Q&A with multidimensional artist Ludo Mich - musician, painter & filmmaker with roots in the Fluxus Movement of the 1960's

"Underground, for me, is the seed where everything sprouts from. Underground are the morlocks from H.G. Wells' time machine."

ThE FantastiC WorlD Of LUDO MICH Ludo was born in 1945 in Antwerp, Belgium. He started his career in 1961 when he began experiments with all the possible art forms: fluxus happenings, painting, electronic music, sculpting, theater, street and sound performances. Since then he has performed all over the world and released lps, cds and tapes of his many music projects and collaborations. Ludo has produced films on 8mm, 16mm, 35mm, video and digital.  He has collaborated with other artists and musicians such as Thurston Moore, Paul LaBrecque, Sigtryggur Berg Sigmarsson, Dennis Tyfuss, Jennifer Walshe, Blood Stereo, Wataru Kasahara, Kiyoharu Kuwayama, Burial Hex, The Joyous Cosmology, Syed Kamran Ali, Pascal Nichols, Roman Nose, Blue Yodel, Mama Bar, Kommissar Hjuler and more.  Now in his 60's, there is no stopping him.  This past summer he toured Belgium with Crank Sturgeon and before the year is out he will take the stage to perform at his daughter's 30th birthday party. LUDO IS FANTASTIC, is an upcoming portrait film of the artist by Woven Skull’ drummer, Willie R. Stewart to be released in 2015.

What do you learn about yourself from the underground art and what does the Counterculture mean to you?

Underground, for me, is the seed where everything sprouts from. Underground are the morlocks from H.G. Wells' time machine. The rest is Wikipedia.

Creation comes forth out of Destruction. That's dialectics. 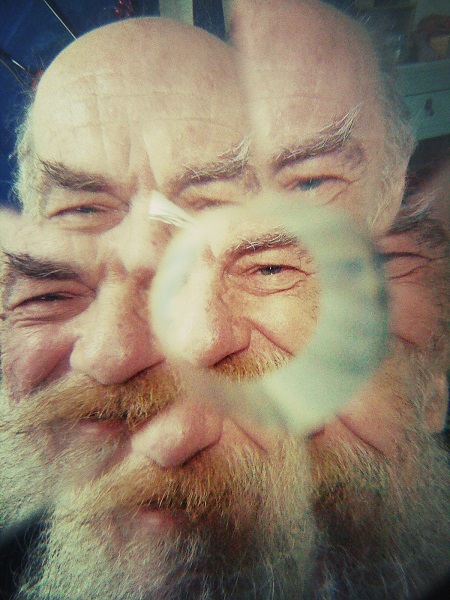 I had many holographic experiences.

What has been the relationship between humor and satire in your life and art?

How does affect your inspiration?

Everything? If you're conscious you get inspired.

What were the reasons that made your generation to start the artistic, social, spiritual searches and experiments?

EVERY GENERATION HAS IT'S own spiritual searches and experiments. My generation wanted to react on the previous generations and I think in this aspect there are still people experimenting with new ideas to counter established conventions...

Every encounter is equally important. Consciousness is horrible.

The seconds that came after he Big Bang. 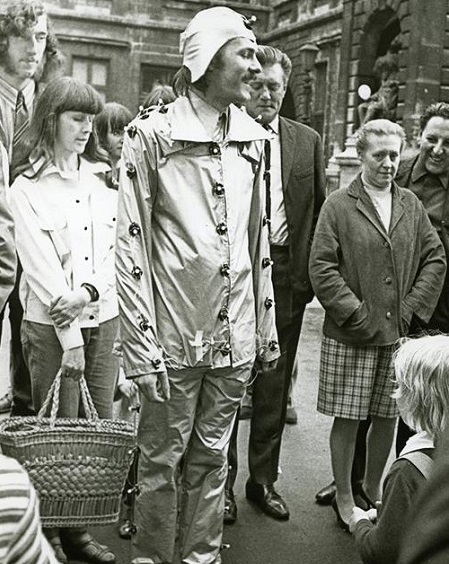 If you could change one thing in the people/world and it would become a reality, what would that be?

The whole world, but I’m not god. God zij drank.

"Every Generation Has It's own spiritual searches and experiments. My generation wanted to react on the previous generations and I think in this aspect there are still people experimenting with new ideas to counter established conventions..."

What are the lines that connect the Beats with Counterculture and continue to Fluxus movement and beyond?

The lines are still running.

What has made you laugh lately and what touched (emotionally) you? Happiness is…

How you would spend a day with Aristophanes?

I would take him to a Greek restaurant, we would drink ouzo and eat lots of tzatziki (Greek garlic sauce). And discuss politics.

What would you say to Buddha?

Ask Frank Zappa? How come you didn’t invite me to your 200 Motels?

The Library of Alexandria where I would like to put in all the books to change the Real History. 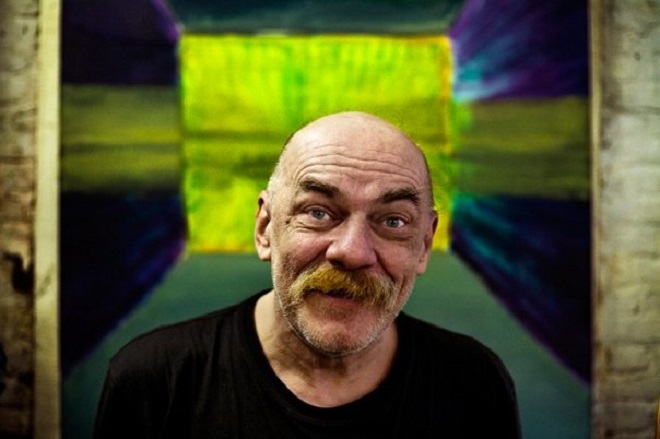