"I always strive for peace and love and all living as one. Also, empowerment. I try to write music that has the ability to take you out of the funk (the bad kind of funk!) and regain your power. One of the songs I released last year is called "Free," it's about women’s freedom, in a sense. It's the freedom from being done raising their kids, and now it's their time to shine and maybe take their journey!!"

Lauren Glick a native of Salisbury MD., and now back living on the Eastern Shore entertains crowds in and around the Ocean City, MD area. Lauren became serious about music in college where she attended Berklee College of Music. She studied under the best vocal coaches and obtained a Bachelor of Music degree in Film Scoring. She also studied bass guitar which was inspired by her most influential musician Amiee Mann from group Til Tuesday. She is influenced by many other greats such at Tori Amos, Kate Bush, Janis Joplin, Robert Plant, Alicia Keys, Anne Wilson, Carole King, Carley Simon, Joni Mitchell, and Fleetwood Mac to name a few. Lauren began singing at age 10 when she discovered the Broadway show Anne. She also grew up with the sounds of Heart and Pat Benetar which she stills loves performing today. She plays in many venues in the Ocean City, Md area! Lauren also has three Cds out. Eternity, Love Tangles, and Keep on Moving. 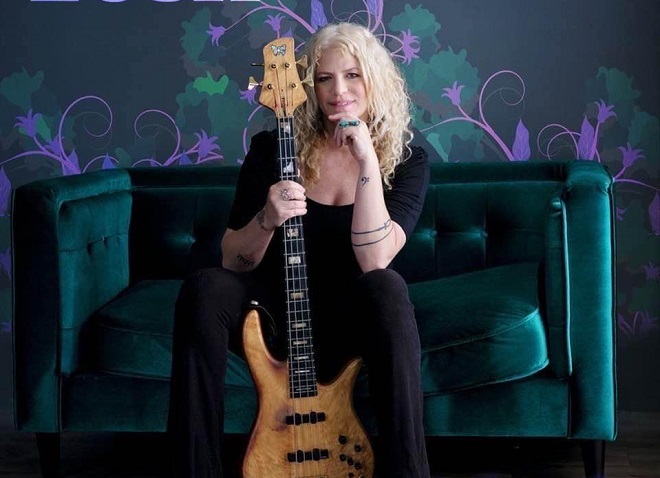 With her soulful style and her heartfelt lyrics you won’t want to miss out on hearing these! Lauren plays keyboards in the band but primarily bass in the duo! Lauren also teaches voice and piano ranging from the ages of 5-65. She says it’s never too late to start taking lessons. She focuses on playing and theory also gives the students an opportunity to do recitals Lauren also teaches at the Red door where she focuses on the art of performance. We do things like mic technique, positive critique, breathing, diction, battling stage anxiety and many performances where students can practice in front of their peers before taking it to the big stage! Lauren Glick new 9-tracks album "Lush" (2022), including such titles as “Love And Peace,” “Don’t Let The Rain In,” “Don’t Add Up,” “Permanent” and “Little White Lies.”

My views on blues and rock counterculture begin with Janis Joplin and other artists that performed at Woodstock and are associated with that freedom peace and hippy era, which influenced my views on the world in many ways. First, it makes me see how much the world has changed; the evolution that now holds a tight knit hold on our controlled country. Music directly touches people. I find, especially with Janis Joplin (as I've been lucky enough to get compared to her), that it takes us back to the era of peace and love as a direct extension of music. I have carefully crafted my new songs on Lush to take us back to the simplicity of that era and sing from the heart and soul and to show the change or growth.

My sound could be described as soulful-bluesy with influences such as Janis, Etta James, and Aretha Franklin (which identifies my philosophy as 'sing from the heart and the soul.') Lyrics are important to identify that soul in a way which tells a story about something relatable. I actually started as a poet and grew to begin adding music to my words. When I was 19, I lost my mother to suicide and that’s when I needed an outlet to write. Remaining very quiet for years after her death, I believe my creative process was essentially brewing in me a short while after I wrote my first song, "Eternity," all about my views of her death and her journey to eternal life. Through the years I get my creative drive from real life experiences, also sometimes I pull from books that I have read, or a subject that is relatable. 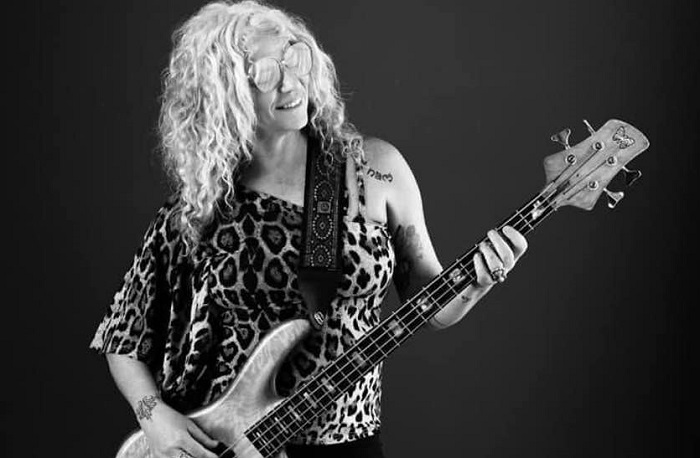 "If I could change one thing in the music world its would be to bring music back to its roots, authentic and real. Lyrics that have the ability to change the world into a peaceful mindset." (Photo: Lauren Glick)

I think one of my best shows was opening up for Cheap Trick. I lost my cell phone on the stage and was trying to run around and find it before the they started. Sweating and in a tizzy, I got off stage and continued to look and I heard someone calling my name, thinking of it as an annoyance with my mind on finding my phone I did not turn around until someone told me was Rick Nielsen wanting me to hang and chat backstage! They loved our set, and that was special to me because they were one of the first bands I ever saw live.

There is nothing that compares to music of the past. I can't ever listen to modern radio anymore. Vocally not many compared to late greats such as Aretha, Etta James, and even recent singers like Ann Wilson (Heart). Musically, the future for true musicians to arise is scary. The market is oversaturated with people who want to be tik tok stars. They don’t even have to sing; they can call themselves musicians and get 100,000 hits.

Being in mostly bands with guys I now find a sense of equality. I think women now have a place to shine. I remember back when I went to Berklee College of Music, I wanted to play bass. Today, that's my first instrument and the love of my life, but back then the teachers were confused, 'a woman who plays bass?' I was a big time Aimee Mann fan back then, and she played the bass, so I had to learn! But today I feel a sense of equality, especially when the woman who runs the band is me. 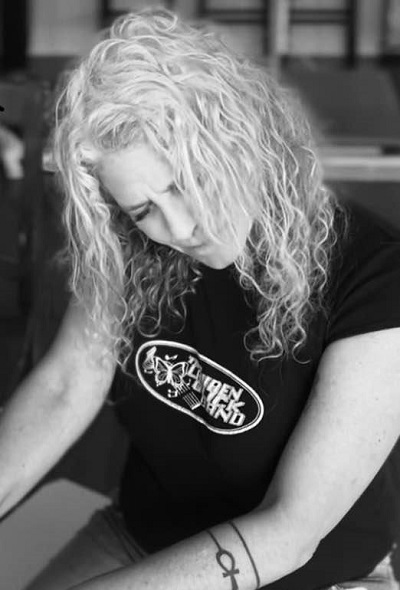 "Musically, the future for true musicians to arise is scary. The market is oversaturated with people who want to be tik tok stars." (Photo: Lauren Glick)

What is the impact of Blues/Rock on the socio-cultural implications? How do you want the music to affect people?

I always strive for peace and love and all living as one. Also, empowerment. I try to write music that has the ability to take you out of the funk (the bad kind of funk!) and regain your power. One of the songs I released last year is called "Free," it's about women’s freedom, in a sense. It's the freedom from being done raising their kids, and now it's their time to shine and maybe take their journey!!

If I could change one thing in the music world its would be to bring music back to its roots, authentic and real. Lyrics that have the ability to change the world into a peaceful mindset.

One of the most important lessons on my musical journey is to treat every fan with respect and love. To remain humble and to continuously smile. As a performer, you are there to make the audience feel good.