Q&A with musician, poet, artist and playwright Neil Oram: Only the NOW is real

"The psychedelic era grew out of the jazz-Beat-blues energies."

Neil Oram is a British musician, poet, artist and playwright, best known as the author of The Warp, a 10 play cycle, directed by Ken Campbell. Oram is a Celt born in Torquay in 1938. His father, Bob Oram, was a sportsman and musician, a champion cyclist who played the fiddle and mandolin. He was also a witty cartoonist and an accomplished conjurer. In the Second World War Bob Oram worked with Frank Whittle on creating the first jet engine. He was an expert gardener and later worked managing a large flower shop. Above all Oram’s father was a warm-hearted and spiritual teacher. By contrast, Oram’s mother was nasty and cruel, a tyrant who freely handed out demonic curses to anyone who in any way displeased her. “Cursed was the day that you were born!” was one of her favourites. His upbringing led Oram to learn to find spiritual strength in himself and to find pleasure in solitude. 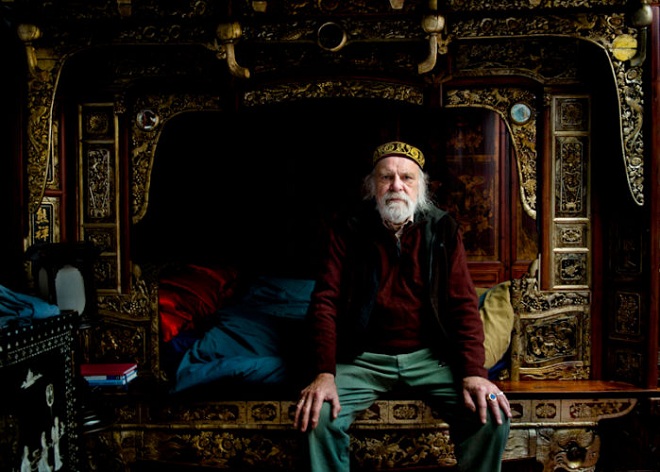 Oram was ‘educated’ at Torquay Boys' Grammar School where the Headmaster - ‘Soapy Joe’ Harmer - pronounced that Oram was the worst behaved boy in the whole history of the school. This was after Oram had organized a couple of mass rebellions and refused to be caned. In his second year a fellow 'rebel' pupil, Paul Eva, introduced Oram to modern jazz. Oram has recounted how the moment Eva played him Gerry Mulligan's ‘Walking Shoes’, instantly his life was changed. Soon, via a primitive record player and earphones in his father's shed, Oram discovered the art of Dave Brubeck, Miles Davis, Thelonious Monk, Charlie Parker, Dizzy Gillespie, Stan Getz and Charlie Mingus. New very sharp modern clothes were tailored and worn at the modern jazz gigs held in the Torquay Town Hall where combos like The Tony Kinsey Trio and The Don Rendell Sextet.

Newly released from Barncott Press a novel "Inside Out" and a true story "The Friends of Deception" a full script of a newly released play by featuring the eccentric Indian guru Babaji.

This poem should answer this:--

One night a poem found me

Placing everything where it belongs,

It came upon me singing, flowering

From the flow not built up

The glacier of my self-bound striving.

Imprisonment is a conviction.

It found me when I was walking

Everything a humming burning stillness.

It kicked out all sentimentalism.

In the SHOCK I almost FROZE!

We ARE and all IS.

Leaves on your shoes

This freezing shock....where we are

Is not a passing through

That corner which you pass by

That familiar crossroad holds the sky

Of infinity which you must drown in.

So SEE, before you see

But isn’t this the moment which you fear

unfolding in your heart?

What have you learned about yourself from giving your life to painting, poetry and philosophy?

First, the self—myself—yourself……is not who I AM. Not who you are. You are far deeper than yourself. Those who didn’t real-eyes what the essence of the flower-power revolution was all about imagined it was freedom FOR THE EGO and their self.

Actually it was an invitation to find freedom FROM the ego and the self.

How would you characterize the philosophy of Neil Oram? 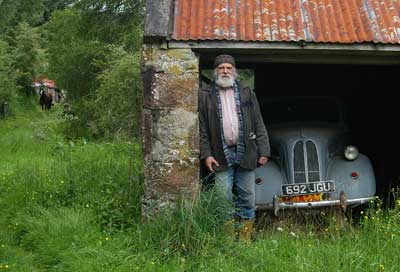 Live by what you know to be TRUE in your heart. Live it.

In 1968 I set up a center for people to give birth to their real self (soul). It’s a spiritual maternity hospital without dogma. At present I’m looking for new people who feel the call to give birth to their potential soul. I live in a very wild landscape overlooking Loch Ness in the highlands of Scotland. Photo © by Sean Pollock

What has been the relationship between music, visual art and poetry in your life and writing?

When I first saw a Robert Delaunay painting I experienced it as visual music. It was called ‘Windows on the City”

If you look at my paintings on my web site and look at the paintings called ‘DIAMOND SERIES. You will see if you can SEE that they are a sort of visual version of Bach’s keyboard fugues.

I listen to music every day.

I think it is impossible to know the answer.

My whole life has been intensely interesting.

What do you think was the relationship of Beats, Blues & Jazz to Psychedelic era and British 50s - 60s counterculture?

Well, the psychedelic era grew out of the jazz-Beat-blues energies.

"Live by what you know to be TRUE in your heart. Live it." Photo: Neil Oram at The Big Green Gathering

What's the legacy of Jazz in world culture and art?

It’s a radiant thread weaving it’s magic way through the warp of the mad whirld.

Which memory from The House of Sam Widges makes you smile?

Holding a large canvas in the basement of Sam Widges…and being spattered in paint all over my beautiful velvet collared overcoat… as William Morris the American beat poet/painter hurled paint around to the music of the Graham Bond Quartet.

Which meetings have been the most important experiences for you? Are there any memories you’d like to share?

Having a private meeting with Krishnamurti in the early sixties. This is recorded in THE WARP. The text is available on my web site.

Meeting Herakhan Baba in 1983/84 recorded in my play THE FRIENDS OF DECEPTION available as a KINDLE BOOK.

What do you miss most nowadays from the 50s - 60s bohemian era?

The sense of hope, freedom of movement in daily life, the creative music and bright colours erverywhere.

If you want the world to change for the better…begin by learning what your self IS.

My advice is that it is imperative to understand that the self is not who one is. The self can not listen. It can only hear and record. Only Being can listen. The word ‘soul’ in its true meaning refers to the soul. The soul has a self but it is not the self. 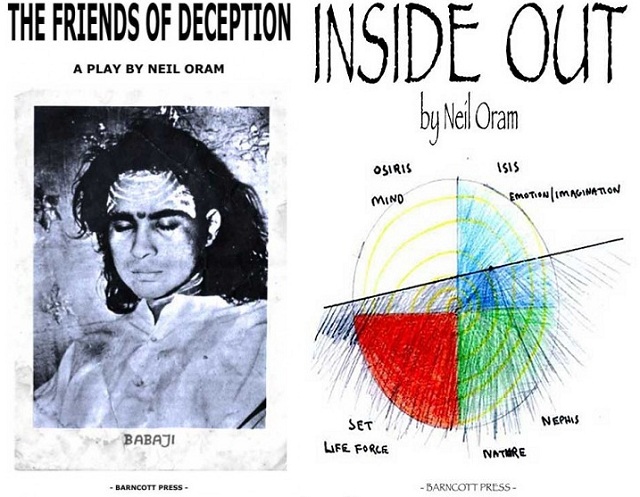 "If you want the world to change for the better…begin by learning what your self IS."

There is no such reality as ‘the future’. Only the NOW is real.