Q&A with Nashville country-rock duo Jesse & Noah Bellamy, grounded by the legacy of musicians in their family

"The first thing you want is for people to have a good time. If people have a good time together, a lot of their differences disappear. Most music comes from a certain time and place; and possesses a certain identity. The hope is for a song to embody an identity, but transcend it at the same time. The best country music, bluegrass, hip-hop, and blues music reaches well outside of its original audience."

Jesse & Noah: Down the Roots Hole 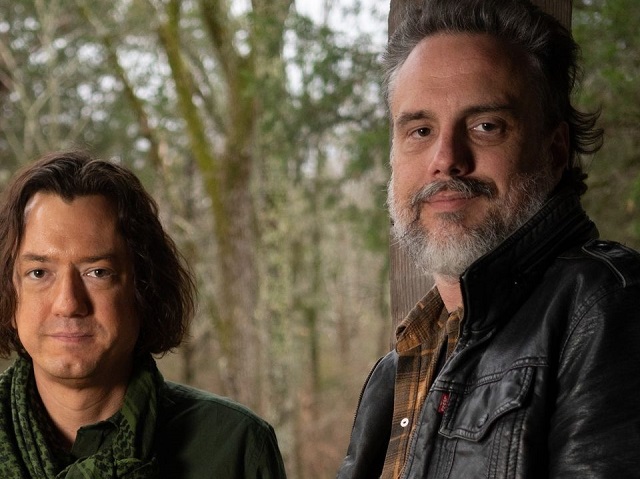 Southern Usonia was self-produced at their home studio in Nashville, Tennessee and released October 2016. Rolling Stone Country premiered a video for the single, "This Town Was Built on Heartbreak Songs", filmed at the Nashville Palace and featuring footage of honky tonks on Lower Broadway, and celebrity cameos from Tanya Tucker, T. G. Sheppard, Ronnie McDowell, Deborah Allen, and the Bellamy Brothers. Like the classic sibling duos who preceded them, Jesse and Noah Bellamy share an uncanny communication as singers. But unlike many of them, they do mostly original material. Unlike many who do co-write, they follow the Lennon/McCartney model; each builds a foundation, then gives it to the other for the final polish. They’ve also shown a willingness to explore, to the point that maybe country isn’t even the best description of what they’re doing these days. True, their musical roots show throughout their album, Neon Pike (2018). But what grows from those roots spills across genre lines. Along with fiddles and steel guitars, it’s powered by thundering drums, shredding electric guitar and hefty doses of Americana, rock ’n’ roll and elements that are harder to categorize. Jesse & Noah will be releasing new music soon.

How has the American Roots music influenced your views of the world and the journeys you’ve taken?

Jesse: Playing music has allowed us the opportunity to travel and experience the world.

Noah: When you're playing American Roots music, you represent a certain culture. Traveling the world and playing music can help you to see yourself the way others see you. Hopefully, you gain some awareness and perspective.

Where does duo's creative drive come from? What do you hope is the message of duo's music and songs?

Jesse: Creativity comes from multiple sources as an artist you just try and follow down whatever rabbit holes it takes you and discern any message it’s trying to give you.

Noah: We have two writers, so there is a little bit of a competitive element, but we’re always trying to make each other's songs better. We’ve been more into story songs lately. Hopefully people identify with the stories and characters in the songs. It’s all about creating a connection.

Jesse: Met Steve Earle once at the Belcourt theatre in Nashville. He told me, “Enjoy the show” and I did!

Noah: We were very lucky to get to meet some of the legends who are no longer with us. Merle Haggard, George Jones, Johnny Paycheck, Waylon Jennings, Vern Gosdin. They were very unique individuals. I don’t remember any specific advice, but the takeaway from meeting all of them was probably: be yourself…at all costs, be yourself. 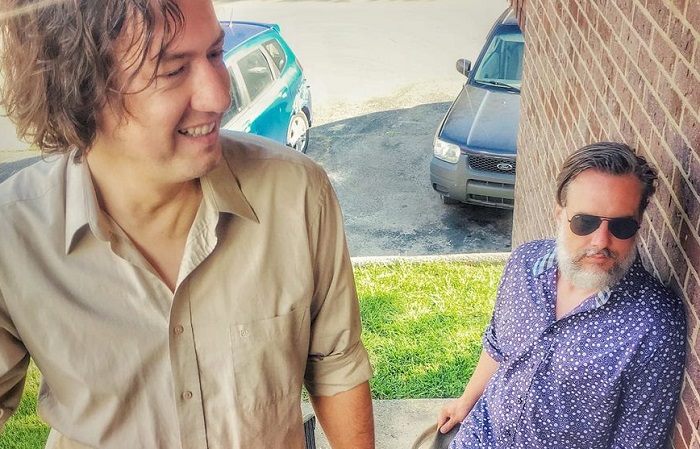 "Creativity comes from multiple sources as an artist you just try and follow down whatever rabbit holes it takes you and discern any message it’s trying to give you." (Photo: Country-rock duo Jesse & Noah)

Jesse: Recording with our band at Johnny Cash’s cabin.

Noah: The first time playing with Nashville session players. I had met some of them and watched them work, but being on the floor with them was a different experience. Having Paul Franklin play my licks back to me was quite an experience. Growing up, Dire Straits “On Every Street” was one of our favorite albums.

Jesse: There’s always good and bad music in any era and sometimes it even takes a few years to figure out that some of that bad music was actually good music all along.

Noah: Well, at the moment, I miss full-capacity live shows. We all took it for granted before the pandemic. We hope live music will make a full recovery. For the sake of the whole world, it must.

Why do you think that the Nashville music scene continues to generate such a devoted following?

Jesse: Music is a big chunk of Nashville’s history. There’s no other place on the planet like it.

Noah: Nashville's music scene is different from most others, it's multi-generational. It has more to do with passing down traditions than rejecting them. New York, Los Angeles, and London have scenes that come and go with micro-generational trends. They’re all ready to kick you out when you turn 30. Nashville remains consistent and appeals to a wide demographic of people. 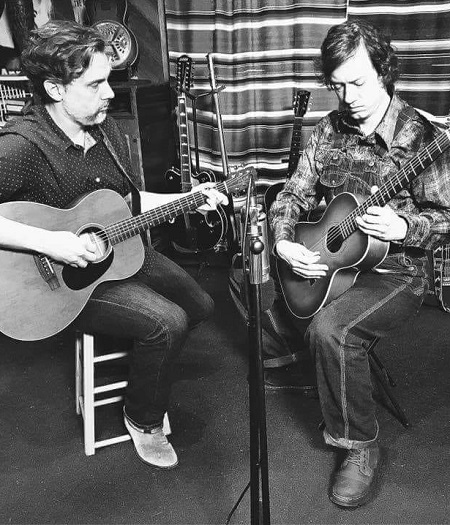 Jesse: Hopefully it transcends any socio-cultural implications and gets directly to the heart.

Noah: The first thing you want is for people to have a good time. If people have a good time together, a lot of their differences disappear. Most music comes from a certain time and place; and possesses a certain identity. The hope is for a song to embody an identity, but transcend it at the same time. The best country music, bluegrass, hip-hop, and blues music reaches well outside of its original audience.

Noah: Probably Dallas in 1936 to watch Robert Johnson record. I think many guitarists would agree with me.