"Staying true to your vision. Take advice and suggestions from people you trust, but in the end, trust your instincts. Dare to dream, and don’t listen to the non-dreamers."

The Porkroll Project, from the greater Philadelphia, PA area is hard rocking 5 piece blues band who play a high energy blend of fresh covers and originals. The music is blues, but it's done up Porkroll style. Little bit of grease, good dose of funk, whole lotta drive and grind. Throw that together with some dangerous lead guitar and harmonica, powerful organ, and rippin' piano, and you have a recipe for a night where anything can happen! The band has a collective experience that runs deep and wide, having played together in various other projects for over ten years. They are well seasoned veterans of events such as the Philadelphia Jam on the River, the Annual Chameleon Club Blues Festival, the Philadelphia Folk Festival, the Riverfront Blues Festival, the Billtown Blues Festival, and the Paoli Blues Festival. January 2010 saw The Porkroll Project competing in the International Blues Challenge in Memphis TN, where the played three nights at the New Daisy Theater on Beale Street, placing in the top 20 our of 110 acts. The band is led by the outstanding blues guitarist, Neil “Porkroll” Taylor, who is known throughout the region for his tasty playing and original blues compositions. His partners in the project include Joey “Bignote” Stout on organ, Paul Matecki on piano, Ed Young on bass, Chad Edstrom on drums, and Buddy Cleveland on harmonica.       (Photo: Neil "Porkroll" Taylor) 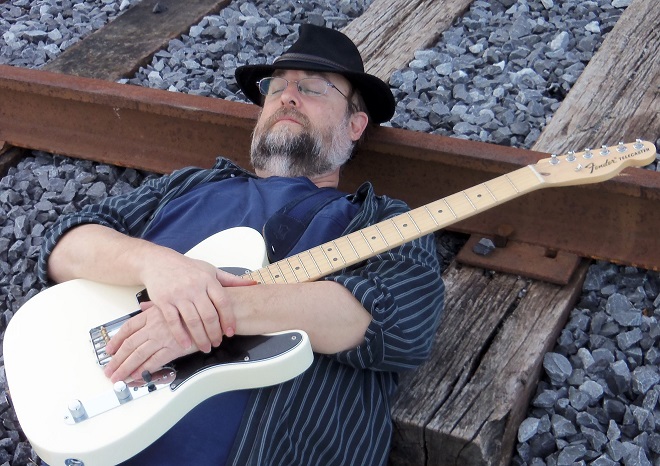 Neil "Porkroll" Taylor comes from a long line of watermen and pirates. He has two basic loves -- playing guitar and cooking. His BBQ is well known throughout the Delaware Valley, as is his tasty blues playing. His musical influences range far and wide, but credits Buddy Guy and Luther Allison as his most recent inspirations. Previously, he co-founded the well-known MudBoy blues band which played around the Southeast Pennsylvania for nearly a decade. For a time, he also performed with Melissa Martin and the Mighty Rhythm Kings. He also brings his tasty guitar to the Union Street Blues and Legendary Sinners bands. “Papa Didn’t Raise Me Right” (2021, Roadhouse Redemption Records) is their fourth release. The name seems to derive from main-man Neil ‘Porkroll’ Taylor and his apparently famous barbecues!

Well, that’s a loaded question right off the bat! I’m not a philosopher, but I would like to think that it’s given me bigger eyes and ears; the ability to see things from a wide variety of viewpoints. I think the biggest gift that the counterculture has given us is the freedom to question the status quo and come to thoughtful conclusions.

My sound is probably best described as contemporary blues/Americana. It begins with the blues, but sometimes a song will take on a life of its own and wander into country and even gospel territory. My creative drive? Everyday life!

Two instances: Years ago, I took a master class from G.E. Smith at Jorma’s Furpeace Ranch, and he encouraged us to listen to a wider range of music. He called it “having big ears”. The second and probably most influential; when COVID lockdown began, I was approached by Doug MacLeod to become one of his online Zoom students. What he taught me about musicianship and musicality over the next 18 months will live within me till I pass from this life! I owe him a huge debt of gratitude! He taught me how to listen and live with every note I played.                          (Photo: Neil "Porkroll" Taylor) 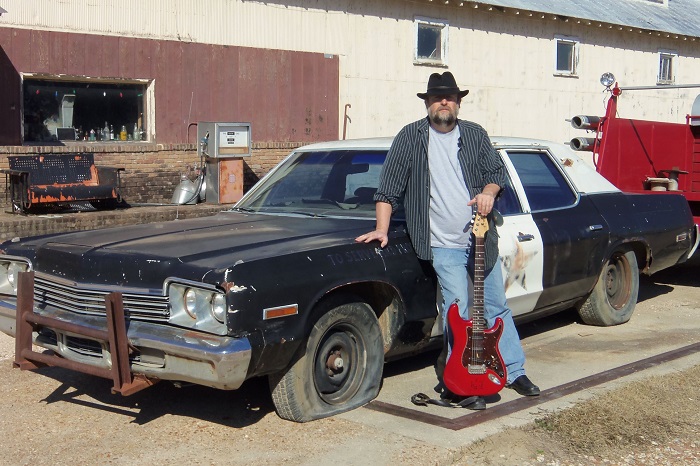 "I could maybe say that I miss the improvisational nature of the music I grew up listening to, but it’s still there if you look for it. I was a huge Allman Brothers fan, so I love listening to the Tedeschi/Trucks Band. Someone recently turned me on to Snarky Puppy. I know its not blues, but holy shit!! Its great music!"

Wow, there are so many. Blues artists are by and large so gracious and giving. I’ve played festivals as an opener, and I have never been treated by a headliner as less than a peer. I once went to a small club to see Michael Burks; we had hung out before at an event we both played. This particular evening, we hung at the bar till 3am, swapping BBQ recipes! I miss him a lot. Mike Farris agreed to come and sing one of my songs; that was a fun session!  He’s a great person with an incredible voice!

Well, I could maybe say that I miss the improvisational nature of the music I grew up listening to, but it’s still there if you look for it. I was a huge Allman Brothers fan, so I love listening to the Tedeschi/Trucks Band. Someone recently turned me on to Snarky Puppy. I know its not blues, but holy shit!! Its great music!

What would you say characterizes Philly blues scene in comparison to other local US scenes and circuits?

Many people in this area think that the Philly blues scene is dying. I disagree; it may be hibernating, but I think it’s soon going to wake up with a roar! There are a lot of great players in the region, and plenty of blues fans. Once we get beyond the pandemic, people are going to be hungry to get out and listen to live music again.

Staying true to your vision. Take advice and suggestions from people you trust, but in the end, trust your instincts. Dare to dream, and don’t listen to the non-dreamers. 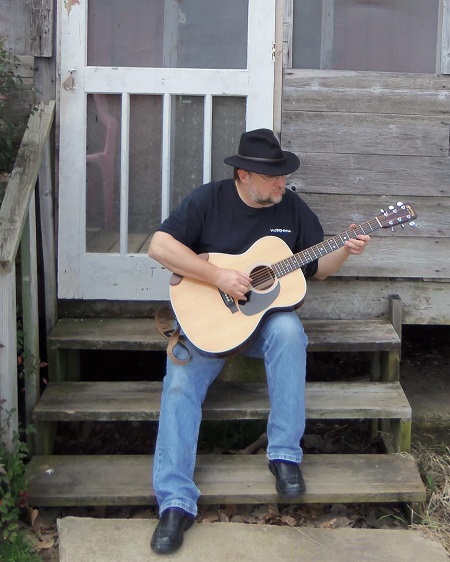 Well, first and foremost I’d like my music to cause joy. I’d really like it to put a smile on the listeners face. I tend to write about things that amuse me. In the more serious moments, I’d like to avoid preaching. I’m more interested in “opening up the floor for questions”.

"My sound is probably best described as contemporary blues/Americana. It begins with the blues, but sometimes a song will take on a life of its own and wander into country and even gospel territory. My creative drive? Everyday life!" (Photo: Neil "Porkroll" Taylor)

That’s a tough question. My initial answer would be to spend April 4th, 1968 with Dr. King, and maybe take the bullet… But I’ve done enough reading about messing with the time line. September 26, 1937; I would have liked to have been at Bessie Smith’s last performance, at a house party.