Q&A with New Orleans-based Jason Ricci, one of the best and most imitated blues harmonica players nowadays

"I guess a life well lived is one that helps others and has some amount of service to others and/or to God or to whatever it is that makes you want to be a better cat."

New Orleans-based artists Jason Ricci and Joe Krown, and will release their debut duo album, City Country City, on October 22, by Gulf Coast Records. Harmonica player/singer Jason Ricci is a multiple Blues Music Award-winner, while organ/piano player Joe Krown has legendary Crescent City credentials and is currently the keyboardist in Kenny Wayne Shepherd’s band. Together, they team up as Ricci/Krown on their new CD, City Country City, a retro soul-infused outing that features Jason’s gutsy vocals and stellar harmonica, overlaid with Joe’s melodic and earthy organ playing. City Country City brings back the sound and feel of early 1960s jazz/blues with an original sound all its own. Jason Ricci is one of the best and most imitated blues harmonica players of the 21st century. He picked up the instrument as a teenager when he started playing in a punk rock band. His journey started in earnest when he watched and later was mentored by legendary harmonica player Pat Ramsey in Memphis. 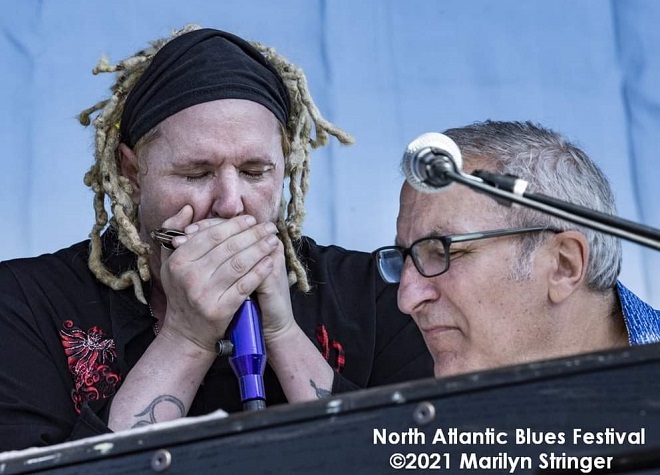 As Ricci gigged and grew as a player he found work and support from the southern blues community. He lived and played with Junior and David Kimbrough in Mississippi and then worked as a sideman with Big Al and The Heavyweights for more than a year. In the late ‘90s, he formed Jason Ricci and New Blood, a band that toured around the world for more than a decade and released critically praised albums like Done with the Devil and Rocket Number 9. Ricci’s latest chapter is the New Orleans band Jason Ricci and The Bad Kind, which is influenced by the sounds of New Orleans and artists like The Meters and Doctor John. What defines Jason Ricci as an artist is the fearlessness with which he approaches his instrument and music and translates the hardships we all face into unforgettable music.

Fun question! I’m not sure there ever was a Blues or Rock Counterculture in my life...If there was I think I missed it... Playing with David Kimbrough, RL Burnside and Junior was definitely a cultural experience, but it wasn't part of my culture... I guess I learned from that the importance of being myself on and off stage... That’s all they were doing and all really any artist I TRULY loved was ever doing.. I’m still working on that. I think growing up loving punk music and skate rock and the skate culture definitely shaped my humor and attitude more than anything else - to try and actually answer your question. Ha!

Where does your creative drive come from? How do you want City Country City album to affect people?

A lot of the creative drive of this record comes from New Orleans and Joe Krown, himself, and the songs he plays a lot at the Maple Leaf with his trios and with Walter Wolfman Washington. The title track, of course, is a beautiful and funky track by the band War, an outfit that has influenced me heavily since I was a teenager. We really changed it a lot for the organ trio format just by having the harp going all the time throughout the tune acoustic and amplified with a few effects. The rest is just Blues and of course all the organ trio music of the ‘60s: Jimmy Smith, Brother Jack all those people. 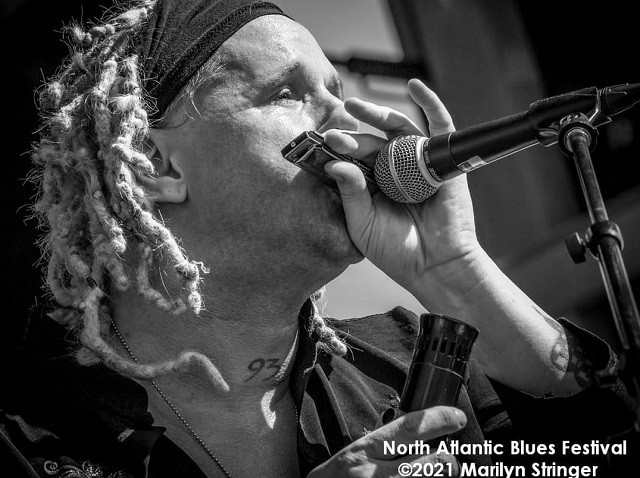 "Just be yourself. I’ve learned the hard way that my music career is NOT who I am, a musician isn’t even who I am, it’s only what I do. "Who I am": is a flawed but loved and forgiven Child of God and that ongoing experience its ups and downs...well that’s what I’m trying to sing and play about... Also get use to Ramen noodles and don't take checks." (Jason Ricci / Photo by Marilyn Stringer)

What would you say characterizes NOLA music scene in comparison to other local US scenes and circuits?

I would say the music here is its own thing. And not just like New Orleans jazz, or blues, or funk, brass band or zydeco. I mean we got all that and just listing all that, I’m thinking of so, so many artists, it’s incredible but it’s all got its own New Orleans idiosyncratic vibe intrinsic to this City.. It’s really amazing... I mean you got neighborhoods that got their own streetbeats/clavs/second lines depending on the tuba/sousaphone guy that’s currently the shit in that neighborhood. It’s pretty unique and we have more live gigs everyday than any other city in the world hands down, so add that. The vibe is pretty accepting, too, not really that competitive. Of course the cats that grew up there are and should be protective of the city, its gigs and culture and you know that’s a thing because I’m not from here originally but I respect it immensely. It’s the greatest place on Earth.

What do you love and what touched you from the sound of harmonica? What moment changed your career the most?

I like all the microtonal possibilities and it’s a hefty challenge to even play simple jazz on, so that fun too, It really reaches and surprises people when it’s done well because the bar for most listeners is pretty low – ha!. It was probably seeing James Cotton when I was 13 in Maine, then hearing Big Walter play “Trouble in Mind” that got me really serious. After that it was Little Walter, Butterfield, Al Wilson, George Smith, then modern cats like Pat Ramsey - probably my most audible influence, then cats like Adam Gussow and a lot of Howard Levy.

What are some of the most important lessons you have learned from your experiences in the music and life?

Just be yourself. I’ve learned the hard way that my music career is NOT who I am, a musician isn’t even who I am, it’s only what I do. "Who I am": is a flawed but loved and forgiven Child of God and that ongoing experience its ups and downs...well that’s what I’m trying to sing and play about... Also get use to Ramen noodles and don't take checks. 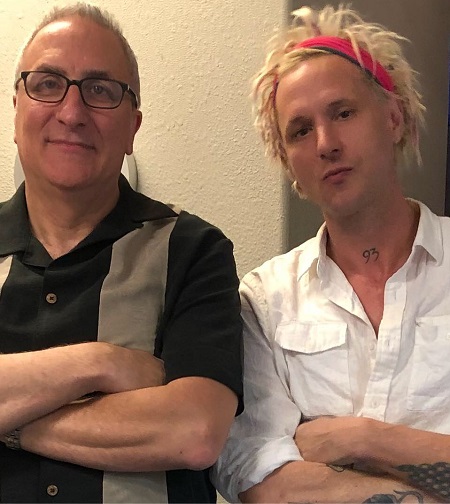 "I would say the music here (New Orleans) is its own thing." (Photo: Jason Ricci & Joe Krown)

Do you have any stories about the making of the new album with Joe Krown?

Working with Joe Krown makes me feel like I’m finally beginning to be a musical grown-up. But we still have as much fun as little kids! Being linked up with a New Orleanian with Joe’s heavyweight history is truly a dream come true.

What is the impact of Blues (and music general) on the racial, human rights and socio-cultural implications?

Music should, does and can bring people together; other than saying that I’m gonna leave this one to the experts on Facebook.

What do you think is key to a life well lived? How important is/was activism in your life and inspirations?

I guess a life well lived is one that helps others and has some amount of service to others and/or to God or to whatever it is that makes you want to be a better cat. I’m not an activist at all for anything other than what I really KNOW about... I've personally ceased fighting. So if you're a queer kid with a crack or heroin problem or you're curious about how to play a few cool scales or arpeggios over some pretty easy chord changes I got you...Call me!