"The SOUL and organic quality of REAL music, made by humans; truly talented people playing real instruments and singing from the heart; no tricks, no bullshit, just absolutely honest and pure music... coming straight from the soul."

Multi award-winning Doug Duffey and BADD are a North Louisiana-based quartet specializing in 100% original ‘Bayou Funk’, ‘Swampadelic’, Bluesiana and Delta Soul music. Influenced by old school 70’s funk and soul classics, as well as their native regional New Orleans funk, Memphis Soul, Louisiana R&B, and Louisiana Delta blues, they’ve recycled, refried, refunked, redefined and repackaged it all into their own personal post-modern slammin’ jams. Doug Duffey and BADD’s sophomore album, “Play The Blues” (2019), is deeply rooted in regional blues and flavored with a pinch of Memphis Rock-N-Soul. Duffey is joined by Ben Ford, Adam Ryland and Dan Sumner, who also co-wrote some of the songs. Together they form the rhythm section of the ‘award-winning’ Louisiana Soul Revival featuring Doug Duffey and they are the house band at Fort Sumner Studios in Monroe, LA. DOUG DUFFEY: Born in Monroe, Louisiana in 1950, Duffey began singing and playing piano at an early age; he was composing and performing professionally by age 14. His first single, recorded in Nashville in 1970, was chosen by Billboard, Cashbox and Record World as “Pick Hit” and broke into the top 100 charts. He has written songs for and/or recorded with George Clinton, Funkadelic, Rare Earth, Bootsy Collins, Bernie Worrell, Keith Richards, Herbie Hancock, David Byrne, Maceo Parker, Fred Wesley, Anders Osborne, Little Queenie, Marcia Ball, and other artists. He has been called “one of the most prolific songwriters living in Louisiana” and has recorded 11 albums of original material to date. A poetic lyricist, his songs are intelligent, intellectual, sophisticated and soulful, whether solo or with full production; on record or performed live.

DAN SUMNER: Louisiana-based guitarist and music producer. He is an internationally-acclaimed guitarist who performs and tours the world regularly with acts such as Doug Duffey and BADD, Louisiana Soul Revival featuring Doug Duffey, Steve Howell, Louis Romanos Quartet, LA Legacy Jazz Band, Glynn Styler, Janice Jaffee and many others. He owns and operates Fort Sumner Studio where he has recorded and/or produced dozens of critically-acclaimed albums.

How has Louisiana's music and heritage influenced your views of the world and the journeys you’ve taken?

DOUG: I was born in Louisiana in 1950, and raised in the deep, fertile culture and music of the Mississippi River Delta of the time. My parents were fans of John Lee Hooker, Slim Harpo, Jimmy Reed's music, among others: my brother and sister, being teenagers, were into the rock and roll of the era: Elvis, Jerry Lee Lewis etc. I was raised in the Southern Baptist church, which has a long rich gospel music tradition. [I am now Greek Orthodox]

My world view has been formed by my early love of literature, poetry, classical music, history and art, and having spent much of my earlier life living in international cities, such as New Orleans, Los Angeles, Nashville; since the late 80s I have toured and lived in various countries and cities in Europe, and have therefore been exposed to those many cultures. My southern musical heritage has always stayed with me, and I've stayed true to my Delta roots [from Memphis to New Orleans] blues, soul, gospel, 'old school' rock and roll and southern funk;..

DAN: I moved to Louisiana in my early 20's and, except for the time we were displaced due to Hurricane Katrina, have lived here since. I arrived in New Orleans with a Master's degree in Jazz (New England Conservatory) and soon realized that my education was just about to truly begin. The deep and rich musical history and practice of New Orleans (and Louisiana music in general,) has rooted itself deeply in my musical practice and journey. Music has taken me all over the world and I make certain to search out the local music and culture wherever I travel, and allow those experiences to help shape my guitar playing and composition. 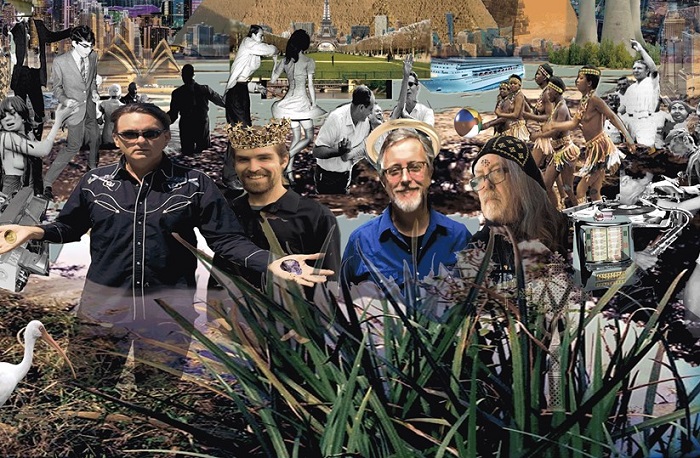 "The many talented and gifted artists I have performed and recorded with throughout my lifetime. Music is communication; it is sonic and spiritual intercourse, with each being a unique experience. Best advice: "never give up your songwriter or publishing rights". (Doug Duffey and BADD / Artwork by Doug Duffey)

DOUG: I have been writing original music since I was a pre-teen. Studying classical music, I began improvisation and experimental music [which I still create] - improvising on piano and recording everything to a reel-to-reel tape machine back in the day. I began writing actual 'songs' as a teenager, when working in a small local band, since so many artists of the 60s wrote original music. Most of the pop music of the 60s [British invasion] was just recycled American blues and rock and roll. I have always felt that my creative drive is a gift from the Divine creator. I feel myself to be like a "radio"; receiving transmissions which are channeled through me. Songwriting -music and lyrics- comes easily to me; it is like 'automatic writing'; music comes to me and through me. I do not labor to write music/songs; it/they either come or they don't.

My music is organic and comes from whatever mood I am feeling at the moment; normally my lyrics are primarily autobiographical and/or journalistic; created from my own personal experiences; my own life, or things I have heard about or seen. But 90% autobiographical. My songbook covers a wide spectrum of musical styles from Blues to Soul, Funk, Rock and Roll all the way to Ambient and experimental music. I have been writing songs for 45+ years. I very rarely work with other writers, but currently write songs with my bandmate/coproducer Dan Sumner.

DAN: I am more of a co-writer/arranger/producer than a songwriter. So, my "songbook" is more of a collection of collaborations with primary songwriters than an individual body of songs. When I do write, the songs tend to either appear in my mind (often in dreams) mostly completed and then I (or we) work them out in the studio. My creative drive arrives when I am mentally silent and allow the music to come in, like a wave. This applies to both composing and improvising. The arranging/production process is different. I listen to the song and imagine how I want to hear it, and then do my best to bring that into reality. 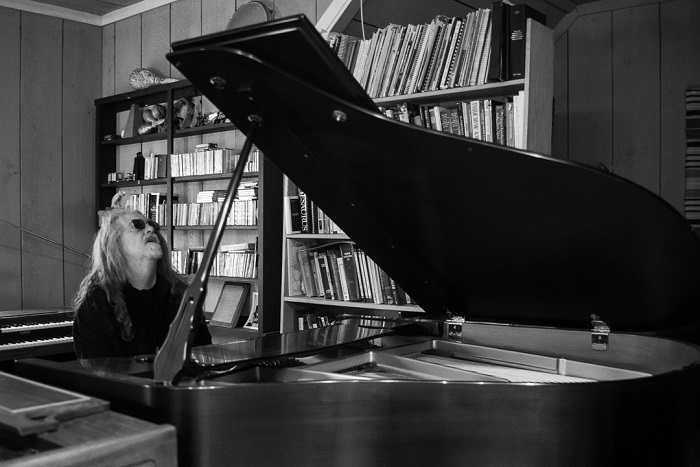 "My music is organic and comes from whatever mood I am feeling at the moment; normally my lyrics are primarily autobiographical and/or journalistic; created from my own personal experiences; my own life, or things I have heard about or seen. But 90% autobiographical." (Photo by Andrew L Bailey)

DOUG: The many talented and gifted artists I have performed and recorded with throughout my lifetime. Music is communication; it is sonic and spiritual intercourse, with each being a unique experience. Best advice: "never give up your songwriter or publishing rights".

DOUG: I live in the moment, and don't really dwell on the past. Having done thousands of gigs, and recording sessions, there have been too many to recall. Again, each and every one is different. I 'share' 100% of myself in my performances.

DOUG: The SOUL and organic quality of REAL music, made by humans; truly talented people playing real instruments and singing from the heart; no tricks, no bullshit, just absolutely honest and pure music... coming straight from the soul.

DAN: I'd like to see the audio quality of recordings improve. It's true that there is significant loss in today's compression formats (i.e. mp3) and I believe that this affects the way we hear music and feel more than we may realize.

DAN: That musicians would be fairly compensated for our recorded work. Streaming is really hurting us. 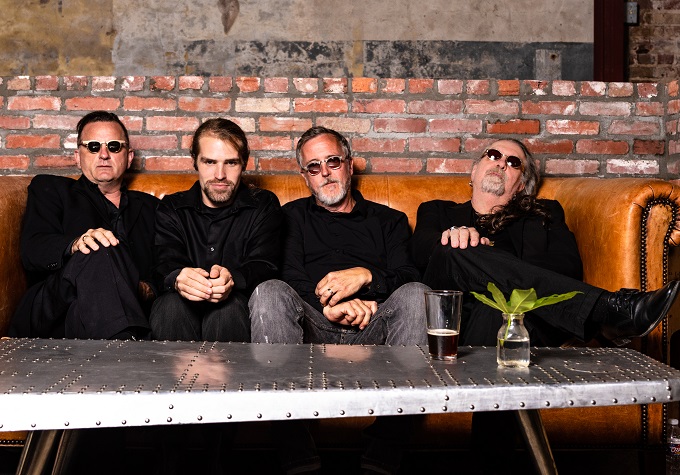 "Louisiana music has had, and continues to have a tremendous impact worldwide. It is the home of Jazz, which is the parent music to much, if not all, of American music." (Photo by Andrew L Bailey)

What would you say characterizes New Orleans music in comparison to other local US scenes?

DOUG: The rhythms: from marching bands, to voodoo chants and rhythms, to Caribbean music which influenced a lot of early New Orleans music; the rhumba beat is STILL found in many New Orleans songs. New Orleans has been, or was, the most multicultural city in America for many decades; so, there is a big mix of cultural influences.

DAN: For me, it's all in the rhythm and the musical feel. I can always tell who has, and who hasn't spent time there when listening to other musicians play.

DAN: Always perform to the best of your ability, regardless how many people came out to hear you that night.

What is the impact of Louisiana's music and culture to the and socio-cultural implications?

DAN: Louisiana music has had, and continues to have a tremendous impact worldwide. It is the home of Jazz, which is the parent music to much, if not all, of American music.

DAN: I'd go back and play with Billie Holliday and the Duke Ellington orchestra, amongst others... 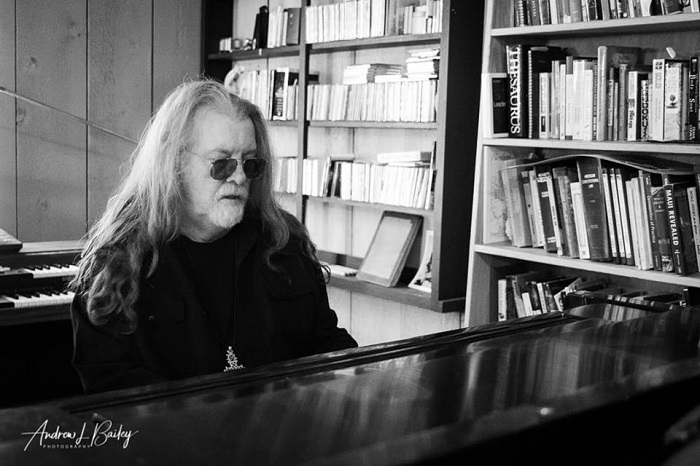