"Music is 'The' universal human language and should be shared equally with all."

Dale Bandy is an inspired artist with more than 40 years of experience. He wears many hats, including lead vocalist, guitarist, songwriter, bandleader and producer. Based in Orlando, Florida, Bandy can be characterized as a chameleon of the blues as he moves effortlessly between traditional blues, ’50s style blues, blues-rock, and his own unique take on contemporary blues. “blue.” is Bandy’s debut album as a solo artist. Inspired by real-life events and scheduled for release on October 19, its emotional content is self-evident. 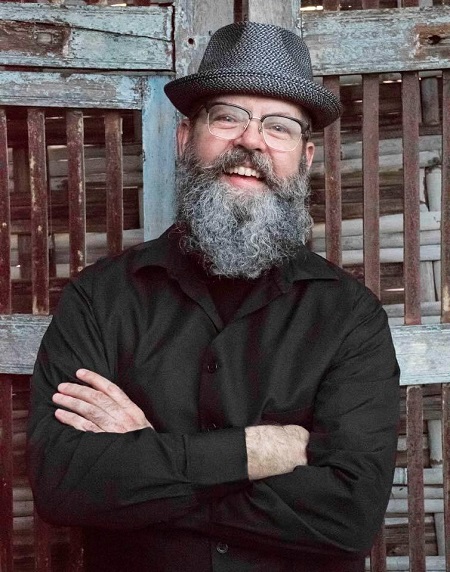 We’ve all had moments where we’ve gone too far and hurt the ones we love, a sentiment embodied musically in Bandy’s song “lf l Could Only Take it Back.” “My Bad Reputation” describes courting a woman as a much younger man, while “Get It On” paints a picture of the ebb and flow of love on any given evening at home, a subject anyone who’s been in a long-term relationship can relate to. “Country Star” was written in a dream set in a Nashville recording studio in which Dale was directing and teaching the band the song. As he counted off the band, he woke and ran to his studio to record the song. Taken as a whole, “blue.” is the embodiment of Bandy’s depth of musical understanding and offers a glimpse into future releases by this multifaceted artist. It has been a long journey to release the album “blue”.  Dale says: “It’s a long story that we can get into later, but first, let’s talk about “blue”. Almost everything on this album has been done by Dale Bandy. Gary Thompson was kind enough to lend his unique approach to blending the rhythm to the melody through the bass on all tracks except "Big Legged Woman" Thanks to Gary, as he has helped breathe new life into this project. Also, Joe Bolero played a fantastic Tenor Sax solo on “Big Legged Woman”, a Piano solo was performed by John Savage on "Country Star". Also, a trombone solo was added by bigaudiobox on "Get It On".

A Blues people and culture are all about the music and I feel that I've learned that I am truly a story teller that uses this uniquely American art form to express my life through music. I also feel that playing songs written but others can help me tell a story I haven't been able to put to music. To me, Blues music not only moves, but its re-moves. It allows me to understand my emotions as a response to an event or sequence of events that I need a little help working through.

Blues music has always been a part of my musical background. The dominant 7th chord with a major third in the harmony juxtaposed to the minor third in the Blues pentatonic, is pure musical joy. I was somehow able to understand, from an early age, that Blues was the root and foundation of Rock N Roll. To know where you are going, you have to know where you've come from.

MY music is that of a Blues chameleon. When I started to record "blue." I had too many songs to put into an album. The songs were running the gamut from Traditional Blues, to Rock Blues, to 50's Blues to Jazz Blues. I worked on the songs by myself for many years and decided that my debut solo album would be a taste of things to come. I chose to include 9 songs on "blue." out of approximately 30 songs. I decided to save some for future releases. 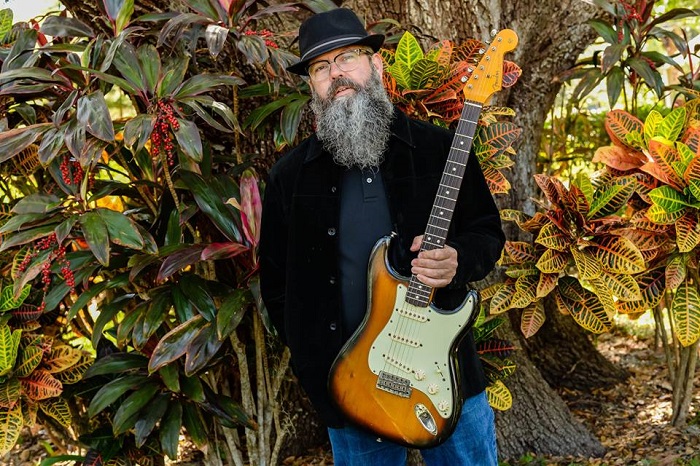 "A Blues people and culture are all about the music and I feel that I've learned that I am truly a story teller that uses this uniquely American art form to express my life through music."

Several people have been a great influence in my life. Lester Chambers was one of those. When I played guitar for him we were rehearsing The Chambers Brothers song "Love, Peace And Happiness". I asked Lester "Hoe do you want me to play this? Do you want me to try to sound like the original recording or..." Lester stopped me and said "Play it your way, you're the Star now!" That simple statement from a musical legend gave me legs, strength, and  confidence I'd never felt before.

While on tour in the mid 90's, some special guests show up in the audience. It was Norwood from Fishbone, Lonnie Marshall of Weapon Of Choice. We invited them to play a few songs which resulted in some epic jams including a version of Sly Stone's "Thank You". At the end of the night the club manager had some choice words for me when he stated "I hired you to play the show tonight, not your roadies." I couldn't even respond I was laughing too hard.

The Blues of the past is still alive! Things may be changing, music develops and morphs, but The Blues will remain. What I don't like so much is that music of all genres isn't given the chance to build. The music has to hit fast or many listeners lose interest. My hope is that the Blues will carry on. We have many great Blues societies across this country and around the world helping to further The Blues. There are many young people that still relate to this art form. It has always been a source of healing. People need this and so it will remain.

Music in schools. The leaders in education have all but abandoned music programs in elementary schools. This should be shameful. Our children deserve an early start at music. I began playing violin at the age of 8 and saxophone at the age of 9. I truly believe that this early start in music was part of what gave me an advantage in understanding music. 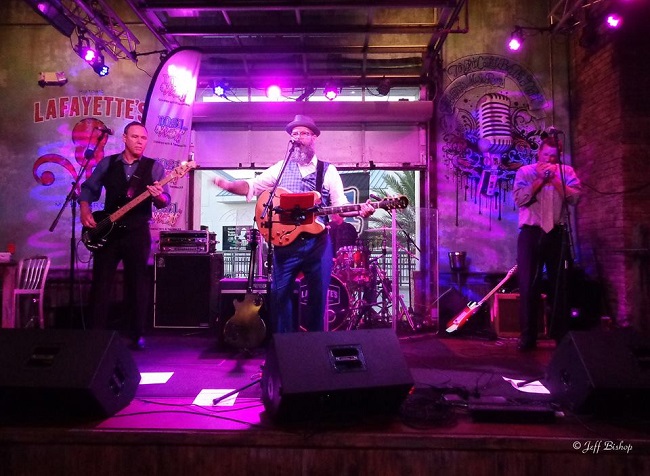 "Blues is a specific genre, most certainly. It does have its twists, turns and unique takes, but in the end, it's still The Blues. Blues is most definitely a state of mind. You can get over any hurdle with The Blues in you corner." (Photo by Jeff Bishop)

What are some of the most important lessons you have learned from your paths in music circuits and roads?

I have learned to be myself musically.  Stay true to your musical heart. Give you best every night.  Whether there are 3 people or 3,000 in the audience they deserve you best, and so do you.

Blues is a specific genre, most certainly. It does have its twists, turns and unique takes, but in the end, it's still The Blues. Blues is most definitely a state of mind. You can get over any hurdle with The Blues in you corner.

For me, music in general doesn't have a race or skin tone. What music does have is a heart, a pulse, and a soul. I'm not daft enough not to understand that certain music has come from certain areas and been developed by certain races, but it doesn't have to remain there. Music is 'The' universal human language and should be shared equally with all.

Do I have to narrow this down to one place, one period of time? I'd like to go back and thank all of my musical mentors. They have inspired me to be the musician that I am today, my ancestors would be another place to go visit. My great grandfather played Sousaphone in John Philip Sousa's Marching Band and Marine Corp Band. He also played upright bass in the polka bars in New York city around the turn of the 20th century. What a blast it would be to see him perform and have a conversation with him over a cold beer! Where is your time machine? Let's do this! 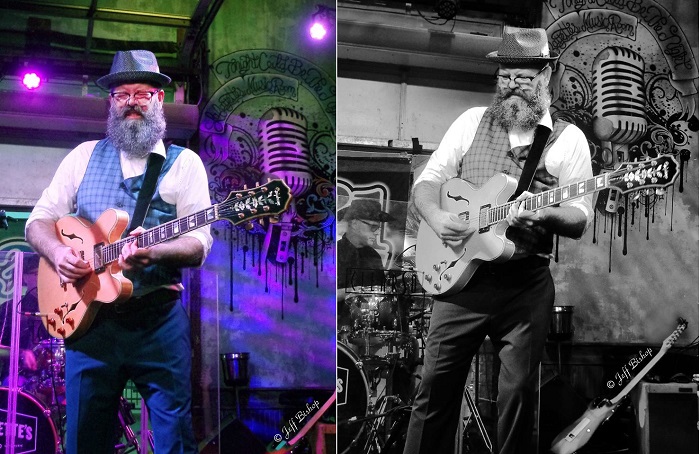