"Music should always be a focal point in bringing people and communities together. Music is the one universal language that everyone speaks."

Mike Guldin first picked up the guitar at age 15 and since then has honed his craft playing in roadhouses, clubs and bars, and Festivals and Theaters for over 45 years.  Influenced by blues legends Muddy Waters, Howlin’ Wolf, Willie Dixon, Albert Collins, The Three Kings, Guldin is also inspired by contemporary artists including The Allman Bros, Eric Clapton, Stevie Ray and Jimmie Vaughan, and The Rolling Stones. R&B/Soul icons Sam & Dave, Booker T & The MG’s, Reverend Al Green and The Memphis Stax and High Tone Records grooves are also a heavy influence, along with the Southern fried Muscle Shoals sounds of Lynyrd Skynyrd, The Outlaws and a slew of country and crossover artists like Delbert McClinton and Lee Roy Parnell. It is little wonder that stinging guitar and soulful vocals are second nature for Guldin. When combined with the raucous backing sounds of his band, “Rollin’ & Tumblin’,” all of these inspirations come to life into blues they have branded “Good Ole Butt-Shakin’ Music”! 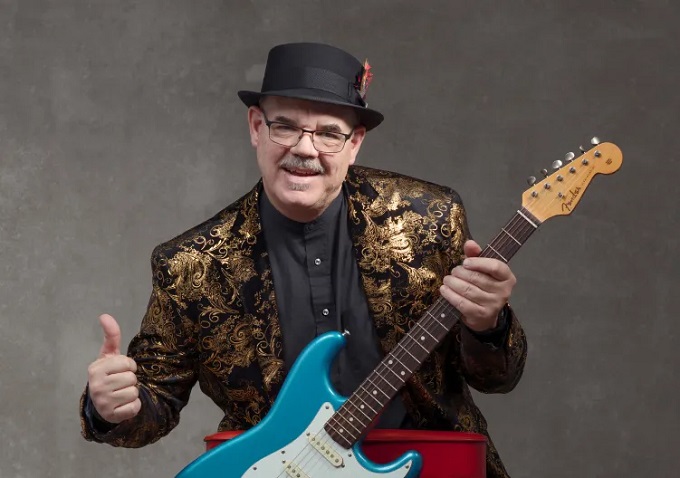 How has the Blues, Soul, and Southern Rock music influenced your views of the world and the journeys you’ve taken?

Exposure to these music genres has definitely opened my eyes to the challenges the less fortunate and minorities face in day to day life. 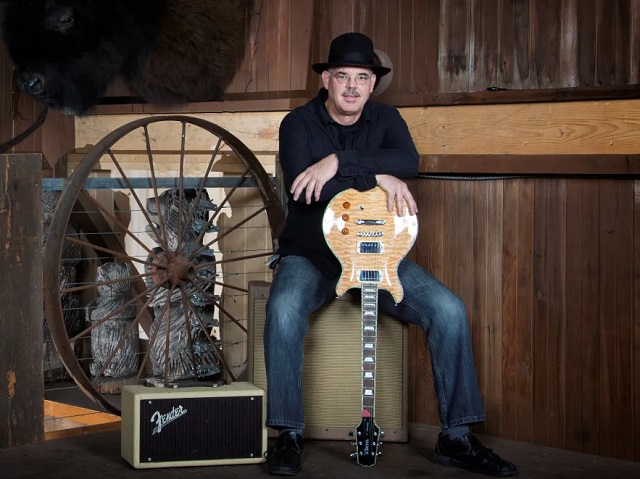 "Nothing will ever replace real live music played by real live people. That’s what I always look for when searching out new music. It’s a bit harder to find these days but it is still definitely out there."

Being diagnosed with cancer in 2019 really brought everything into perspective. Live and love right now because tomorrow is not guaranteed. The collaborative process of recording this latest album has been one of the highlights of my career. Being able to make music with so many musical peers and friends is something I am eternally grateful for. The biggest highlight of my life is my wife and family. Nothing tops that.

We went on Delbert McClinton’s Sandy Beaches Cruise for our honeymoon in 2003. I was in complete awe of the whole deal. I made fast friends with lots of cruisers as well as alit really fabulous musicians that I still consider friends today. A few who joined me on this latest album.

Nothing will ever replace real live music played by real live people. That’s what I always look for when searching out new music. It’s a bit harder to find these days but it is still definitely out there.

What would you say characterizes PA's area blues scene in comparison to other local US scenes and circuits?

Well, I can really only speak to the eastern half of Pa. but the Blues Community here is very tight knit. There are several very well-run Blues Societies that support both National touring acts as well local blues musicians. 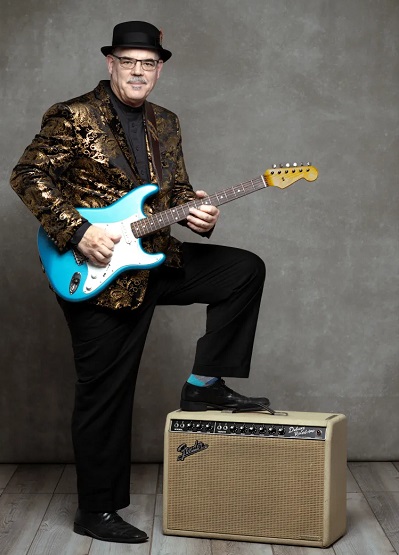 "We are primarily a dance band. We call it “Good Ole Butt-Shakin’ Music”. Whether it’s Blues, Soul, Roots, Rock, Country or Americana it’s all about the groove. I take that same approach to my songwriting. It had to move me." (Photo: Mike Guldin)

In my experience the hardest part about the music business is keeping your band happy and working. Fortunately, we are starting our 33rd together as a band.

Music should always be a focal point in bringing people and communities together. Music is the one universal language that everyone speaks.