"I’m not a big fan of modern contemporary pop music; just a personal preference. As far as modern blues music, I feel like it’s in a pretty good place. The blues tent has enough room for all tastes and styles. I would like to see more younger people follow the genre as fans to ensure we all have fans to enjoy the music we create moving forward."

Tom Craig: Get Ready For The Blues

Philadelphia native Tom Craig plays a special brand of Chicago Blues, Memphis Soul and R&B. Tom got his first guitar for his eleventh birthday. With 40 years of guitar playing, formal training as a jazz vocalist and his passion for the Blues, he gives you all the ingredients for a memorable live performance. Tom’s debut CD, “Get Ready for Me” (2016), has received worldwide radio airplay and critical acclaim. Tom and his band working in studio their second album on right now, with 15 original songs that he wrote over the past few years. 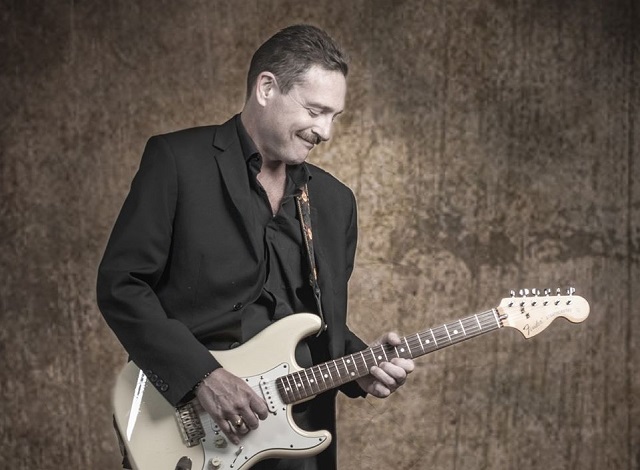 In January 2017 he represented the Central Delaware Blues Society in Memphis, Tennessee at the 33rd International Blues Challenge. His song, “She Did It To Me (She’ll Do It to You)” is a current semi-finalist in the 2017 International Songwriting Competition. Now touring in support of his inaugural release, Tom has adapted his body of work to produce an intimate live show that still captures the spirit of the CD and introduces audiences to his new original material. His high energy live performances impress even the most critical fans of blues and roots music. Don't pass up the opportunity to catch him at your local venue or blues festival.

Through music in general, Blues in particular, I’ve met people from all walks of life. It’s always intrigued me that people with so many different points of view can find common ground in music. I think it‘s because we are all musicians. As babies we coo ourselves to sleep or to just sooth ourselves. As we grow into adulthood, some become players, some become listeners but the music unites us.

I have a great love for the American Blues and Roots tradition. My strongest influence is the music of the late 1950’s and 1960’s especially blues and soul from Chicago and south to Memphis and Muscle Shoals, Alabama. That genre of music hits me hard and inspires me to add my own flourish to it. 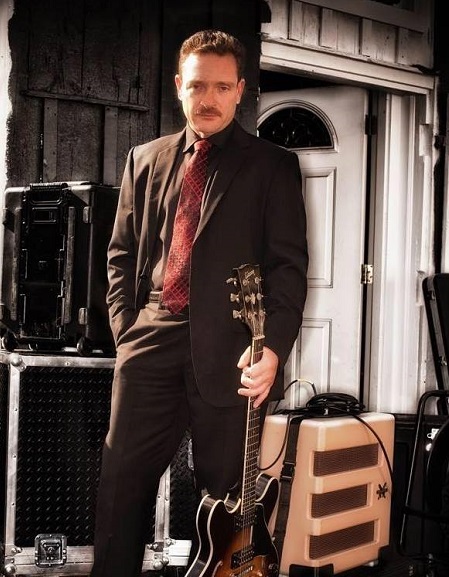 The “business” part of the music business is all about, marketing, sales and networking. I’ve been fortunate to meet many people through my work. Several years ago, I started booking acts at a local blues club. I quickly figured out that I needed advice from someone who knew more than me about booking a club so I sought out harmonica player and singer, Mikey Junior. I found him to be gracious and helpful from the start. We have since become very good friends. Mikey introduced me to Dave Gross who played bass, recorded, mixed and mastered both my first CD as well as my second CD which we are working on right now. I can’t say enough good things about these two men. They’ve inspired me to be the best I can be while lending their tremendous talents to this project and my career in general.

Playing at B.B. King's Blues Club on Beale Street in Memphis during the 2017 International Blues Challenge certainly stands out for me. Also, I play in the house band at the Twisted Tail open Blues Jam in Philadelphia every Sunday that I can.  There are blues dancers that come almost every week. It’s such a thrill watching people enjoy, move and dance to music that you make, especially when it’s music that you’ve written yourself.

The recording sessions for my upcoming CD were incredible. The recording features: Mikey Junior producing and playing harmonica, Vin Mott on drums, Dave Gross (Grammy nominated producer for Victor Wainwright) on bass, Eric Johnson, from my live band on Hammond Organ, also from my live band a guest appearance by “Big Daddy” Albert Lamberson on harmonica, Greg Gumpel (Grammy nominated guitar player for Victor Wainwright) and Matt Daniels on guitar, Bill Heid (Fenton Robinson, Koko Taylor) on piano, Mike Scott on tenor sax and last but not least Doug James (Roomful of Blues, Jimmie Vaughan) on baritone sax.  We recorded 15 original songs that I wrote over the past few years. I’m proud of the work we did and I’m excited to put this project out there for blues fans to enjoy.

I’m not a big fan of modern contemporary pop music; just a personal preference. As far as modern blues music, I feel like it’s in a pretty good place. The blues tent has enough room for all tastes and styles. I would like to see more younger people follow the genre as fans to ensure we all have fans to enjoy the music we create moving forward. 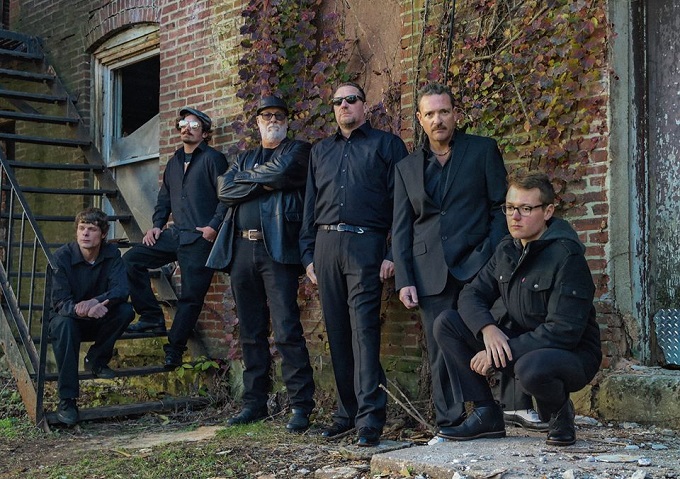 "I have a great love for the American Blues and Roots tradition. My strongest influence is the music of the late 1950’s and 1960’s especially blues and soul from Chicago and south to Memphis and Muscle Shoals, Alabama. That genre of music hits me hard and inspires me to add my own flourish to it."

What characterizes Philadelphia's scene in comparison to other US blues scenes? What touched (emotionally) you?

Philadelphia is a harmonica town. The great harmonica man, Steve Guyger, lives nearby in Bucks county. Steve has inspired a bevy of local players. I’m a huge harmonica fan, even though I can’t blow a single note. Learning to support a harmonica player as a guitarist is a nuance one can only learn by doing it and paying attention. I’m lucky to have learned from playing with Mikey Junior, who in my opinion, is one of the best there is anywhere.

I would like to see artists receive proper compensation when their music is played on streaming services. Making a living as an artist is difficult. Every little bit helps.

As I said earlier, I see music, especially Blues music, as a tremendous unifying force. The Blues is the earliest, uniquely American, art form and it is tied directly to African-American history. I am honored and privileged to be a part of the modern blues story. I have received nothing but love and fellowship from other blues artist, no matter their race or background. Diversity is an important part of any culture and at the same time focusing on that which brings us together is equally important. 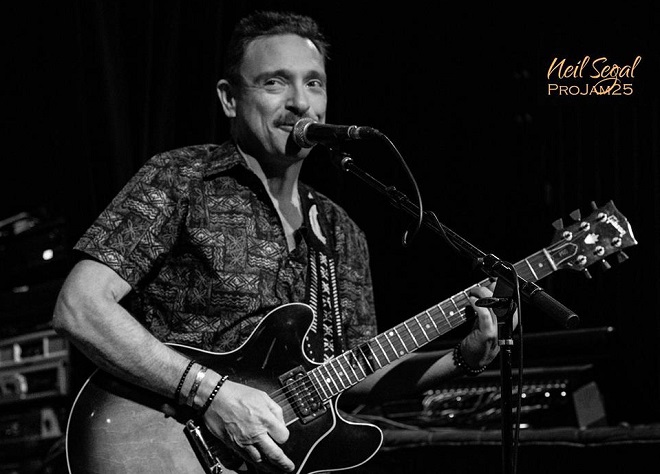