"I don't know how people get through life without music. I mean: playing music. I think it would be a finer, better, happier place...this Earth...if every home had an acoustic piano in it. If it were the law."

What's the opposite of locking down, staying in, and yet another mildly satisfying TV night? That would be "going out," precisely what The Claudettes passionately prescribe with their rich, diverse, riveting new album, The Claudettes Go Out! Due out on October 14, 2022, via Forty Below Records. Wielding a one-of-a-kind, piano-powered roots-pop sound, The Claudettes merge earthy blues and soul with pop hooks and punk spirit, writing an intriguing new chapter in American roots music. Pianist/songwriter Johnny Iguana first gained renown as pianist for blues giant Junior Wells and as co-founder of punk-organ band Oh My God. Johnny has toured or recorded with Buddy Guy, Otis Rush, Johnny Winter, Derek Trucks, Gary Clark Jr., Shemekia Copeland, Mick Jagger, Keith Richards, James Cotton, and more. He has played on three Grammy-nominated albums and earned a 2021 Blues Music Award nomination for Piano Player of the Year. 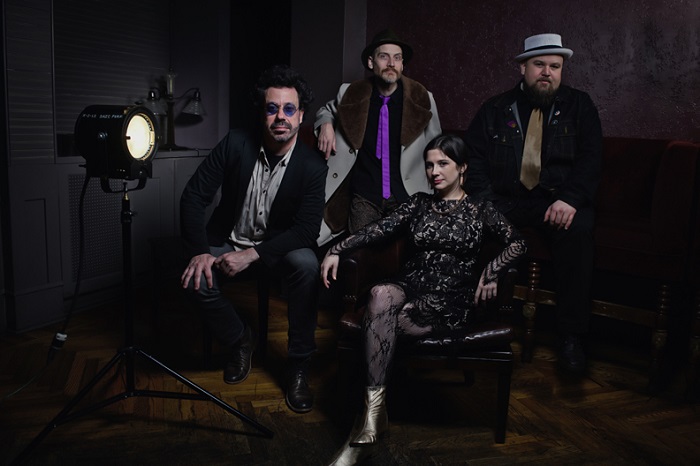 Johnny co-founded The Claudettes with drummer Michael Caskey (Chuck Mangione, Koko Taylor). Caskey is a Downbeat Magazine award winner and a five-time Detroit Music Awards recipient. Michael had previously toured with Johnny's band Oh My God, as had Claudettes bassist/singer Zach Verdoorn. After hearing Berit Ulseth sing in a Chicago country band, Johnny asked her to join The Claudettes in 2016. Ulseth studied jazz vocal instruction at NYC's New School and has sung on three of the band's albums and an EP. The band completed two sessions for the new album. The first session was recorded and co-produced in Chicago by recent Grammy nominee Anthony Gravino (Kurt Elling, Charlie Hunter) and mixed in NYC by Grammy-winning legend Kevin Killen (David Bowie, U2, Elvis Costello). The second session, in Chicago, was helmed by Grammy-winning producer Ted Hutt (Violent Femmes, Old Crow Medicine Show) and mixed in LA by Hutt and Ryan Mall.

I have been playing piano since I was eight and writing songs in bands since I was 14 or so. I also was an English major in college and began writing stories and prose then, but I only started to sew all that together in my late days with the band Oh My God and my time with the Claudettes. I always keep journals full of phrases and ideas, and I sit at the piano every chance I get, and try to match the emotion of sound with the meaning of words. Sometimes, it comes quickly and easily; during the first days of this pandemic, I hit a brick wall and couldn't write anything good for 10 months. What I do best is what I read that Duke Ellington said during an interview. He said he always asked himself "what do THESE guys do well?"...the current people inhabiting his band...and he wrote to their strengths. I have gotten really good at writing for Berit's vocal style...her range...her strengths...I think that's why our Claudettes albums have gotten better and better and better. Nothing has really remained the same all these years...I'm always getting better with harmony and phrasing, and, for better or worse (in terms of the music business), ignoring or even breaking down all barriers between genres. I love blues, jazz, soul, classical, punk...and you'll hear all that on "The Claudettes Go Out!," even as all the songs sound like the Claudettes.

Do you have any interesting stories about the making of the new album "The Claudettes Go Out!"?

Our manager Guy Eckstine has worked with Grammy-winning legend Kevin Killen a lot, and managed to secure his services to mix half this album. Those were the tracks we made during the times of isolation and lockdowns. We recorded piano, then vocals, then drums and guitars, and Kevin mixed it beautifully. It's so seamless that I don't think people would know which tracks were done that way, and which were done all live together in the studio (which is how the other half of this album came about). The live session was with producer Ted Hutt, who also mixed his half of the album in LA with Ryan Mall. All recording was done in Chicago, including sessions with producer/engineer/studio owner/musician Anthony Gravino. Early on in the pandemic, the Claudettes looked at each other during our Zoom call and said, "let's make an album." We weren't interested in live-streaming for cash. We wanted to write and record...to make new songs...that's what we love the most. It got us through the period by giving us something exciting and new to focus on...and you can hear the emotions on the tracks. 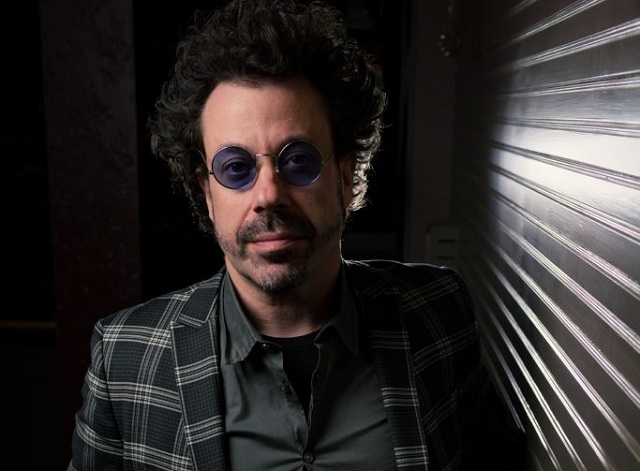 "For recordings, I make sure to make lo-fi phone recordings first...then put them aside...then listen...then see what tempos are a problem, or transitions, or dynamics. It's good to record a lot..."the tape don't lie"...be humble and honest...my belief is that songs and arrangements are terrible right up until they're fantastic." (Photo: Johnny Iguana)

I'm a musician and, mostly, a composer. The music business does and always has baffled me--unfortunately for me. I'm not good at making predictions of that kind. What I DO excel at is: what time should the Claudettes leave Chicago for our Pittsburgh show? I'm a wizard at taking traffic, construction, weather, time-zone changes and other factors into account, saying, " We should leave at 8:05...not 8:00 or 8:30...8:05!," and BOOM: we arrive in Pittsburgh within 10 minutes of my prediction. I wish I could make money or win fame with that skill...

What's the balance in music between technique and soul? If you had a question you would like to ask another musician what would it be?

When I go see a band, then report on the evening to a friend, the most damning thing I can say is, "Eh...it was 'musician's music.'" There has to be heart...there has to be sadness, joy, vulnerability, honesty...something for me to care about...if they don't seem to care about the songs on stage, why would the crowd care? I want to be moved, not impressed. Some of my favorite shows have been by arguably amateur musicians, and many shows I've yawned through have been played by virtuosos. I do think musicians should practice on their instrument a LOT, so their timing and feel and tone are good and can deliver what the songs are trying to say. But I do always say to the band, "mistakes don't matter...lead with your heart" before we take the stage. I don't think I could learn a whole lot, at this point, from asking other musicians questions...I've been around so many for so many years, and talked and talked and talked...at this point: I think the music will tell me.

How do you prepare for your recordings and performances to help you maintain both spiritual and musical stamina?

Every time we have shows coming up, I take all the songs we might play to the piano, on my computer or sets lists, and I practice every one of them. Not everyone needs to do that. Our bassist Zach has a fly-paper mind--everything sticks...he remembers all those chord changes. I have to recall the muscle memory. It's just the way my brain works, or, doesn't work. I have to review. It's more mental than physical. I always stay in physical shape because I play acoustic piano a lot, and it builds up stamina. For recordings, I make sure to make lo-fi phone recordings first...then put them aside...then listen...then see what tempos are a problem, or transitions, or dynamics. It's good to record a lot..."the tape don't lie"...be humble and honest...my belief is that songs and arrangements are terrible right up until they're fantastic. There's a big jump in impact once the song's destiny is reached...there's lots of stumbling along the way and it's easy to get discouraged.                                                    (Photo: The Claudettes) 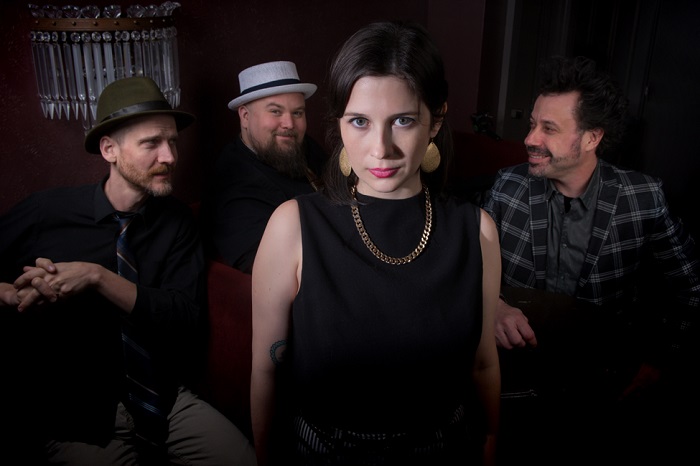 "I always keep journals full of phrases and ideas, and I sit at the piano every chance I get, and try to match the emotion of sound with the meaning of words. Sometimes, it comes quickly and easily; during the first days of this pandemic, I hit a brick wall and couldn't write anything good for 10 months."

Are there any memories from Otis Rush, Otis Clay, and Jeff Healy which you’d like to share with us?

Well, the one I spent the most time with was Junior Wells. Junior was like a big little kid...lots of dirty humor...sometimes sex toys in the glove compartment, just to pull out and wave around in a parking lot...I picture him smiling and laughing and making others laugh. Otis Rush? Completely different. At least when I was with him. Much more dark-hued...serious...imposing...but what a beautiful singer and guitarist. Just: operatic. The Jeff Healy story was a good one. Junior called him up on a festival stage to sit in. I knew just what was going to happen: Junior gave Mr. Healy a solo by pointing at him...at blind Jeff Healy...and when Jeff didn't immediately launch into a solo, Junior got mad and went and poked him. For some reason I could clearly see this event even before it happened. It came off as funny, though--even though Junior could be irascible onstage. He once bonked Joe Burton--"Little Joe from Chicago"--on stage with a wireless mic. It made such a loud sound and humiliated Joe so much that he left the stage for 20 minutes to have a drink and gather himself. Junior could treat grown men like little children sometimes...but we all loved him, and his music. Otis Clay I only played onstage with once or twice, and it was a long time ago...during my early days in Chicago. So many incredible singers and musicians in this town...

I don't know how people get through life without music. I mean: playing music. I think it would be a finer, better, happier place...this Earth...if every home had an acoustic piano in it. If it were the law. Just so a person who is feeling down, maybe hopeless, can spread three fingers out and hear what it sounds like when they make a chord. Then, they slide their hand over and make a different chord. Listen to the difference. What are they each saying? No political TV talking heads are gonna tell us any more than those three notes will tell us. Not about our unexplainable existence on this planet, anyway. Why are we here? The music will tell you. 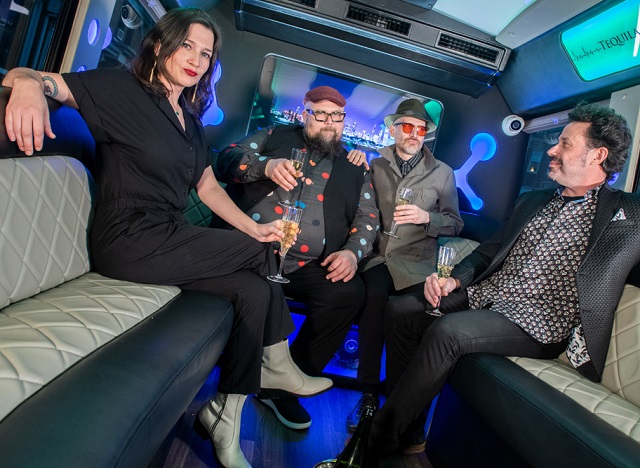