Q&A with powerhouse vocalist Hurricane Ruth, deeply rooted in traditional blues, but make no mistake, she can rock the house

"Without American Roots music, there would be no blues music. The blues has given birth to many different genres. It all comes from the same DNA, the same lineage. We are all the same, in that sense."

Hurricane Ruth LaMaster is a vocal powerhouse. Hurricane Ruth earned her name because no one believed that such a large sound could come out of such a small woman! The POWER of Big Mama Thornton; FIRE of Janis Joplin; boundless stage ENERGY of Tina Turner, and SOULFULNESS of Aretha Franklin all rolled into a petite dynamo! The great WILLIE DIXON once told Ruth “You’re the only hurricane I can appreciate”. Ruth has performed with John Lee Hooker, B.B. King, Willie Dixon, Taj Mahal, Ramsey Lewis Trio, Sam & Dave, Fenton Robinson, Maynard Ferguson and his orchestra, and most recently; Kenny Wayne Shepherd, Royal Southern Brotherhood, and Ronnie Baker Brooks. Ruth’s vocals are deeply rooted in traditional blues, but make no mistake, she can rock the house! Ruth has opened for renowned rockers: Heart, Judas Priest, Joan Jett and The Blackhearts & Steppenwolf. 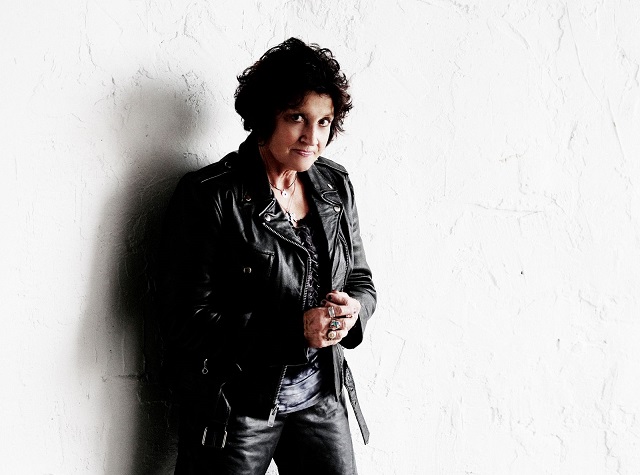 LaMaster grew up in Beardstown, IL. Her father’s Glendale Tavern was her music school. HURRICANE's new album “GOOD LIFE” will be released on APRIL 17, 2020. HURRICANE's 5th studio album and her debut on the Showplace label, GOOD LIFE was produced by BEN ELLIOTT and recorded at Showplace Studios in Dover, NJ.  GOOD LIFE's 10 tracks include 8 songs written or co-written by HURRICANE RUTH plus Grammy-winner Gary Nicholson's "Torn In Two" and "I've Got Your Back" written by Karen Leipziger/Freda McCrary/Irene Kelley. Joining LaMaster in the studio on GOOD LIFE are SCOTT HOLT (guitar), BRUCE KATZ (Hammond B-3, keyboards), CALVIN JOHNSON (bass) and TONY BRAUNAGEL (drums). Hurricane Ruth's previous release, 2017's Ain't Ready For The Grave was produced by Grammy-winning producer Tom Hambridge. Additional recordings include the 2015 EP Winds Of Change, 2014's Born On The River, and The Power of the Blues…Feels Like a Hurricane (2012).

How has the Blues, Country and Rock Counterculture influenced your views of the world and the journeys you’ve taken?

They’ve been the soundtrack to my life. They’ve had a profound impact on who I am. I’ve always been a rebel.

How do you describe Hurricane Ruth sound, music philosophy and songbook? Where does your creative drive come from?

The music I write and perform is a combination of the music I grew up listening to: blues, honky tonk, outlaw, rock, soul/funk, jazz, Dixieland, and big band. I cut my musical teeth on all of these genres. Each one impacted me both creatively, as a songwriter, and stylistically, as a performer. I prefer to crossover many musical boundaries. My creative drive comes from stories/comments from family, friends, and society. It also comes from rhythms and melodies that I hear. Something will resonate with me or sparks in my mind and I have to immediately write it down or sing it into my phone.

Are there any memories from "Good Life" studio sessions which you’d like to share? What touched (emotionally) you?

Recording the song, Good Life, was very difficult for me. The song is based on a conversation I had with my mother about a year before she passed away. I asked her many deep and pointed questions about her life, what she would have done differently, and if she feared her “judgment day”. During the first pass of recording my vocals, I started thinking about my mom and her passing. I was overcome with emotion. Needless to say, I had to take a break and regroup emotionally before I continued recording my vocal. "I miss the rawness and simplicity of the blues of the past. No trendy labels or boxes(blues rock, country blues, soul blues, gospel blues, etc.) to try and explain what it was. It was simply, the blues.  My hope is that it will continue to evolve and grow."

I’ve been very blessed to have met some incredible people at my shows. They have become my friends. I’ve received great advice from many different sources. There are a couple of gems that stay with me. My mom told me to, “Fight for your dreams and do what you love.” My dad, who was a fantastic drummer and musician, told me, “Every time you step on a stage, give it your absolute best. Never take it for granted.” Willie Dixon told me, “Hurricane Ruth! That name fits you. Never get rid of it. It’ll serve you well.”

I miss the rawness and simplicity of the blues of the past. No trendy labels or boxes(blues rock, country blues, soul blues, gospel blues, etc.) to try and explain what it was. It was simply, the blues. My hope is that it will continue to evolve and grow.

It is the 21st century, right? It’s unfortunate that we still have to discuss this subject, and yet; here we are. Yes, women still have to elbow their way in for a seat at the music table. Yes, women still hear this comment from festival talent buyers, “Thanks for your interest, but I already have my one female act. I’ll keep you in mind for next year.” Yes, women’s music still is played less frequently on radio stations. Yes, there are still fewer female talent buyers, female owned booking agencies, and female owned management agencies.

There will always be people who don’t like you or your music. Persevere through the criticism and harsh critique. Diligently practice your craft. Be true to yourself. 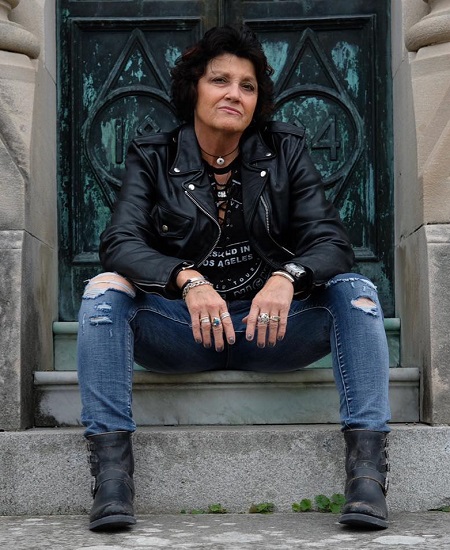 "They’ve been the soundtrack to my life. They’ve had a profound impact on who I am. I’ve always been a rebel."

What is the impact of American Roots music on the socio-cultural implications? How do you want it to affect people?

Without American Roots music, there would be no blues music. The blues has given birth to many different genres. It all comes from the same DNA, the same lineage. We are all the same, in that sense.

I would love to time travel back to 1967 to the Monterey Pop Festival. I would love to see Janis Joplin, Jimi Hendrix, and Otis Redding perform. I would also like to time travel back to 1965 Chicago, IL to hear Big Mama Thornton, John Lee Hooker, Willie Dixon, Buddy Guy, and Muddy Waters in one big jam session. I’d love to sit down at a big table with them, have a couple of drinks, and just listen to them talk.