Q&A with Professor Louie, has emerged in the music industry as the torch bearer of the true spirit of American Roots music

"The hope is to have more original and creative music be more accessible and making unknown artists more known. The fear is The recording industry having less of a filter that is has now on the quality of music going to the public."

Aaron L. Hurwitz, known by the stage name Professor Louie has emerged in the music industry as the torch bearer of the true spirit of American Roots music. Seasoned live performer, prolific recording artist and versatile multi-instrumentalist (Hammond B3 organ, piano/keyboards, accordion, vocals), Professor Louie also wears the hat of award-winning recording producer and engineer, capturing the talents of some of the world’s most highly acclaimed musicians, most notably, The Band. Born in Peekskill, NY, Louie honed his musical chops in the NYC area. Plying his trade in the mid-1960s, he toured the country with folk, R&B, and blues bands, and performed on the Gospel circuit as organist for The Mighty Gospel Giants of Brooklyn. Through the 1970’s and 80’s Louie was an opener for Bruce Springsteen’s early group Steel Mill, Roy Buchanan, New Riders of The Purple Sage, Sly & The Family Stone, War and Gary US Bonds. The Professor was a fixture on the live circuit where he played shows with The New York Dolls, Eric Emerson, Link Wray, Andy Warhol at the infamous Popcorn Pub (later renamed The Coventry) in Long Island City and The Sunshine Inn in Asbury Park. By the 1980’s, Hurwitz was sought out for his studio prowess, having worked with many of the top names in the industry including George Piros, Atlantic Records’ mastering engineer, Tom Dowd, John Simon & Eddie Kramer. 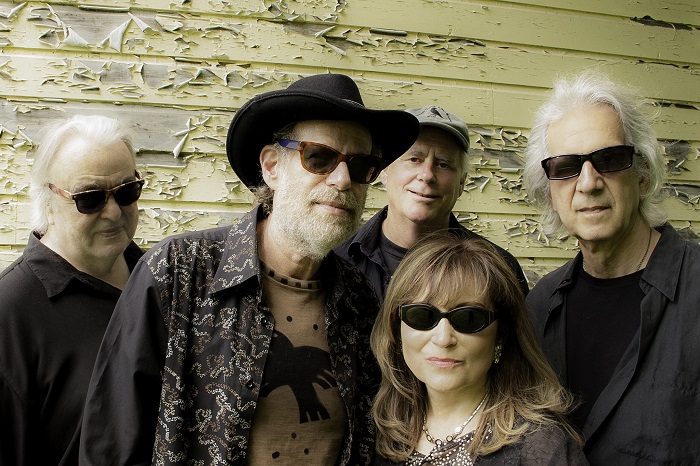 In 1985, Louie became a part of The Band’s legacy: co-producing, engineering, and performing on their three final albums, Jericho, High on the Hog, and Jubilation. He became a collaborating touring member of The Band from 1985 to 1999 until Rick Danko’s passing. It was during this time that Rick Danko christened Hurwitz “Professor Louie” in respect to his being their musical arranger and the glue that kept everything together. The moniker also followed The Band’s naming traditions: Helm’s middle name is Levon, Hudson’s is Garth, and Hurwitz’ is Louis. In addition to his work with The Band, Professor Louie has played with, engineered, or produced an incredible roster of artists spanning a wide array of genres including Graham Parker, Commander Cody, Dave Brubeck, The New Riders of the Purple Sage, solo projects of Rick Danko, Levon Helm, Garth Hudson, Jesse McReynolds, Blondie, Jose Feliciano, Livingston Taylor, The Fugs, Artie Traum, Guy Davis, John Sebastian, Oumar Konate, Jay Black & The Americans, Buckwheat Zydeco, Mercury Rev, Rory Block, Bill Keith, Jean Redpath to name a few. “Strike Up The Band” (2022) the new album by Professor Louie & The Crowmatix on Woodstock Records, has nine of ten biographical and creative original songs written by Professor Louie, Miss Marie and one co-write with John Platania. The Crowmatix are: Professor Louie (The Band); Miss Marie (Rick Danko); Gary Burke (Bob Dylan, Joe Jackson); John Platania (Van Morrison); Frank Campbell (Levon Helm); The Woodstock Horns with arrangements by Gary Burke on three songs gives “Strike Up The Band” a special twist. Bob Ludwig, mastering genius of all time, makes the recordings come to life.

I have found that The Blues & Roots Musicians, people connected to the Blues & Roots Industry and the fans of this style of music are more open and understanding of the difficulties that we all face in everyday life. This has made me a much better person. 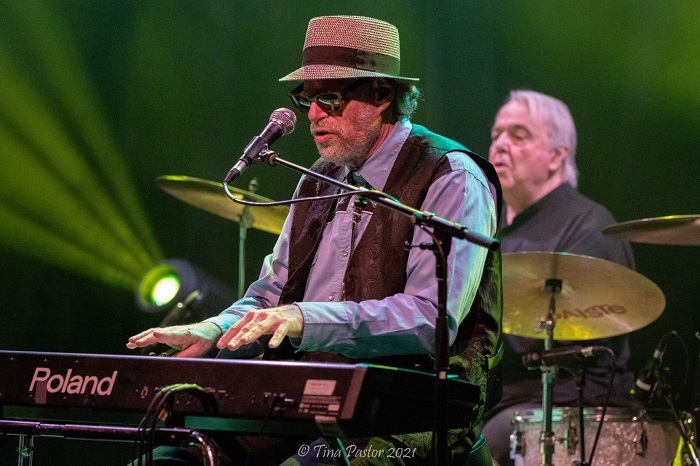 "Total entertainment and forget their problems and everyday life. However if they get effected in another way by my music that is a very nice compliment as we are here to help the neighborhood in anyway we can." (Versatile multi-instrumentalist Professor Louie, 2021 / Photo by Tina Pastor)

How do you describe your songbook, music philosophy and sound?

It is hard to describe my own songs and performances but I strive to be honest in all my original and cover songs. To present in performances and on records quality songs to the listening audience. Professor Louie & The Crowmatix strive to keep our sound evolving, utilizing a variety of material and instrumentation. It is based on all music that has come before us, Some call it Americana some call it Roots music I call it Rock n Roll.

Survival in a very competitive industry, listening to artists & music that I am not familiar with either live or recorded to get out of my comfort zone. Performing for new audiences in parts of the world I have not played in. Watching and listening to other artists live. Jamming and hanging with new musicians.

To go back in time: Two main life-changing moments:

Going on the road with The Mighty Gospel Giants Of Brooklyn for three years performing on the Gospel Circuit around the USA.

Being part of The Band collaborations for 15 years and going on the road with them – Garth Hudson - Levon Helm - Rick Danko and Tom Dowd teaching me how to produce great musicians in the studio and make records. 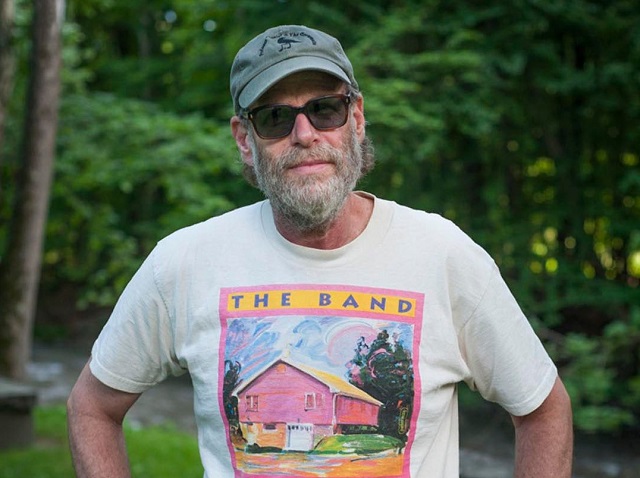 "I have found that The Blues & Roots Musicians, people connected to the Blues & Roots Industry and the fans of this style of music are more open and understanding of the difficulties that we all face in everyday life. This has made me a much better person." (Photo: Professor Louie aka Aaron L. Hurwitz)

Too many to recall, but what makes some stand out are the shows where the sound is fantastic and sold out before we get there and the Crowmatix firing on all five cylinders. The first duo gig with Rick Danko. Playing accordion with Jose Feliciano. Playing the Hammond Organ with The Highway QC’s.

Jams on The Legendary Rhythm and Blues Cruise are always interesting Jams. Lately the Jam I played with Christone Kingfish Ingram on the last Cruise I went on where the music was a higher level. I always liked touring or being an opening act for groups I am working with in the studio. A few highlights of shows with Buckwheat Zydeco, Commander Cody, The New Riders Of The Purple Sage, Graham Parker, Guy Davis.

A fond memory… Producing, engineering, arranging & playing on Bob Dylan’s song "Blind Willie McTell" with The Band at Albert Grossman’s Bearsville Studios near Woodstock New York. I was working on their comeback record 17 years after their last release, "The Last Waltz." The Band had fired their producer at the time and gave me the job. The Band recorded "Blind Willie McTell" once at Spyro Gyra’s Studio and it just wasn’t happening. We knew we needed a song from Bob Dylan for the CD and needed one that was not that well known from Bob. We went into the studio on my recommendation to the Record Company and cut it live numerous times in the same night always with the vocals. We had Levon and Rick trading verses. There was quite a bit of pressure to nail it. I thought I had the version we needed and asked the guys to listen to the take I picked. Helm walked into the control room and stated, “That groove is marching” and that was it. After six previous years in and out of the studio with The Band, I got my job full time. Went to Pyramid Sound Studio in Lookout Mountain TN, mixed it and the song "Blind Willie McTell" became a great addition to the Jericho CD. 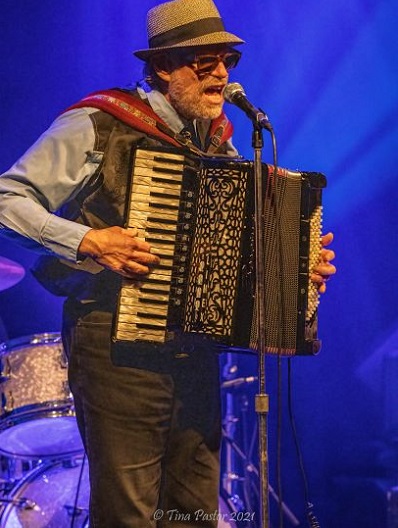 "People seem to find messages in all music that appeals to them so therefore socio-cultural implications are very important."  (Professor Louie, 2021 / Photo by Tina Pastor)

The hope is to have more original and creative music be more accessible and making unknown artists more known.

The fear is the recording industry having less of a filter that is has now on the quality of music going to the public.

Never take no for an answer. Be polite but affirmative. Stay positive to everyone that deserves it. No audience is too small always put on the best show you can. Don’t be rude or insult the sound person.

People seem to find messages in all music that appeals to them so therefore socio-cultural implications are very important.

How do you want the music to affect people?

Total entertainment and forget their problems and everyday life. However if they get effected in another way by my music that is a very nice compliment as we are here to help the neighborhood in anyway we can.

Musical speaking late 1800’s to early 1900 ‘s before radio & records were invented to hear the music and watch people’s reaction to the music. At that time they had only experienced live music.

I don’t think there was a time when people treated each other correctly so not sure I want to go anywhere in a time machine. A place I would like to go for more then a day to is where people treat each other correctly and respectfully and stop killing each other, this only breeds more hate and it is proven that wars and brutality only breed more of it and will never come to an end unless it all stops for good!!! 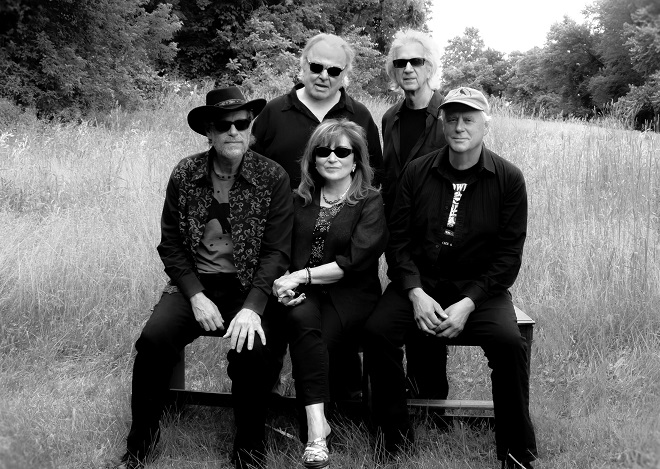