"People will always listen to music that moves them and relates to whatever it is they are going through at that time."

Tony Lindsay, who was born in Kingston, New York, now calls San Francisco his home, is back in the SANTANA lineup. He first toured with SANTANA in 1991 and can be heard on the 1992 release, Milagro. When not touring with SANTANA, he sings for Spang-a-Lang, a local R&B/Jazz/Pop group he founded that has opened for several well-known acts, including Curtis Mayfield, Jr. Walker, Tower of Power, and Average White Band, to name a few. As an individual, Tony has recorded or performed with several artists, including Tevin Campbell, O'Jays, Al Jarreau, Steve Winwood, Johnny Gill, Teddy Pendergrass, Aretha Franklin, and Lou Rawls. His full-bodied tenor voice and unique style have paved the way for his participation in a variety of musical projects, including a 1993 duet performance with Angela Bofill and the New York Philharmonic Orchestra at Avery Fischer Hall in NY. (The song was written by Narada Michael Walden, and entitled "Enough for Everyone.") Tony is also a talented song writer, and sings with the Dancing with the Stars Road Tour.                                                                  Tony Lindsey / Photo by Dan Gallemore 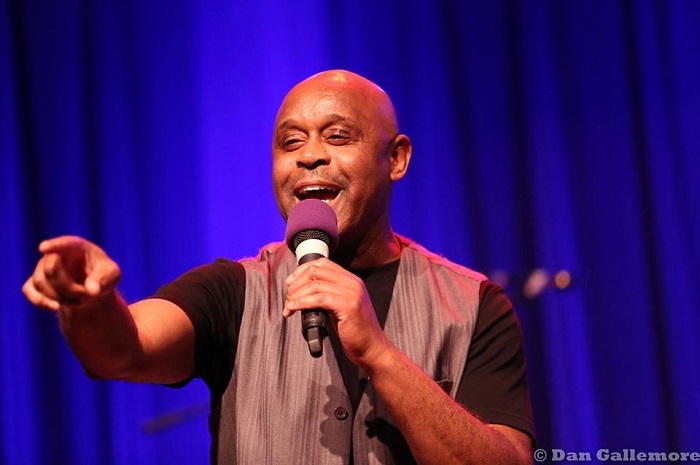 In 1980, Lindsay arrived in the San Francisco Bay Area from Kingston, New York, and continues to perform with the first band he formed Spangalang, who have opened for Curtis Mayfield, Tower of Power, Gerald Albright, Jr. Walker and the Average White Band. Lindsay joined Dancing with the Stars on three of the first four seasons as well as touring with Santana. Other bands that Tony helped form and still performs with are The Soul Soldiers, Black Magic, The Magic of Santana (with Alex Ligertwood), and the Ray Charles Project. In 2015, Carlos Santana decided to change personnel in his band and set the wheels in motion for Tony to start on his 5th album "Something Beautiful" (2018). Previous solo efforts are" Different Moods" in 1995, "The Message is Love" in 1997, "Tony Lindsay" in 2005, and "Memoirs" in 2014.

How has the Soul and Rn'B music influenced your views of the world and the journeys you’ve taken?

No matter where you go in the world you will hear R&b soul music playing on the radio and you will see the influence that it has instilled in the performance of the local musicians.

I write and I perform music that I feel in my heart. If I don’t feel it I can’t make you feel it.

I perform with a variety and different combinations of musicians. I believe in being well rounded with music, so all of my experiences are important.  The best advice that I’ve ever received from anyone is “Be yourself”.

Why do you think that Santana music continues to generate such a devoted following?

Santana music will continue to touch his devoted listeners because he has a Universal sound, the beats and tones connect with people all over the world. 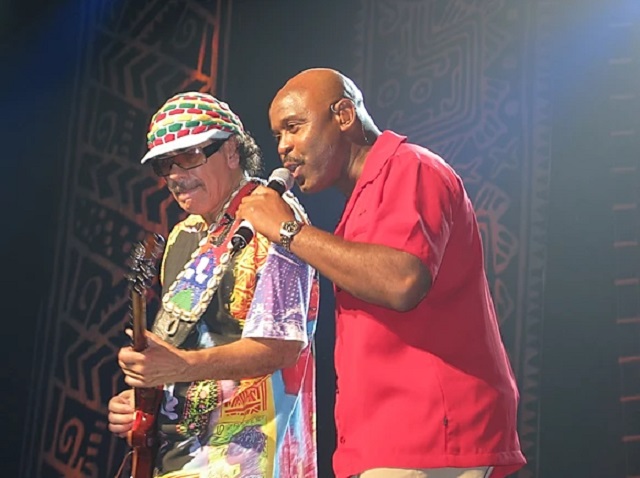 "Play our music, let the fans decide what they like or don’t like, instead of the amount of money being spent by the Major Labels so that their artists are the only ones to be heard." (Photo: Tony Lindsay & Carlos Santana)

Every gig, tour, recording session that I’ve done are all memorable experiences because this is what I love to do. The joy of spontaneity, improvisation and creating new music.

What I miss from music of the past is the time, thought process and effort spent in writing music that will stand the test of time.

Play our music, let the fans decide what they like or don’t like, instead of the amount of money being spent by the Major Labels so that their artists are the only ones to be heard.

People will always listen to music that moves them and relates to whatever it is they are going through at that time.

I’d like to go to Italy so that I can eat some of that awesome Italian food.