Q&A with Reverend Beat-Man, not only an one-man band, it is A MISSION and Mission for the Blues Trash church

"Music you can’t see or you can’t touch … it’s something like magic or religion this is an amazing tool to touch people, it can move people, music is the most direct and wonderful art in the world, that is the reason many religions or governments want to forbid music because it is so damn free of everything..." 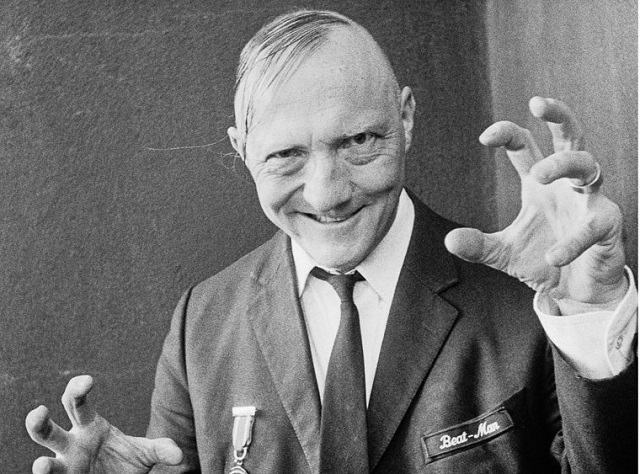 Reverend Beat-Man use to play lots of shows so far... such as Jazz Festival Montreux (CH), Rock oz Arenes (CH), Eurokeen (FR), Dour (B), Las Vegas Grind (USA), Frat Shack (UK), many tours and gigs in: Switzerland, Austria, Germany, Spain, France, Italy, Slovenia, the USA (CBGB's, Maxwells and others) Brazil (black jack and many others), Argentina (BA Stomp and many others) , Belgium, Holland, Denmark, Japan (shelter and many many others) and the UK. Reverend Beat-Man sells his records all over the globe and has over 30 out puts with him alone and with the several bands he plays in (the Monsters, die Zorros, the Coronets, Lightning Beat-Man) produced several Videos all extremely strange and weird, plays also with backing bands or doing performances in churches Theatres and Galleries. "He'll make your back crack, your liver quiver, and your knees freeze. And if you don't dig that you've got a hole in your soul, so let's give a big warm welcome for the Rev, your Beat-Man, everybody's Blues Trash Preacher, the fabulous Reverend Beat-Man".

Actually Rock’n’Roll for me was the Counterculture to POP music when I grew up on the countryside in Switzerland, we hated Genesis, or Disco music so Rock’n’roll was the only way to Rebel (in very young years Bon Scott’s ACDC) ... later on I had to rebel against the Rock’n’Roll that turned into Mainstream, stray cats, shaking stevens, Kiss, Clash etc. so I was searching for the real Independent and Alternative to Mainstream .. I watched a lot of Industrial shows and Butthole Surfers or the Cramps Gun Club Suicide etc... at their shows I knew I’m Not Alone, you can be yourself and find people that accept you who you are... that was the Real Rock’n’roll and I’m a part since then, I find this attitude all around the world, people who are searching for the real deal... it’s not a music style it’s an attitude.

I call it blues trash, it has the honesty of the blues the truth of the gospel and the Trash side of Rock’n’roll music, this is my foundation, but is I listen to almost all kind of music styles I throw everything in a pot and disconnect my brain and then I let it flow, sometimes I know it’s completely bullshit but most time something interesting comes out of my brain hahahaha, I am this kind of artist the Nazis would put in a concentration camp, I’m a danger for religion as well, I’m a free thinker and I jump the borders and I infect people with different ideas. 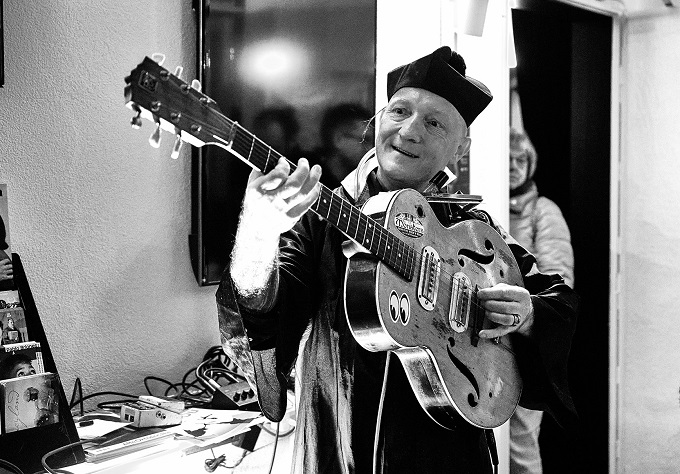 "I would people make believe that they should play their own music, not covering other music, because this is the most interesting thing ever, I’m fed up with bands who sound like all other bands, I know your personal music in you may sound very uncomfortable and strange to you and it does not sell shit and you gonna be not in the Top 10 … but it’s much more interesting and if I would be god I would change that in the heads of human being."  (Photo: Reverend Beat-Man)

OMG there are so many… I do almost 200 shows a year (pre corona) and every show is unique to me, I have skeletons of songs and build a show around it... every show is different… it deepens on the people that comes to see me, but I enjoyed a lot a show we did with my band the Monsters somewhere in a little village in Japan on a Village party, the Monsters you have to know, it is Extrem Noise Garage punk, ultra-loud violent and aggressive .. anyway the whole town came3 to 90 years old people... we were scared before the show because we super loud and ultra-trash... any way we played one of most extreme shows, because we were so nervous... and everybody liked it... that was so strange... hahahah, another show was on a African Island where I had a Voodoo Priest doing a blessing ceremony ahead of my show … anyway there are million stories I forget them very quick because I live in the NOW ... but a bar fight in Russia was strange as well.. blood all over the place ... the same in the USA... those are the 2 most aggressive countries and the most violent bar fights... I don’t like that it scares me, I’m a pacifist I’m absolute Non-Violent person.

I miss nothing and the future is way too complex that I could understand it neater I don’t even wanna think about it... I believe in what I do right now at the very moment... (making this interview) this is the most important time for me at the moment, what I do now has a lot to do what happened in the past and it will change things somehow in the future... so, I take that very serious and try to be as honest as I can.

I would people make believe that they should play their own music, not covering other music, because this is the most interesting thing ever, I’m fed up with bands who sound like all other bands, I know your personal music in you may sound very uncomfortable and strange to you and it does not sell shit and you gonna be not in the Top 10 … but it’s much more interesting and if I would be god I would change that in the heads of human being. 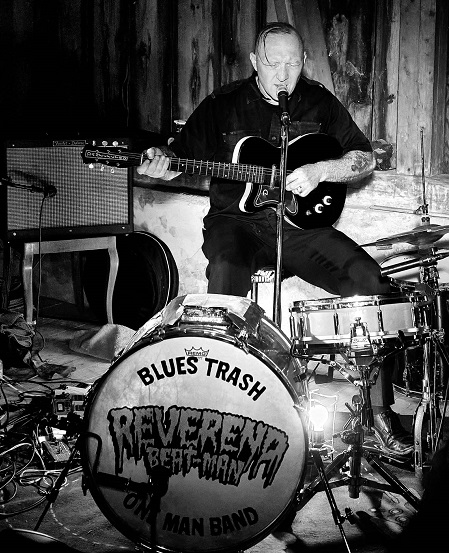 "I am this kind of artist the Nazis would put in a concentration camp, I’m a danger for religion as well, I’m a free thinker and I jump the borders and I infect people with different ideas." (Photo: Reverend Beat-Man)

What touched (emotionally) you from "One Man Band"? What was the best advice anyone ever gave you?

When I started my One Man Band there was no other One Man band, I was the first one (1990)... or better I did not know any other who did something similar... so I had to find out everything myself... what to do that I can sound like a whole band, first I had only a kick drum, then after a year a hi hat came along... then I was sitting down and I found out that in the 50’s and 60’s there was a one man band movement etc... for me it was like I explore myself for the first time it felt like I’m the first human being on planet earth and I have to create something... it was amazing, for me was as well an escape from playing in a Band, where there is democracy everybody has to say something and it can take month to get your ideas accepted by the others... as a one man band I had 4 songs in my show and all the other songs I created live on stage, I wrote them on sight at the very moment, I was able to create in a blink of an eye.. that was and still is amazing about a one-man band.

Music you can’t see or you can’t touch … it’s something like magic or religion this is an amazing tool to touch people, it can move people, music is the most direct and wonderful art in the world, that is the reason many religions or governments want to forbid music because it is so damn free of everything, in Switzerland we have not actually a folk music it was forbidden by the church the only music that was not forbidden was music in churches (controlled music) the same goes now with the occupations from the Extremists Muslim ISIS the first thing they do it destroy all music instruments ... music makes humans free ... we have to fight for this freedom.

I want to get them by the balls and touch their hearts the same time, it’s a challenge, most times it works, you have to see a live show ... recordings are time documents, not important and the question with socio-culture I answered in previous question.

My girlfriend lives in Athens Greece and we have corona... I wanna be there with her, to be with her is the most beautiful feeling and I want it today and not yesterday or tomorrow... so I need a beemer not a time machine. 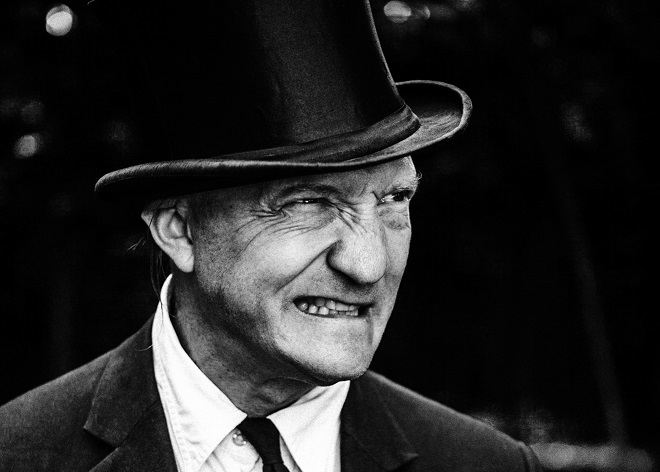