"Blues is a way of life...Blues artists just want to have fun."

Robert Jr. Whitall is publisher and editor-in-chief of Big City Rhythm & Blues magazine. His interest in art was discouraged by his parents but his creative talents would flourish through four decades of photography and music promotion and twenty-four years as the publisher of the nation’s largest circulation blues magazine, Big City Rhythm and Blues (BCRB).  Whitall’s contributions to the blues have been recognized by Blues Foundation with a 1998 “Keeping the Blues Alive Award” and a 2019 Detroit Music “Special Achievement Award.” His Outsider Art reflects the vibrant colors of the Caribbean, the spirit of New Orleans, and the many iconic musicians and blues personalities he has know over the years. 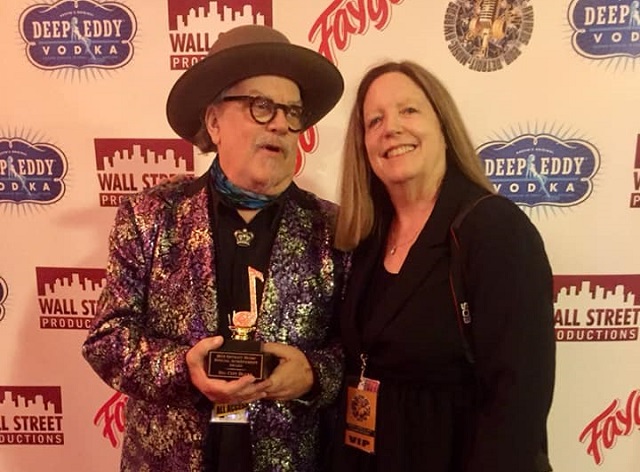 At "Big City Rhythm & Blues", Robert Jr. Whitall (aka Junior) leads a team which crosses the country to cover major blues events, from the Mississippi Delta to New York, LA, Chicago, Memphis and beyond. Since founding the magazine in 1995, Whitall has interviewed some of the blues’ most important figures. Big City Rhythm & Blues Magazine publishes bimonthly bringing you Blues updates around the world with in depth articles on musicians, bands, festivals, CDs, books and "On the Road" stories.

Music and the music culture of the '60's changed me 180 degrees...I have been involved in the music world all my life...When I discovered the blues from Eric Burdon and the Animals, my life flipped again...I also find the blues community is easier on my soul than rock and roll.

What were the reasons that you started the artistic researches? Where does your creative drive come from?

When I heard "Little Red Rooster" by the Rolling Stones but written by Chester Burnette, I was intrigued and my journey went from Detroit to Chicago, Memphis, Mississippi and finally New Orleans… I am a seeker...

I love the posters and graphic artists from the '60's and I design the magazine with my wife Sugar (Shirley Mae Owens) and production Chief Charlie Auringer (formally from Creem) with always making it a graphic magazine that I would want to keep in my library... I always strive for and my best issue will be my best!

How do you describe 'Big City Rhythm & Blues' philosophy and mission? What is the hardest part of editing a magazine?

We try to cover all the different scenes in the world, starting with the Big City's..I am partial to the senior citizens, because I am "Old School". 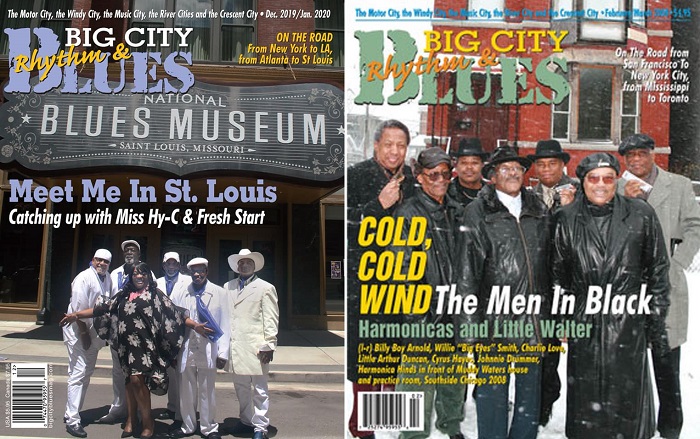 "Music and the music culture of the '60's changed me 180 degrees...I have been involved in the music world all my life...When I discovered the blues from Eric Burdon and the Animals , my life flipped again...I also find the blues community is easier on my soul than rock and roll."

What are some of the most important lessons you have learned from your paths with blues people and music circuits?

As Jimmy Johnson sez: "Just be kind!" The blues world is much mellower and honest than the rock world.

I l liked it when to see Muddy or Junior Wells you had to leave the house and go to a juke and sit by the stage and learn...Nowadays, you get cable and YouTube and you can see anything...Not the same.

That you couldn't see performances on TV, that you had to go get dangerous and smell the music.

What touched (emotionally) you from the Motor City's blues scene? What characterize the sound of local scene?

The old guys (and gals) that were fighting till the end of days to get by...How tough these artists were, day jobs and all night at the juke…No sleep!

Do you consider the Blues a music genre or a state of mind? What is the impact of Blues to the socio-cultural implications?

Blues is a way of life...Blues artists just want to have fun.

New Orleans in early 60's …Where all music started! 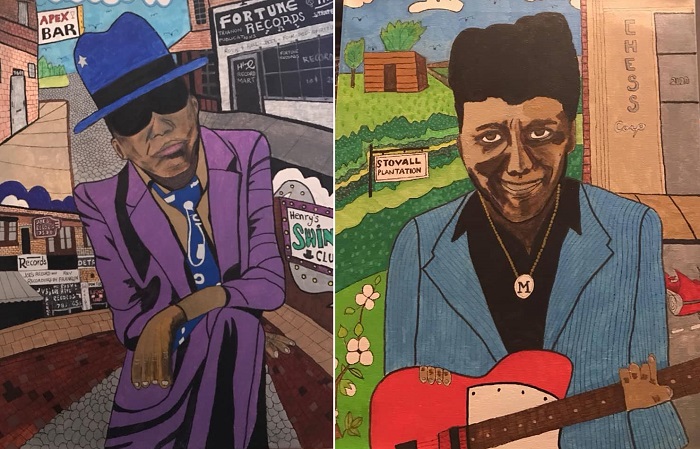