Q&A with rootsy pianist Kevin McKendree - an inherent, obsessive love of music and a lengthy career as session musician

"I miss the rawness of the old recordings. I don’t mind hearing mistakes, if the performance delivers the feeling it’s designed to."

Kevin McKendree was born with an inherent, obsessive love of music. He began to play the piano at the age of three. Teaching himself by ear, listening to records by Little Richard, Jerry Lee Lewis, Ray Charles and other early Rock & Roll/ R&B pioneers. When he was ten, inspired by B.B. King, he began to play the guitar. Throughout his teens his obsession led him to many different styles of music, which he brought to the many bands he played with. Kevin's professional career began in 1987, when the seventeen year old's talent was recognized by Peter Bonta, a long time Washington D.C. area music scene fixture and owner of Wally Cleavers Recording. Peter introduced him to many of the area's top blues artists (including Big Joe Maher, Tom Principato, Bob Margolin & Mark Wenner). Very quickly, he became one of the most in demand musicians in the area. 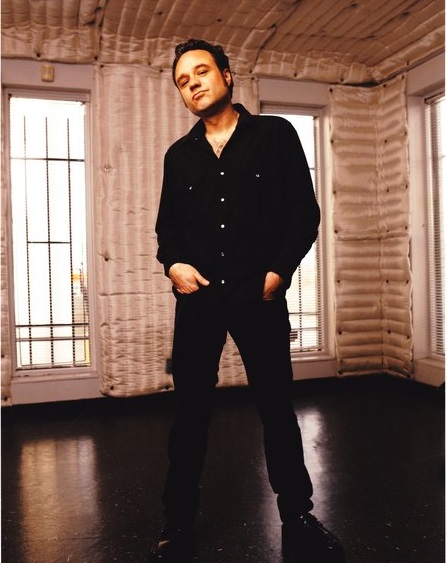 In 1995, Kevin left his haunts in the Washington, D.C. area to move to Nashville, TN. Recommended by The Rolling Stones' keyboardist, Chuck Leavell, he backed Arista recording artist Lee Roy Parnell. Still in his twenties, Kevin co-wrote and co- produced the Grammy nominated piano driven instrumental, "Mama, Screw Your Wig On Tight." In 1997, Kevin joined Delbert McClinton as his band leader, playing on the Grammy winning albums, "Nothing Personal" and "Cost Of Living," and the Grammy nominated album, "Room To Breathe." Delbert's easy touring schedule enabled him to have the best of both worlds in Nashville; recording sessions during the week and playing "live" on the weekends. At the beginning of 2011, Kevin stopped playing full time with Delbert in order to have a more flexible schedule and capitalize on the many other opportunities that were surrounding him. These included recordings and world tours with both Brian Setzer and John Oates, as well as producing album projects in his studio, The Rock House. Over the years, Kevin has played on hundreds of releases and performed thousands of times live with a wide range of artists, musicians and producers including: Little Richard, Lee Roy Parnell, Buddy Guy, Anson Funderburgh, Tom Dowd, Donald "Duck" Dunn, Earl King, Tinsley Ellis, Bonnie Bramlett, Johnny Sandlin, Mike Henderson, Don Was, Kentucky Headhunters, David Hood, Johnny Adams, George Thorogood, Etta James...and more! Kevin, recently, has been focused on songwriting and producing in his own studio, The Rock House.

What do you learn about yourself from the Rock & Roll/ R&B culture and what does the blues mean to you?

How do you describe Kevin McKendree sound and songbook? What characterize The Rock House’s philosophy?

My sound is rootsy and informed by blues, though it can adapt to many different styles. The mission statement for The Rock House: “The Rock House, a place to make good music with my friends”.

How has the Blues influenced the journeys you’ve taken? What touched (emotionally) you from the 88 B/W keys?

Blues has been the basis of all of my travels. Blues is the basis of my playing and my playing has taken me all over the world. Just something about the sound of piano has always touched my soul. I’ve been fortunate to know a lot of amazing people who have given me great advice. One of them was Chuck Leavell, who told me to “make your own luck, put yourself around the people you want to make music with”.

Some highlights: Sitting in with the Allman Brothers in 1997. Recording with Tom Dowd and Donald “Duck” Dunn. Recording with Buddy Guy. Being Delbert McClinton’s band leader. Recording Little Richard at The Rock House. There’s really too many amazing memories to list! I feel very fortunate that my career has led me to my heroes. Even more amazing, to me, is that I have been accepted as their peer.

I miss the rawness of the old recordings. I don’t mind hearing mistakes, if the performance delivers the feeling it’s designed to. I think most, not all, modern recordings are too concerned with perfection, whether it’s pitch or tempo, and not concerned enough with “feel” and raw emotion.

That artists would be compensated fairly for the work they do. 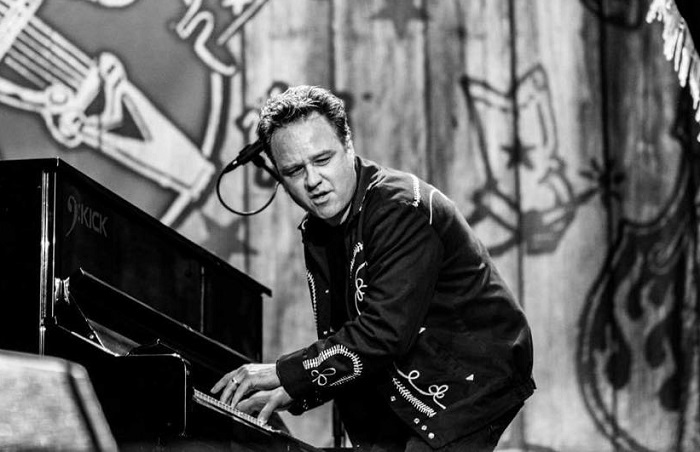 "From playing in many different bands in many different styles, I’ve learned to adapt quickly to changes. Blues music for me, is the ultimate raw, musical expression. Nothing sums it all up like the Blues." (Kevin McKendree on stage / Photo by Rob de Groot)

What are the lines that connect the legacy of R&B from Washington, D.C. to Nashville, Muscle Shoals and beyond?

I think music transcends the physical, so I’m not so sure that the places really matter as much as the people that happened to be in those places. A good example: Jon Cleary, one of today’s best New Orleans piano players is actually from the U.K.! I think we are influenced by the people in the places, not the places alone.

What has made you laugh from Little Richard and Etta James? What touched (emotionally) you from Tom Dowd?

Well, I got a good laugh when Little Richard’s stretched limousine pulled up in to my backyard…that’s never happened before! He also shared some great rock and roll stories that had us all in stitches. What a charismatic man! When I worked with Etta James, it was just for a day and, although I wish I had, I didn’t have much interaction with her, other than musically. Tom Dowd was an inspiration. He knew exactly how to motivate each person on the session to make the best music we could…and each person was motivated differently. He somehow managed to speak to each of us on our own terms, instead of his. He was a very warm, intelligent and competent person. A rare genius.

What is the impact of Blues, Jazz and R&B music to the racial, political and socio-cultural implications?

I’d like to be in the control room with Tom Dowd and Jerry Wexler on a Ray Charles, Atlantic Records session….any one of them would be okay with me! 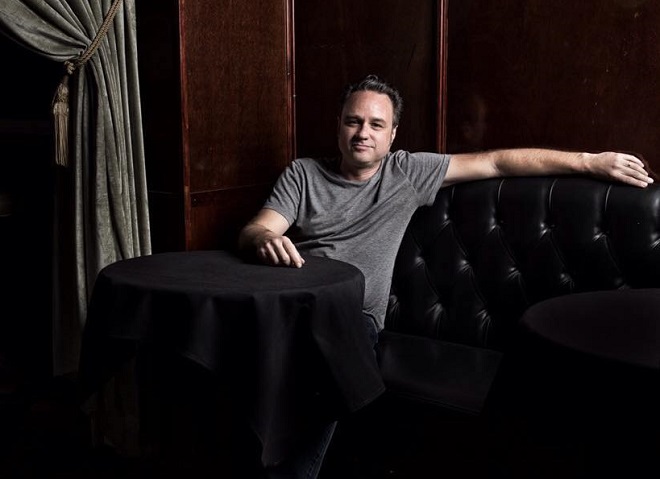