Q&A with Sakis Papadimitriou, one of the greatest Greek piano players, composers and improvisers

"What I have learned about myself and my relation to other people is that overtime I deal with specific personalities and not with a socio-cultural small or big circle of human beings."

“Piano Voices” (To Pikap / Heathen Natives, 2018) is the latest work of Sakis Papadimitriou, one of the greatest Greek piano players, composers and improvisers. Papadimitriou has been recording constantly since the 70's, with releases in Leo Records, Praxis, CBS and more. This is his first vinyl release since 1988. The entire album was recorded in a one take session without any editing or overdubs. Some of the tracks are reminiscent of the experimentations of John Cage, some others share the minimalistic approach of Steve Reich while others flirt with the emotionalism of Eric Satie. It defies genres, bridging the gap between free jazz improvisation and classical composition. Piano Voices is about a man and a piano. It's about a research of what a musician can produce mentally, emotionally and physically. It's about what this instrument can offer in its wholeness, not just its black and white keys but its entire body. This is more than an avant-garde album. It's an amalgamation of Mr. Papadimitriou's wisdom, gained in his long artistic journey. 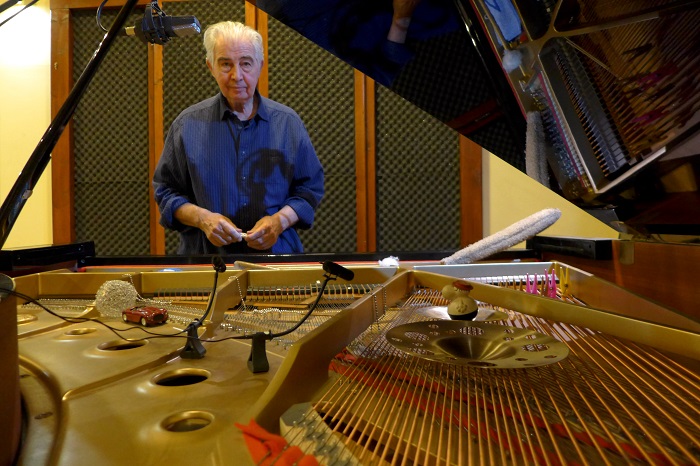 Born in Kavala, he grew up and is currently residing in Thessaloniki, Greece. Since the early sixties he has been writing and contributing to magazines, as well as playing the piano. He has been developing radio programs for the State Radio since 1975. Has been composing music for theater plays and has organized events which combined on-stage music, dance, painting and/or silent movies, essays, and texts on improvisation. Editor of TZAZ, plus and minus, Jazz & τζαζ magazines. Discography of 16 records and 2 double albums : Leo Records (London) produced seven, In Situ (Paris) produced two, and the rest were released by Greek independent record companies. Participated in many European Festivals and projects.  Performed solo piano, and with Günter Sommer, Andrè Jaume, Daunìk Lazro, Carlos Zingaro, Jean Bolcato, Joe McPhee, Vittorino Curci, Vincenzo Mastropirro, Glen Velez, Gianni Gebbia, Gianni Lenoci and others.

How has the Jazz and lyrical poetry influenced your views of the world and the journeys you've taken?

The first thing that comes in mind is freedom in general and reaction to clichés of any kind.

How do you describe your music philosophy and mission? Where does your creative drive comes from?

My music philosophy takes form when music and sounds happen. It is not a theory that I can teach. Also, I never felt that I had a mission. No way. Creative drive comes continually from everyday life and inspiration.

What would you say characterizes your work in 'Piano Voices'? Do you see your personality reflected in your work?

This album characterizes myself of today. Characterizes also the piano itself as an instrument of many voices. Of course, I can hear the past, I can see how some ideas of the 70's, 80's etc. developed, but it is still the present that is reflected. 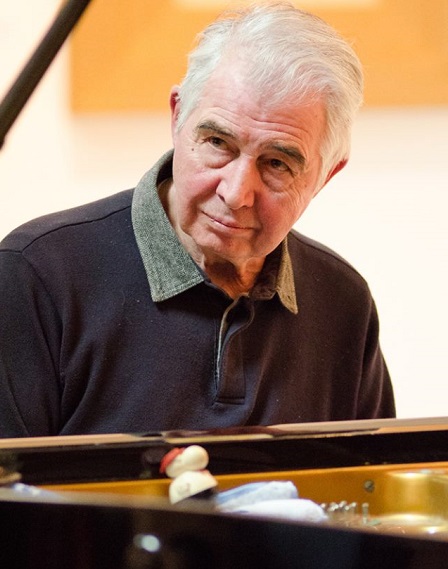 What do you miss most nowadays from the music of the past? what are your hopes and fears for the future of?

The music of the past is here, in LPs and CDs, in photos, books and memories. I do not feel that it is all passé. It is part of history and life. About the future? There is nothing I can do about the future. I only hope that artists, creative people, will continue contributing ideas and works without being censored.

"My music philosophy takes form when music and sounds happen. It is not a theory that I can teach. Also, I never felt that I had a mission. No way."

If you could change one thing in the musical world and it would become a reality, what it would be?

There is no possibility to do such things I do not let it occupy my mind.

What touched (emotionally) you from the traditional and theatrical music? How the 'Aegean Music Workshop' started?

All these elements penetrated my body and sentiments during many decades, but they where never definite and above all of the rest. There is no workshop of Aegean music. It is just the same ancient Greek music's pieces and poetry gave me the opportunity to transform them into contemporary music environment, especially for the grand piano and also for the piano plus voice and percussion.

What is the impact of music and literature to the socio-cultural implications? What do you learn about yourself?

I have read and discussed a lot about this topic. What I have learned about myself and my relation to other people is that overtime I deal with specific personalities and not with a socio-cultural small or big circle of human beings. 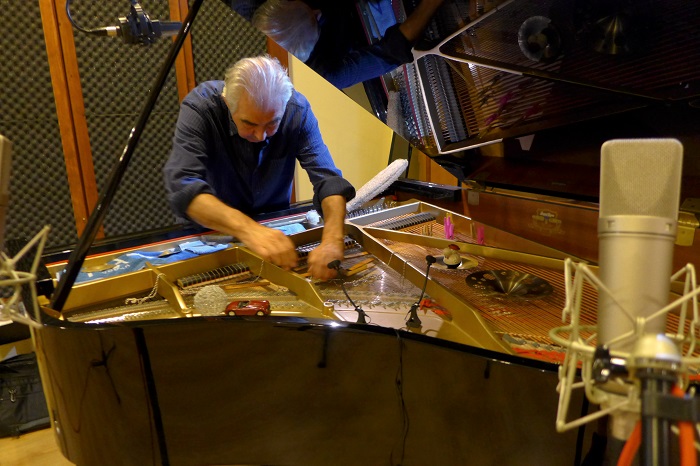