"Rock'n'Roll ain't politcal! It is about having fun and feeling good, no matter if you are poor or rich, black, yellow, red, white or green, and no matter to which god you pray! It is just that if you don't like Elvis we can't be friends!"

Anyone hearing Sandy & The Wild Wombats for the first time will wonder why they chose these songs for the debut album "The Girl Can't Help It" (2016 Jazztank). Fifties' classics – long thought forgotten - are revived here in new glory. Sandy's rough voice alone makes the songs up-to date again. And what power they get in the Wild Wombats' new rendition! It's the rough edges – the hard tones – that make Sandy & The Wild Wombats so appealing. Recorded and produced privately at the beginning of 2015, it was just to be a simple but usable demo. But the power and the enthusiasm - and Sandy's hot and expressive voice combined with the band's musical talent – suddenly they had a complete album! With no flat spots, humorous, not too serious, Sandy & The Wild Wombats are on the best way to making a name for themselves live – and with wild concerts!                     Sandy & The Wild Wombats / Photo by Michel Müller 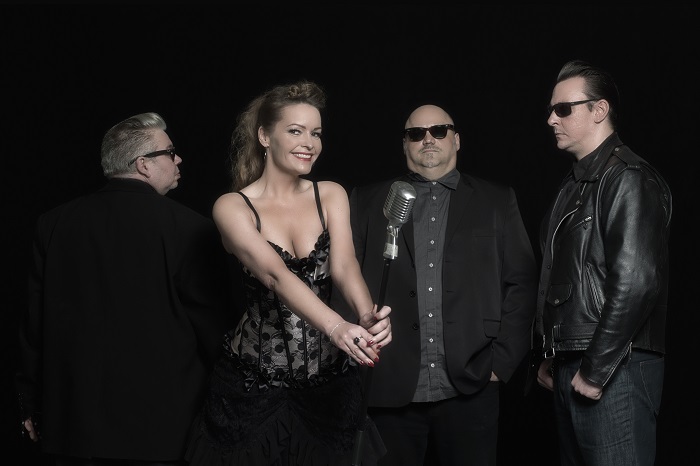 Seems like the first time, a modern rock'n'roll and rockabilly band has brought forgotten classics back to life, classics like “Got A Lot O’ Livin' To Do”, a song from Elvis's great movie career. Listen to Sandy singing “Riot In Cell Block #9” rendered in the best Wanda-Jackson style. And “Have Love Will Travel” is also included in this series of great interpretations, although here, the number is more inspired by the Sonics' version than the striking Doo-Wop original by Richard Berry Jr. Most of the songs on this album were prompted by special requests (“Hello! I'm special! Play me!”) and followed the motto: “Why not try that one?” The idea was, “Make it rough and dirty! Just sing it!” - and it's just played - and you just feel it. Get your head out of the sand - tune into the feeling! Get Your Morning Papers!

What do you learn about yourself from the Rock n’ Roll culture and what touched (emotionally) you?

Rock'n'Roll is straight forward, it is positive, full of energy and it has the attitude that everything can be possible, it makes you feel good. That's what it does for me and that is what I like to give to my audience, a good time, be it live or on CD!

How do you describe Sandy and the Wild Wombats sound and songbook? What characterize your music philosophy?

I would call it modern Rock'n'Roll and Rockabilly, that honours the 50's but takes it into today. The first Album was strictly covers we wanted to honour some of our influences, the next will also feature self-penned songs, it is all just one philosophy, let's have a Party, life is too short to feel bad!

Well, I guess we could write a book about that but I don't have a story short enough for this Interview handy! 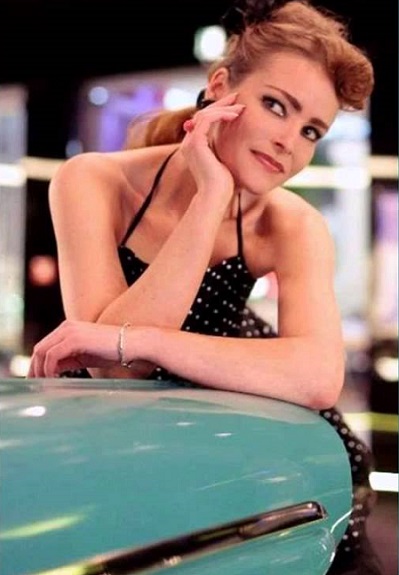 There is a lot of good stuff around and you can find everything you want these days, there is not much that I miss! I don't have fears when it comes to Music!

I would make the next big thing in music be talent not money!!

What are the lines that connect the legacy of Blues with Rock n’ Roll, Swing, Rockabilly, Jive/Jump and Country music?

It is all connected with each other, and it all influenced each other, it is all Roots Music. The difference between the styles you mentioned is basically the feel you have towards the same thing!

My world is my world and my status is “rock you” wherever you are!!

What is the impact of Rock n’ Roll music and culture to the racial, political and socio-cultural implications?

Rock'n'Roll ain't politcal! It is about having fun and feeling good, no matter if you are poor or rich, black, yellow, red, white or green, and no matter to which god you pray! It is just that if you don't like Elvis we can't be friends!

Why did you think that the Rock n’ Roll music continues to generate such a devoted following in German and Europe?

That is an easy one, basically because it is real Music and it makes people feel good!

I would travel back to the day the Music died, and tell Buddy Holly, Ritchy Valens, and the Big Bopper, that it might be a good idea to take the bus!! 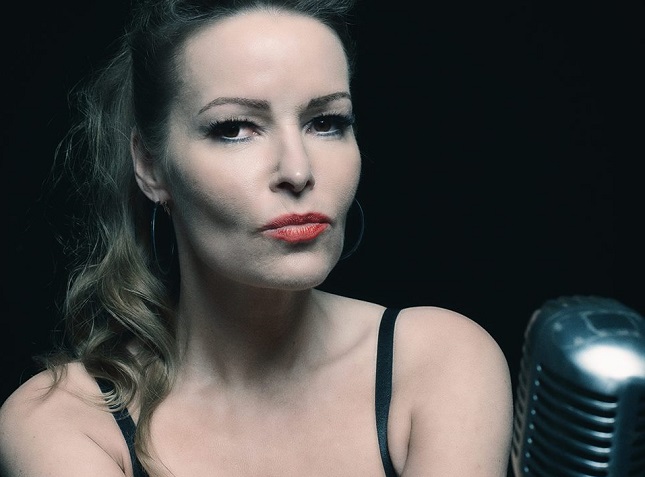