Q&A with saxophone player Richard Laitaile (Roomful of Blues) - play both sides of the fence, lyrically tender or blisteringly hot

"I believe the music we play at it’s best makes people feel good, want to get up and move, and is an honest, no frills expression of the human experience."

Richard Laitaile: In A Roomful Of Blues

Richard Laitaile (tenor & alto sax) joined Roomful of Blues in 1970 and was there at the beginning of what has become the most legendary horn section in contemporary blues. It was Rich’s interest in the swinging bands of the ’30s and ’40s that led Roomful to forge the distinctive sound that has become the band’s trademark. A man who can play both sides of the fence, lyrically tender or blisteringly hot, Rich has a big, warm tone that is always jam-packed with feeling. His melodic inventiveness reflects the depth and breadth of his wide-ranging influences. Rich worked with various local and high-school bands before beginning his long-term relationship with Roomful. 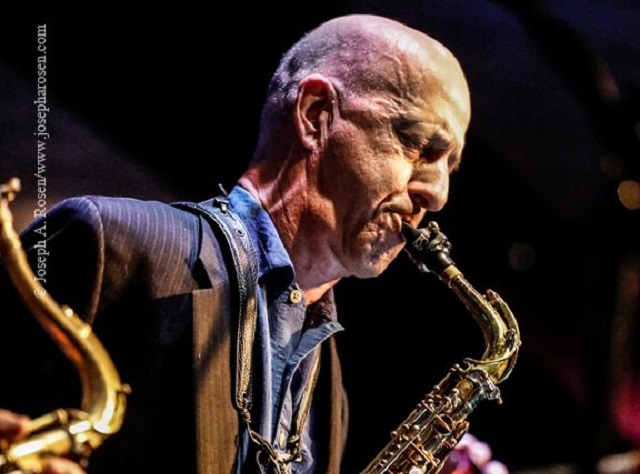 In A Roomful Of Blues (2020), the band’s sixth release on Alligator Records, features 13 wide-ranging songs, including ten band-composed originals – more than on any previous Roomful album. Eight songs were written or co-written by Chris Vachon (including one authored with vocalist Phil Pemberton) plus one each by sax player Alek Razdan and keyboardist Rusty Scott. From the rocking We’d Have A Love Sublime to the funkified You Move Me  to the closing-time lament She Quit Me Again to the up-to-the-minute Phone Zombies, In A Roomful Of Blues is filled with soaring blues, zydeco twists, late-night ballads, Latin-tinged funk and a touch of vintage, fifth-gear rock ‘n’ roll.

One of the things I am grateful for in my career in music is that it has taken me to so many interesting places all over the world. I’ve performed in all but 1 state in the USA, most of the countries in Europe, Mexico, Canada, Japan, Russia, and Turkey. It still amazes me that our music is loved in so many divergent places, and it shows me that people everywhere are pretty much the same at their core, if you treat them with respect they will respond in kind.

How do you describe your sound and music philosophy? What touched you from the sound of saxophone?

My first influence on tenor was Lester Young, and on alto it was Johnny Hodges. One thing they had in common was a tremendous sense of melody. I always loved the flow of musical ideas that Pres had, how he would go places you didn’t expect. No one had a sound on alto like Rabbit, and he was unmatched when it came to playing ballads and the blues. Over the years I’ve gotten into many other different players, on tenor, Gene Ammons, Sonny Stitt, Illinois Jaquet, Arnett Cobb, Sonny Rollins, Dexter Gordon, Red Prysock, Stan Getz, Zoot Sims, Stanley Turrentine. On alto, Charlie Parker, Benny Carter, Cannonball Adderly, Eddie “Cleanhead” Vinson, Paul Desmond, Lou Donaldson. I’m sure I’m forgetting a few. In my music I try to play melodically, but also with a blues feeling, and to be concise in my choice of notes. 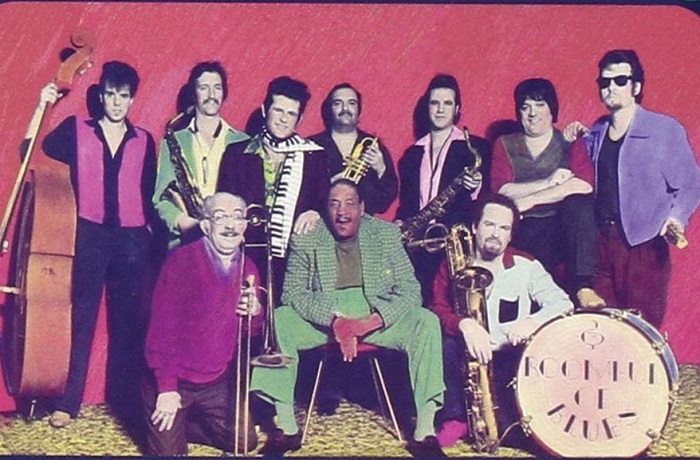 "I think one of our strengths is the variety of blues styles we play. We can go from Jump and swing blues to New Orleans style, to Chicago blues to soul and rockin blues all in one set. I think it makes it more interesting for the audience." (Photo: Roomful of Blues & Big Joe Turner, 1983 / Photo by Joe Rosen)

Getting to meet and open for Count Basie was an unbelievable thing. Having the chance to Perform and record with Cleanhead Vinson and Big Joe Turner was a great thrill. We used to affectionately refer to Cleanhead as old man, and he would respond, ‘You just keep on living, you’ll be old too. “I’m finding out how true that is now!

Why do you think that Roomful of Blues music continues to generate such a devoted following?

I think one of our strengths is the variety of blues styles we play. We can go from Jump and swing blues to New Orleans style, to Chicago blues to soul and rockin blues all in one set. I think it makes it more interesting for the audience.

One year we played at the North Sea Jazz festival. As I was waiting in line to check in Wynton Marsalis was in front of me Branford Marsalis was behind me. I looked over at the restaurant neat to the lobby and Oscar Peterson was sitting down to breakfast. Later, after checking in I got on the elevator to go to my room and Milt Jackson was on it with me.

Even before the pandemic hit, the gig situation was in decline for years, the days of doing 200 plus shows were long gone. Now, with what’s happening I don’t see it even recovering to what it was just last year. I feel bad for younger musicians just getting started, the live music scene will be very different. I hope I’m wrong, but I’m afraid I might not be. 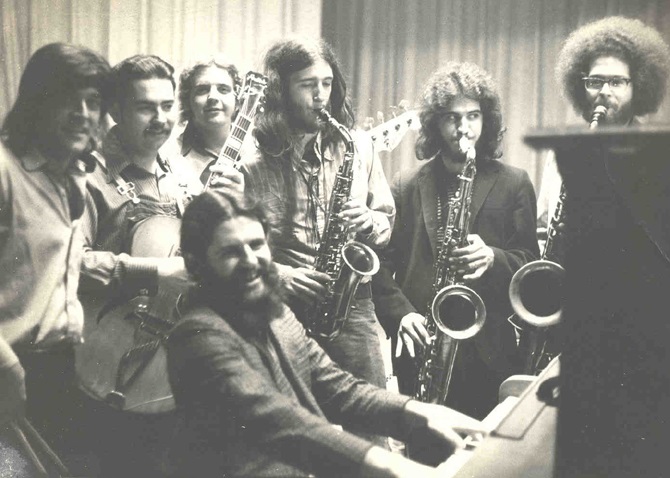 "It still amazes me that our music is loved in so many divergent places, and it shows me that people everywhere are pretty much the same at their core, if you treat them with respect they will respond in kind." (Photo: John Rossi, Duke Robillard, Ed Parnagoni, Rich Lataille, Greg Piccolo, Doug James; and Al Copley / Roomful of Blues, early days, RI c.1970s)

What were the reasons that Rhode Island in 1970s was the center of Swing Blues researches and experiments?

Roomful had been around for a few years when Duke went to the Ann Arbor Blues fest in 1970, where he saw Cleanhead Vinson performing with the Johnny Otis show. That inspired him to hire Greg Piccolo and myself on Saxes, and awhile later adding Doug James to the mix. We all started seeking out Swing and Jump blues recordings and from that developed the early Roomful sound. The Buddy Johnson Big band was an early influence, as well as Louis Jordan, Lucky Millinder, Tiny Bradshaw, and Roy Milton to name a few. We brought in people like Red Prysock, Joe Turner, Cleanhead Vinson ,and  Helen Humes from the early Basie Band , to play with us at the Knickerbocker Café in Westerly, RI, and the word got out that Rhode Island was a place to go see genuine Jump Blues and swing .

To stay true to what you believe in and not let the latest fad make you stray from your musical path.

What is the impact of Blues/Jazz on the socio-cultural implications? How do you want it to affect people?

I believe the music we play at it’s best makes people feel good, want to get up and move, and is an honest, no frills expression of the human experience.

I remember reading about a famous musical “cutting” contest between Coleman Hawkins and Lester Young in Kansas City in the 30’s. I would have loved to see that. 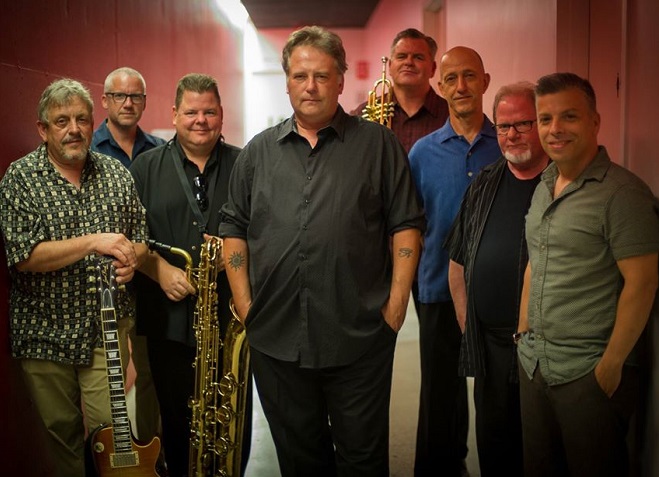