Q&A with saxophonist Wayne Escoffery, one of the Jazz world’s most talented rising stars and in-demand sidemen.

"African American music, Art and literature all tell the story of black people’s journey from then being taken from Africa, enslaved though present day. Black art and literature are an integral part of telling the American story in an honest way."

Downbeat Critics Poll Winner and Grammy Award winning tenor saxophonist Wayne Escoffery is one of the Jazz world’s most talented rising stars and in-demand sidemen. He has been mostly associated with The Mingus Big Band and with trumpet master Tom Harrell after securing one of the most coveted gigs in jazz: a frontline position in Harrell’s working quintet in 2006. For the past decade Escoffery has toured the globe with the trumpeter, recorded seven CDs with The Tom Harrell Quintet and co-produced four of those releases. He has been a member of The Mingus Dynasty, Big Band and Orchestra since 2000 and has made several recordings with the group. Over the years he has recorded and performed internationally with a who’s who in Jazz including Ron Carter, Ben Riley, Abdulah Ibrahim, Eric Reed, Carl Allen, Al Foster, Billy Hart, Eddie Henderson, Rufus Reid, Wallace Roney and Herbie Hancock  to name a few. Escoffery leads his own groups which tour internationally and has made several highly acclaimed studio recordings with said groups. His current working quartet features pianist David Kikoski, bassist Ugonna Okegwo and drummer Ralph  Peterson and has a release on the Smalls Live Record label as well in 2017 release on Sunnyside Records. 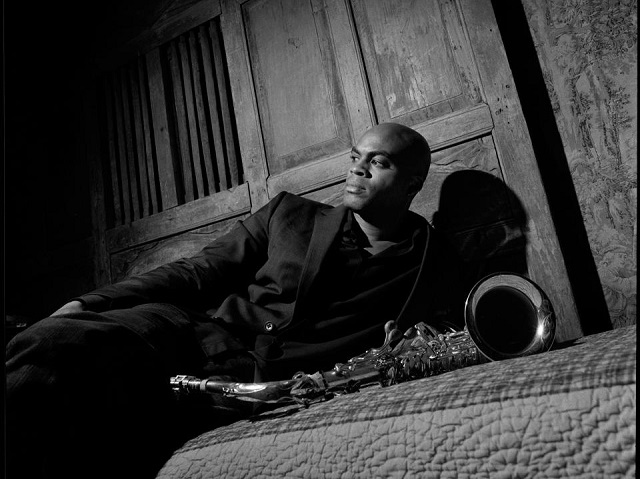 Escoffery is also a founding member of a collaborative group called Black Art Jazz Collective which is comprised of fellow rising star musicians of his generation and is dedicated to celebrating African American Icons through originally composed music while being a positive role-model for young African - Americans and young musicians of all ethnicities worldwide. The group’s most recent recording Black Art Jazz Collective Presented By The Side Door Jazz Club in Old Lyme received 4.5 stars in the October, 2016 issue of Downbeat Magazine. In addition to performing, Escoffery is dedicated to music education and presents lectures and masterclasses on Jazz music. He is currently the saxophone instructor for The New Jersey Performing Arts Wells Fargo Jazz for Teens program and in the Fall of 2016 was appointed Lecturer of Jazz Improvisation and ensemble coach at the Yale School of Music as a part of Yale Universitiy’s new Jazz Initiative, the first of its kind for the University. The vast array of contributions Wayne Escoffery has made to the Jazz world in such a short time leads seasoned industry professionals like Niel Tesser to write “ Pay special attention to tenor man Wayne Escoffery whose rapid development - from album to album (and seemingly solo to solo) - has given us a jazz hero for the coming decade.

How has the Afro American music and literature influenced your views of the world and the journeys you’ve taken?

African American music, Art and literature all tell the story of black people’s journey from then being taken from Africa, enslaved though present day. Black art and literature are an integral part of telling the American story in an honest way. These stories told through music and art served as an early education in race in America for me. They provided me with African American traditions and accomplishments to be proud of as well as information for survival in a world full or racism.

How do you describe your sound and music philosophy? What touched (emotionally) you from saxophone?

I describe my sound as a Juxtaposition of the wide variety of musicians whom I have studied. John Coltrane, Dexter Gordon, Sonny Stitt, Charlie Parker, Jackie McLean, George Colman, Gene Ammons, Miles Davis, Woody Shaw, Blue Mitchell, Kenny Durham, Bud Powell, McCoy Tyner, JJ Johnson, Lucky Thompson, Sonny Rollins, Joe Henderson, Lester Young, Herbie Hancock, Steve Grossman, Michael Brecker and many others. My philosophy is to learn the language of Jazz through transcription, analyzation and implication, master the language and vocabulary and then using the language to create art while pushing the envelope. 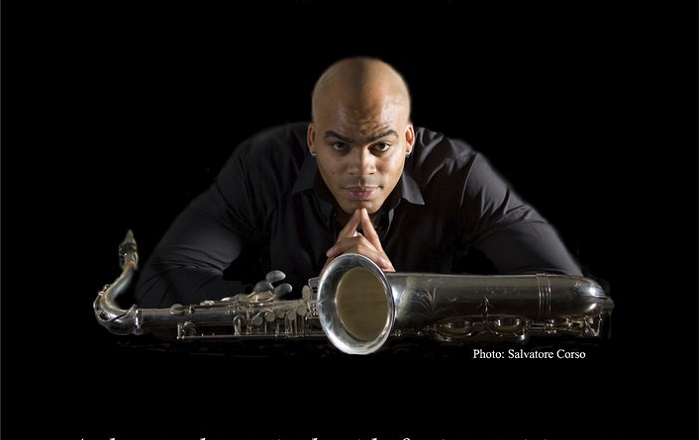 "I don’t have future hopes or fears in regard to Jazz. Jazz always mirrors society and tells the story of those playing it, it always has and always will. I suppose my one hope is that I can continue to be a part of Jazz’s ever-changing story." (Wayne Escoffery / Photo by Salvatore Corso

My tutelage under Jackie McLean has been my most important and valuable experience. The other one was the 10 years I spent as a part of The Tom Harrell Quintet. The best advice that I have ever received changes depending on what ai need to remind myself. But, the advice that always comes back to me was what Saxophonist   Houston Person once told me when I was a college student at The Hartt School. “Always remember, there is room in this business for EVERYONE!”

The first take is always my best.

What I miss most is drummers who can play the ride cymbal...well; consistently at any tempo for an extended period of time. Also, sincere humility on one’s instrument, as well humility away from it. I don’t have future hopes or fears in regard to Jazz. Jazz always mirrors society and tells the story of those playing it, it always has and always will. I suppose my one hope is that I can continue to be a part of Jazz’s ever-changing story.

That musician’s fees were proportionate to the amount of hard work and dedication we put into our craft.

Do you consider the Jazz & Blues a specific music genre and artistic movement or do you think it’s a state of mind? I don’t think that Jazz & Blues are a state of mind. They are genres of music requiring a specific skill set. One’s state of mind adds another element to the music.

"My philosophy is to learn the language of Jazz through transcription, analyzation and implication, master the language and vocabulary and then using the language to create art while pushing the envelope."

What is the impact of Jazz music and culture to the spiritual, civil rights, political, and socio-cultural implications?

I think they are in many ways all one in the same and impact each other.

I don’t like fantasizing about fiction and things that can never be. I prefer focusing on what I want to happen that is an actual possibility.