Q&A with storyteller Bob Bradshaw, from folk, Americana and blues into one cohesive package of spell-binding music

"I don’t miss anything from the music of the past - I believe that all music exists in the present. Folk, Roots and Blues music should evolve to reflect the times we live in, right?"

Singer/songwriter Bob Bradshaw will be released his new CD, The Ghost Light, by Fluke Records (April 30, 2021), which blends influences from folk, rock, country, Americana and blues into one cohesive package of spell-binding music. Bob Bradshaw is a storyteller. And like any good storyteller, he possesses the ability to transform himself right before your very eyes, to not only craft a compelling cast of characters, but to inhabit them with complete and utter conviction. One listen to The Ghost Light reveals a true chameleon at work. One moment he’s an impulsive daredevil plunging over Niagara Falls in a wooden barrel; the next, a sea-weary pirate lured to his death by a choir of sirens. More often than not, though, he’s simply one of us, just an ordinary, everyday soul searching for meaning, hope, and redemption wherever he can find it. Ultimately, the new album plays like a collection of short works of fiction, each song unique in its form and function yet inextricably linked by a common emotional thread. Every track is an invitation, a doorway to another time and place. The world may have gone dark this past year, but with The Ghost Light, Bob Bradshaw is determined to keep the bulb burning. That’s what good storytellers do.            (Bob Bradshaw / Photo by Rafi Sofer) 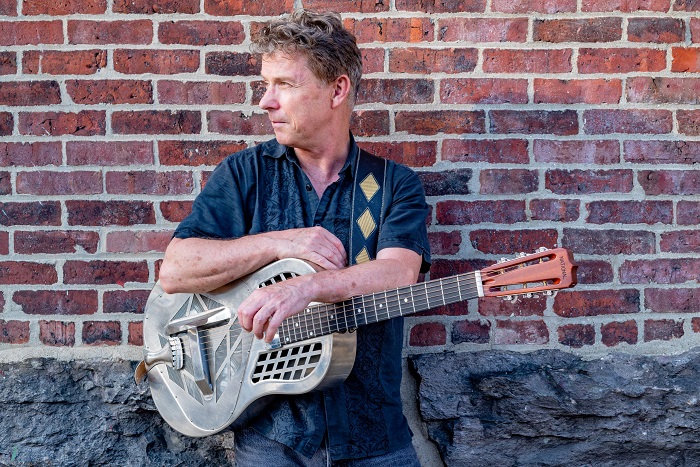 Born and raised in Cork, Ireland, Bradshaw apprenticed as a journalist as a teenager, but after spending much of his twenties writing a mix of news and short stories (including two stories in the prestigious Irish Press New Irish Writing series), his restless spirit eventually got the better of him, and he struck out on his own to see the world with little more than a backpack and guitar to his name. For the next several years, he drifted across Europe, surviving off his earnings from busking on street corners and performing in bars until 1989, when he landed a green card. Bradshaw found himself in New York City, where he picked up a series of odd jobs (house painter, Liza Minnelli’s doorman, among others) to make ends meet. Like many an immigrant before him, he eventually moved west, settling down in San Francisco for a decade during which he met his wife and formed his first true band, Resident Aliens.

I don’t know that Roots and Folk music has been a ‘guide’ for me ever. I’ve learned a lot of songs over the years – songs by Guy Clark, John Hiatt, Nick Lowe, Townes Van Zant – maybe when you internalize a song it exists as a sort of prayer, or a mantra…. But I don’t like to analyze that too much.

I’m a roots-rock, folk-rock, country-rock, guitar-playing, story-telling, singer-songwriter who appears to need to perform in front of an audience in order to fulfill himself.

What do you hope people to take away from "The Ghost Light" songs? What touched (emotionally) you from the Tango?

I hope people will appreciate the humor and tenderness in the songwriting, and appreciate the musicianship in the playing. I like creating sonic worlds in my songs, the tango-reference in ‘Sideways’ is supposed to be playful, uplifting... 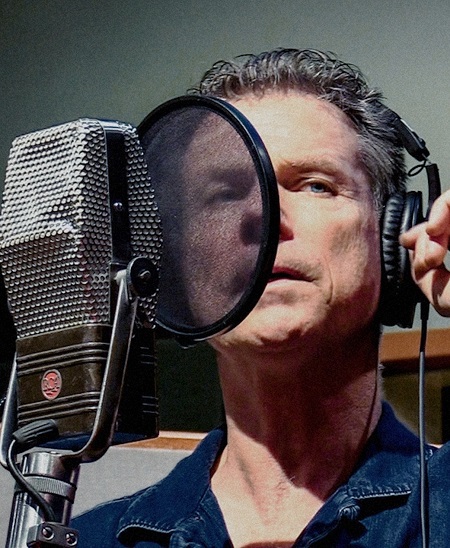 I don’t miss anything from the music of the past - I believe that all music exists in the present. Folk, Roots and Blues music should evolve to reflect the times we live in, right?

"I’m a roots-rock, folk-rock, country-rock, guitar-playing, story-telling, singer-songwriter who appears to need to perform in front of an audience in order to fulfill himself."

How important was travels in your life and inspiration? What are the differences: European and US music scene?

I don’t think there’s much difference in the European and US music scenes. They love American music in Europe, and here in the States they seem to like it when I do traditional Irish folk songs, even songs in the Irish language.

All the great friendships I have made in my life have through music – either musicians I’ve played with, or people deeply involved in music.

I’m not a prophet, just an entertainer. I write and sing songs to express myself, tell stories. It’s something I think I’m good at, so it seems like a worthwhile use of time.