Q&A with singer/songwriter/cornetist Al Basile, eight-time Blues Music Award-nominated will be released his new CD, Through with Cool

"The music industry is squeezing the last drops out of its old business model. It operates on a profit motive and doesn't feel obligated to promote music as music; it's content to promote it in the same way it promotes laundry detergent. It won't adapt until it sees that a grassroots movement coming from a music-starved audience can be profitable."

Al Basile: Through with Cool

Eight-time Blues Music Award-nominated singer/songwriter/cornetist Al Basile announces an August 19 release date for his latest CD, Through with Cool, on Sweetspot Records, distributed by City Hall Records. Through with Cool benefits from Al Basile’s quickly- growing skills as his own producer, refining the sound of his last two production efforts Last Hand and B's Testimony, as Basile directed all the aspects of the new project, recorded by Jack Gauthier at Lakewest Studios in West Greenwich, Rhode Island. Basile (vocals and cornet) is joined on the new disc by his veteran crew of New England music all-stars: Bruce Bears on keyboards, Brad Hallen on bass, Mark Teixeira on drums, Doug James on tenor sax and Jeff “Doc” Chanonhouse on trumpet, plus the guitar wizardry of multi-Blues Music Award nominee Kid Andersen. And fans of Basile’s signature cornet work will be pleased to know that his horn playing has reached another level on the new disc.                                         (Al Basile / Photo by Meghan Sepe) 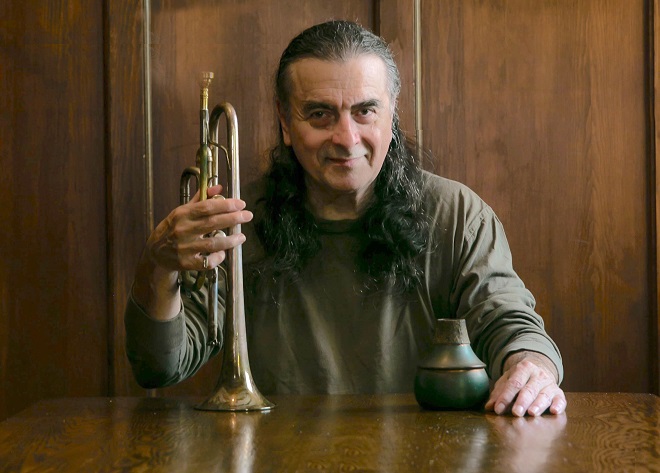 He’s been nominated eight times for a BMA as Best Horn Player, and his 2016 release, Mid-Century Modern, was nominated as Best Contemporary Blues Album. He’s written hundreds of songs, some of which have been covered by Ruth Brown, Johnny Rawls, and the Knickerbocker All Stars. Guests on his own releases have included the Blind Boys of Alabama, Sista Monica Parker, Sugar Ray Norcia, Jerry Portnoy, and jazz great Scott Hamilton. Celebrated for his mastery of lyric writing as well as music, Al's skill with words extends to his other career as a poet: he is published regularly in leading journals, has won prizes, and has three books in print collecting his work from the Seventies until the present day. For the last four years he has taught lyric writing, led panels, and performed at poetry conferences. Born in Haverhill, Mass., on the north shore of Boston, Al was the first to receive a Master's degree from Brown University's writing program. He was the first trumpet player for Roomful of Blues in the mid-70s, and he's enjoyed a long relationship as a co-writer and sideman during Robillard's solo career since the 80s, garnering credits as songwriter and trumpet player on a dozen of Duke's CDs and DVDs. In 1998, he released his first solo CD on his own Sweetspot label. He also taught English, music, and physics in a private Rhode Island high school for 25 years before devoting himself to music and poetry full time in 2005.

I've been collecting building blocks ever since I was born. First, I listened to music and noticed how it made me feel. Then I learned to play the trumpet, and how to read music. Then I started picking out the kinds of music that meant more to me. Then I wrote musicals in college, where I did the lyrics and book. Then I started to learn how to improvise, and played in front of an audience for the first time. Then I got my first job with Roomful of Blues, and traveled and played, live and in recordings. In the mid Seventies I learned how to write my own music, and how to sing. Then I played and wrote on Duke Robillard's records in the Eighties and Nineties, and played and sang in jazz groups of my own. I started my record company in 198 and began to make my own records. Over time I learned to write horn arrangements for my records. Finally over the last three years, I've learned how to produce my own records. If every one of those skills is a building block, my new CD is built out of every one. It's taken my whole life to get to this point. It's mine in all those ways.

My values are reflected in every skill – they haven't changed. I believe music should sound good, so I work to have a rich, vocal tone on my horn, and a warm, inviting sound on my arrangements and mixes. I believe that lyrics should tell a story, so I write that way, and sing the words to tell it effectively. I believe in sincerity and wisdom, and I try to capture both in everything I wrote and do. I think rhythm is the backbone, so all my songs have strong grooves. And I love lyricism, so I try to write, sing, and play gracefully. I try to make music like the music I love. That hasn't changed – I just know how to do that better now. 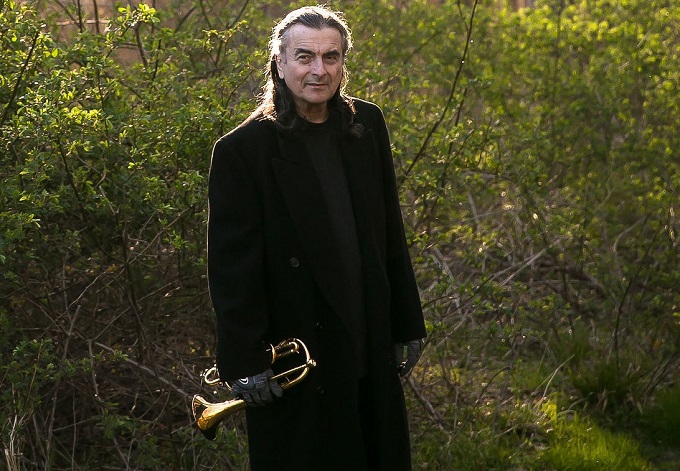 "Finally over the last three years, I've learned how to produce my own records. If every one of those skills is a building block, my new CD is built out of every one. It's taken my whole life to get to this point. It's mine in all those ways." (Al Basile / Photo by Meghan Sepe)

Who are some of your very favorite artists or rather, what musicians/poets have continued to inspire you and your music?

As a player, I look to Louis Armstrong as my Pole Star and have tried to learn everything I can from him, not just as a musician, but as a human inspiration. He turned many negatives in his life into a message that's so positive and uplifting.  I want to do some of that.

At the top of my list of other inspirations, for different skills: Duke Ellington, Robert Frost, Mozart, Shakespeare, Ray Charles, Sam Cooke, Frank Sinatra, Johnny Mercer, Percy Mayfield, Ben Webster, Howlin' Wolf, Miles Davis, and of course on a personal level, my good friends Scott Hamilton and Duke Robillard. I try to learn from everybody that's great, even from people who aren't to my taste. You can even learn from people you don't like!

Do you have any interesting stories about the making of the new album Through with Cool (2022)?

What with COVID and the distances involved, Kid Andersen couldn't be with us when we tracked. But we left room for him, and sent the tracks out to him at his west coast Greaseland studio. He added guitar parts and solos at a level I find astounding – he really locked in with what I wanted. I didn't try to tell him what to do; he just listened to what we'd done, and read my mind!

If you had a question you would like to ask another musician/poet what would it be?

1) Who do you think is better than you, and how are you trying to learn from them? 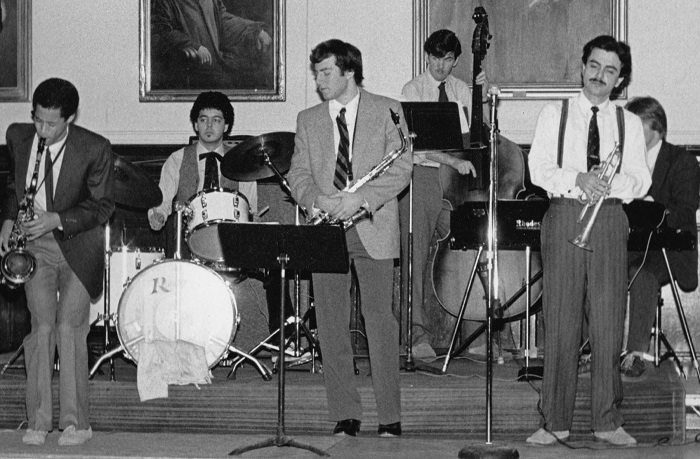 "My values are reflected in every skill – they haven't changed. I believe music should sound good, so I work to have a rich, vocal tone on my horn, and a warm, inviting sound on my arrangements and mixes."

Artists and labels will have to adapt to the new changes. What are your predictions for the music industry?

Technology has made it possible for anyone to make what sounds something like music, and put it out before the public. The public has gotten used to lower levels of skill (which is not the same as talent – there's still plenty of talent out there. Just not enough taste) in writing, playing, singing, and production, and they accept lower fidelity recordings as well. This is great in some ways, because in the old days you had to get signed by a label to make a record at all, while now it's a much more democratic process. But the market is flooded with inferior product, and the audience has become less demanding. There is also no longer a belief that you should learn all the music which came before you before making your own contribution. People now don't value past human accomplishments as my generation did. We learned from our elders, so we wouldn't have to reinvent everything every day from scratch. If people in the past already invented the wheel, why not use it to get somewhere?

The big problem remains how to steer people towards music they will like that they don't know anything about yet. The Spotify algorithms aren't enough. And in niche markets like blues, the older audience is passing off the scene, and hasn't been replaced with a younger audience to nourish the genre. Once heard, the music will sell itself, but how to get it heard in a sea of product? It's a huge problem.

How do you think the music industry will adapt to it?

The music industry is squeezing the last drops out of its old business model. It operates on a profit motive and doesn't feel obligated to promote music as music; it's content to promote it in the same way it promotes laundry detergent. It won't adapt until it sees that a grassroots movement coming from a music-starved audience can be profitable. Since under the current model the audience doesn't even know what it's hungry for, that's not happening soon. But real artists will always keep making the best music they can. It's all they know how to do. They've always been crowded out by dilettantes, sincere or otherwise. Now the crowd is bigger, that's all. 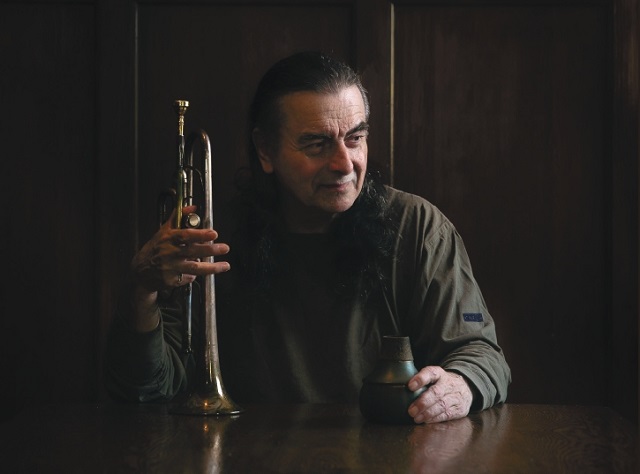