"Blues... is a bridge, it connects. As I said I believe in a musical universal language that can overcome barriers, and I think the blues is part of that."

To use a label such as "Supergroup“, especially in the rather small European Blues and Rock music scene (Switzerland) is indeed something to be carefully chewed over. But, in the case of a certain blues formation that goes by the name of "Ellis Mano Band" it's a well deserved and fitting handle. The members of this coalition have been making their mark on the scene for decades. Singer Chris Ellis and guitarist Edis Mano have both worked together on various highly successful acts over the years, and they have a long standing musical connection. Was the idea for this group born in some smoky midnight bar, simply a Whatsapp chat sometime after midnight in 2017. 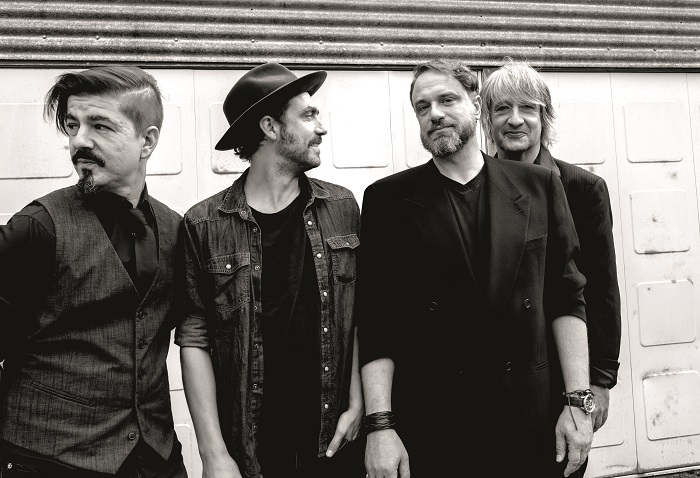 Ellis and Mano got straight to work, writing the first few songs, as they say themselves "with passion, heart and mind, and plenty of guts!" Finding the right colleagues for their Blues/Soul/Rock venture didn't take long, and it wasn't long either before the term "Supergroup" was thrown into the mix. Here's why: Drummer Nico Looser was on the road with Tracy Chapman and bassist Severin Graf has laid down the groove for the likes of James Gruntz & ZiBBZ. And here ensues a mighty brew: decades of experience mixed with an explosive storm full of creative energy! So folks, climb on board this rumbling Blues Train as it thunders out of the depot, the likes of which the European Blues scene has never been witness to. After the first slug o' "Whiskey" we reckon the world will be yelling for more, especially as they're serving up Gin in the second round. The debut album "HERE AND NOW“ comes out on May 3th, 2019.

Chris Ellis: Music in general – but especially blues and rock may have had the biggest influences in my life. My 'inner soundtrack' is full of wailing, screaming guitars, while for example a Hammond B12 feels more like a warm, comforting blanket to my ears. The culture behind this music formed my outlook on life. This music taught me what I know now about equality in race, gender, religion, etc.  since I am blessed with many experiences of sharing music with musicians from different cultures. Especially the blues seems to me like a universal language. It has also taught me to stand up against injustice and it helps me to stay grounded.

Edis Mano: As a seven year old kid I listened non-stop to the cassette tapes of my dad's cousin, he was a real 'music junkie'. He turned me on to music like John Lee Hookers „I’m in the mood“, Muddy Waters  „Mannish Boy“ and Jimi Hendrix's „Hey Joe“. I was totally blown away! now i generally play music that connects me back to those times, listening to this music. My dad's cousin died during the Balkan   War and these songs mean so much to me now..

How do you describe band's songbook and sound? What touched (emotionally) you from the local blues scene?

Chris: Blues & rock are definitely the roots. But we sometimes like to flirt with other music genres, too. To me, it is important that we keep our music authentic and handmade. It should describe our daily struggles, our everyday lives and so on. Our local blues scene is not that big. What touches me deeply is the community of musicians and fans and their dedication.

Edis: Our sound is defined by the influences of countless musicians and bands, decades of blues and rock...I guess we try to be authentic and true to ourselves, in what we want to express - a love of hand made grooves, kind of on the heavy side - but with our own take on it all. The local scene here is small but sure does show us great appreciation even at this early stage. 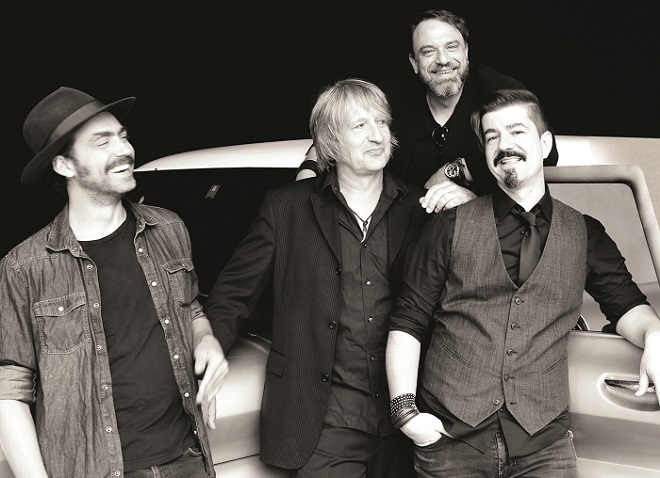 "Music in general – but especially blues and rock may have had the biggest influences in my life. My ' inner soundtrack' is full of wailing, screaming guitars, while for example a Hammond B12 feels more like a warm, comforting blanket to my ears. The culture behind this music formed my outlook on life."

What are some of the most important lessons you have learned from your paths in Swiss blues circuits?

Chris: I think blues is much more than a style of music. It is a way of life, a feeling..I believe it takes some experience in life to get to a point where the blues in you begins to develop and grow. Blues is a fantastic, emotional journey and I am still learning, everyday.

Edis: I guess that the blues is a worldwide universal language - one sound, chord, note can change everything, as long as it rings true and really comes from the heart!

Chris: To me there were so many beautiful moments as this band came together to work on the songs, arrangements, etc. When I saw this bunch of experienced musicians getting emotional,  like teenagers rehearsing in dad's garage - I knew, we were on the right road. Those were moments of pure joy.

Edis: The second half of the album was recorded at my new studio at my home. The whole band helped with the build, which was very cool indeed. However, we are musicians and not construction people, there were a couple of times I thought the entire house would collapse! But in the end it all worked out  perfectly - thanks guys!

Chris: Studio recordings these days are often very well done – sometimes maybe even too 'good'. Sometimes I miss the rough edges of past recordings. I would hope for more uniqueness sometimes. We as a band try to transport some kind of solid roughness into our music.

Edis: That 'Old School Sound' yep, that's what does it for us. There's also great 'New Blues' around, really creating a bright future for the genre. Bands such as Tedeschi Trucks Band, Joe Bonamassa, Gary Clark Jr., The Marcus King Band, Henrik Freischlader, to name but a few... 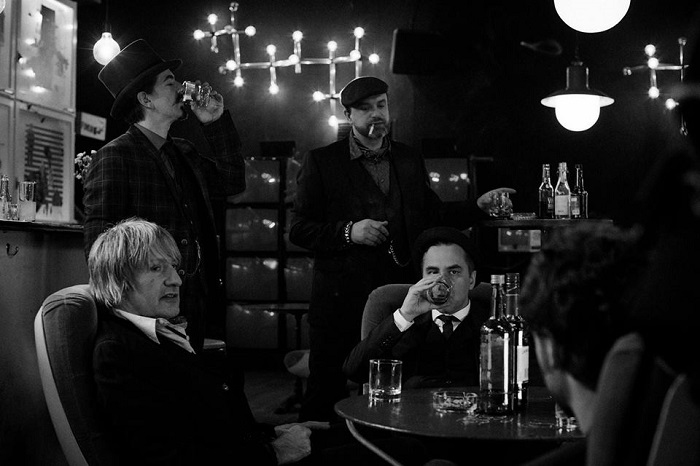 "I think blues is much more than a style of music. It is a way of life, a feeling..I believe it takes some experience in life to get to a point where the blues in you begins to develop and grow. Blues is a fantastic, emotional journey and I am still learning, everyday."

Chris: I would love to raise the awareness for the value of music and musicians and art in general.

Edis: Music has become a commodity that's totally being taken for granted, lessening its worth. That's something I'd like to see change.

Chris: Unfortunately, there are still many issues. But blues was and still is a voice of  society as a whole and it builds bridges beyond cultural differences.

Edis: Blues... is a bridge, it connects. As I said I believe in a musical universal language that can overcome barriers, and I think the blues is part of that.

Chris: There are so many milestones in human history. I would love to spend a day with artists like Muddy Waters, Howlin` Wolf, Stevie Ray Vaughan, Hendrix, Etta James, and so on. I'd also love to meet Dr. King or Mr. Gandhi. Just to mention a few. Yeah, that'd be a long list...

Edis: 1st of October 1966, London. Regent Street Polytechnic. Jimi Hendrix is invited up on stage to join in and jam with Cream and Eric Clapton. I would have loved to witness that, or even to have jammed alongside those guys!! 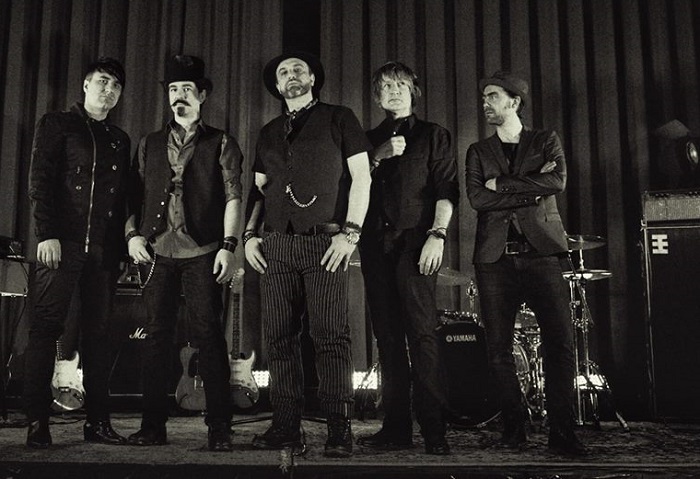