"The impact of blues Music to the Music itself is huge – there would be no Rock, no Rocknroll, no Rap, no Soul, no Jazz, no Swing without Blues music, because Blues is the mother of most modern styles of music, and still it is a folk music."

Swiss harp player Walter Baumgartner is bound with Blues and its music even before he realised. He therefore made his hobby, Music, became a job some years ago. With his voice and harmonica he performs at concerts and exhibitions since quite sometime and advertises sucessfully this basic, down home and pioneering music style of the black people from the south of the United States. He concentrates his musical work mainly on 2 band projetcs which is Walt’s Blues Box (complete Band sometimes with a whole horn section) and Acoustic Blues Drifter (Acoustic Blues Duo). With these 2 bands he tours regularly in- and outside Switzerland. He also performs as a guest musician with various other musicians and features on different CD productions. In the last years he produced 10 albums. 2016 he won the Swiss Blues Award in Basel. 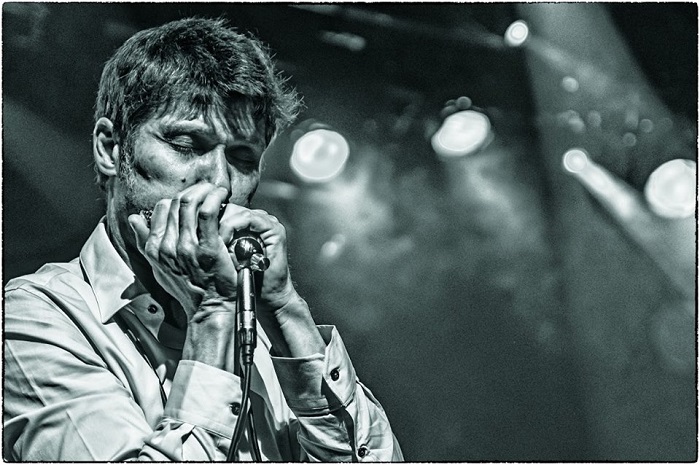 In the past he performed a 2 hour radio prodcast at a local radio station in Winterthur. As well he created and organised Jam Sessions and Blues Nights in the Region of Winterthur and Dübendorf. Walter teaches Harmonica and organizes workshops. He is Endorser of Hohner Harmonicas and plays exclusively Hohner Harps. At the moment it’s the Marine Band Deluxe and the Crossover Harps.

I learned a lot about this culture and music – Blues Music is Folk Music, like in every country has its own folk music which is deeply connected with the local culture. So, I learned lot about the American folk music made by black as well as by white people in the early 19’. These different styles from spirituals, gospels, to country blues, zydeco, blues to country music, bluegrass, etc. is somehow all combined and so basic for the music style that came later.

Blues means a lot to me, since I can feel and live this kind of folk music, although I am not a native American nor do I have black roots, but the groove and the feelings, I hear in this music, is somehow very near to my feelings for music that I love to do.

I like the way black musician played blues, jazz, swing in the early 30’s or 40’s - they did not have these big equipment’s, amps and stuff to do loud music. This influence came later also by the British blues rock scene, which made blues music louder, which is fine! I think Blues Rock music must be louder than the traditional country and jazz blues music, which I love most, since the dynamics is easier to do without heavy amps and material. So, my musical approach is nearer to old acoustic and jazzy way of playing blues. But I do agree that I also love to play through an amp, which distorts my sound in a natural way (through the tubes). I try when playing that way people can listen to it, without any earplugs to protect them from loud music. So, I play electrified harmonica but the way people can listen to it without being pressed by the music. "Blues means a lot to me, since I can feel and live this kind of folk music, although I am not a native American nor do I have black roots, but the groove and the feelings, I hear in this music, is somehow very near to my feelings for music that I love to do." (Photo: Walter & Kim Wilson)

I met some view great harp players like Kim Wilson, Charlie Musselwhite, Steve Baker, Carlos Del Junco, Joe Filisko, Joan Pau Cumellas, Joe Walter, just to mention a few. And I listen to Sonny Boy I and II, Little Walter, Walter Horton, to name only a few. So, I could take and profit from all of them in a way, that every great Harmonica player has its own rules and personality, which can influence you in a very positive way. But at the end, you have to find your own personality, style of playing and you cannot copy any of those great guys, which is good so. So, the best advices you get are the ones, that defines your sound and your own way of playing. From Kim Wilson and Charlie Musselwhite I learned that “less is more” – “reduce to the max”.

There is musical story, that showed me that I am probably on the right way, and it was somehow a very special evening. A few years ago I had the very first gig with my band "4some blues" (3 Vienna Austrians musicians and me), and we had this baptism of fire at the Blues Festival Baden in Switzerland. We had done only 1 or 2 rehersals before, never perfomed live together before, so we were quite nervous... So we started playing and I thought now the worst is yet to come, and expected the audience to give as no or a little aplause, because they would feel the same as I did..., but I was worng: After the 1st song (which I think it was so unsure and shaky) people didn't stop claping and shouting for more... They wanted more and we got better from song to song. At the end we gave some additonals and after the gig I found out that great Kim Wilson and his band was in the audience (because he had a gig the day after at the same festival). They entered the gig in the first set, and did not leave in the 2nd..., we had a short talk after and he told me how much he liked our music. That is a great gift and moment, if someone you adore tells you pos about your music.

I miss those great black blues musicians who most died way too early. I saw BB King as the only one of the great blues musicians from the 30’s and 40’. But I hope that Blues music will never die, although the people listing to blues music is getting older and older. But there are a few young musician who can carry on this great music, so that other young generations will still listen to this music in future. 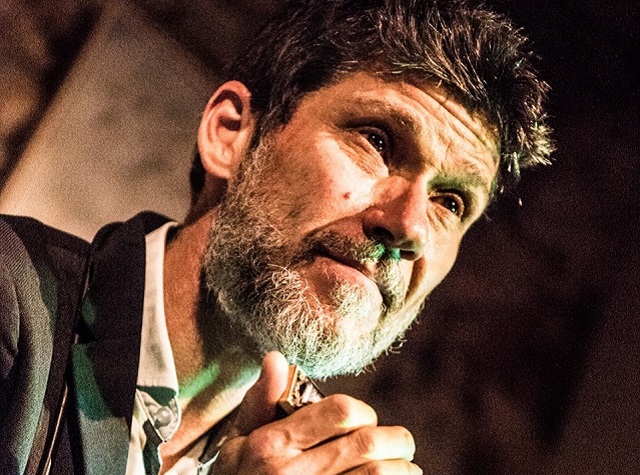 Make an account of the case of the Swiss Blues. Which is the most interesting period in local blues scene?

We have quite an amount of festivals and Music Clubs around here. The most frequent time to play is starting in April until November, where we have festivals in and outdoor.

I was touched when I won the Swiss Blues Award 2016, I was really happy to be honored in Switzerland for the things that I am doing like playing concerts, teaching harmonica and doing workshops, we even went to school to give kids an idea of blues.

I had to laugh when I was once in a “Kindergarten” (3 to 4 years old), this was so funny, we played the harmonica and old blues song..

The impact of blues Music to the Music itself is huge – there would be no Rock, no Rocknroll, no Rap, no Soul, no Jazz, no Swing without Blues music, because Blues is the mother of most modern styles of music, and still it is a folk music.

The influence on racial question is not to overhear – in a lot of blues music you can hear the accusation of white people mistreating the black ones for ages, still today, this is a big problem, and blues music tells about this.

Music combines, it does not really politics but it stands for a better and fairer world, for protecting our families, nature and culture.