"The blues often points towards the contradictions in the American democratic landscape. Willie Dixon has been quoted to say, 'The blues is life'; if we believe this, blues becomes a mirror."

Walter "Wale" Liniger, a native of Switzerland, fell for the Blues when he heard his first Lightnin' Hopkins record. After he graduated from the University of Bern he taught for eight years in the Swiss public school system before he moved to the US in 1982. From 1984 until 1992 Liniger worked as a Research Associate at the University of Mississippi's Blues Archive, directing the archive's oral history project, "The Original Down Home Blues Show." In 1984, a Folk Art grant by the Mississippi Arts Commission allowed Liniger to start his apprenticeship with James Son Thomas. During the following seven years the duo appeared at most major Blues festivals throughout America and participated extensively in the statewide Arts in Education program. This valuable experience, mentioned in the Gerard Herzhaft's Encyclopedia of the Blues, was sobering and necessary: it allowed Liniger to re-evaluate his rather intellectual notion of the Blues. In addition,  continued his studies under Eugene Powell, Jack Owens, Johnny Woods, and Wilburt Lee Reliford, exponents of traditional Mississippi Blues.        Photo by Linda Van Hart In 1993 Liniger became a Distinguished Lecturer with the Institute for Southern Studies, University of South Carolina. In addition to teaching his successful course ECHOES IN BLUES at the South Carolina Honors College, he continues to perform on a regular basis. In recent years he often joins guitarist and National Folk Heritage Award winner Etta Baker on stage. In 2001 Liniger became the first recipient of a stipend at the International Jazz Archive in Eisenach, Germany. This residency was sponsored by the U.S. Consulate General in Leipzig, Germany. It not only led to a number of performances and workshops at a variety of educational institutions throughout Thuringia and Saxony, but also to an extensive article about the Guenter Boas Collection, the core collection of the archive. Maybe it is because of his own multi-cultural background that Liniger seeks to highlight the healing endeavors of artistic voices, maybe it is because he believes in the creativity of the human mind when the heart is in trouble. In his performances Wale not only examines some of the cultural roots and tonal lures of the Blues through musical interpretations on harmonica, guitar and voice, but he also explores the underlying issues of translation and exile.

What do you learned about yourself from the blues culture and what does the blues mean to you?

The blues is the only kind of music I ever wanted to play: its rhythms and sounds have the promise to ‘swing the odds,’ to escape the controls of uniformity. When we talk about the “blues culture” I must admit that it is still as enigmatic as when I first heard it; what I have learned is that cultures have their very own emotional network, and I have to respect what I will never be able to know from experience.

What were the reasons that you started the Blues/Roots researches? What characterize your music philosophy?

I was curious about the ‘mysterious sounds’ I heard in the early blues; they told wordless stories. Once I began to understand the actual narrative better, it was easy to sense how sounds & rhythms supported the actual story. Often I am not able to understand the message in a song from the perspective of its originator, I interpret it based on what I understand my life to be. Son Thomas told me that “you need to sing in your own voice” (stories from my life) if I want to use the music to get a message across. Negotiating Time & Space in music is of utmost importance.                   (Photo: Son Thomas & Wale) 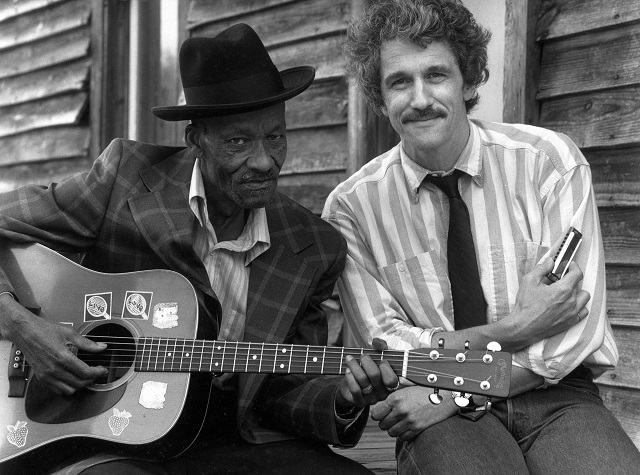 "I would like to spend a day with James Son Thomas and Etta Baker when they both were young, when their music was ‘modern music’ and not presented as a cultural artifact."

I dare say that every meeting I had with the old players was important to me. From a statistical point of view, my main teachers have been Etta Baker and James Son Thomas, two very different individuals. “Only trust if you have no other choice” (Thomas) and “keep playing your music, don’t let anybody take it from you” (Baker).

Are there any memories from Eugene Powell, Etta Baker and Jack Owens, which you’d like to share with us?

Every time Eugene Powell played “Meet Me in the Bottom” for me, he prefaced the song with the same story. He told of an escapee from Parchman Prison in the Mississippi Delta who asked Eugene’s mother for ‘bacco (tobacco). I understood this to be the ultimate of cool: smoking a cigarette whilst running away from the armed guards and their dogs? I finally mentioned to Eugene that I had a hard time believing that smoking whilst running was a good thing to do. He laughed and told me it was ‘chewing ‘bacco’, and the escaping prisoner would smear its juice on the bottom of his feet in order to throw the dogs off track. Insight: always ask the question whose answer you believe to know.

Etta Baker’s music flowed like a peaceful river. She told me many times that [you] need to play those songs until they are smooth like a river rock. Many of Etta’s pieces were dance tunes and I often had difficulties finding my place in her wordless music. Etta saw the dancers in her mind, she knew exactly what the next move had to be. I realized that playing this music was dance inducing, but I was not familiar with the wide variety of respective dances. When dealing with a foreign/unknown culture we have to be aware of possible blind spots (and there are always more than we assume).

Jack Owens was a rather savvy man. He and his wife Mabel had run a café/juke for quite some time, and he had also been able to acquire land. Whenever I visited him he went through the same ritual: he had to take a little sip (of whisky) in order to clear ‘the dust in his throat’ and to ease the arthritic pain in his fingers. Then he would play a couple of tunes on his front porch, his gold-teeth gleaming under the wide-brimmed cowboy hat. After that we would drive over to his blind harp player (Bud Spires) and do some more of the same. Jack and Bud felt very much at ease with each other, a friendship they had found through their music. "I dare say that every meeting I had with the old players was important to me. From a statistical point of view, my main teachers have been Etta Baker and James Son Thomas, two very different individuals. 'Only trust if you have no other choice' (Thomas) and 'keep playing your music, don’t let anybody take it from you' (Baker)." (Photo: Wale & Etta Baker, by Reto Camenisch 1999)

Personally I miss the Time & Space the blues once was able to create. I enjoyed the seeming unpredictability of the tunes; they did not follow the rules of music as much as they did the narrative. The vocabulary was tied to the regional culture. Its rawness allowed for personal interpretations. I believe that as long as we are ’human’ we will need ways to express the unseen; such expressions are always bound by the present-day culture, particularly if they are understood to inform as well as to entertain. Just listen to the beat of Time!

Make an account of the case of blues in Switzerland. Which is the most interesting period in local blues scene -what are the lines that connect the legacy of Blues from US to Europe and especial in Switzerland?

This is a difficult question. Although I was born and raised in Switzerland, I feel almost like a tourist when I visit now. After all, Swiss culture is very different from what I experienced in Mississippi, or since 1993 in South Carolina. I read about many blues festivals and events in Switzerland. From what I hear, Swiss organizers pay well for “The Blues,” whatever this might mean. The concept of “The Blues” has always been an exotic one, shrouded in all sorts of tales. I don’t think this has changed much, except that maybe the increasing volume of entertainment has replaced the mythical & enigmatic components. 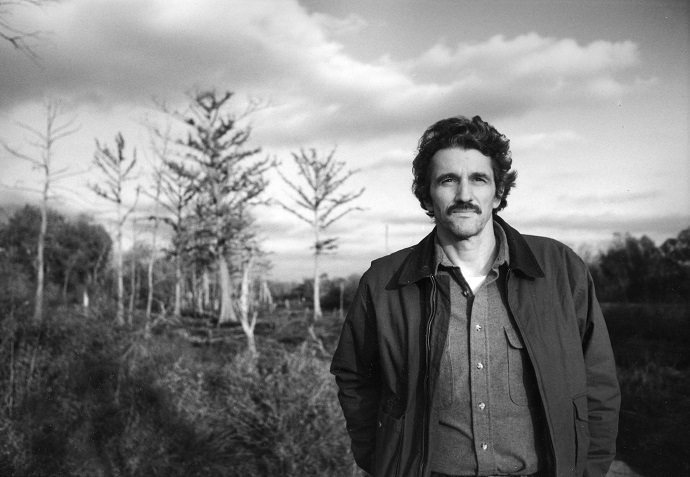 "Personally I miss the Time & Space the blues once was able to create. I enjoyed the seeming unpredictability of the tunes; they did not follow the rules of music as much as they did the narrative. The vocabulary was tied to the regional culture." (Photo by Reto Camenisch, MS, 1992)

What has made you laugh and what touched (emotionally) you from James "Son" Thomas?

Thomas had saved close to $400.00 in order to get some dentures. One day he called me and wanted me to send him the money. When I visited him a few days later, he proudly showed me a big yellow Pontiac he had bought. The old car had cost him $80.00 and the rest of the $400.00 he had spent on 4 new tires! The car was by and large useless as Thomas’ grand mal epilepsy made it very dangerous for him to drive. So he occasionally rode around the block, mainly right-hand turns. On the other hand, Thomas believed that ‘playing the blues’ was playing the devil’s music, and he had very set rules in order to appease this ancient conflict: as a blues player he did not go to church and he did not play sacred music. Three days before he passed away a preacher absolved him and Son Thomas was finally able to put down his burden of guilt.

Again, I am not part of the culture that produced this musical narrative. I believe that the blues helped in introducing the first personal pronoun “I” to the racial discourse. Racism as such subjects individuality to the dictates of prejudice and stereotypes. Early black American writers like Richard Wright and Zora Neale Hurston insisted on the realities of individual lives through their writing, which parallels the emergence of the blues. The blues often points towards the contradictions in the American democratic landscape. Willie Dixon has been quoted to say, “The blues is life”; if we believe this, blues becomes a mirror. 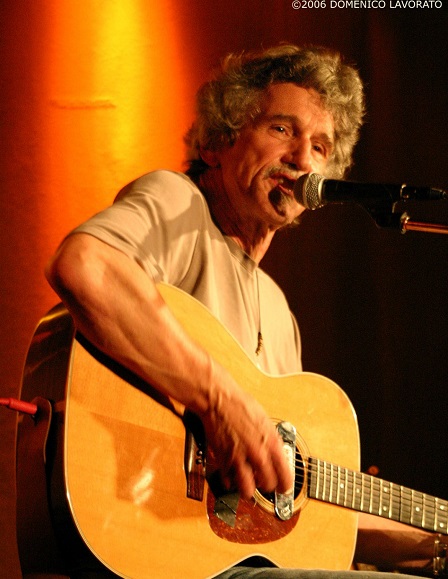 I would like to spend a day with James Son Thomas and Etta Baker when they both were young, when their music was ‘modern music’ and not presented as a cultural artifact. I am curious what such a day would entail, what it would feel like to be in a cotton field all day long, what it would feel like to work three jobs in order to feed 9 children. I assume it would have ended my romance with the exotic rather quickly. Quite often we forget how multi-layered Time is, especially when we chase the exotic. I think it is nearly impossible to place such an intimate interest in a ‘real time context.’