"Music is very powerful and can make people forget their differences and shake their booty together."

Eric “Sparky” Parker wears his Texas blues-rock guitarslinger credentials on his sleeve, possessing the grit, drive and talent needed to stand tall in the eternally-competitive Texas music scene. His guitar influences range from Stevie Ray Vaughan to seminal classic blues players such as Magic Sam and Albert King. Long-time Houston fans knew him as a young blues guitar prodigy, but Parker has grown far beyond that kind of simple label. He is now a triple threat who writes quality songs, sings with a feeling and plays with ferocity. With the release of In the Dark, those close to Parker feel that this album will break him to a larger, national audience. Parker began playing professionally straight out of high school, cutting his teeth as a frontman with the rock band Bayou Monster and playing guitar in the blues band Mojofromopolis. He also joined the Houston rock band Funky Mustard, who he still plays with to this day. Parker went on to log road miles with Blues Music Award-winning artists Diunna Greenleaf and Vanessa Collier, playing important shows around the USA and Europe. 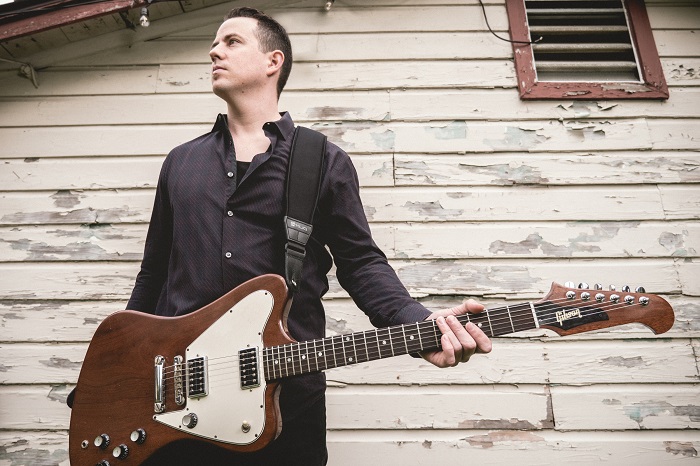 He launched the Sparky Parker Band in 2012, a high-energy outfit whose debut album, Live in Houston, was captured live in the band’s hometown at Dan Electro's Guitar Bar. The trio format lets Parker dig deeply into his influences, which include Jimi Hendrix, The Allman Brothers Band, Texas and Chicago Blues, Classic Soul, R&B, and Classic Rock. Reviewers have compared Parker to Gary Clark Jr, Doyle Bramhall II, and Jonny Lang, but he creates intensely original music that never falls into the shadows of imitation. A shy and reserved person offstage, music has always been the best way for him to forge connections with other people. It’s how he tells his story and speaks his mind. Anyone interested in where the blues is heading in the modern era should discover Sparky Parker today. Houston-based guitarist Sparky Parker ignites a Blues-Rock fire on new album, "In the Dark", Due Out September 13. Produced by Sparky Parker and recorded, mixed and mastered by Rock Romano at The Redshack Recording Studio in Houston. The CD consists of seven original tunes, plus scintillating covers of songs by The Rolling Stones (“Dead Flowers”), Slim Harpo (“Shake Your Hips’) and Bobby “Blue” Bland, (“I Wouldn't Treat a Dog (The Way You Treated Me).”

Music is a universal language and certainly blues is a feeling that everyone at some point can relate to. Playing this music has taken me on journeys all over the world to places I would have otherwise not seen. Playing in a foreign country, and seeing someone who can’t speak your language express to you how much your music means to them just by putting their hands on their heart and looking in your eyes is very powerful.

What were the reasons that make Texas to be the center of Blues-Rock researches and experiments?

I think we have guys like Johnny Winter, ZZ Top, and Stevie Ray Vaughan to thank for that. They took the blues that they grew up listening to, and plugged it into big loud amps, because everything is bigger in Texas, right? They expanded on the traditional three chord songs and took it up a couple of notches. 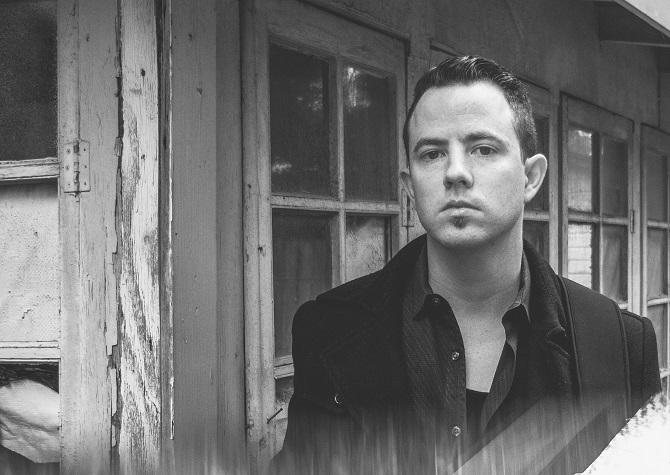 "I would change the way digital music platforms pay artists. Right now, these digital platforms like Spotify are not giving artists their fair share of the revenue. We are fighting for our piece of the pie and hopefully things will get better." (Sparky Parker / Photo by Go Polaris Studio)

How do you describe your songbook and sound? What touched (emotionally) you from the songs: "Dead Flowers”, "Shake Your Hips’ and "I Wouldn't Treat a Dog (The Way You Treated Me)"?

"Dead Flowers” is such a great song and the words paint such a vivid scene. We’ve been playing it for years and it’s a good song to play live. I always see people in the audience singing along to the chorus with a smile on their face. I just thought it would fit well on the album.

“Shake Your Hips” was originally a low down groove. We amped it up and turned it into a rocker of a song. We added a couple of riffs to it and over the years of playing it live, it has evolved into its own thing.

"I Wouldn't Treat a Dog (The Way You Treated Me)" was a song that grabbed my intention when I first heard it simply because of the groove. It’s a fat, “four-on-the-floor” R&B groove that just sounds so funky. We started doing it live and I felt like it fit my voice well enough to include it on the record.

If I had to pick one, it would be Mike Fuller at Fuller’s Guitar in Houston, TX.
Mike gave me a job there when I turned 16. I met so many people through Fuller’s that have become some of my closest friends. Some of those friends that I met there have taken me all over the world playing music. If I didn’t have that job, I would have never met them, and my life would probably be totally different.
The best advice I ever got was from Texas Johnny Brown. He was an incredible guitarist and songwriter from Houston. He wrote that famous Bobby Blue Bland song “Two Steps from the Blues”. He told me once “If you just do what you do, and do it with authority, people will listen”. That has always stuck with me. Sometimes you get in the trap of doing what you think people want you to do. And you’ll never be happy doing that, and people will see through it anyway. It’s important to have your own identity. 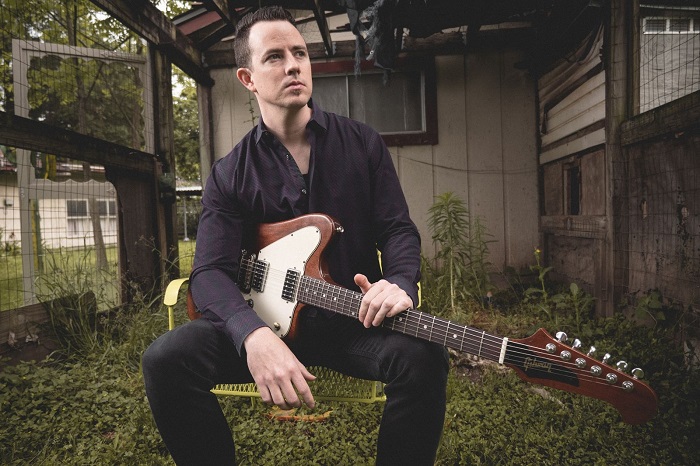 "My hopes are that attendance at music venues will grow instead of decline. With technology today, you can find anything you want on the internet instead of going out to experience something. People can stay home and be entertained. But there’s nothing like being in the moment experiencing music live and in person." (Sparky Parker / Photo by Go Polaris Studio)

I’ll never forget this gig I played in Norway with Diunna Greenleaf. It was right after Hurricane Harvey hit Houston (our hometown) and the whole city was under water. Diunna said “Let’s do “Texas Flood”.” We had never played that song before. We kicked off the song and when she sang the first line, she made the hair stand up on the back of my neck. I still get emotional thinking about it.

The blues of the past was played with a lot more emotion and intention than what I hear in a lot of modern blues these days.

My hopes are that attendance at music venues will grow instead of decline. With technology today, you can find anything you want on the internet instead of going out to experience something. People can stay home and be entertained. But there’s nothing like being in the moment experiencing music live and in person.

I would change the way digital music platforms pay artists. Right now, these digital platforms like Spotify are not giving artists their fair share of the revenue. We are fighting for our piece of the pie and hopefully things will get better. 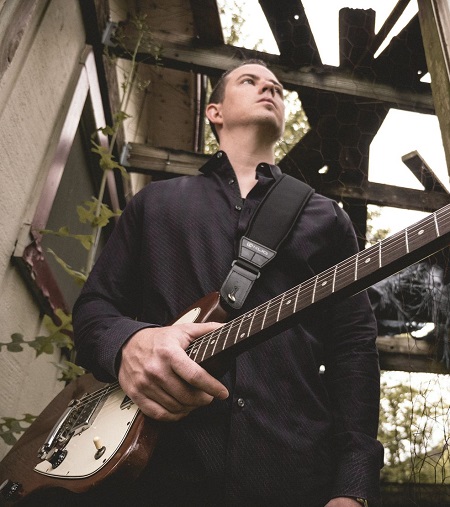 Music is very powerful and can make people forget their differences and shake their booty together.

"Music is a universal language and certainly blues is a feeling that everyone at some point can relate to. Playing this music has taken me on journeys all over the world to places I would have otherwise not seen." (Sparky Parker / Photo by Go Polaris Studio)

I would go back to New Year’s Eve 1969 to go watch Jimi Hendrix and The Band of Gypsys perform at The Fillmore. That’s when they recorded the Band of Gypsys album and, to me, that was Jimi at his absolute best. I’ve listened to that album about a million times and it has had a huge impact on me.