"I have been blessed to have seen many of my musical heroes perform live, but there are so many I missed. YouTube and the various streaming services make it possible to listen and watch at my convenience, but not the same."

The Mighty Soul Drivers are New England’s keepers of the Memphis Soul flame. Years of playing all kinds of gigs from major festival stages to corner taverns has honed each member’s skills to a fine edge. They mine the deepest old Soul nuggets and breathe new life into them while finding the cream of Memphis-styled contemporary tunes and creating their own soulful originals. Over the last ten years the band underwent a couple of key personnel changes and fine-tuned the repertoire, evolving into the seven-piece powerhouse of today. The MSD were finalists in the CT Blues Society’s Blues Challenge in 2012 and 2014 and won the 2015 Challenge representing CT at the International Blues Challenge in Memphis in January 2016. Their debut recording “Qualified!” received rave reviews at home and in Europe.                  (The Mighty Soul Drivers / Photo by Will Williams) 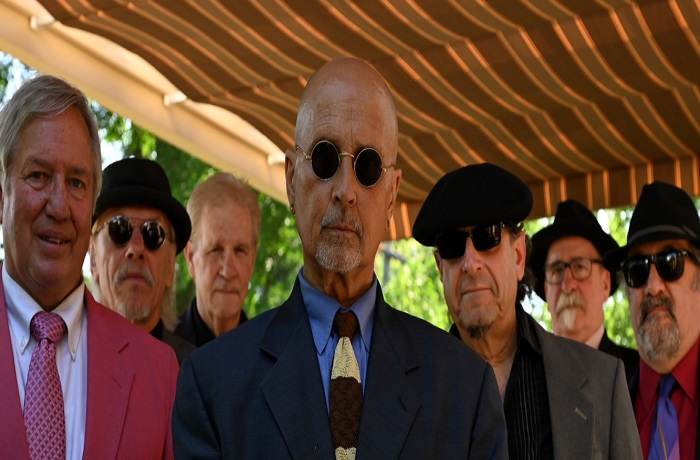 How has the Soul and R&B music influenced your views of the world and the journeys you’ve taken?

Slim: One of my formative musical experiences was listening to a ten-inch LP that my father had by Bunk Johnson. His picture and his voice made it clear that he was a Black man, but at my young age it just didn't register. I got my first exposure to the Blues via the British Invasion bands, but was still too young to understand the connection. It wasn't until the late 60's - early 70's that I began to understand that the music I loved was essentially Black music, even if it was being played by young white guys. In the very early 70's I turned my back on pop/rock music and dove headlong into the Blues, hoping that someday I might be able to play something that felt the same.  And I've been studying and emulating the Blues, and Soul masters ever since.

Bob: At the age of 10, I heard a sound on the radio that utterly changed my life. It was a cry of joy and pain, all in one, that tied my stomach in knots and filled me with excitement. It was Little Richard. Then I heard the sound again. It was Ray Charles. And again: Etta James, Jackie Wilson, James Brown. I was moved, and in ways that I couldn't explain. I have spent my life chasing that sound and in my small way, I have been trying to emulate it. My naïve 10 year-old self didn't realize that race was what all these artists had in common. I put it together for myself as a young teenager and by the time I was in high school, I listened to R&B, Blues and Soul exclusively and got myself into a band of older musicians that played those songs. Gradually, I started to grasp the cultural and political influences that produced the music I loved, and that drove my political and social attitudes in the direction of justice and equality. And now, after experiencing my own joy and pain that comes from just living life, I'm starting to understand how to make that sound for myself.

Why do you think that Memphis & Muscle Shoals music scene and continues to generate such a devoted following?

Slim: Their potent mix of Gospel fervor with Blues feeling and funky dance rhythms is timeless.

Bob: It's great music. It's powerful and compelling, and the groove is irresistible. You can't beat that. 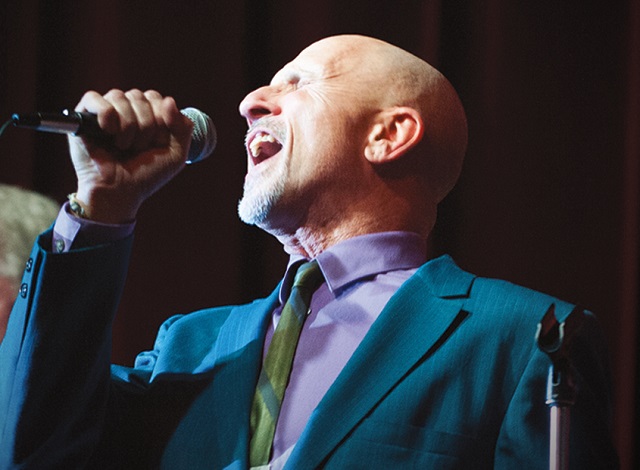 "Listen! Be generous to your fellow musicians. Be sensitive to the creativity you see and hear around you. Try to see the best in everybody Listen!" (Bob Orsi of The Mighty Soul Drivers / Photo by Jean Molodetz)

Which meetings have been the most important experiences for you? What moment changed your music life the most?

Slim: The moment that changed my music life the most was when I first stepped into The Shaboo Inn in Willimantic CT, sometime around 1972. Prior to that moment, Blues was something abstract, a music that I knew primarily from records by people like The J. Geils Band, The Allman Brothers and Fleetwood Mac. At Shaboo I heard real live Blues from all of the Blues greats who were still active in the early 70's. I saw T-Bone Walker, Muddy Waters, John Lee Hooker, B.B. King, Freddie King, Albert King, James Cotton, Big Walter Horton and many, many more as well as some of the younger bands coming up in their shadows like Sugar Ray & The Bluetones, Roomful Of Blues, James Montgomery and so many more.

Bob: I have not met many of the great artists in this music field. I get shy in the presence of my musical idols. I did get to meet Kim Wilson and James Cotton, both times because I was dragged along by my friends who knew them. In both cases they were incredibly gracious and generous, taking time to let me express my admiration. Cotton, in particular, did do me a solid. After I expressed my long time admiration of his work, I told him that one of my favorite songs of his was "Love Me Or Leave Me." To my great surprise and joy, he worked it into his set. I will never forget that.

Slim: I'm fortunate to have played on many stages in many great venues over the years, so it's hard to think of any that really stand out. The Mighty Soul Drivers have been working together for ten years now, and we have achieved a level of tightness and connection that allows us to frequently hit that place where the music just happens without having to think and the audience becomes part of it too.

Bob: I have been playing professionally since 1968. Unless I'm chatting with a contemporary who can trigger my memory, it's all a pleasant blur. However, when the musicians are in the zone, whether it's in rehearsal, recording or performing, the sensation of creativity flowing through me is indescribably ecstatic. Especially in performance, when the music is flowing and the connection among the band and the audience is happening, it's indescribable.

Are there any specific memories or highlights as a DJ on WWUH and WAPJ that you would like to tell us about?!

Slim: I've been doing a weekly show on WWUH since 1994 - that's 29 years now.  Sometimes I ask myself why I do it as I'm rolling out of bed in the dark to get into the studio and on the air by 6 AM. But then at almost every gig I play someone comes up to me and tells me that they love my show and they listen every week.  So I'll keep doing it as longs people are still listening.             (The Mighty Soul Drivers / Photo by Will Williams) 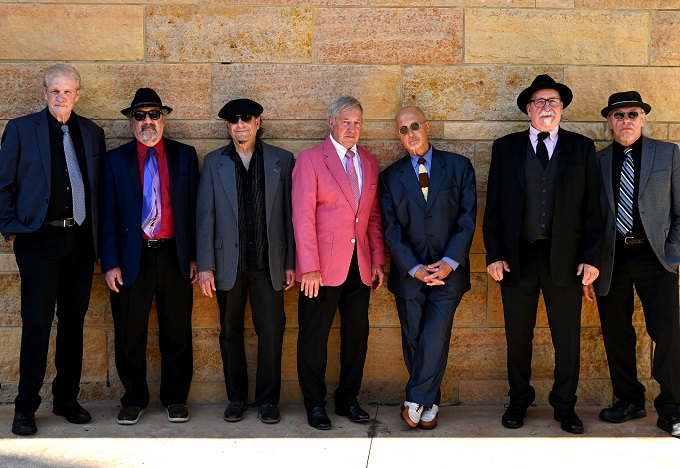 Slim: I miss the days of The Shaboo and the excitement of discovering a whole musical world outside of mainstream pop/rock. There's been nothing like it since. It was a magical combination of time and place that could never happen again.

Bob: I have been blessed to have seen many of my musical heroes perform live, but there are so many I missed. YouTube and the various streaming services make it possible to listen and watch at my convenience, but not the same. I think my biggest regret was missing Howling Wolf, because I had a gig half-way across the state. There's a lot of young players picking up on the music and bringing it forward. That's my greatest hope. Soul and Blues are not popular the way they once were, but the music will never go away completely.

Are there any specific memories or highlights with Scratch Band that you would like to tell us about?!

Bob: I joined The Scratch Band a raw undisciplined boy with potential and with the help of my bandmates and our management, developed into a professional able to interact in a band setting to create great music, and a performer skilled in communicating with an audience. The band experienced a number of personnel changes; a lot of great players came through, but the version of the band with Paul Ossola, bass, vocals, Christine Ohlman, vocals, G.E. Smith, guitar, vocals, Mickey Curry, drums, vocals and me, harmonica, guitar, vocals, was a very special combination of talent and personality. We became very close, musically and personally. We developed an uncanny ability to read each other onstage so that we could flow seamlessly from song to song, often surprising ourselves as much as the audience. Changing the set list during the set was routine. It was great fun. We all learned to be leaders and sidemen as the situation required, constantly thinking on our feet. It was an essential experience. We gained a great reputation and a loyal following that exists to this day.

Bob: Listen! Be generous to your fellow musicians. Be sensitive to the creativity you see and hear around you. Try to see the best in everybody Listen! 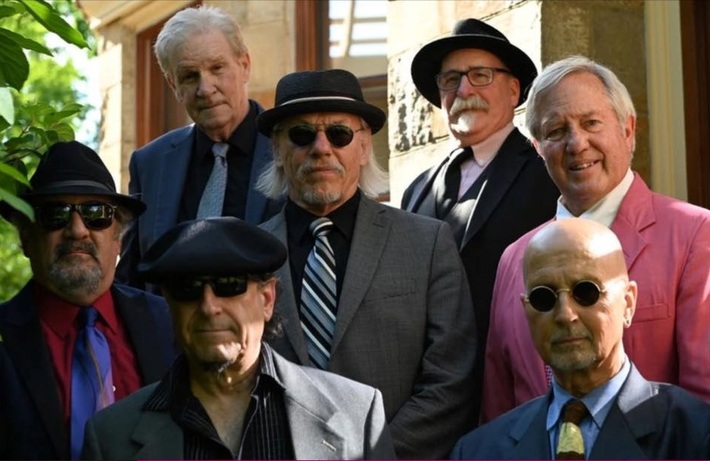 (The Mighty Soul Drivers / Photo by Will Williams)