Q&A with trumpet player Boney Fields, part of this generation of African-American musicians born to tame the stage

"I believe Afro-American music influents a lot of other types of music but since it came from (Afro American) some people discriminate the culture, try to appropriate the music  without giving credit to the real creators."

“Real music by real musicians” as Prince used to say. Just like Prince, the trumpet player Boney Fields is part of this generation of African-American musicians born to tame the stage. So it is no coincidence that his playing partners are named Lucky Peterson, Luther Allison, James Cotton, Buddy Guy, Liz Mc Comb, as well as George Clinton, Maceo Parker, Fred Wesley or Bootsy Collins. Boney Fields faithfully merges Funk and Blues, the two sides of the same Great Black Music, and he does so with the skills acquired during a career spent playing on stages all over the world. When this child of a Chicago-based large family started his career, he realized that he could have turned bad. But growing up both to ghetto songs and Gospel songs praised by his parents, Boney Fields chose a unique voice, his own, that he enhanced with the practice of an instrument, the trumpet. The two-fold talent of this singer/trumpet player propelled him from one session to the next alongside those legends. He accompanies them in studio sessions or on stage and additionally composes – during his “spare” time- complex arrangements for brass sections like those of Tower of Power or Earth Wind and Fire. Far from Tinseltown glitz and glam, it is on stage that Boney Fields learned the profession and enriched his artistry. The tours are long, the roads not always paved with gold. No matter the lack of sleep or number of miles traveled, being on stage is the only thing Boney Fields lives for. And the stage is where he finally carved his own style, a retro-futuristic mix of Blues and Brass Funk. A genuine aesthetics that he deploys on records as well as on stages with his own band, an explosive septet who mastered the magical formula of the groove of the origins long ago. Everywhere they go Boney Fields & his Band leave like a highly energetic and exhilarating streak of powder. A relentless showman, Boney Fields makes his music travel in each and every corner of the planet when invited to prestigious festivals such as Jazz à Vienne, Jazz in Marciac, Madajazzcar, Tabarka Jazz Festival… It is during these shows that he perfected the vibrant repertoire of his 6th album, a record made with the help of a renewed collective of musicians. And it is on those same stages that one will have to come and see him play his new collection of “real“ songs performed, as Prince used to say, “by real musicians”.

What are some of the most important lessons you have learned from the Blues & Funk circuits and Culture?

That you have to listen, learn your part and be professional, on and off the band, stand up and always have respect.

How do you describe your songbook and sound? What touched (emotionally) you from the sound of trumpet?

My songbook is about arrangements, making the blues sound like a production... of a story. The sound is fat, rich like (T.O.P or E.W.F) that give the people something more to hold on to and feel.

Well, the first is (Mr. James Cotton) RIP. Cause of the way he took control of his audience, you know it’s show time. And the other is (Mr. Luther Allison) RIP. Before he past, I remember he told me after leaving me in Paris  that I would have to learn to be a leader and have my own band. And stop working for everyone else. That was the last time I ever saw him again.

Well one thing I remember about Luther (we call him Lu) is when we went on the band stand, we would stay on stage for 4 to 5 hours non stop. Every night. I asked him about why... and he told me:  "The first two hours are for the people. And the third and fourth are for me". 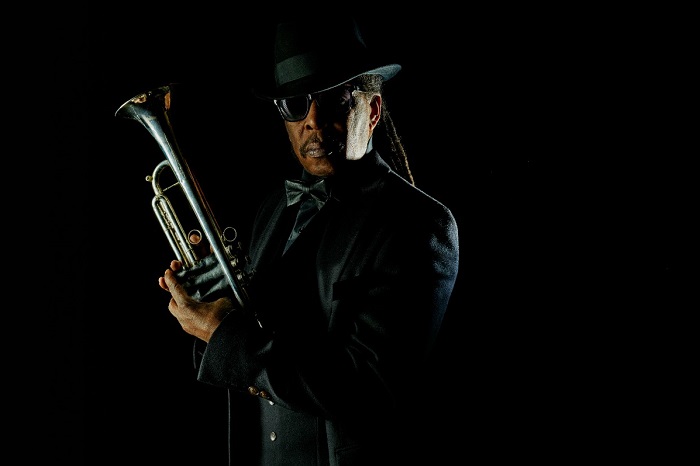 "My songbook is about arrangements, making the blues sound like a production... of a story. The sound is fat, rich like (T.O.P or E.W.F) that give the people something more to hold on to and feel." (Boney Fields / Photo © by Alexandre Lacombe, All rights reserved)

You never see great bands anymore I mean real bands that work hard on their show and not just learn the song and leave the rest up to the lead singer or lead guitar... You know, where everyone is working as one and for the future… I’m afraid you will not see musicians on stage, just singers and dancers. That’s what’s it’s turning to.

Do you consider the Funk Blues music a specific genre and artistic movement or do you think it’s a state of mind?

Oh yes!!! Funk and Blues have been around before I was born just like blues, rock, Jazz, blues, we have Funky blues.

How has the ghetto songs and Gospel influenced your views of the world and the journeys you’ve taken?

Because every song has a message or a story that you want to go through or already been through. The feeling, the soul....  They will live forever!

What is the impact of Afro-American music to the racial, political, and socio-cultural implications?

I believe, Afro-American music influents a lot of other types of music, but since it came from (Afro American) some people discriminate the culture, try to appropriate the music  without giving credit to the real creators.

Well I would like to go back to the 70s when the music was great ; lot of band like Earth, Wind & Fire - Tower of Power - James Brown Band - Cameo - The Time. And many others were  my learning time of music . Miles Davis - James Cotton - Buddy Guy and Jr. Wells - Jimmy Johnson - Luther Allison. Great times! Thanks again, Mike and hope to see you at my show. 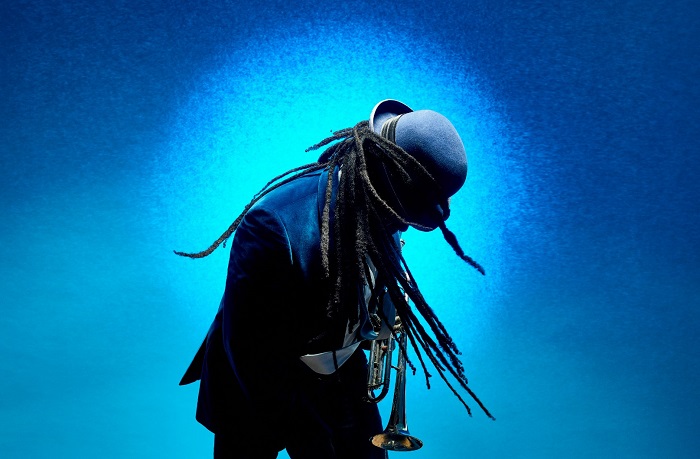