"The most important thing I have learned is to be true to myself. There are always people who will come around and offer you something that seems to be better if you’ll just give up something of yourself. I am not willing to sacrifice anything that is important to me just to move up a rung on the popularity ladder."

Joyann Parker: Into the Light of Music

Joyann Parker believes music helps people carry on through troubled times. With that in mind, the Minneapolis-based singer-songwriter is releasing OUT OF THE DARK (Hopeless Romantic Records) on FEBRUARY 12, 2021, the rootsy, genre-blending sequel to her acclaimed debut release, Hard to Love. “It’s a great time to release the album,” Parker says. “People need music right now.” Stylistically diverse and roots-connected, Out of the Dark expands on Hard to Love’s success with 11 new songs composed by Parker and guitarist Mark Lamoine. Parker co-produced the album with Lamoine and Kevin Bowe, the Minneapolis-based producer, songwriter and guitarist whose myriad credits include Etta James, Jonny Lang, Kenny Wayne Shepherd, the Replacements, Joe Cocker, John Mayall, Lynyrd Skynyrd, Lucinda Williams and Bruce Springsteen. 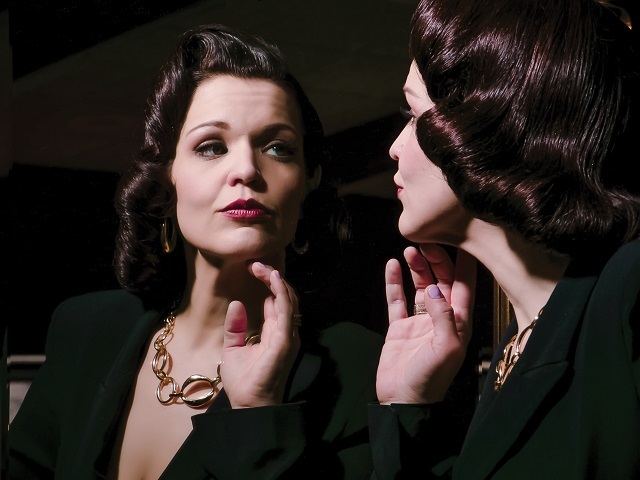 Production for the album began in January 2020. The coronavirus pandemic stopped the project in March, when just the basic tracks for five songs completed. Sessions restarted in June, but only a small number of musicians entered the studio at one time, a pandemic precaution that pushed production into August. Parker’s new album, Out of the Dark, shows how much she’s grown, personally and artistically. “I always use that Winston Churchill quote,” Parker said of her ability to carry on. “If you’re going through hell, keep going.’ And that’s where we are now, right? Pick yourself up. Keep walking. There’s always something to be grateful for, always a reason to get up in the morning.”

Where does your creative drive come from? How do you want your music/songs to affect people?

My creativity is driven by different things. Sometimes I am inspired by nature or by conflict. Sometimes a story is played out in my life or in the life of someone else that kicks songwriting into gear for me. Other times, God inspires something in my soul, and I am blessed with a song that comes out of me whole and complete, ready to be sung to the world. Basically, I was created to be an artist and so many things in my life inspire my creativity. I am, by nature, an empath, and I feel things very deeply. Music is the way that these feelings bleed out of me.

I want my music to move people, to make them feel something that maybe they would not have otherwise. I want people to be able to put themselves into someone else’s story and see or feel things from that perspective so they can be more empathetic. I also put my own story and struggles into my music and share personal things in the hopes that the people listening will feel that someone understands them if they are struggling with the same issues.

What characterize OUT OF THE DARK sound and music philosophy? What do you love most about this album?

The thing that characterizes “Out of the Dark” is that it cannot be put into a box and labeled with a specific genre. I think the closest thing you could label it would be Rhythm and Blues, but in today’s world, R&B means something different than it did in the 60’s. This goes right along with my philosophy which is to make good music and not worry so much about what genre it is. If it’s from my heart and genuine, that’s all that matters to me. I love American roots music so much of what I write falls into that area. 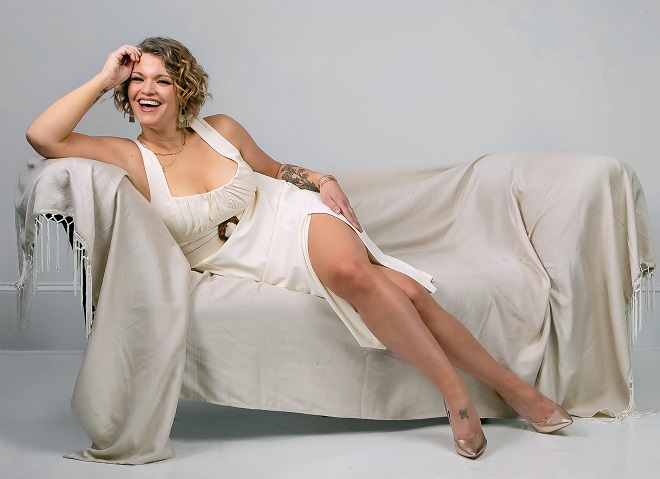 "I want my music to move people, to make them feel something that maybe they would not have otherwise. I want people to be able to put themselves into someone else’s story and see or feel things from that perspective so they can be more empathetic." (Joyann Parker / Photo © by Jeannine Marie)

Are there any memories from OUT OF THE DARK studio sessions which you’d like to share with us?

We went into the studio in January of 2020 with the hope of having a release date for the record in June. In March when COVID-19 hit, we were obviously forced to sideline our recording until it was deemed safe to be able to get together once again. This pushed the record back indefinitely and it was a punch in the gut to me at first. I had so many high hopes for this record! Kevin Bowe, my producer, was doing such an amazing job and the guys in the band had gone in and nailed the first days of recording – everyone was jazzed and ready to work and then we had this sudden stop that just sent me reeling.

What ended up happening was that I was able to reconnect with myself and the reasons I do what I do. I was able to get out of competition mode and think about who I am and why I sing and write. Because of this, the title track for this record was written over the quarantine period. When I gave it to Kevin to produce, he was so excited and really made a masterpiece out of it. This was the first song I have ever let someone produce without me assisting and it was a wonderful experience to hear what came of it. The guys played their hearts out on it and its one of my favorite songs on the record.

What touched you from Amy Winehouse and Sam Cooke? How does Winston Churchill quote “If you’re going through hell, keep going” impact you?

Amy was a genius at combining the soul of the 60’s with modern music and then putting her absolute heart, soul and gut into everything she sang. She made you feel something with every performance. It’s the same with Sam for me. He moves me like no one else. His voice is maple syrup and honey but at the same time hits me like a freight train – so much passion and soul. I wrote “Carry On” partially based on the Churchill quote, “If you’re going through hell, keep going.” It’s the simple idea that if you’re going through hard times, you have to find that fighting spirit in yourself, call on God for some strength and walk on through the fire to get to the other side. If you’re in hell, you for sure don’t need to stick around and check out the scenery! I always say that if you’re still here, you have work left to be done. 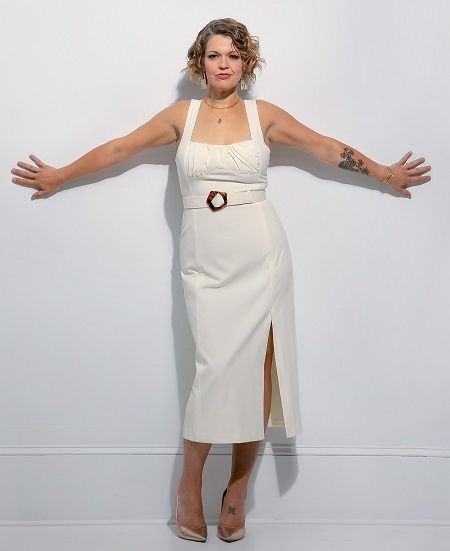 The most important thing I have learned is to be true to myself. There are always people who will come around and offer you something that seems to be better if you’ll just give up something of yourself. I am not willing to sacrifice anything that is important to me just to move up a rung on the popularity ladder. I enjoy collaborating with others, but creative control is something I won’t give up. I have also learned that relationships are key to surviving in this business. Everywhere I go, I make new friends and new amazing working relationships. If you are loyal and true you will find that people will come through for you in ways you were never expecting. Good things come back to those who give good things away.

Do you consider the Blues a specific music genre or do you think it’s a state of mind?

I don’t think this question can be answered because it’s an either/or question. I think blues is more than both of these things. Yes, blues is a genre. There are certain characteristics that can be used to define blues: typically, a 12-bar form, roots in African musical traditions, lyrics that follow an AAB pattern, etc. But the blues is so much more than just these things. Blues great Albert King once said, “Everybody understands the blues, and from one day to another, everybody have the blues...Some people call ‘em the reds and the pinks, but when you get through, it’s the old-fashioned country blues, that’s all it is.”