"I think blues music helps to break boundaries between all those aspects. It's common interest and love between a millions people all over the world and that make it so important as a root music." 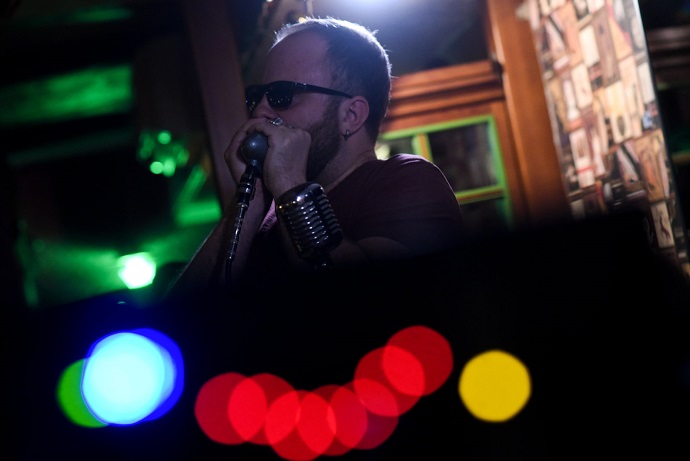 In 2014 he released his first album "If You Want to See This Blues". This album was a mix of blues and jazz and got a lot of positive feedback from the fans and other musicians. The next album "Sweeten It Up" was released in 2015. This all-instrumental EP shows Konstantin Kolesnichenko's tasty harmonica and features a jazzy quartet. Konstantin offered his own interpretation of the five world-famous songs which got an interesting touch of harmonica sound. In 2016 he released his third album "Hypnotized!". A hot jazzy-blues album which is played in organ combo format with swinging guitar, wailing organ, jazzy drums, and honking harmonica.  Konstantin is well known in Ukrainian, Russian, and Belorussian harmonica communities. And he's got his audience in the US and Europe as well.

How has the Blues music and culture influenced your views of the world? What does ‘The Blues’ mean to you?

I'm not a bluesman in popular point of view. "Wine, women and whisky" is not about me. But the whole world is going in different directions now. I think my main mission and goal to make something for saving of this music. I really love history of this music, in the past and present.

How do you describe your sound and songbook? What touched (emotionally) you from the sound of harmonica?

I just love amplified harmonica sound so much. I love acoustic sound of harmonica too but I don't play without my astatic mic in the public often. It must be not too dirty with a lot of distortion. Just soft overdrive that makes harmonica sound so fat. This sound just makes me happy. My main influences are Paul Delay, Willis Jackson, Little Walter, Grant Green, Bill Jennings, Tiny Grimes, William Clarke, George Smith, Jimmy Forrest, The Crusaders and much more. I love different music from different periods. 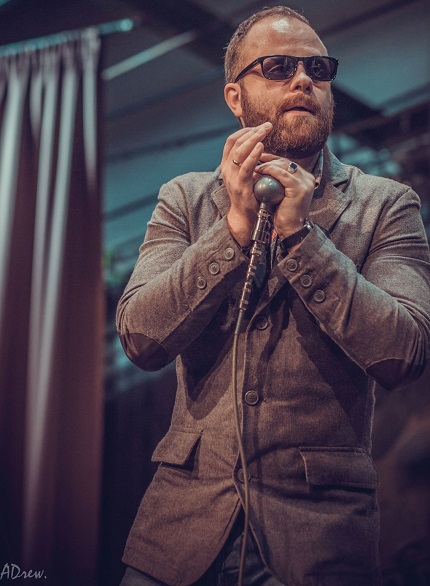 I think the most important meeting when I met my current band members. The things changed for me as musician when I started playing with the band 9 years ago. I needed to play more accurately. I needed to learn to listen to the other band members. Also I think the day when I met musicians from my last album is very important for me. It's not my current band but they are cool jazz cats from my town. It's a very good experience for me. I think my best advices I’ve got from listening to a lot of music. Music is the best teacher by itself.

My most bright memory was playing with great Guy Davis! He just threw his harmonica to me and called to join him on the stage. It was a blast!

I miss the times when blues music was not like a rare bird. You know there were a lot of bands and everyone was making music. From what I’ve read in the books: you can play in one club, later go to another one and so on until the dawn. I wish I could be there in that place in that time. I'm speaking about California or Chicago scene in the 40s and 50s.

I think blues is a strong enough to continue living in 21st century. I hope it get the new revival like it was in 60s and 90s.

Make an account of the case of the blues in Ukraine. Which is the most interesting period in local blues scene?

I believe the most interesting period is in the future. We have so little bands here and Ukrainian blues scene only starts to grow. We have a very small amount of the blues musicians but we’ve already made small blues festivals and world-famous musicians played in Ukraine: Bob Margolin, John Nemeth, Melvin Taylor, Lucky Peterson, Matyas Pribojszki, Keith Dunn to name a few. "I think my main mission and goal to make something for saving of this music. I really love history of this music, in the past and present." (Photo: Konstantin and his band on stage)

What are the lines that connect the legacy of Blues from US and UK to Ukraine?

I think it's all about music lovers and records. It came to us from vinyl era. Now with the Internet you can learn blues from any place in the world.

I consider that roots of the blues and Ukrainian folk music are similar in some cases. I mean they both came from hardworking people and slavery. Ukrainian folk and blues have different musical traditions but cultural aspect is quite close.

What is the impact of the Blues music and culture to the racial, political and socio-cultural implications?

I think blues music helps to break boundaries between all those aspects. It's common interest and love between a millions people all over the world and that make it so important as a root music.

I wanna jam with Muddy! I hope he would have liked my playing!