Miss Mercy, a.k.a. Mercy Fontenot, was born Judith Edra Peters in Burbank, California. Mercy was a member of the GTO's. The GTOs (Girls Together Outrageously) were a girl group from the Los Angeles area, specifically the Sunset Strip scene. Only active for two and a half years (1968-1970) with a single reunion in 1974, their only album, Permanent Damage, produced by Frank Zappa, was released in 1969. Recently, Miss Mercy working on her autobiography with writer Lyndsey Parker . Mercy left home at age 16 and went to the freak scene of Haight-Ashbury. Miss Mercy went to live with Miss Cynderella and Christine Frka in the Haight-Ashbury district of San Francisco, California. Some of their earliest neighbors included members of the Grateful Dead, Janis Joplin, and even a young Charles Manson. Eventually, Miss Mercy and Pamela des Barres heard from peers that Los Angeles was the mecca for meeting entertainers and especially rock & roll musicians. In addition, Miss Pamela wanted to pursue her acting career in Hollywood, and in early 1969, they moved south, immersing themselves into the local scene. Then, one of Miss Pamela's childhood friends, Captain Beefheart, took the girls to a large castle-like compound in Laurel Canyon, where she became part of The Laurel Canyon Dance Company with Vito Paulekas and Carl Franzoni. There she became a member of the GTO's. After the group's breakup she had an affair with blues guitarist Shuggie Otis, son of Johnny Otis. They married and had a son named Lucky. She attributed a chapter to Pamela des Barres' autobiographical book "I’m With The Band". 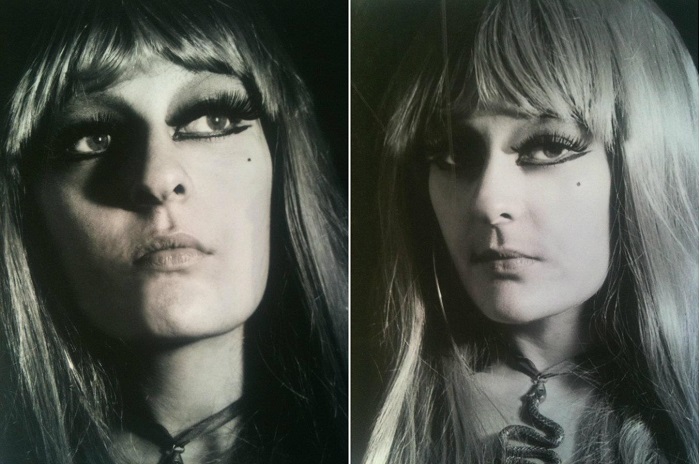 She has been referred to by Miss Pamela as "the human facsimile". Having moved around the country with her parents as a child, the family lived in various parts of Florida before eventually settling in the Bay Area city of San Mateo. In 1964, Fontenot dropped out of Hillsdale High School and told her parents she was ready to become legally independent. Despite their disapproval, she filed for emancipation, becoming a ward of the court within a couple of weeks and almost immediately leaving San Mateo to live with a group of friends in the Haight-Ashbury district of San Francisco. Some of their neighbors included members of the Grateful Dead, Janis Joplin, and a young Charlie Manson. Eventually, she and Miller heard that Los Angeles was the mecca for meeting entertainers, and, in particular, rock & roll musicians. In early 1969, when Miss Pamela expressed to Miss Mercy that she wanted to pursue her acting career in Hollywood, they moved south, immersing themselves into the local music scene. Soon after, one of Miller's childhood friends, Don Van Vliet (aka Captain Beefheart), took the girls to a large castle-like compound in Laurel Canyon where they were introduced to avant-garde rock musician Frank Zappa. Soon after the breakup of the GTO's in 1971, she became romantically involved with blues guitar prodigy Shuggie Otis, the son of rhythm & blues pioneer Johnny Otis. They married and had a son, Lucky Otis, who has since become a successful multi-instrumentalist / musician in his own right. A few years later, Fontenot and Otis divorced, and for the next two decades she moved around northern and southern California, living a life of heavy drug use and sporadic public appearances. In 1999, Fontenot quit all hard drugs and cigarettes. She currently resides in Los Angeles and works for Goodwill Industries, a thrift store in Hollywood. A chapter of "I'm With the Band" entitled "Miss Mercy's Blues" is an account of her life. She has worked for over five decades in magazines, books, radio and television, and contributing to award-winning feature-length documentaries. She had a ten-minute segment dedicated to her life in the movie Mayor of the Sunset Strip starring alternative rock pioneer KROQ disc jockey Rodney Bingenheimer, who was a close longtime friend of the GTO's. Fontenot and Miller have remained close friends throughout their lives, becoming cult groupie icons in the process and publicly appearing at public functions and events together. As of 2013, Fontenot has been working with an author / biographer as well as using Facebook to document her life. She has great knowledge of the history of American music and pop culture.

Pamela Miller and Linda Parker met around 1966 while attending Cleveland High School in Los Angeles. Christine Frka traveled to Los Angeles from San Pedro with Sandra Rowe, and both lived in the basement of Frank Zappa's Log Cabin at 2401 Laurel Canyon Boulevard in the Hollywood Hills in 1968. Christine was the live-in nanny for Zappa's eldest child Moon Unit, before Pamela took over the position the following year. Judith Peters had emigrated from the Haight Ashbury hippie scene to LA due to "boredom", alleging she "couldn't be a hippie forever." Cynthia Wells was brought into the group by Judith after the nucleus of the group had already been formed. This accounts for Miss Cynderella's presence in some, but not all of the GTOs' publicity shots. Lucy Offerall was also not an original member, but joined after the recording of Permanent Damage.

The group initially called themselves “The Cherry Sisters” but soon changed to "The Laurel Canyon Ballet Company.” Frank Zappa later changed their name to The GTOs, which he described as "an acronym which, as Stanley Booth wrote, could mean Girls Together Outrageously, Orally, or anything else starting with O." On their album's inner sleeve, the acronym is also defined as "Girls Together Occasionally", "Girls Together Often" and "Girls Together Only". Miss Lucy stated in a filmed interview that the latter name is what it stood for, though it is understood by most that the name on the album, Girls Together Outrageously, is the name of the group. The members were connected by their association with Zappa, who encouraged their artistic endeavors despite their limited vocal skills. The group performed live “only 4 or 5 times”, although they created a strong impression at their December 1968 performance at the Shrine Auditorium opening for The Mothers of Invention, Alice Cooper and Wild Man Fischer. A mix of theatrics, singing, dancing, wild costumes, and unusual lyrical content were staples of their act. Their only album, Permanent Damage, (Straight Records) was produced in 1969 by Zappa with the assistance of Lowell George and Russ Titelman (tracks 7 and 11). The latter track also features Titelman's brother-in-law, guitarist Ry Cooder, both of whom appear on Captain Beefheart's Safe As Milk album. Track 5 "The Captain's Fat Theresa Shoes" is a GTO comment on Beefheart's taste in footwear (his cousin Victor Hayden had introduced him to Pamela Des Barres). The songs are mixed in with conversations between the members of the group, friends, and others, including Cynthia Plaster Caster and Rodney Bingenheimer. The album features songwriting contributions from Lowell George, Jeff Beck and Davy Jones. A young Rod Stewart (Jeff Beck's singer at the time) pops up track 14. Permanent Damage was re-issued on CD in 1989 by Enigma Retro. 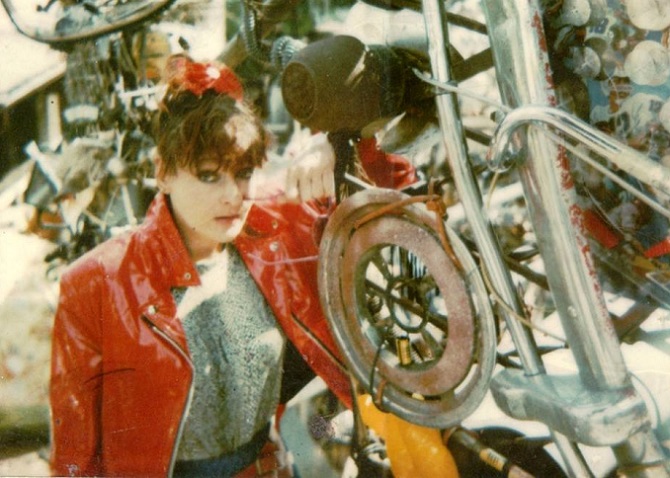