Best advice came from my mother: "know what you are talking about in the song, it will inform the way you sing it".

Welcome to the world of Chic Street Man, a world soulful and full of wit and humor

Chic Street Man is a uniquely talented artist with an international following. His music transcends cultural and attitudinal barriers, bringing home his message of harmony and ethnic diversity through acoustic bluesy ballads, funky rhythms and jazzy upbeat originals. Chic has been a featured performer in the US, France and in other parts of Europe, including the Montreux, Paleo and Bern Jazz Festivals in Switzerland, and the United Nations Human Rights Center in Geneva. Whether singing at a United Nations conference on human rights or engaging students at a local high school assembly, he connects. He has the rare ability to engage all audiences; adults, teens, children, seniors and entire families to make them laugh, think and feel good inside. Chic is also a celebrated communications facilitator and has presented for many organizations, including The Young Presidents Organization (YPO) in Austria, Switzerland, Australia and the USA. His world-class workshop "The Freedom of Expression" uses the stage to empower participants to strengthen their ability to connect with others. 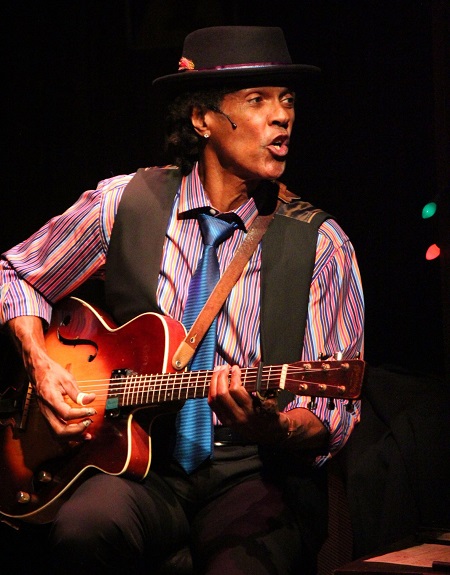 Chic is a graduate of UC Santa Cruz with a B.S. Degree in Psychology. He served as Head of the Department of Psychodrama at a Community Hospital in Carmel, CA; the Executive Director of a Fair Housing program in Hayward, CA; and the instructor of a class titled The Creative Process at Occidental College in L.A. before deciding to focus exclusively on his music. He recorded his first album, Growing Up, in Paris, France. He toured throughout France and later landed in Santa Barbara, CA where he founded Chic Street Man's School of Performing Arts and where he released his second album, Make It Thru The Night. Chic was the Artistic Director of the Boston production of the international play, Peace Child, touring with the company in Russia and Poland. He was a featured performer at the General Assembly of the United Nations in New York for the International Day of Peace, and gave benefit concerts for the United Nations Human Rights Center in Geneva. Chic later returned to Geneva as a featured artist for the United Nations Awards Celebration honoring indigenous caregivers.

Chic composed the music and starred in the off-Broadway hit show, Spunk, adapted by George C. Wolfe from three short stories by Zora Neale Hurston and performed at the New York Shakespeare Festival, The Crossroads Theater in New Jersey, The Royal Court in London, The Mark Taper Forum in Los Angeles, The Berkeley and Seattle Repertory Theaters and The Oregon Shakespeare Festival. He received a 1990 Audelco Award and a 1992 NAACP Theater Arts Award for his music and performance in Spunk. Chic also composed the music for Permutations, a segment of PBS's “Great Performances” presentation of George C. Wolfe's The Colored Museum. Chic composed the score and starred in the Berkeley Repertory Theater's production of The Caucasian Chalk Circle. He was a contributing author, performer and musical arranger for the Denver Center Theater Company's It Ain't Nothin' But The Blues in 1995, and toured with the show in D.C., Arizona, Kansas City and Seattle. Chic composed the score for the Alabama Shakespeare Festival's world premiere of A Lesson Before Dying. He composed the score and was the featured performer in the Cleveland Playhouse's world premiere of Touch The Names--Letters to The Vietnam Veteran's Memorial. He wrote and performed A Black History of The Blues for the Smithsonian in Washington, DC. Chic also co-authored and starred in Passing The Blues Along at the Crossroads Theater in New Jersey, and was the Arranger, Musical Director and Composer for the McCarter and Berkeley Repertory Theater’s production of Zora Neale Hurston’s Polk County, where he also won the San Francisco Bay Area Theatre Critics Circle Award for Musical Direction. In 2005 he played the role of “Slow Drag” at the Seattle Repertory Theater’s production of August Wilson’s Ma Rainey’s Black Bottom. In 2006 he composed the music and starred in Richard Wright’s Native Son at Seattle’s Intiman Theater. Chic was Professor Slick in Pullman Porter Blues at the Seattle Rep, Arena Stage in DC and the Goodman Theater in Chicago and Rev. Gary Davis in the Vineyard Playhouse production of Search: Paul Clayton. He starred in Low Down Dirty Blues at the Milwaukee Rep, the Cincinnati Playhouse in the Park and the Arizona Theater Company. In 1998 he starred in the Mark Taper Forum production of Lost Highway, the story of Hank Williams, and has appeared in the films Triple Bogey and Hangin' With The Home Boys. He is also the writer, singer and composer of several albums including: Lullabies, Growing Up, Make it Thru the Night, Everybody be Yourself, Guns Away and Beau-ti-ful. Chic is on faculty at the Heifetz International Music Institute in Staunton, VA.

My mother was a gospel/blues singer. She was invited to go on the road with Fats Waller when she was sixteen years old, but turned down the offer not wanting to be the only girl on the road with older men. My aunts and uncles were born in the blues. The blues kept me tied into my African American culture once outside of it in college, the work force and when touring.

How do you describe your songbook, mission, and sound? Where does your creative drive come from?

Urban Acoustic Folk Blues which ultimately goes in many directions. The blues coming from me has to be an honest honoring of my own personal experience, I was not raised in Mississippi, Alabama or Georgia where the blues was born. I was raised in the north. Boston, MA to be precise. Went to college and was never forced to sit at the back of any bus, but did I experience racism...you bet I did. Still do. The will to build bridges instead of walls is what drives my creative process. "I would go to the future. The past...been there and done that. Wouldn't change a thing. Might do a few things a little better, but I am comfortable with who I am and what I have been able to do. Would rather see my son and his family in the future tearing up the Hip Hop and Rap world. He will be a star."

Taj Mahal. Sonny Terry & Brownie McGhee. BB King. Lightnin' Hopkins. Keb' Mo' (met and played with them all). Pierre Barouh (signed me to my first record deal in Paris). Best advice came from my mother: "know what you are talking about in the song, it will inform the way you sing it".

Live performances in smaller venues. I miss being up close to the stage. I miss the major acts having fun with the audience, interacting with the audience and being personal. Think Louis Jordan. I miss the older 78 recordings and vinyl (even though vinyl is trying to make a comeback). I miss selling records and CD's in store fronts. My hope is that it will all turn around and come back. My fear is that it won't.

If people could learn to be free of fear and greed...that would make me happy.

What touched (emotionally) you performing at high and middle schools? How do you want it to affect people? 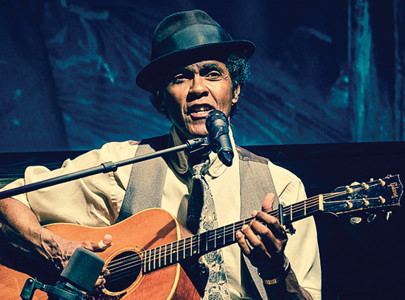 I love performing in schools. There is a ready-made listening audience looking to learn new things. My platform is to operate as a Goodwill Ambassador for Peace & Human Rights. I sang at a Martin Luther King assembly at an all black high school. Nearly 1,000 students in the hall. No sound system. Just me and my guitar. The entire student body rose up and sang We Shall Overcome with me and remained respectful during the whole assembly. Blew me away.

How has the Afro-American literature influenced your views of the world and the journeys you’ve taken?

Reaffirmed the journey I've been on since the day I was born.

What is the impact of Blues Roots music and culture to the racial, political, and socio-cultural implications?

I'm often asked if white boys can sing the blues. If you have the blues (we all get them), and you start singing you will be singing the blues. It'll be your own blues based on your own experience with hardship. Sports help bridge racial divides when different ethnicities join together to reach a common goal. Mixed military units join up to protect one another. Music and the blues do the same. I have no problem with The Rolling Stones singing with Muddy Waters, as long as Muddy gets his due. Anytime we can understand the life experience of others unlike out own it is informative and culturally rewarding.

I would go to the future. The past...been there and done that. Wouldn't change a thing. Might do a few things a little better, but I am comfortable with who I am and what I have been able to do. Would rather see my son and his family in the future tearing up the Hip Hop and Rap world. He will be a star. 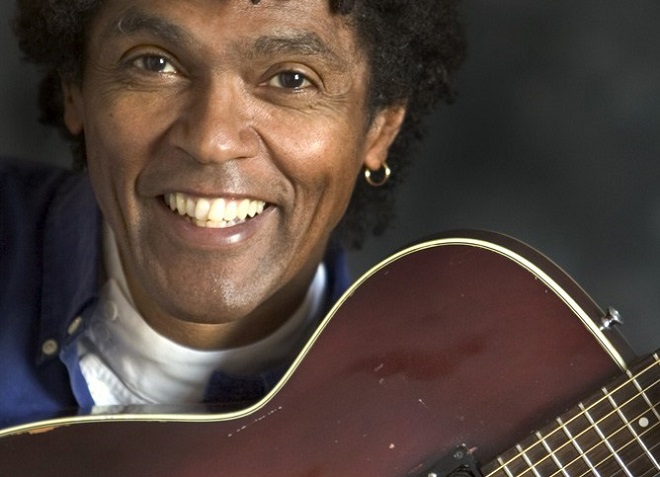