Q&A with veteran musician Rusty Ends, a true link between the rock and blues of the 50’s/60’s and the 21st century

"The blues is a gift that African Americans gave to American music. The blues was always there at the heart of everything, but it wasn’t expresses with such feeling."

Rusty Ends is the real deal, a true link between the rock and blues of the 50’s and 60’s and the 21st century. Rusty learned his craft as a teenager playing in the bars and taverns up and down Dixie Highway between Louisville and Fort Knox. The audiences were made up of a combination of soldiers, bikers, laborers, hustlers and working ladies (a vocal, volatile and sometimes lethal combination). In 1969 he did his first recording session with the band Cooper ‘n’ Brass at Phillips International Recording Studio in Memphis Tn. owned by legendary Rock ‘n’ Roll pioneer Sam Phillips. The record was “Does Anybody Really Know What Time It Is”, a regional hit in the southeast and one of the most popular records in dance clubs in the northeast. In the early 90’s Rusty decided he wanted to focus on his first love … The Blues and was a founding member of the Rusty Spoon Blues Band. Rusty has backed up some legendary performers including The Shirelles, The Drifters, Bobby Lewis, The Coasters, The Marvelettes and The Little River Band. At Blues Festivals he has played on bills that included Koko Taylor, Otis Rush, The Excello Blues All Stars (along with many other legends) and has played in recording sessions behind Kelly Richey, Robbie Bartlett, Wayne Young, and the great Blues Man Eddie Kirkland.                                (Rusty Ends, Ohio / Photo by Melvin Grier) 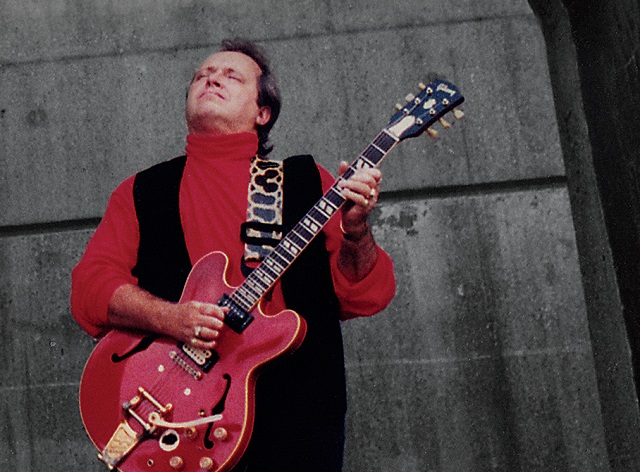 Around 2010 Rusty disappeared from the music scene. When Rusty disappeared it was rumored he lived in the Everglades and studied Native American mysticism with an old Seminole Medicine Man. Rusty has never confirmed or denied this rumor. Another rumor, one that Rusty denies, is that he was first mate on a shrimp boat. In his denial of this rumor Rusty stressed the point that he would never work that hard. Rusty and the band do a combination of covers and originals combining Rock-A-Billy, Blues, Soul and anything else that catches his attention. This unique combination and the heart of Rusty has resulted in a real Kentucky burgoo he calls Hillbilly Hoo Doo. New album "Rusty Ends Blues Band" (2021), featuring vocals, guitar and original songs by Louisville, Kentucky based Rusty Ends, was previously released in 1996 by Rollin’ & Tumblin’ Records, which folded shortly thereafter. Earwig Music Company is re-releasing this fun album which never got distribution the first time around. All these years later, Rusty’s still on his crusade to illustrate the myriad connections between his favorite genres of blues, soul, jazz, western swing, rockabilly and a wee bit of jazz licks thrown in for good measure.

There are so many I can’t name them all.  Of course, the Kings, B.B., Albert, and especially Freddy. Otis Rush for both his guitar tone and his voice. Percy Mayfield is one of the greatest writers ever, “His Please Send Me Someone To Love” is a perfect song. Guitarists Wayne Bennet and Mel both did something I am always trying for, combine jazz and soul in a way that works. Freddie Robinson went back and forth seamlessly. Before I get off of guitar players, I have to mention my favorites tone masters Les Paul, Santana, Fran Beecher, Cliff Gallup, and Wes Montgomery.  My earliest would be Wynonie Harris, Ivory Joe Hunter, Fats Domino, and especially Chuck Berry, Bo Diddley, and Carl Perkins. Without those last three I would probably have lived my whole life just for the annual two-week vacation.  I have so many more I know I have to stop somewhere, but if you asked me tomorrow with the exception of the last three, I would probably name a whole different.

Two things that just naturally happen, I have gotten better as a musician (you have to keep growing or it’s time to quit), and I have learned to appreciate almost all styles. And hopefully I have learned to communicate with an audience. The blues has always been heart of my style, I always try to make music with feeling, and at the end of the night I want people to go home feeling like they had a good time. 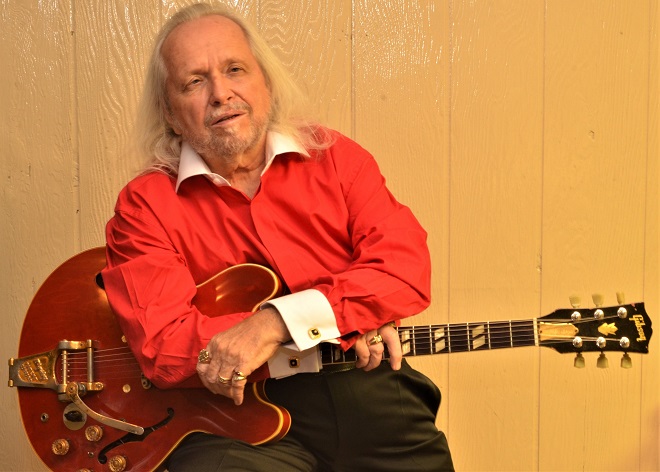 "Music would have soul and meaning again. I don’t mean a deep life message, but it would be an important part of people lives. It brings me down when I see a good band in a club really working and half the people at the bar are texting or taking selfies, or when you see a great concert and all people talk about is the light show. The human touch is going away."

A lot of the places I played as a kid were kind of rough and tumble. The audience was blues collar on the way home from second shift, soldiers, bikers, and the ladies that were there to entertain them, they were just living the same life. They worked hard and that bar or club was the place for them to forget their troubles and feel like somebody. I want everyone who hears our music to feel good, forget their troubles for a little while, and know they are somebody. If on top of that they could all realize that they all share the same desires and problems, and how much they have in common, that would be cool.

Music would have soul and meaning again. I don’t mean a deep life message, but it would be an important part of people lives. It brings me down when I see a good band in a club really working and half the people at the bar are texting or taking selfies, or when you see a great concert and all people talk about is the light show. The human touch is going away. By the same token I don’t like to go see a band and hear something that’s not there. I want every sound I hear coming from that stage to be the band I came to hear. I don’t want backing tracks or harmonizers. A lot of the younger musicians tell me I better get in step with the times, but to me it’s not an honest reflection of the group.

Are there any memories by The Drifters, Bobby Lewis, and The Coasters, which you’d like to share with us?

Backing every one of those groups was fun and full of great memories. But Charlie Thomas the leader of the Drifters threw a surprise on me. We were rehearsing “On Broadway” and I was ready. I had worked up the solo off of their record and thought be really happy. As soon as I went into it, he stopped me and said, “no man Hendrix”, and also said don’t put that Benson feel on it. So, I took it to neverland and it worked.  Bobby Lewis was fun, knew how to work the crowd, was about energy, and taught us the drummer can’t hit too many rimshots.  The Coasters were fun just like you think they would be.  And the Shirelles were wonderful, the crowd loved them, and when they sang “This Is Dedicated To The One I Love” it was the most soulful and bluest feeling I ever had. 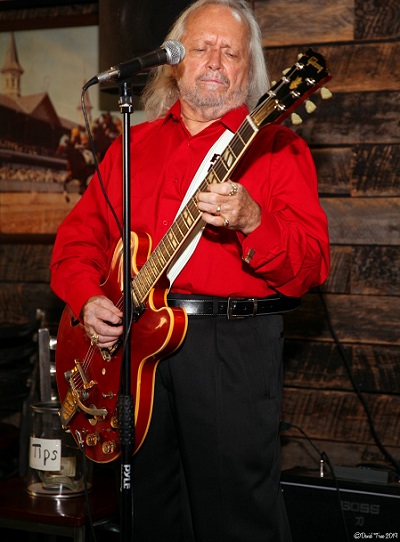 The blues is a gift that African Americans gave to American music. The blues was always there at the heart of everything, but it wasn’t expresses with such feeling. When you hear that old mountain ballad “Barbara Allen” it’s heartbreaking (makes you feel like cutting your wrist”, but it doesn’t hit you as deeply as a blues. Without blues we wouldn’t have American music. Jimmy Rogers and Hank Williams were blues men. If “So Lonesome I Could Cry” ain’t a blues, I never heard one. And of course, without the blues we wouldn’t have jazz, rock-a-billy, or rock’n’roll. Even bluegrass, listen to a Sonny Osborn banjo solo and you will hear the blues notes. So, blues is a feeling that has always existed, but a gift from black America, who taught us how to express it.

Hard decision, but I think I would have liked to have ridden the bus all day with Ray Charles and his band, it would have to be something to just to say you spent a day with that many great musicians, and go to that gig in a tobacco warehouse that night where at the end of the show they Ray he still owed them some time and he made up “What’d I Say” on the spot. Can you imagine the energy.  “What’d I Say” and “Please Please Please” may be the two most exciting records ever made.