"Comics are a means of communication, but have never really been used for the purposes of political advocacy. They reflect their times, but I don’t think they change much about society."

Bill Schelly has been chronicling and adding to the pop culture fringes since the mid-1960s. He became widely known in the comics community thanks to his popular fanzine Sense of Wonder (1967–1972). He began researching the history of comic book fandom in 1991, resulting in his book The Golden Age of Comic Fandom (1995). In 1998, he became associate editor of Alter Ego magazine. Schelly has written several biographies of film and comics artists, including comedian Harry Langdon and Joe Kubert. His American Comic Book Chronicles: The 1950s (2013) was nominated for a Harvey Award. 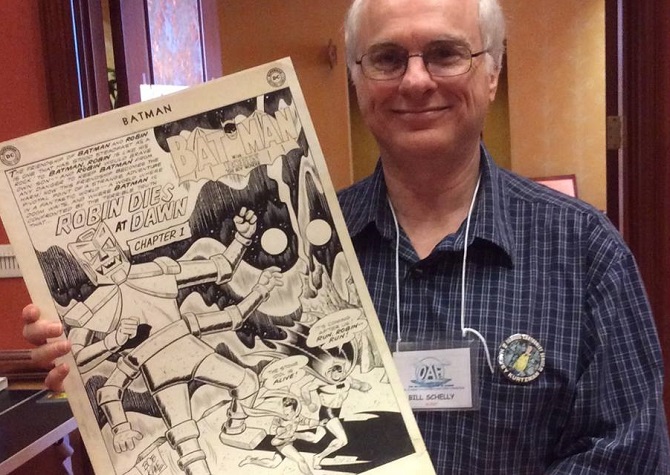 "I would want a tour of Wayne Manor and the Bat-Cave, and then ride along with him in the Batmobile on patrol. (But I would wait for him in the car.)" (Bill Schelly / Photo by Ike Wilson)

He recently authored Harvey Kurtzman: The Man Who Created Mad and Revolutionized Humor in America (2015) which received the Will Eisner Comics Industry Award in 2016 for Best Comics-Related Book. Schelly has also received an Inkpot Award from Comic-Con International: San Diego. In 2017, Fantagraphics published his book, John Stanley: Giving Life to Little Lulu.

How has the Underground Comics and culture influenced your views of the world and the journeys you’ve taken?

The work of Robert Crumb (in Zap Comix and elsewhere) shows how comics can give voice to great weirdness, as does the work of S. Clay Wilson and others of the more adventurous of the underground writers and artists. In a world when so many people seem so alike, it’s inspiring to see such individual visions. I guess in that sense, reading underground comix is like going to an art museum where one can see so many expressions of the human imagination, some of them rather extreme.

What do you learn about yourself from the comic culture?

If, by “culture” you mean the people and the conventions and fans, what I learn is that I’m more “social” than I think I am – but, for me to really be interested in being around other people much, it helps when I have comics in commn with them. Because I do think people who are into comics have a certain appreciation of art, and are visually oriented, which I am.

Humor is different from satire, because humor can just be a pratfall, with no further comment intended. But satire is a form of criticism. For example, the satire in MAD magazine was criticizing such things as hypocritical parents and sleazy politicians.

What were the reasons that you started the comic art researches?

Comic strips have always been somewhat respected, but comic books were considered to be trash. Comic book editors, writers and artists worked mostly in anonymity, and seldom bothered to sign the work. It wasn’t until the early 1960s that comics included credits. This is just one example of why research into the history of comics was necessary, just to determine who did what. I’ve always been interested in the lives of the people who produced the comic books, which is why I began writing biographies of them, starting with my biography of comics scribe Otto Binder in 2001. Since then, I’ve done similar biographies of Joe Kubert (Sgt. Rock), Harvey Kurtzman (Mad), and John Stanley (Little Lulu). "Humor is different from satire, because humor can just be a pratfall, with no further comment intended. But satire is a form of criticism. For example, the satire in MAD magazine was criticizing such things as hypocritical parents and sleazy politicians."

Why do you think that the Comic culture continues to generate such a devoted following?

Sequential art—comics—is a unique form of communication. It’s been compared to movies, but it can do things movies can’t, because of being made up of sequential drawings that “move” only inside the reader’s mind. The syntax of comics stories is very different than that of film. Also, comics can be produced by a single person, so there are a lot of personal, unique “visions” in comics form. They aren’t generic commercial or corporate products, or at least they don’t need to be.

I think science fiction writer Ray Bradbury gave the best advice: do what you love. Because when you love your work, it won’t only be pleasing for you, but it will help you get past all obstacles because you believe in what you are doing. I wanted to be a writer from the time I was nine years old, but until I connected that with my love of comics, I didn’t find my subject matter. Since 1995, I’ve written over 20 books about comics, and I’ve had a great time working on them. In 2016, my Harvey Kurtzman biography (The Man Who Created MAD) was awarded a Will Eisner Comics Industry Award for best comics-related book. I was only able to each that point because of my love for the medium, and for writing.

What do you miss most nowadays from the comics of past? What are your hopes and fears for the future of?

The world has become a much darker, more cynical place than it was when I was growing up, and today’s comic books reflect that darkness. In so doing, I think they are mostly for older teenagers and adults. Is there anything being published for kids from eight to twelve years old? Archie, perhaps. (But the Riverdale TV is very dark, of necessity these days, or it couldn’t hope to be successful.) I miss the heroes, and the hopeful attitude about life that I found in the Superman and Batman comics of my youth. 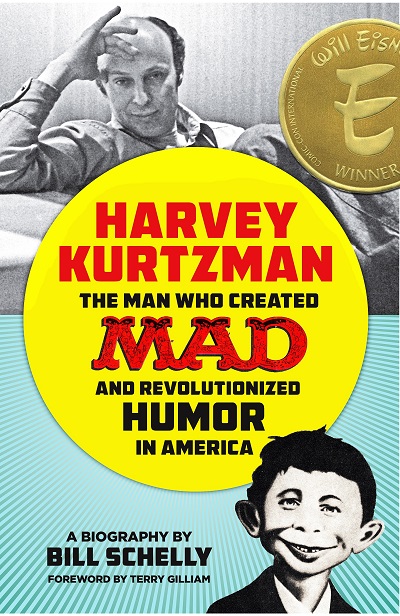 Making the story in comic books the number one priority, rather than making them all about the art. Of course the art is very important, and helps tell the story, but I wish the emphasis shifted more toward good stories.

What touched (emotionally) you from Joe Kubert and Harvey Kurtzman?

In terms of writing about Kubert, what touched me in their personal lives, I was really sad for Joe when his wife Muriel passed away several years before he did. Having met her, and eaten dinner with them in their home, I could tell they had such a great rapport. Thus I could imagine how devastating it had to be for Joe to lose her, and go on living and working without her. For Kurtzman, I found myself upset because he was plagued with Parkinson’s for the last decade of his life. As I read about the difficulties of that decade-long illness which led to his passing, I felt the helplessness that he must have felt. He managed to do some good work during that time, but a lot less than he would have, if he’d been healthy.

What is the impact of comic art and culture on the racial, political and socio-cultural implications?

Comics are a means of communication, but have never really been used for the purposes of political advocacy. They reflect their times, but I don’t think they change much about society.

For an American comics fan, one fantasy that springs to mind would be to go back to the spring of 1938 and buy multiple copies of Action Comics #1, which introduced Superman. They are worth a fortune today. One era that fascinates me is the turn-of-the-century, so I would be interested to see what life was like in about 1890 – let’s say, for a college student at an Eastern university. No radio, no telephone, no cars, no comic books or strips, no movies! What did they do with their spare time? And so on. But just for one day. I wouldn’t want to go to the dentist in 1890, that’s for sure.

How you would spend a day with Batman?

I would want a tour of Wayne Manor and the Bat-Cave, and then ride along with him in the Batmobile on patrol. (But I would wait for him in the car.)

What would you say to Little Lulu?

I would tell her, “Don’t let anyone tell you that you can’t do anything a boy can do!” 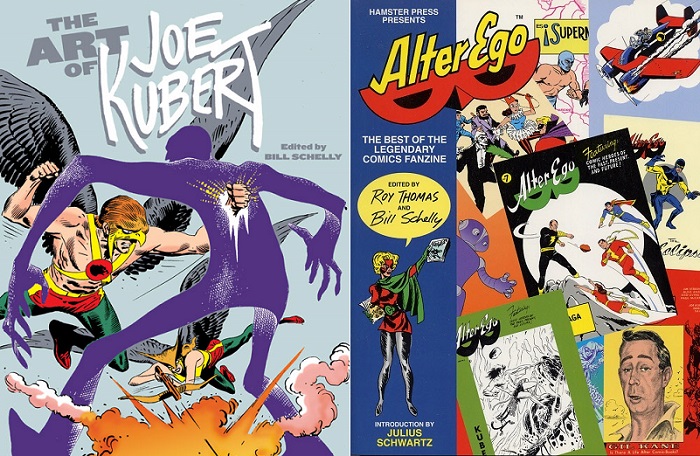