“Nick and the Backbone” is the band created by Nick Dounoussis, well known to blues audiences from his 25-years radical involvement  in the Greek Blues scenery.He is considered to be the best Blues guitar player in Greece and one of a kind  in Europe. His endless talent and  unique musical action has turned Greek audiences to the Blues and helped establish the local scenery.

Born and raised in Thessaloniki - Greece he first got involved with music in the late '70s. With his school buddies he co-founded Ghetto, playing rock'n' roll in the world later to be known as "indie" rock.

During 1983-1984 he co-founded  BLUES GANG-BLUES WIRE, the most significant Blues band in Greece at the time. In 1996, Nick left the band and founded NICK AND THE BACKBONE .

His guitar prowess led many people to believe that the formation of his own rock-blues band was inevitable, since his playing is absolutely top-notch in that genre. Many of his own compositions were injected into the new band's repertoire, along with songs from people like Freddie King, Muddy Waters, Albert King, B.B.King, Duke Robillard, the Fabulous Thunderbirds, Stevie Ray Vaughan, Albert Collins, Lonnie Mack, Eric Clapton and Jimmy Hendrix ,among others, presented with the BACKBONE's uniquely explosive style.

From 1997 and on the group has been steadily backing  blues legend Nick Gravenites in his Greek and European shows while also performing with famous blues artists such as LouisianaRed, Johnny Nicolas, Nellie Travis and Phil Guy. Their debut album came in 1999, entitled "CRACKIN UNDER PRESSURE" containing Nick's own songs and featuring Nick Gravenites on vocals. 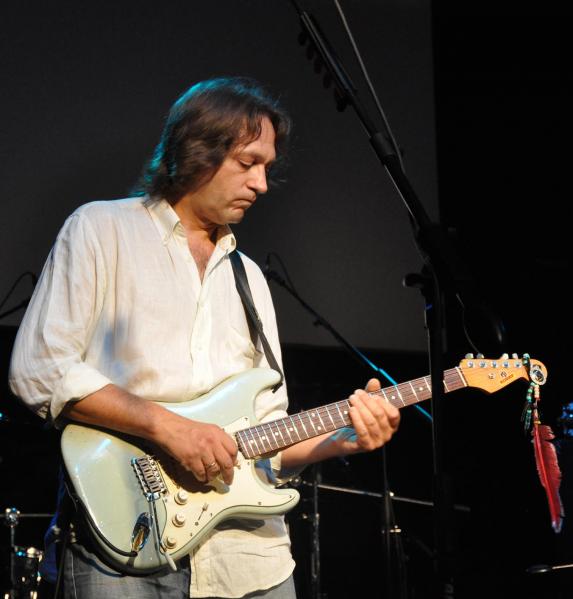 The album was hailed by local critics as a real merge of Chicago,British and Texas blues styles, paying equal tribute to the likes of Jimmy Reed as well as Clapton and SRV. It contains songs about friendship, love and communication between human beings with the album's title track, Cracking under pressure, totally inspired by the memories of the war in former Yugoslavia, projecting the fragile side of human nature. Today  Alex Apostolakis on drums and Lazaros Lazaridis  on bass form the  Backbone as a much-promising contemporary blues outfit.

All, actually, I was listening to every record I could reach.

How is your relationship with the other Greek bands?

I don’t know, how are theirs with me, do you know?

I always liked to fly, witch musician would that be?

How was your recording hours with Nick Gravenites?

What mistake of Greek blues scene you want to correct?

Is there a Greek blues scene(ry)?

Do you agree to be charactirize as “The Greek Stevie Ray”? 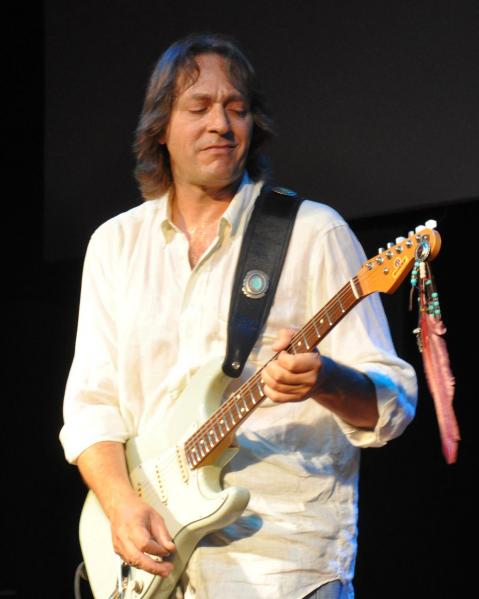 Three words to describe your sound

What are you most likely to complain about in touring?

How did you choose the name Backbone?

From “Scratch my Back”

What’s that moment like just before you go on stage?

It depends on the food

I look at the moon

I really don’t know. I was never in the music business.

I would like to put a blues song next to the names:

John Angelatos (Greek promoter) - Everyday he has the blues