"Jazz music dissembles the brainwashing of bigotry and racism for a period of time…but like a rubber band stretched...the programming snaps back into place over time..."

Knoel Scott: The Sound of Spirit

Knoel Scott began his musical studies at the age of ten with piano lessons. Discovering the saxophone a couple of years later proved to be a dramatic turning-point: it finally liberated his speech from a stutter he had endured for twelve years. Knoel attended Queens College and State University of New York College at Old Westbury, graduating in 1979. One mentor was Dr. Ken 'Makanda' McIntyre, a jazz education pioneer steeped in composition and performance of the African-American tradition.  Knoel also studied with percussionist Warren Smith: arranging, in addition to percussion. Other formative events included being taken under the wing by Harlem dancer/historian Ray Mckethan, by the great Scoby Stroman and by Babs Gonzales - who initiated Knoel to bebop: the motive force of modern jazz.  While absorbing all this, Knoel found time to learn tap-dancing. JAZZ CAREER:  Knoel's career as a jazz musician was launched by Warren Smith in his Composers Workshop Ensemble. Then came a crucial encounter, with an icon of cutting-edge jazz: Sun Ra.  Trombonist/composer Craig Harris alerted Sun Ra to Knoel, who soon was touring and recording with the Sun Ra Arkestra. In 1982, Knoel began a residency which made his name in Harlem.  This led to another historic meeting: early one morning, bebop drummer Khalil took the young Knoel Scott to a house on 77th Street: the house of Miles Davis in an impromptu consultation, Miles encouraged straight tone and setting aside the mannerisms of Charlie Parker.                                  (Knoel Scott / Photo by Laurent Orseau) 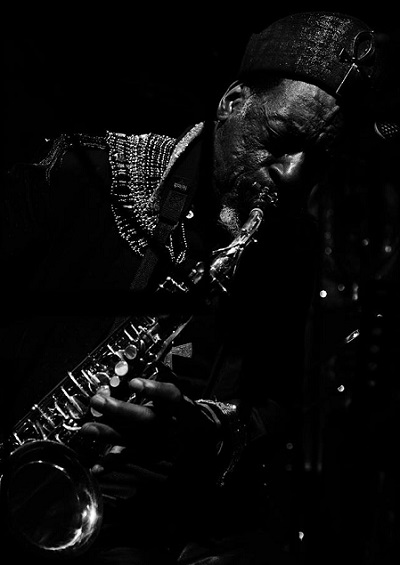 Meanwhile Knoel - the 'King Tut' of Harlem - was becoming a fixture at its many clubs: Showman's Cafe, Smalls' Paradise, Red Rooster, Lickety Split and La Famille - during an era when jazz was played until sunrise.  He succeeded the great Al King as the dominant saxophonist in Harlem, working principaly with the Seleno Clarke Sextet as well as keyboardists Freddie drew, Nat Williams, Jack McDuff, Don Pullen and John Hicks. Alto sax compatriots Larry Smith, Steve Coleman, Louis Keel and grandmaster Lou Donaldson were amongst who frequently participated in sessions the Knoel led.  Knoel was a chosen substitute for the great Max Lucas: tenor and baritone saxophonist who played for Louis Armstong, Billie Holiday, Sarah Vaughan and Nat King Cole.  And in 1987 Knoel created the Harlem Renaissance Jazz Festival. Others he worked with over the next ten years included Olu Dara, Charles Earland, Tommy Turrentine, and many others. In 1988 Sun Ra invited Knoel back to the Arkestra, to fill a reed-section chair temporarily vacant during an absence of Marshall Allen. Knoel retained that chair to this present day - usually playing alto sax but occasionally tenor or his native baritone. Sun Ra also encouraged Knoel to dance and sing, and his Ra-inspired versatility and agility continues to enthrall audiences. Between tours with Sun Ra, from 1989 to 1992 Knoel also toured with the rock group NRBQ. In 1989 he was featured in jazz trumpeter Olu Daras Okra's Orchestra performance at the Joseph Papp theatre, and during 1990 in Philadelphia performances by Zydeco legend Boozoo Chavez. In addition to alto, tenor and baritone saxophones, Knoel's extensive performance and recording career has featured him on flute, bass clarinet and contra-alto clarinet. During 2002-6 Knoel was located in Alaska where he formed the Knoel Scott Trio, performing his own compositions with renowned keyboardist Barney McClure, and recording Knoel Scott Live In Alaska. In 2010 Knoel concentrated on composing and arranging, frequently in collaboration with Marshall Allen. He put together a number of groups in France, making appearances in the 2011 and 2012 Nancy NJP Festivals. In 2013 Knoel guest-conducted the Tuvan Orchestra in Siberia, where he also directed a quintet of Arkestra members. Knoel currently works both sides of the Atlantic, frequent Sun Ra Arkestra tours alternating with intensive work on his own Knoel Scott Quartet ("KSQ") to which he has attracted the enthusiastic participation of top-rate young musicians.

What do you learn about yourself from the Jazz people and culture? What does the Jazz mean to you?

I learn that I am but a gain of sand in the magnitude of the Universe, not of much significance at all....especially in comparison to the multitude of true Masters and Angels that visited this planet disguised a musicians Jazz is a way of Life, Jazz is the Spiritual music of African American people…

What were the reasons that you started the Jazz researches and experiments? How do you describe your sound?

Only a fool would not seek to know that of which he was a part of... to know jazz is to know myself thus I study and create. Spirit sound… "I learn that I am but a gain of sand in the magnitude of the Universe, not of much significance at all....especially in comparison to the multitude of true Masters and Angels that visited this planet disguised a musicians Jazz is a way of Life, Jazz is the Spiritual music of African American people…" (Photo: Sun Ra Arkestra with Knoel Scott)

Nineteen year old skinny ass James Carter coming backstage at the Montreux Jazz festival in Detroit and having the effrontery to ask the great John Gilmore could he play his saxophone....to our surprise John said sure....James Carter then ran through the styles of Coleman Hawkins, Don Byas, Ben Webster, Eddie  Lockjaw Davis,  John Coltrane, Sonny Rollins and Albert Ayler with a mastery that left our mouths agape....John was sitting there laughing, the rest of us were awed an humbled by this Shining Prince of Jazz this was in 1990/ After the great Rahsaan Roland Kirk...James Carter is probably the greatest technician in the history of the saxophone ... in my humble opinion.

I miss the sheer abundance of living Masters of the tradition ...walking the streets, playing in local big bands, hosting jam sessions, playing at the local bar...the accessibility of these humble giants created a well spring of the music flowing out into the streets ...As these bebop legends die off I see a vacuum created, filled by college trained academics playing at the role of jazz man and it pains me deep inside… I fear Jazz will die with my generation…

What has made you laugh from the late great Sun Ra? What touched (emotionally) you from his music? 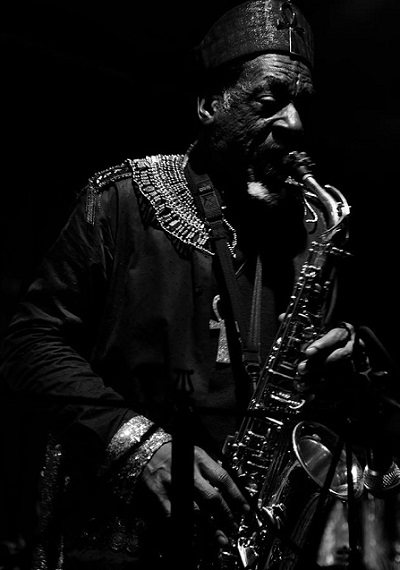 Too many things to recount… But one of my favorites was how during an interview Sunny explained that he was an Angel, So the end of the interview the host reintroduced the Angel Sun Ra....Sunny replied well...I was recently promoted to Arch Angel...too much… As for what touched me about Sun Ra’s Music...its BLACKNESS...Total Blackness in all of the Splendor of Blackness…

How has the blues and jazz influenced your views of the world and the journeys you’ve taken?

What is the impact of Jazz music and culture to the racial, political and socio-cultural implications?

Jazz music dissembles the brainwashing of bigotry and racism for a period of time…but like a rubber band stretched...the programming snaps back into place over time..

I’d like to be at Jazz at Massey Hall kistebibg to Bird and Diz, Bud Powell and Mingus and Max…