R.I.P Jimmy McCracklin - He will forever one of the architects of the West Coast blues

Have a Nice Trip Jimmy McCracklin

Jimmy McCracklin died December 20, 2012, in San Pablo, California. He was as one of the architects of the West Coast blues sound, and among certain audiences, one of its biggest stars, and one of the most prolific R&B songwriters

Jimmy McCracklin was born August 13, 1921, St. Louis, Missouri was a pianist, vocalist, and songwriter. His style contains West Coast blues, Jump blues, and R&B. Over a career that has spanned seven decades, he says he has written almost a thousand songs and has recorded hundreds of them. McCracklin has recorded over 40 albums, and owns four gold records.

McCracklin joined the United States Navy in 1938, later settled in Richmond, California, and began playing at the local Club Savoy owned by his sister-in-law Willie Mae "Granny" Johnson. The room-length bar served beer and wine, and Granny Johnson served home-cooked meals of greens, ribs, chicken, and other southern cuisine. A house band composed of Bay Area based musicians alternated with and frequently backed performers such as B. B. King, Charles Brown, and L. C. Robinson. Later in 1963 he would write and record a song "Club Savoy" on his I Just Gotta Know album. 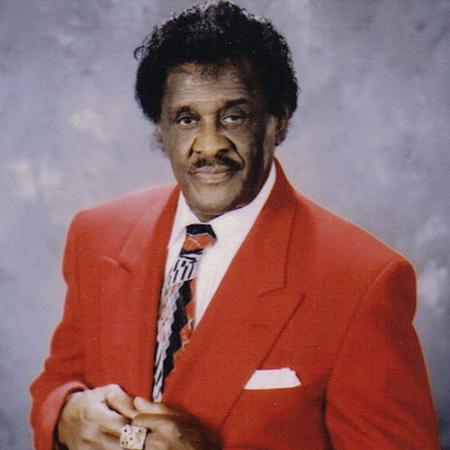 His recorded a debut single for Globe Records, "Miss Mattie Left Me", in 1945, and recorded "Street Loafin' Woman in 1946. McCracklin recorded for a number of labels, prior to joining Modern Records in 1949-1950. He formed a group called Jimmy McCracklin and his Blues Blasters in 1946, with guitarist Lafayette Thomas who remained with group until the early 1960s. His popularity increased after appearing on the TV Dick Clark's American Bandstand in support of his self written single "The Walk" (1957), subsequently released by Checker Records in 1958. It went to No. 5 on the Billboard R&B chart and No. 7 on the pop chart, after more than 10 years of McCracklin selling records in the black community on a series of small labels. Jimmy McCracklin Sings, his first solo album, was released in 1962, in the West Coast blues style. In 1962, McCracklin recorded "Just Got to Know" for his own Art-Tone label in Oakland, after the record made No. 2 on the R&B chart. For a brief period in the early 1970s McCracklin ran the Continental Club in San Francisco. He booked blues acts such as T-Bone Walker, Irma Thomas, Big Joe Turner,Big Mama Thornton, and Etta James. In 1967, Otis Redding and Carla Thomas had success with "Tramp", a song credited to McCracklin and Lowell Fulson. Salt-n-Pepa made a hip-hop hit out of the song in 1987. Oakland Blues (1986) was an album arranged and directed by McCracklin, and produced by World Pacific.

McCracklin continued to tour and produce new albums in the 1980s and 1990s. Bob Dylan has cited McCracklin as a favorite. He was given a Pioneer Award by the Rhythm and Blues Foundation in 1990, and the Living Legend and Hall of Fame award at the Bay Area Black Music Awards, in 2007. Supremely prolific; Jimmy McCracklin continues to write, record, and perform. He has recently performed/recorded with San Francisco's Death Rock/Art Pop group "Barbarasteele" and tours and plays festivals around the world.