"The Blues and Rock n' Roll are a deep rooted music in American Culture. They represent a time when things were not right, and they changed. Music can help change the world, but we all have to be listening."

Mike Zito is an American guitarist, singer, producer, and songwriter from St. Louis, Missouri. He is a co-founder of Royal Southern Brotherhood. Zito started singing at the age of five and by his late teens he had begun his career in the St Louis area music scene. In 2008, Zito made his international debut on the Eclecto Groove label. Zito released records on his own label he toured regionally and performed some national dates until signing with Eclecto Groove Records. In 2008, released Today (produced by David Z) and in 2009, released his second CD Pearl River. At the 2010 Blues Music Awards, "Pearl River" won "Song of the Year". Pearl River was recorded in New Orleans, Louisiana at Piety Street Studios. It featured Cyril Neville, Anders Osborne, Reese Wynans, Jumpin’ Johnny Sansone, and others. 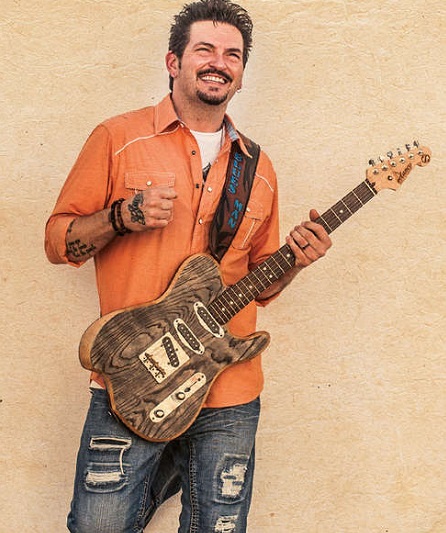 What do you learn about yourself from the Rock n’ Blues culture blues and what does the blues mean to you?

I've learned that I am a rock n roll guy at heart, that just loves the Blues. The Blues means passion, commitment and honesty - there is no place to hide in the Blues.

What were the reasons that you start the Blues /Rock researches? What characterize your sound and songbook?

I was so excited when I heard electric guitar for the first time - and it was Eddie Van Halen. Not exactly Blues, but the sounds captured my imagination for the guitar. The more I began my learning, I followed more and more into the Blues - Eric Clapton, Jimi Hendrix, Jimmy Page, Johnny Winter, Stevie Ray Vaughan...the list goes on and on. My sound is Blues/Rock for guitar - I love to rock n roll sound - but my songs take me in many different directions. I love stories, so if the story is traditional Blues, or straight Rock, or Soul and RnB - then my playing follows the song. 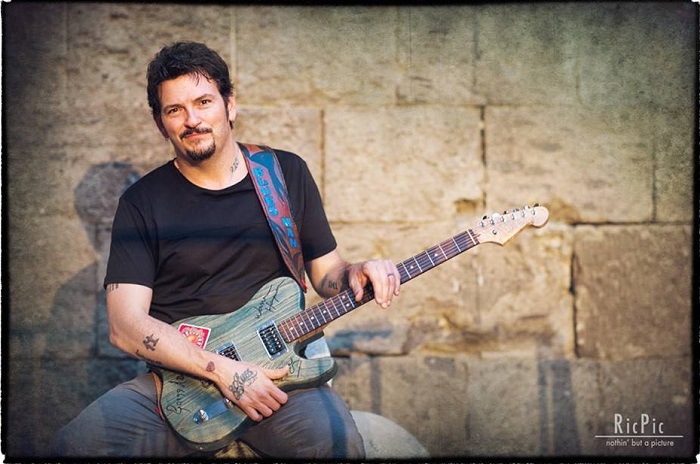 "I think I want to go to Chicago in the mid 1950's and be at Chess Records and watch the magic going down. Nothing but honesty and great songs." (PHOTO by © Riccardo Piccirillo)

Meeting Buddy Guy and Otis Rush at the Legends Nightclub in the late 1990's - I played in front of those guys, it was crazy and stressful - but Mr. Guy came and told me afterward that I was good and I could play there anytime. That made me feel like I could do this.

Johnny Winter was a dear friend and hero and he told me that I was a "Good Blues Player" and that I should keep playing the Blues and making Blues records, the world needs more Blues Records.

Best Advice was from Walter Trout - Never Give Up.

Making the very first Royal Southern Brotherhood album was very exciting. I had never met our new drummer, Yonrico Scott before and when he showed up at the studio it was as if we had known each other all of our lives. He smiled real big and said "You must be Mike Zito" - he then sat down at the drums and we recorded two songs right then and there just by ourselves and they both wound up on the album just like that.  I don't think thats ever happened before for me.

I miss the honesty, the songwriting. I see people paying homage to the greats and old traditional Blues, but why are more of an act or a "Tribute" to, rather than the real deal. The Blues didn't end in 1960 - it carried on and carries on. I would like to hear more original songwriters in the Blues telling their own stories, not repeating someone else. But I am not fearful, I am hopeful. We have Gary Clark Jr, Tedeschi Trucks, Joe Bonamassa, Samantha Fish, Jarekus Singleton...the list goes on and on and they are paving the way for new Blues. 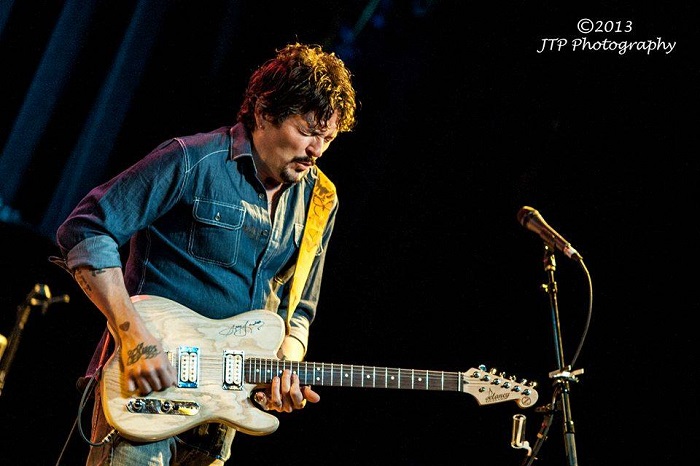 "I've learned that I am a rock n roll guy at heart, that just loves the Blues. The Blues means passion, commitment and honesty - there is no place to hide in the Blues." PHOTO by © JTP Photography

That Spotify and streaming music services in the USA would pay more reasonable royalty rates to the artists.

Both are a deep rooted music in American Culture. They represent a time when things were not right, and they changed. Music can help change the world, but we all have to be listening. Their was a time when music was on the radio and dh's played music to inspire the people, but it is not like that anymore. People are still inspired, but they have to inspire themselves these days and they have to find those around them that are like minded.

I think I want to go to Chicago in the mid 1950's and be at Chess Records and watch the magic going down.

Nothing but honesty and great songs.

What touched (emotionally) you from slide guitar and why is connected to the blues?              PHOTO by © Alan Grossman 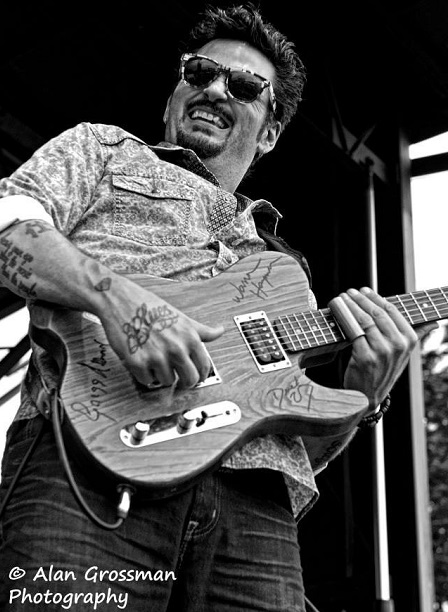 I am not a great slide guitar player, but I love the sound of the slide and I try to continue to learn to play well. For me it is a tool in my songwriting arsenal. When I need to add that sound to my song, when my song requests it or demands it, I try to be able to give the slide to the overall sound. It is the sound of Muddy Waters, that is the slide sound I hear. It is the sound of Elmore James that I hear. This is why Johnny Winter is so important to me, he kept that sound alive in modern music from the late 60's until his death. Of course, I am in awe of the talents of Derek Trucks and Sonny Landreth, but I will never achieve that kind of virtuosity and I don't try to either. I am not interested in virtuosity, I am interested in honesty and the truth. Both Derek and Sonny have the ability to tell the truth in such musical ways that they are but a few that walk the earth, but that same honesty can be told with simple playing, and that is my goal.