"Music is the great unifier... it's one of the glues that holds us all together. It's sad how popular music has really been de-politicized the last twenty years or so."

Dan Stuart: By Any Means Necessary

Dan Stuart AKA Marlowe Billings is a songwriter, author and habitual expat currently residing in Mexico City. He was a founding member of Green on Red and Danny & Dusty in the 80's before leaving the music business in 1995 for a decade and a half. Daniel Gordon "Dan" Stuart (born in 1961, Los Angeles) is an American musician best known as the leader, singer, songwriter of 80s post punk, alt-country rock band, Green On Red, and for his teaming with Steve Wynn as Danny & Dusty. Raised in Tucson, Arizona, Dan Stuart founded punk band The Serfers in 1979. The next year the band moved to LA, changed the name to Green On Red, and became associated with the paisley underground. After releasing two EPs, the band recorded their first full album, Gravity Talks for Slash Records in 1983. Green On Red toured America and Europe extensively and released eight more records before disbanding in 1992. In that time, Stuart worked with producers Jim Dickinson, Glyn Johns, and Al Kooper.          (Photo by Christian Rodrigo) 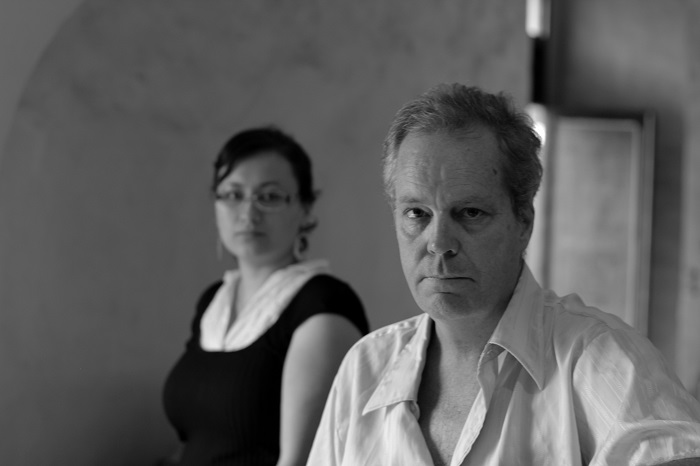 Danny & Dusty recorded and released The Lost Weekend album in 1985. After Green On Red, Stuart recorded the album Retronuevo with Al Perry in 1993, and solo effort Can O'Worms in 1995, before largely leaving the music business. He would return for a Green On Red reunion in 2006, and a second Danny & Dusty record, Cast Iron Soul in 2007. The Slummers, a band he started with producer JD Foster, released Love Of The Amateur, produced by Italian guitar player/composer Antonio Gramentieri, in 2010. Stuart currently lives in Mexico, and released a second solo album, The Deliverance of Marlowe Billings, summer 2012. Dan Stuart, Arizona: 1993-95, a double cd featuring Can O'Worms and Retronuevo plus a never released EP was released in 2013. The Deliverance of Marlowe Billings is also the title of "a false memoir" written by Stuart and published in 2014. Dan’s new album 'Marlowe's Revenge' with Twin Tones, one of Mexico's hottest young bands, will be releasing on early next year (2016).

How do you describe Dan Stuart sound and songbook? What characterize your music philosophy?

I guess my philosophy would be like Jean-Paul Sarte and Malcolm X's... "by any means necessary". I really don't have a sound outside of the fact that vocally people know it's me. Musically I'm after a sort of raw truth that depends on what's going on in the making of a record... the geography of where I am both externally and internally, who the players are, that sort of thing. This new record "Marlowe's Revenge" was recorded fairly primitively with Mexico City's Twin Tones and a lot of rules of recording were smashed to get it done. The one before in 2012 was the opposite, much more lush and cinematic in scope and done with Italy's Sacri Cuori as the main band. I've actually only made three solo records in my life while most of my peers have made dozens... don't forget I left the business for 15 years and should probably go away again.

What were the reasons that you started the Psychedelic Folk/Rock n’ Roll researches and experiments? 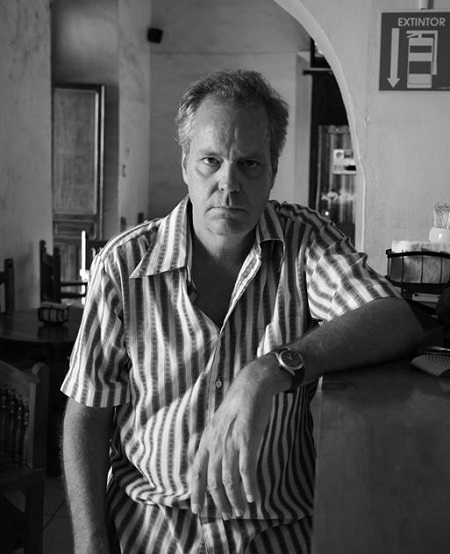 It was a natural process... I loathe the word "organic" applied to any kind of art. I was lucky to grow up when I did with Top 40 AM radio being as good as it was in 1968 driving around with my mom listening to Creedence and The Doors etc. Later when I started buying records in the early seventies you had the begining of album rock on FM radio and things got heavier with The Stones and The Who plus a lot of Dylan and the cooler folkies like Tom Rush and John Prine plus Muddy Waters and Howling Wolf of course, the blues greats. Early country rock was big in Tucson, New Riders of the Purple Sage and The Flying Burrito Brothers, stuff like that. Neil Young's Zuma was also a hugely influential record for us... we smoked a lot of weed listening to that. So I was about 12 years old then and only a few years later punk hits and everything changed overnight. My first band The Serfers were very much a punk band and as that band became Green on Red we simply recreated our musical past but without a lot of self awareness. The EP's are kinda 60's sounding and then with the LP's things got a little more 70's influenced... what goes in has to come out even if it emerges twisted and upside down. The new record is like a completion of the circle, very rock n roll with that punk spirit.

What do you learn about yourself from the Rock counterculture and what does Paisley Underground mean to you?

Well for my generation rock n roll was a new kind of sonic literature that also came with some great criticism from writers like Stanley Booth, Lester Bangs, Richard Meltzer etc. Paisley Underground didn't mean much to me, it was a cute term uttered by a kid in a cute band but without much gravitas. Green on Red covered musical territory pretty fast and that always hurt us, we were always somewhere else than where our fans wanted us to be.

Memphis producer Jim Dickinson advised us to never answer the phone in the studio because it could be "them" telling us to stop... that's pretty good. Steve Wynn told me to never sell my publishing but I didn't listen and I'm still recovering from that. "Well for my generation rock n roll was a new kind of sonic literature that also came with some great criticism from writers like Stanley Booth, Lester Bangs, Richard Meltzer etc."

I miss human percussion... everything is on the grid now. I also miss things being a little out of tune but beautiful within the ensemble. I'm surrounded by stores blasting EDM where I live in Mexico City and never thought I could hate any genre of music but I detest 95% of it. Rock n roll is safe as long as kids still want to get together in garages and basements and learn to play together and they are still doing that, thank god. Lots of great young bands out there but people my age take up all the oxygen and aren't listening to the kids, we turned out to be worse than the hippies.

Fair compensation... most of the people that defend the free content model are people who have never created anything themselves. My copyrighted material is the only thing I have to leave my son and I want it to be worth something.

What are the ties that connect the blues with post punk, alt-country and continue to folk and Mexican music?

Everything goes back to the blues, Africa's gift to the world. Mexican music is very interesting in all its forms, it's so much more than just the mariachis of Jalisco. I love traditional banda, in Oaxaca it has a real Balkan element. Right now cumbia is king and when you hear that old stuff from Colombia the blues is there too. The impossibility of love is the main topic of so much of the world's traditional music... everyone's lovesick with the blues. 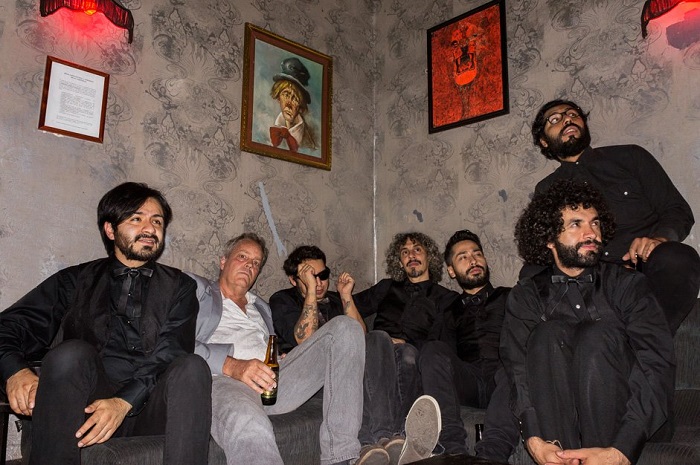 "Rock n roll is safe as long as kids still want to get together in garages and basements and learn to play together and they are still doing that, thank god. Lots of great young bands out there but people my age take up all the oxygen and aren't listening to the kids, we turned out to be worse than the hippies." (Photo by Raul Garcia & Gerardo Landa / Dan Stuart with Twin Tones)

What has made you laugh lately and what touched (emotionally) you from your life in Mexico?

Little kids make me laugh, they know how to have a good time with very little. What touches me the most in Mexico is the grace and dignity of poor people. Community is everything, it's harder to find in Mexico City but Oaxaca is so very special where most everyone is some sort of artist without realizing it.

What is the impact of music on literature, and to the racial, political and socio-cultural implications?

Music is the great unifier... it's one of the glues that holds us all together. It's sad how popular music has really been de-politicized the last twenty years or so. Hip hop is a great example, the whole gangster thing was a very calculated and cynical way to marginalize a political message that was threatening the status quo. Americana as well is pretty pathetic... we don't need an umbrella term for folk, country and the blues, George Jones is not Americana, he's a country singer for god's sake.

Nowhere really, I'm fine here in Mexico City where the past, present and future exist all at once. 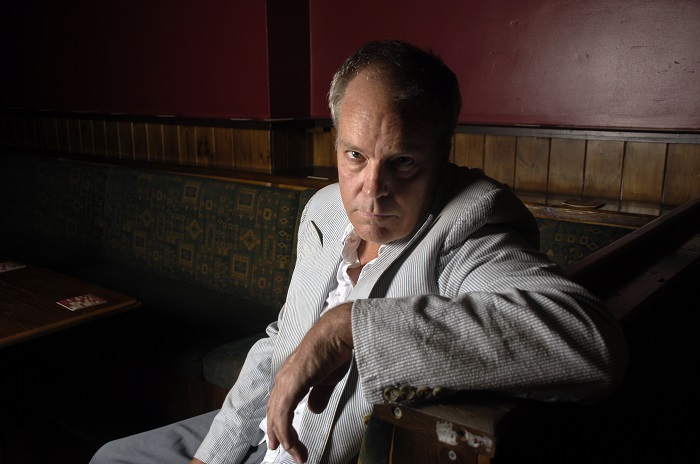