"That blues music is full of insights into the human condition. I love continuing to learn about its regional styles and history. There is no end to collecting blues records and books to enjoy and learn from."

Once Upon a Time in Canada

Stony Plain Records celebrates its 40th Anniversary with special 3-CD set of music including rarities and previously unreleased tracks. Stony Plain Records, Canada’s premier roots music label, announces a June 3rd (2016) release date for a special 3-CD set, 40 Years of Stony Plain, which includes cuts from its illustrious history of albums, as well as a complete disc of rarities and previously unreleased tracks. “Celebrating Stony Plain’s 40th Anniversary by putting together this specially priced three CD set has been a joy,” writes label founder/president Holger Petersen in the album package. “Not only going back over those years and selecting some of our favorite tracks, but to also dig deeper to find rare and previously unreleased material by old friends Eric Bibb, Duke Robillard, Maria Muldaur, David Wilcox, the late Bob Carpenter, Walter ‘Shakey’ Horton and the legendary Sam Chatmon and His Barbeque Boys from 1979. With extensive notes and packaging, this stunning collection of 47 songs will be a joyful surprise for true music fans everywhere.”        (Holger Petersen, Stony Plain Records / Photo by Blaise van Malsen) Long-time label friend and celebrated Canadian publicist Richard Flohil contributes an insightful timeline to Stony Plain’s history and contributions to the music industry in his liner notes. Stony Plain is a record company based in Edmonton, Alberta, a culturally diverse city on the edge of Canada’s prairies, but one that rarely shows up on the music industry radar. The label specializes in what its founder calls roots music: Contemporary music with roots in the past that stands on its own, but which influences almost all the pop music you hear around you. Established in 1976, the label has released over 300 albums of blues, classic R&B, folk, country, bluegrass, rock and roll, and music that is impossible to put into neat pigeonholes. The common element in all of these forms of music is that the musicians, regardless of current fad or fashion, put their hearts and souls into the music they make. Stony Plain released the results – and almost invariably found that people responded.

What characterize label’s philosophy and mission?

I appreciate working with artists who have a strong sense of who they are. Artists that deserve more attention for their talent. Songwriting is incredibly important as is a soulful connection to the music. Artists that I believe we can help through our contacts and network. We’ve always wanted to remain a small, hands on, artist friendly label.

That blues music is full of insights into the human condition. I love continuing to learn about its regional styles and history. There is no end to collecting blues records and books to enjoy and learn from.

Why did you think that the Stony Plain Records 40 years continues to generate such a devoted following?

Because of the talent and devotion of the artists we work with. I’m proud of our long term relationships with artists like - Amos Garrett, Ian Tyson and Maria Muldaur all since the mid-80s. We’ve done over 25 projects with Duke Robillard since 1992 and we are working on our 9th project with Ronnie Earl and 6th with Rory Block. Plus, working with artists like Long John Baldry, Kenny ‘Blues Boss’ Wayne, MonkeyJunk, Tim Hus, and Paul Reddick.

Which was the highlight moment of Stony Plain?

Our six Grammy nominations and watching our artists win Blues Awards in Memphis. Those include Duke Robillard, Ronnie Earl, Jeff Healey, Eric Bibb (who we represent for North America), MonkeyJunk, and Rory Block. 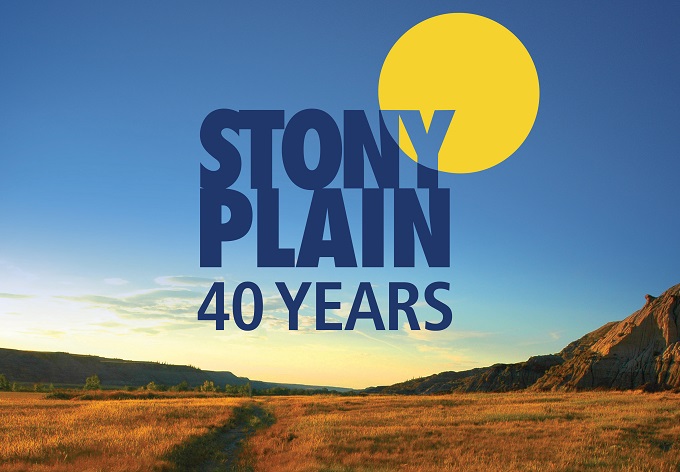 "We have an amazing amount of blues talent in Canada supported by some of the best music festivals and blues societies in the world. Canada was always a place where US blues and jazz artists found work and racial equality going back decades."

What are the albums where you would you put in a time capsule?

Which artist touched (emotionally) you most?

Same as above plus Mavis Staples, Al Green in his church, Solomon Burke, BB King, Louis Armstrong and Mahalia Jackson.

Not being able to see the legends who have passed on.

Seeing people pay for music they want – not getting it for free. And understanding that it’s the artists and the future of the art that is at stake. 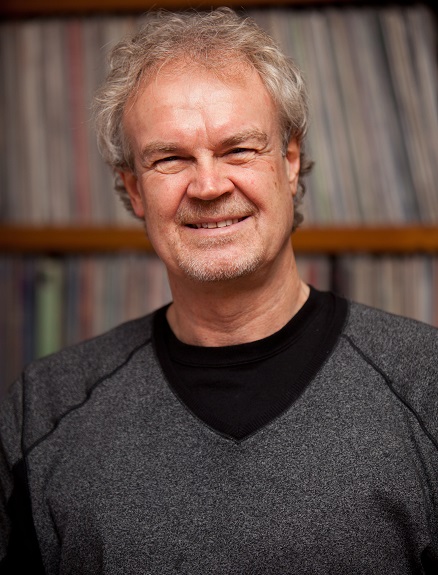 Make an account of the case of blues in Canada.

We have an amazing amount of blues talent in Canada supported by some of the best music festivals and blues societies in the world. Canada was always a place where US blues and jazz artists found work and racial equality going back decades.

"Not being able to see the legends who have passed on." (Holger Petersen, President of Stony Plain Records - Photo by Blaise van Malsen)

Kansas City in the late 30’s/ early 40’s to experience that time when blues and jazz had a joyous swing sound during a wild era. Or the Newport Folk Festival 1963, 64 or 65. A time when the great country blues artists were rediscovered and performing well. In addition to Dylan, Doc Watson, bluegrass bands etc. You were very fortunate in Europe to have the American Folk Blues Festivals touring each year. Those videos are my favorite DVD’s of blues.