"The fact that two musicians from opposites sides of the world who can't even speak the same language can sit and play together without even saying one word speaks volumes to the power of music."

Tony Smotherman was born in Athens, Greece. At the age of 15, Tony was introduced to the music of Johan Sebastian Bach. He immediately purchased all the Bach he could get his hands on. His passion for Bach inspired him to take classical guitar lessons. Within a few months Tony was practicing at least six hours a day, primarily Bach lute suites and Paganini Caprices. With only three years of classical guitar lessons behind him, Tony was recognized for his outstanding musical abilities. He was chosen Middleburg High School's "Most Talented Senior." Tony was also selected to become a member in the annually published book Who's Who Among American High School Students. This book recognizes students who are prominent in academics, art, and music. It was during Tony's senior year that one of his teachers submitted some of Tony's musical work to Queen Elizabeth II. Her Highness not only received his music, but also sent notes of encouragement, describing his classical guitar skills as "highly sophisticated." 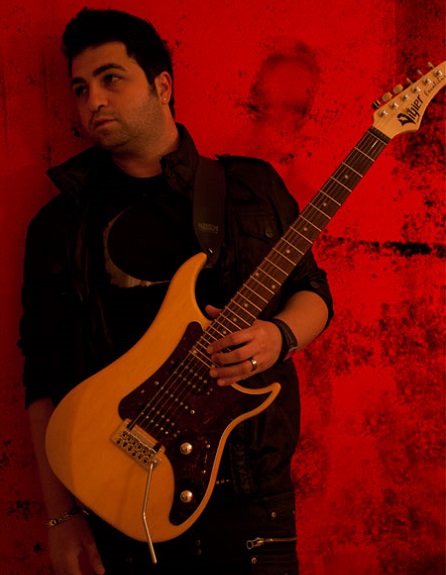 Tony wanted to strengthen his abilities, and feeling challenged by the instrument, bought his first electric guitar. Inspired by their magic, his early influences were Jimi Hendrix and Yngwie Malmsteen. In mid 2000, having found many night's respite in the gentle tones of Ravi Shankar, Tony dared to bend his strings into another dimension. He began to experiment with the sitar and sarod, two important instruments in Northern Indian classical music. Learning ragas like "Bilawal, "Sindhi-Bhairavi," and "Dadra" motivated him to create his own musical style, using the techniques and vital nuances that bring the vocal-like quality of Indian music to the electric guitar. For the past five years, Tony has been, teaching students throughout Florida and southern Georgia, Playing and touring, contributing to Local and National Music Magazines and has released two instructional videos, Virtuoso Techniques released in 2002 and Licks of the Absurd to be released in 2006. His instructionals have found popularity in Asian and European audiences. Tony is in the process of producing a third instructional video, using open tunings for acoustic guitar. The new millenium launched Tony into further international acclaim. In 2000, he opened for Molly Hatchett. In 2002, he released his first CD, Embracing the Spirit. In 2003, he was asked to contribute one song to the Finnish Label Lion Music, for the tribute album Shawn Lane Remembered. In 2004, Tony opened for Ardrian Legg, who personally invited Tony to perform with him again in October of 2005. In November 2005, he opened and performed with Buddy Miles. To wrap up 2005 Tony opened for Rick Derringer in December. To start out 2006 on New Year's Eve, Tony joined Tom Curiale, Rick Derringer's drummer, for a set of high octane rock. In 2006 Tony opened for Leon Russell’s USA Tour also, recorded and shared the stage with Buddy Miles and released his video "Licks of the Absurd".

How do you describe Tony Smotherman sound and songbook? What characterize your music philosophy?

For me personally, a deep connection to the music I listen to, impacts what I play and write. The difference is, you have to take what you have a connection to and develop your own voice with it. I think it's important to mimic and copy other players for a while, but when you begin to shed off those influences and gain your own voice, people begin to recognize you immediately. I love world music, but consider myself a Rock musician. For me, combining the two gave me direction to start with, but it developed over years. Just as anything, if you stick with something long enough you begin to do it naturally. 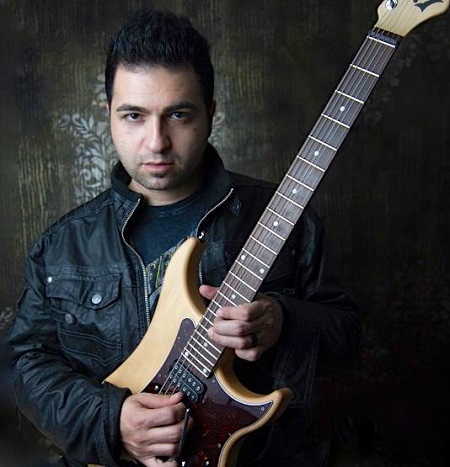 I'm fortunate to have quite a few highlights, but one in particular that will always stay with me is working with Buddy Miles. He was a master musician and a true legend. Every single night on stage with him I took as a lesson. I learned as much as I could form him and he freely gave me lots of advice and things to think about. In particular, we had a conversation one night in which he told me, No matter what anyone says, no matter what criticism you may receive in your journey, just stay true to you're heart and the music you play and everything else will fall in place where it should. I'm always the first to say, he had a huge impact on me.

Are there any memories from Molly Hatchett, Buddy Miles, Rick Derringer and Leon Russell which you’d like to share with us?

It was great being an opener and getting to play with some of those guys. Although southern rock is far from what I do for the most part, at that point I was being booked as an opener for those acts as a power trio doing instrumental rock. Almost like a Jeff Beck type thing. That was an easy transition into the headliners show. What I was doing musically wasn't too far into left field. It just seemed to work.

Seeing Jeff Beck live recently was great. His playing was moving as always, watching this guy who's near his 70's still creating music and playing better than ever with such fire, that was cool to see. If Jimi was still around, I'm sure he'd be doing the same thing. I have a lot of respect for Jeff Beck. You can tell he loves the guitar and has become one with it, it does what he says. There's no doubt about that.

What are the lines that connect the Blues Rock with Classical and continue to Jazz and Indian music? 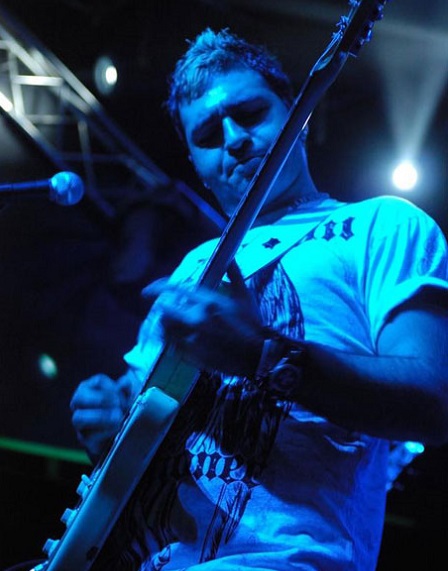 I think no matter where you go into the world, music is music. The fact that two musicians from opposites sides of the world who can't even speak the same language can sit and play together without even saying one word speaks volumes to the power of music. I have opened my eyes far enough to see that music from around the world can connect the world. When you hear music from India you gain a sense of peace and tranquility. When you hear music from Africa it's inspiring and heartfelt. When you hear Jigs and Reel's from Ireland it takes you back to centuries ago where people where happy and made music and danced to it. There's a really deep meaning to music from all over the world, it's important to preserve as much as that as possible. I am in my own way trying to preserve it by writing music in these styles and presenting them to people in a rock fashion so they can better connect with it. I have an instructional video coming out in 2015 with True fire (instructional video company) in which I will teach 10 musical solos from around the world . It's almost done and I'm excited for people to learn some history with each style too, I think it'll really help guitarists and inspire them to open there eyes to all the great music out there that we never listen to. World music isn't played on mainstream radio, you have to go and find it and see what really moves you personally.

I love blues music. I have a very real and honest connection with it, I love playing different styles of blues. Mississippi delta stuff, Texas blues, Chicago blues. I really love playing slide guitar and I remember listening to albums of Howlin' Wolf, Freddy King and BB, Robert Johnson and all those guys. I still get chills when I hear Robert Johnson. The music is real. I remember the first time I heard African blues musician Ali Farca Tour, I was blown away. This wasn't blues from America but Africa, and you could hear his stories through his music. Songs of pain, joy, and transitions in life, that is the blues to me, not a Fender Strat with special pickups or a certain amp or even dressing a certain way. It's in the music, the stories, all of it. I like the saying, “Blues is nothing but a good man, feeling bad”. We can't label what some consider “real” blues music from one region in the world, it exists everywhere.

Why did you think that the Northern Indian classical music continues to generate such a devoted following? 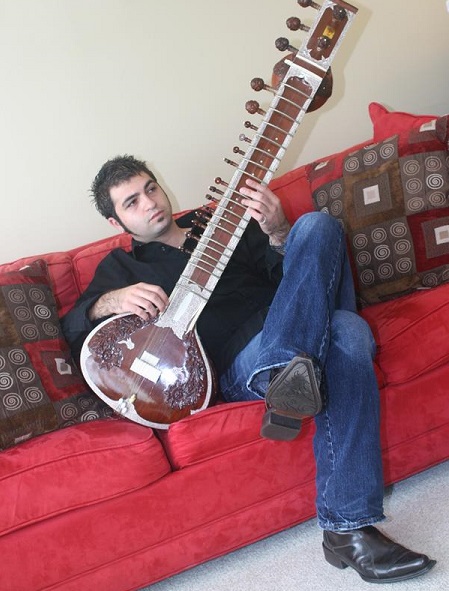 I have been studying Indian classical music for a long time. I love everything about this music and the amount of devotion and discipline the players have is unbelievable. It's not just music to them, it's a way of life. Indian music has the most vocal like quality than any other music in the world in my opinion.

When you hear and an Indian musician playing, whether on Sitar, Sarod, Sarangi, or even a western guitar, (as it happens now). You can hear a voice singing through the instrument.   (Photo: Tony & his sitar)

The opportunity for artists who aren't in the main stream to have an outlet to perform. So many great artists out today, new up and coming musicians who need a chance to shine, Of course, selling records is very important, but there's so much potential out there if new artists had a platform to show what they have to offer.

I love some electronic stuff, but let's be real, spinning a record is not musicianship. It doesn't account for thousands and thousands of hours of practice with an instrument. A friend showed me concert recently of a DJ spinning records to 20,000 people in the rain at some huge festival. We are all different and have our own tastes, but I just don't understand how people can sit and listen to that for more than 15 minutes and get the same feeling from listening to a great live concert with real musicians. Back when I was growing up, I felt moved when I heard Deep Purple, Jimi Hendrix, or Pink Floyd. That was real music. The one current band I really do like is Muse. Matt Bellamy is a prolific songwriter, musician, and singer. I personally miss hearing musicality, harmony, and melodies. I'm a huge classical fan, Bach Is my favorite composer. We are missing virtuoso musicianship. Back in his time it was not shameful to be at a virtuoso level on your instrument. Actually, it was really respected. Times have changed, and although appreciation is coming back to people who dedicate their lives to the instrument, for a long time, it was not taken seriously.

"I remember the first time I heard African blues musician Ali Farca Tour, I was blown away."

I would love to visit the Baroque era, this is a time where things were really artistic. Not just in music, but in Art, Architecture, and Theater as well. I love this period of time and its music. When I hear Bach's Goldberg variations or Fugues, I can simply close my eyes and really imagine myself there. What an amazing period in time.