Talking with drummer Brit Turner of Blackberry Smoke: Lifes too short to not do what you love to do.

"I feel like the 70’s were probably a great time to discover music without feeling like you were being forced to watch a commercial about it."

The members of Southern Rock quintet Blackberry Smoke, from Atlanta, Georgia, are no strangers to hard work. Playing up to 250 dates each year, the guys are on the road more often than not, and they’ve seen tangible results of their labor. The band has toured with and befriended idols such as The Marshall Tucker Band, ZZ Top (with Billy Gibbons jamming with the band on a Florida stop), Lynyrd Skynyrd and George Jones. The band was even asked to play for Jones on his 80th birthday, not long after the country legend turned in a guest appearance on the band’s sophomore album. Mixing elements of gospel, bluegrass, arena rock, soul and more than a touch of outlaw country, Blackberry Smoke has earned a passionate fanbase that continues to grow as the band itself evolves. The band is as blue collar as the bandanas its members wear. "The Whippoorwill", is the band's debut album for Zac Brown's Southern Ground label. The lineup consists of Charlie Starr (Lead Vocals, Guitar), Richard Turner (Bass, Vocals), Brit Turner (Drums), Paul Jackson (Guitar, Vocals), and Brandon Still (Keyboards).

What first attracted you to the Southern Blues Rock & what does “Southern Rock” mean to you?

It is what I grew up listening to on the radio in Georgia.

I feel like I am good at working with a group of people.  Teamwork is important and I think everyone involved brings something to the table.

Music, well that’s the pay off. You can sit down and listen to what you have created and it will always represent that moment in time.

What characterize the sound of Blackberry Smoke?

Everyone playing together in this band has built the character.

How do you describe Blackberry Smoke’s philosophy?

Lifes too short to not do what you love to do. 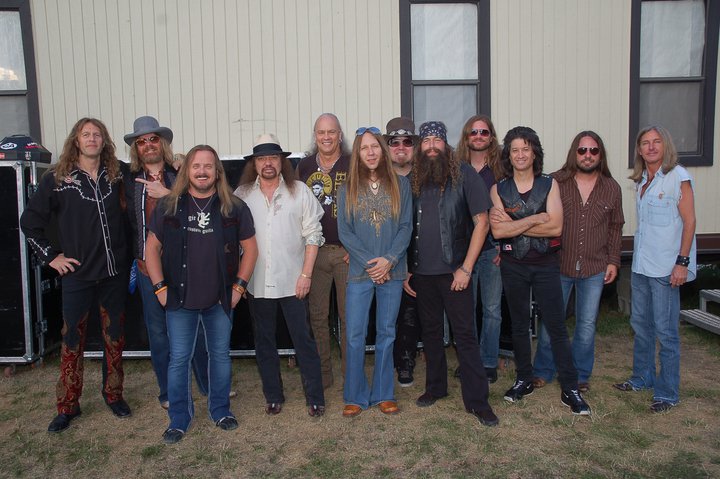 Would you mind telling me your most vivid memory from the road with Blackberry Smoke?

Having Rickey Medlocke and Gary Rossington watch our show from the side of the stage. 2004 in Dallas, TX.

What are some of the most memorable stories from recording time with the band?

Doing a recording session with George Jones. George listened to the playback and said, “Now THAT’S what fucking country music is supposed to sound like!”

Having Billy Gibbons sit in with us in Florida and play. It was like a dream come true.

Which memory from Billy Gibbons makes you smile?

When Billy snuck up behind me during sound check and asked if he could play my drums. Lets just say when the band turned around to see Billy behind the kit…. We all got a great kick out of it. 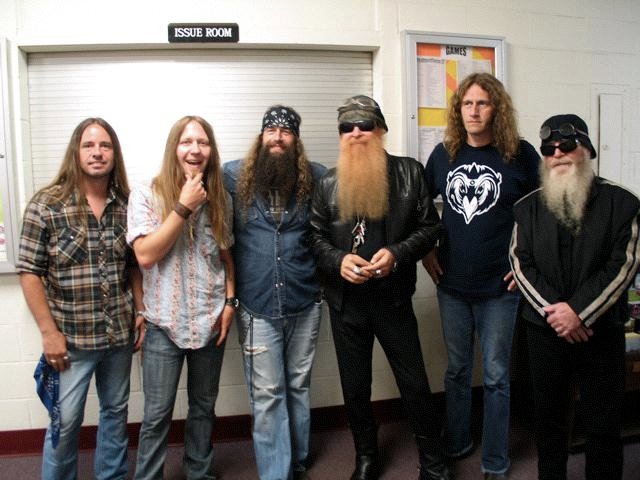 I can’t really pick a “BEST” moment because there have been so many great things…… The worst moment was when Doug Gray of Marshall Tucker drug me up on stage to sing AND I CANT SING WORTH A DAMN. !!!!!

It is honest music with melody that people can relate to.

I think I have learned a lot about music from The Black Crowes. I really like the way that they grow musically with every record. They continued to play what they feel rather than follow any popular trend.

What would you say to Stones, Ronnie VanZant; and Skydog?

I would say thank you to them all for the great timeless music they have created.

What is the “feeling” you miss most nowadays from the 70s SOUTHERN ROCK era?

I feel like the 70’s were probably a great time to discover music without feeling like you were being forced to watch a commercial about it. I seemed like it was more about the music than a look or a profit.