"When you hear them you can probably trace some back to Homer. Not that Robert Johnson or Skip James knew about Homer but they seem to have the same deep connection."

Born in New Orleans, living in California, and recently named Musician of the Year in Fresno Magazine's online poll, Glen Delpit has been mining the roots of American Music with his bluesy and folk oriented slide guitar style for more than 35 years. His vocals have been characterized from Deep Delta to Van Morrison and his original songs have been described as literate and poetic and can take their place with the finest American songwriters. 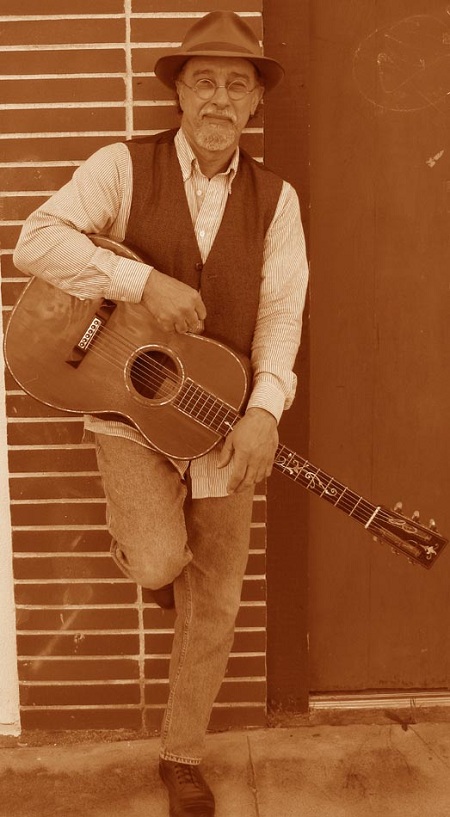 His music also covers a wide spectrum of pre-war blues from Willie McTell to Robert Johnson. He has opened for many American Music legends such as John Lee Hooker, Bo Diddley, Leon Russell, Brownie McGhee, Pinetop Perkins, Katie Webster, Booker T., Marshall Tucker, Alice Stuart and many, many others. He has also shared the stage with many prominent American Roots artists like Dave Alvin, Jackie Greene, Peter Case, and countless others.

Glen Delpit and the Subterraneans specialize in Bluesy American Roots Music. They employ bits of Blues, Folk, Rock and Country in a driving sound that is all original in content. The Subterraneans are; Dean MacDonald, Joe Luppino, Chris Eacock, John Suhr and Glen Delpit.

When was your first desire to become involved in music and visual art?

I first started drawing in High School. Mostly hot rods and such and I realized I had some sort of talent for that. So I studied art in college (starting in 1966) and naively thought I might make a living doing that. I’ve always loved music and starting in the fifties my first favorites were Chuck Berry and Little Richard, always loved the more rock and roll and r& b stuff than the Elvis sides, but I never even gave a second thought to playing music. I came of age in the 60’s and then I used to carry a guitar around not knowing how to play the thing really, but wanting to learn. I worked in record stores in the late sixties and moved to the Bay Area in ’69. I fell in with some co-workers and roomed with them and they knew a few chords on the guitar and they showed them to me. The rest is as they say “history”. I moved back to Fresno and again worked in record stores and started woodshedding on the guitar (all credit to my friend Mike Kelly for opening my eyes). I was always painting but not really showing my work anywhere just trying to find a style I liked.

Well first of all, I don’t consider myself a bluesman by any stretch of the imagination. I reserve that for the B.B. King’s and Buddy Guy’s, people who have really lived that life. My music is based on blues and folk forms and I use those to write my songs. I spent a lot of time playing what most people call Country Blues and grew up loving that music. I just play my own songs today but much of it is based on that. Blues to me is an expression, a deep expression of the soul. I think of my music as bluesy and folksy. Singer/songwriter bluesy but not just Blues music as such. 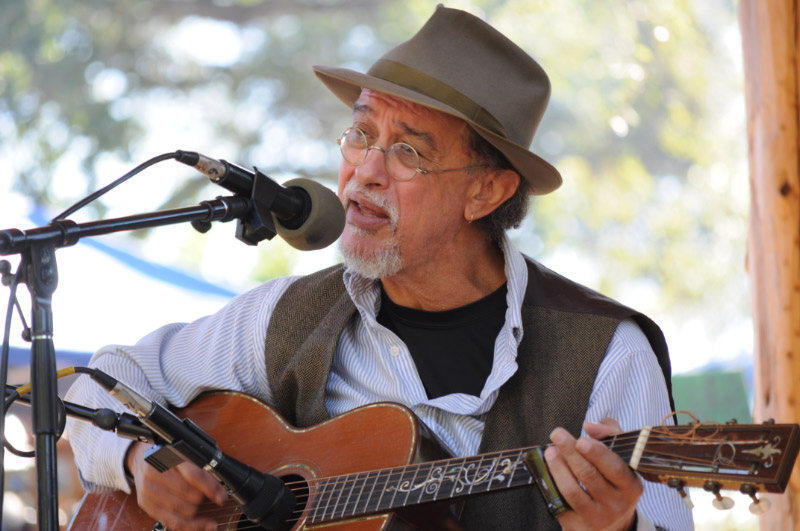 "Ars longa, vita brevis (Art is long, Life is short). Art will be here forever and it’s always changing. I don’t have any fears for it."

How do you describe Glen Delpit sound and progress, what characterize your music philosophy?

Well as I said I started out playing country blues and progressed into writing my own songs but using those forms (and folk and rock). I use the early folk and blues forms for my solo music and the Chicago style blues and blues rock forms for my songs with my band The Subterraneans. To categorize it, the band takes it’s sound from a mid-sixties Dylan/Band bluesy singer/songwriter style. As for a philosophy, well I guess it’s more live and let live.

Interesting period in my musical life? Well that could be right now. Very, very happy with the way things are going. The band is just terrific, lots of work (solo and band) and still a very creative time. I probably wrote more songs in the mid to late eighties but I’m still writing a lot. Faulkner said every writer has a white hot period and then they cool off, but I’m still writing. Best career moment? Playing with Bo Diddley. We were his back up band up for a gig and it is definitely the highlight for me. He was very gracious and a very funny guy too. We also opened the show.

The music is timeless., and people love icons. It has a deep deep history that people are still unraveling. The Blues music scene today is much different than in the fifties and early sixties before the white audience revived it. It’s always been a singer’s genre, telling a story. Today at blues festivals the ones who garner the most attention are the guitarists or harmonica players who can play a hot solo and go on forever. The dynamic of the music has shifted a great deal, but it has also kept it alive. Rather a double edged sword. Personally I prefer the songs of Muddy or Wolf to the flashy and never ending licks I hear nowadays. "Playing with Bo Diddley. We were his back up band up for a gig and it is definitely the highlight for me. He was very gracious and a very funny guy too." Photo by Don Priest

We seem to learn from all of our meetings whether good or bad and as far as advice “just be yourself”.

Are there any memories from John Lee Hooker, Brownie McGhee, Katie Webster which you’d like to share with us?

They were all good. Just being able to open up for them was a treat. Brownie McGhee was very kind.

Mostly Bo Diddley. During one of the first songs he played a fan called out, “hey Bo, when are ya comin’ back?”

What do you miss most nowadays from the music of past? What are your hopes and fears for the future of art?

I think in the sixties a regional band could get a lot of airplay on radio. In the words of Blind Blake, “That’ll never happen no more”. Ars longa, vita brevis ("Ὁ βίος βραχύς, ἡ δὲ τέχνη μακρή" / "Art is long, Life is short" - Hippocrates). Art will be here forever and it’s always changing. I don’t have any fears for it. As for the future well as Son House sang, “Ain’t no heaven, ain’t no burning hell, where I’m going can’t nobody tell.” In other words nobody knows what the future will look like.

What are the differences between: a musician and a visual artist? How close are the colors with the notes? 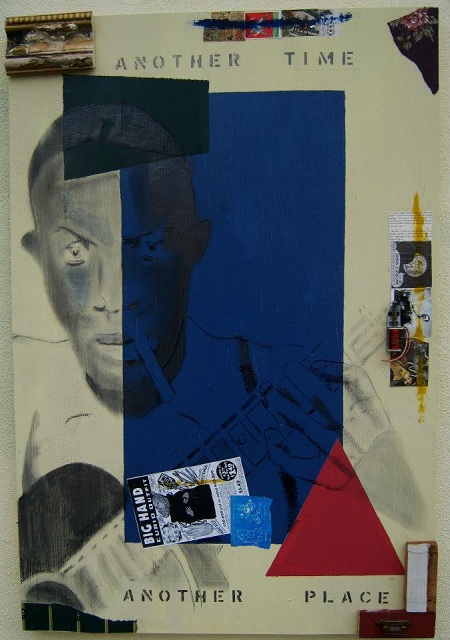 Both are working in a creative field, obviously working with very different materials. As a musician you can perform a lot more and recognition can come instantly at times. I could go out on a street corner and play music and people would acknowledge that right away. Painting is much more solitary and you may not show your work for years if at all. Colors and notes? Haven’t really given it much thought to tell you the truth.

You are also known of your artwork. Tell me about that? How has the art changed your life?

I started out as a painter and I sort of fell into music. Turns out I could sing well and I knew how to write songs and learned how to play guitar (esp. bottleneck style early blues) and it’s really worked out well. I love performing for folks especially when they appreciate and recognize what I’m doing, but sometimes when I’m in my studio painting and working hard I reach a moment when I say to myself, “This is really what I was meant to do.”

Lots of writers and different events too numerous to mention really. My songs just come to me. I’m not one of those writers that can sit down daily and just write. They are just on the wind and come as inspiration inspires me.

You have pretty interesting posters. Where did you get that idea? What is the relationship with psychedelic 60s art?

As I said I grew up in the sixties and went to the Fillmore and Winterland Ballrooms all the time. Loving art as I did I just was enthralled with the posters from that era. I’ve done my best to try and honor them and keep that style alive. I just really love doing posters in that sixties Fillmore style, what can I say?

What are the lines that connect the legacy of Blues songs with poetry and continue to folk literature and beyond?

Well all the blues lyrics have a long history in literature I believe. When you hear them you can probably trace some back to Homer. Not that Robert Johnson or Skip James knew about Homer but they seem to have the same deep connection. Like they were breathing the same air. The same obviously with Dylan although he is aware, and much more conscious of the connection. It’s just one long song, and like T.S. Eliot said, if you’re going to steal (and EVERYBODY does) steal from the best. 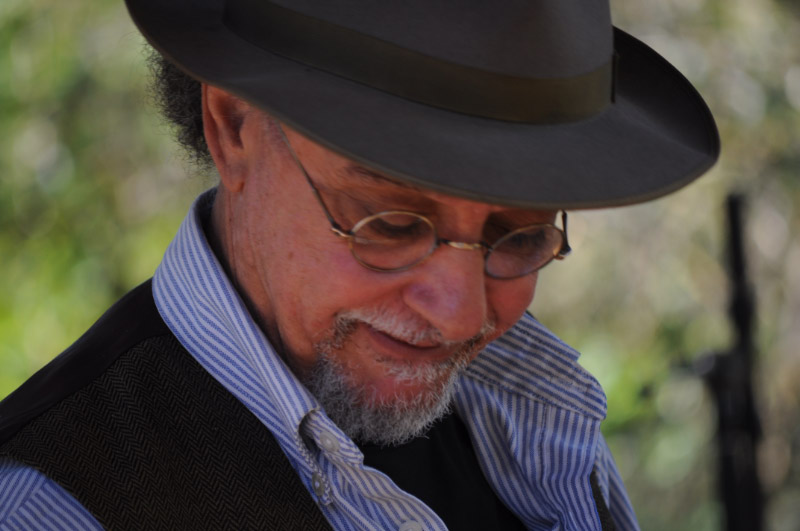 "The music is timeless., and people love icons. It has a deep deep history that people are still unraveling. The Blues music scene today is much different than in the fifties and early sixties before the white audience revived it."

Like Howlin Wolf said, ”when you ain’t got enough money to pay the rent, you got the blues. And when you cain’t put food on your table or pay the rent, you damn sure got the blues.” So yes I think the blues still exists. The dynamics of the music have shifted a great deal. From a black audience to a white one, from a singers genre to flashy pyrotechnics on a given instrument. Muddy Waters said “These young kids can play rings around me, but they’ll never be able to sing the blues like me.”

Too many to pinpoint just one.

Again, way too many choices here. But on a personal note there is a day I would go back to a dozen years ago or so

If I could, and take back some words I said to someone. Unfortunately it can be done. Let’s just leave it at that. 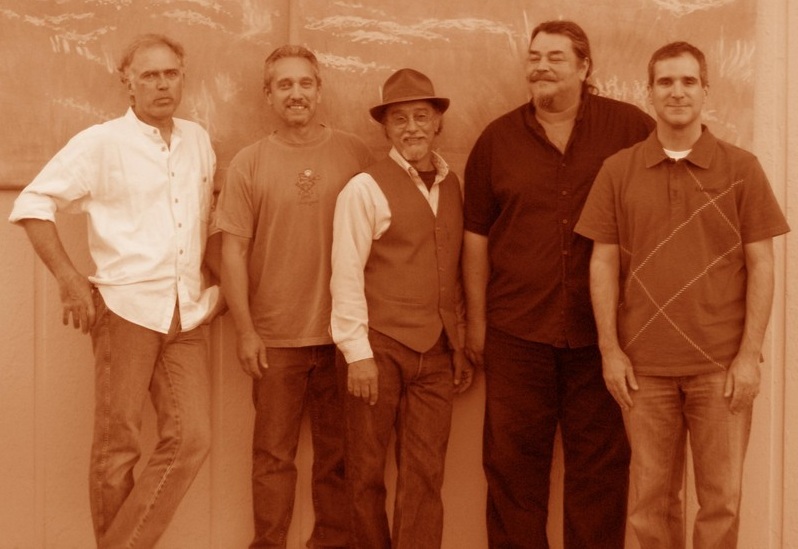