"The Blues is the basis for everything that excites me about music. When I’m listening to the Blues or playing the Blues, I am the most “at home” and the most natural."

Scott Holt: Nothing Is Off Limits!

The American South has an incredibly rich musical legacy – the genesis of Jazz, cradle of Rock and Roll and birthplace of The Blues. Lanky, tattooed Tennessean, Scott Holt has been a bearer of the Blues torch for his entire career. Born and raised in Tennessee, Texas and Mississippi, after beginning his musical journey relatively late, at 19 years old, Holt jumped on the fast-track by joining his friend and mentor Buddy Guy and playing guitar for 10 years during the most successful period of the Legend’s career. In addition to his tenure with Buddy and playing on the GRAMMY winning record Slippin’ In, Holt’s 7 solo records’ have established him not only as a six-string powerhouse but also as a penetrating and soulful storyteller. Through the countless hours and miles on the road, criss-crossing the country, Scott has developed a reputation as one of the most exciting live acts in the world. 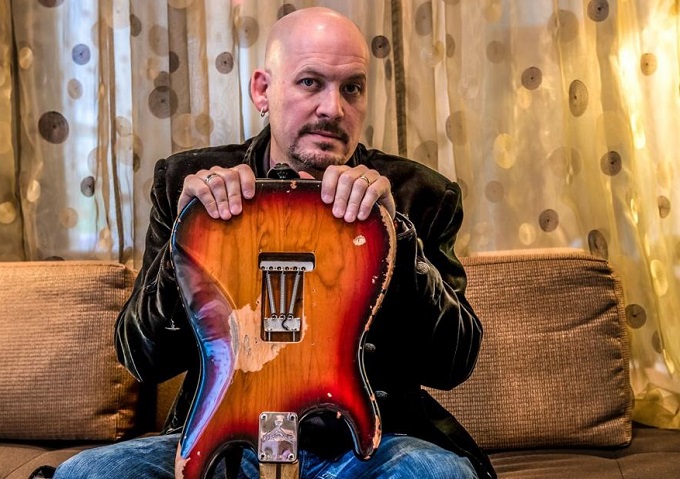 The official motto for the band, as found on their merchandise, website and liner notes to their CD’s is; LOUD IS GOOD. Scott explains his philosophy this way. The spirituality of music is an important aspect of who Scott is as an artist. Holt caught rock ‘n’ roll fever when he was boy and his parents took him to his first concert: Elvis Presley. Today, in addition to his own flaming guitar logo and his wife and daughter’s names, Presley’s trademark “TCB” with lightning bolt logo is tattooed on his left arm – a symbol of Holt’s fandom and work ethic. He also wears a tattoo of Jimi Hendrix. His first instrument was a cheaper electric, but with the help of a Hendrix savvy instructor Holt was on his way, developing the rudiments of his style. In much of Scott’s work, you can hear echoes of Hendrix’s stinging vibrato and wah-soaked stringing booming through “Wicked Grip,” a dark-edged unadulterated rocker, and within the shimming chordal architecture of the “The Fool”, both songs from Scott’s most recent recording KUDZU. There is no question Holt has diversified his pure talent over the course of 7 records and countless miles on the road. While blues remains at the core of his being, he is evolving as an artist. His music is a reflection of his own character as both a man and an artist, growing every day.

What do you learn about yourself from the Blues & Rock n’ roll culture and what does the blues mean to you?

The Blues is the basis for everything that excites me about music. When I’m listening to the Blues or playing the Blues, I am the most “at home” and the most natural.

How do you describe Scott Holt sound and songbook? What characterize your music philosophy?

I patterned my guitar tone after my favorite female vocalists; Aretha Franklin and Annie Lennox. I also listened to them for phrasing. As far as my songwriting goes, I try to create images that resonate with the listener, kind of like “little movies”. My music philosophy is simple; NOTHING IS OFF LIMITS! 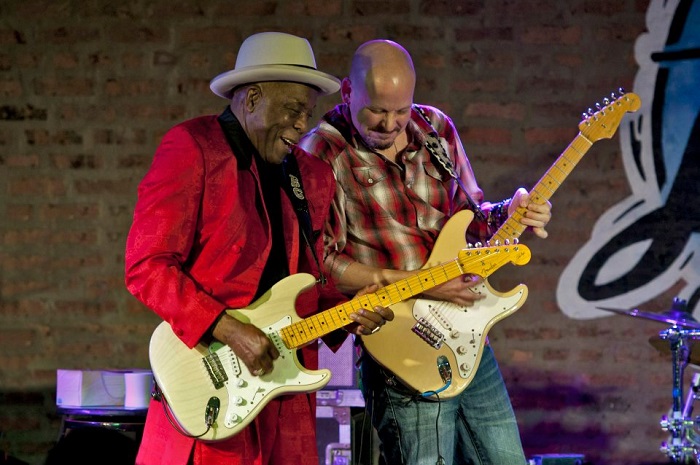 "I miss all of the icons that have passed on; Junior Wells, John Lee Hooker, B.B. King, Albert King, Albert Collins, I was fortunate to get to know all of them as people and to gain great guidance and advice from them all and I miss them." (Photo: Scott Holt & Buddy Guy jammin on stage)

Meeting and becoming friends with Buddy Guy was the most significant point in my career. If it wasn’t for Buddy, I would have never gotten my start. Buddy gave me lots of great advice which I still use to this day but I guess the biggest was to always be yourself, don’t try and pretend to be something you’re not because the audience will know.

Playing with Eric Clapton, sitting in a dressing room with Buddy and B.B. King, visiting John Lee Hooker at his home, playing Wang Dang Doodle with Buddy, Koko Taylor and Willie Dixon. I been extremely blessed!

I miss all of the icons that have passed on; Junior Wells, John Lee Hooker, B.B. King, Albert King, Albert Collins, I was fortunate to get to know all of them as people and to gain great guidance and advice from them all and I miss them.

I wish American audiences had more respect for music and all of the arts for that matter. 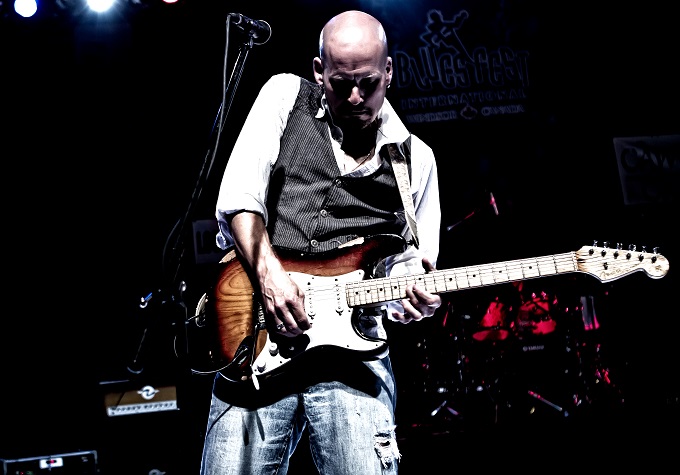 "Music has tremendous power. It has stopped wars, brought understanding to people and awakened and inspired people’s hearts and minds. It transcends all barriers. Without music there’s nothing."

What are the lines that connect the legacy of Blues from Southern juke joints to bars/clubs of States and Europe?

I think that it took the British Blues players and bands (the Rolling Stones, John Mayall, Eric Clapton, Peter Green, Mick Taylor, Rory Gallagher, etc) to bring attention to the art form for American audiences and to gain admiration and respect for the originators.

I’m always amazed at the devotion of the Blues fans and there’s always a lot of laughter and great vibes.

Music has tremendous power. It has stopped wars, brought understanding to people and awakened and inspired people’s hearts and minds. It transcends all barriers. Without music there’s nothing.

Probably 1936 in San Antonio or 1937 in Dallas to watch Robert Johnson record.