"Well Blues was a part of my life growing up like rock-n-roll. They were intertwined into the culture that also defined 'American Music'."

Tex Mix of people and Culture

Without reservation one of the most exciting live blues bands touring today Memo Gonzalez & The Bluescasters combine authentic Texas roadhouse blues with swing and rock 'n' roll influences to deliver one hell of a live performance. Their collaboration started in 1995 and resulted in more than 1,000 shows in European clubs and on international festivals. Memo Gonzalez, who hails from Dallas/Texas, and his continental colleagues have worked hard for their inspiring sovereignty which has been stirringly captured on "Live In The UK". The album was recorded at various concerts during a tour through England and confirms in evidence Memo Gonzalez & The Bluescasters excellent reputation as a dynamic live band. 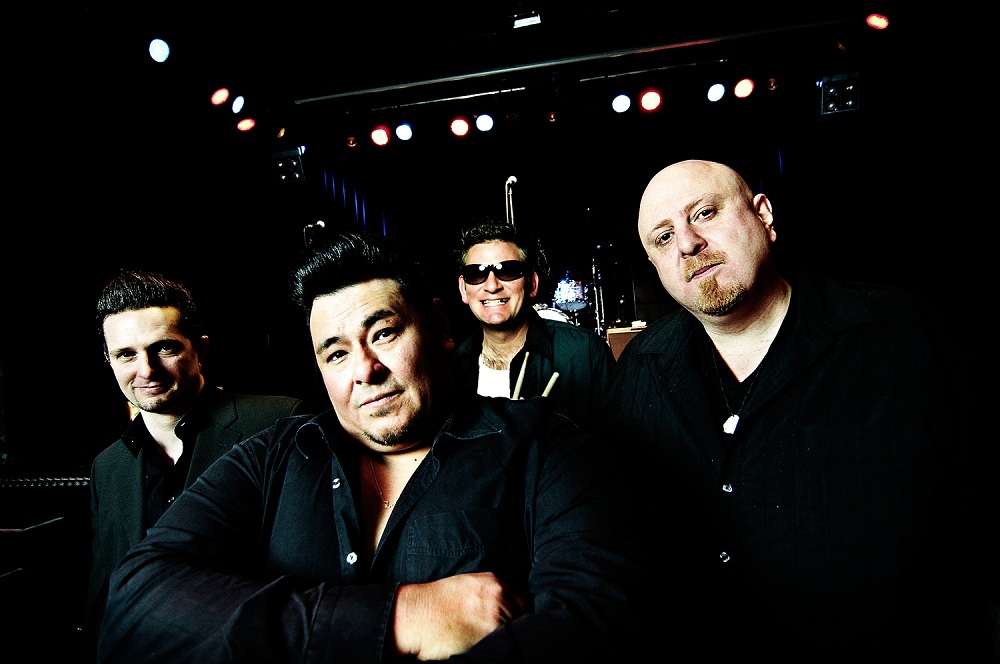 The band's history started at the end of the 1980s when Kai Strauss formed the Bluescasters. Already in their early years, the band was invited to perform at festivals, all over Europe. In 1995 the first CD was released, Drivin' With … .

6,000 kilometers away, Memo Gonzalez milled new facets into Texas Blues, supported by Paul Size, Johnny Moeller, Jim Suhler and other guitar greats. After an impressive 'Texas Harmonica Rumble' in Utrecht, The Netherlands ,The Bluescasters invited Memo Gonzalez to join them on their European tours. The debut album Let's All Get Drunk And Get Tattooed was released in 1996. Ten years later the XXL-Texan with the genuine rock'n'roll pompadour easily controls every stage he's on and continues to defend his heavyweight harmonica champion title with every performance.

Memo, when was your first desire to become involved in the music and who were your first idols?

I never really had any idols to speak of. In my working class neighborhood we had all kinds of musical influences we had Cajuns from LOUISIANA and Tex Mex polkas and Ranchero music and Country and of course rock-n-roll and Blues. I grew up around Love Field airport and old WW1 airbase turned into a city airport when Dallas grew and surrounded it. The Mexicans and whites lived on one side of the airport and the Blacks lived on the other side. I was a loner from the beginning being that I was a "middle kid" and my parents were always worrying about my older sister and brother and my younger brother so I was left pretty much to myself. Being the "adventurous sort" and racism was pretty much the norm growing up, a lot of the times the white kids couldn’t or wouldn’t play with me, so I would ride my bike to the black side and play with the kids there that I knew at school. On a hot summer night I would sneak out at night after my family went to sleep and I would ride over on my bike and play with my black friends and there was a local dive there and they had live blues music there. I had first heard that music on the radio but my dad didn’t like us listening to it or rock-n-roll. My uncle played drums and I used to hear him with his band when we would sometimes go to my cousins’ house. They´d make us kids go and play while the parents drank and danced. I would hide in the bushes and watch them and I knew that I was going to be a musician someday.

What was the first gig, you ever went to and what were the first songs you learned? 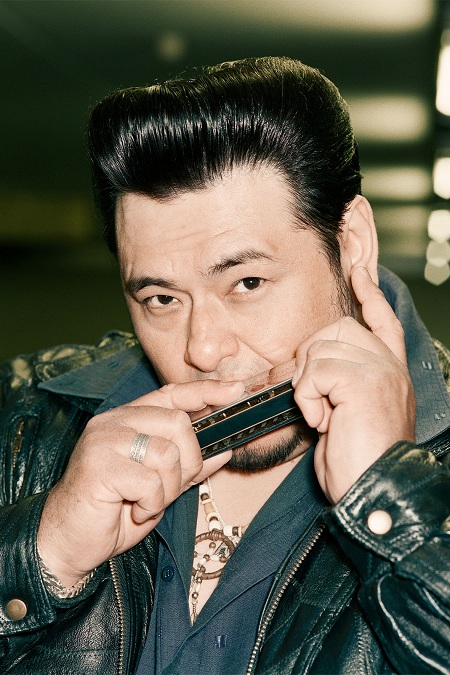 At the time I was six we had an old piano I could play, so I would play that thing till my dad came along and threw me outside to play ball with my brothers and friends. Then I would sneak back in and start banging away on that piano so he kind of knew what I liked to do, though him and my mother were always trying to discourage me from being involved with music. I never knew why till later, I thought it was because my Mom was Deaf, but it was later on I knew the real reason why. I begged my parents to let me learn music so at 10 they let me take piano but a few months later they started teaching other instruments and I begged my parents to let me play trumpet. So I started playing the trumpet and man did I love it ! By the time I got to junior high (8th and 9th grade) I was good enough to join the school band but I hated the band teacher a real up tight white guy by the name of Mr. Fawkus It was the most depressing time of my life. Even worse than all the beatings from nuns I took when I went to catholic school because this guy made music suck! I was going to get out of the band but the following year as I was walking up to the band room I saw some of the white girls in the band peeking into the room and giggling and they were saying "Mr. Fawkus isn’t here we have a new band teacher and he´s Black"! I went in and I don´t know... I think there were angels singing the "Hallelujah Chorus" and there was sun shining through his giant afro and there stood another chance at happiness, Mr. Watson .He told us right off that we would be a marching Soul band like Grambling State University, so he really inspired us to excel. I was buddy, buddy with a drummer whose parents had known my parents so we were standing around one day and he said let’s start a band outside of the school band and we did, his brothers played guitar and piano so with me and another trumpet player and a sax player and a singer we started doing songs like "Just my Imagination and "Beginnings" by Chicago and "Satin Dolls" just to name a few. Our first gig was for the P.T.A. a bunch of parents , but when they opened up the curtain the auditorium was full of students who were cheering for us and we "Rocked the HOUSE"!!

What made you fall in love with Blues music and what does it mean to you?

Well Blues was a part of my life growing up like rock-n-roll. They were intertwined into the culture that also defined "American Music”. When I was growing up in the south, Blues, rock-n-roll and Tex Mex, Country and Cajun defined who we were, Dallas, Texans. The reason I say Dallas Texans is because at that time Dallas was growing and a "melting pot" of people and Culture. I really believe at that time, no other city or part of the country offered all the different, types of music. We were even exposed in a major way to Classical and Opera. Dallas and Ft. Worth was considered the third largest concert tour stop over in America. 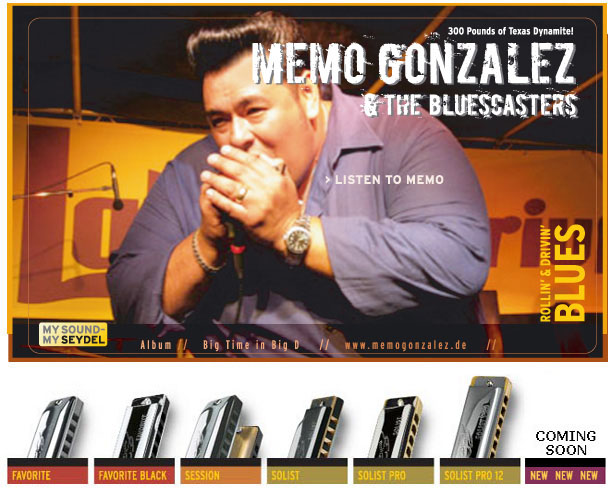