Texas Bluesman Rev. KM Williams talks about Elmore James and his travels on the road of Real Deal Blues

"Blues music is a music about life as it is, so whatever happens in this life can be related to a blues song; Happy, Sad, love, joy, hate, winning, losses, loneliness, etc."

The Reverend KM Williams born in Clarksville, Texas October 19th, 1956 as KELVIN MARK WILLIAMS. He's a true blues genius and a fast rising star in old school Texas Boogie Blues, carrying on the traditions of the great Texas bluesmen such as Lightnin’ Hopkins and Blind Lemon Jefferson. Raised in Red River county of East TX, Williams played his very first guitar licks as a mere toddler sitting in the lap of the great Elmore James. From that auspicious beginning, Williams built his musical chops in church performances steeped in gospel and R&B. Though he plays several kinds of guitar, the most distinctive instrument in his arsenal is an electrified Diddley bow, a fretless one-string instrument that has its origins in African slaves who fashioned a string of bailing wire to a wood plank and a hallowed out gourd, which when played with a bottle produced the familiar sounds of a blues slide guitar. You can hear both the Diddley bow and Williams’s distinctive baritone voice on his newest album, The Real Deal Blues, set to be released on October 14 by Cleopatra Blues. KM Williams enthusiastically proclaims that this album is “a totally unique blues recording that is both very modern and retro at the same time. This is the most amazing CD I have ever done!” 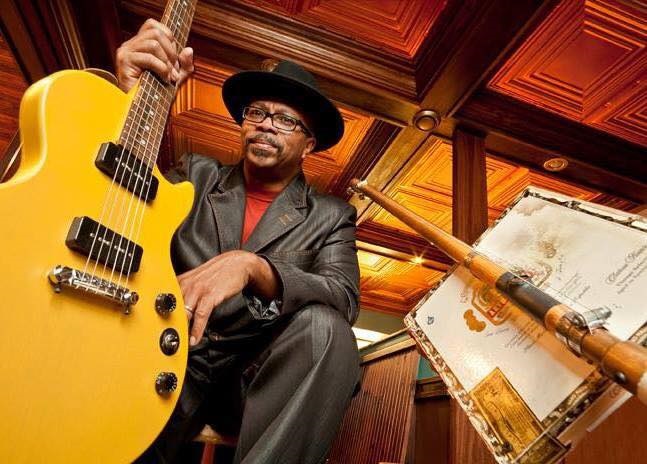 Williams is also the subject of “The Real Deal Blues,” an extraordinary new short film. Shot by Jay Gillian in the Deep Ellum area of Dallas, a historic blues district where Blind Lemon himself used to busk, this documentary tells Williams’s story while simultaneously telling the story of Texas blues through narration as well as electrifying performances of Williams and his band members, including drummer Washboard Jackson and Blues Music Award-winning harmonicist Deacon Jeff Stone. True to the blues tradition, the stages are modest, sparse, with nary a dance choreographer, Marshal stack or pyrotechnic in sight, yet the performances are no less riveting. This is authentic blues music played with passion and purpose. As Williams himself puts it, “If you want to make money, you need to become a pop musician, not a blues musician. This music is about life and it’s about feeling and about expressing those feelings and having people digging what your doing.”

Blues music is a music about life as it is, so whatever happens in this life can be related to a blues song; Happy, Sad, love, joy, hate, winning, losses, loneliness, etc.

When was your first desire to become involved in the Blues music and culture? How has changed your life?

At a house party in DeKalb, TX when a bluesman believed to be Elmore James was performing; I was around seven or eight years old. It changed my life.

What do you learn about yourself from the blues and what does the “Blues” mean to you? How do you describe KM Williams sound and progress, what characterize your music philosophy?

My Sound is honest and real; full of life! I sing about life as it is.

I really enjoyed my tour in Israel earlier this year.  The worst time was my divorce and job loss in 1996 prior to me starting my first blues band. The Best is yet to come!

How do you describe “The Real Deal Blues” sound and songbook? What characterize the philosophy of ‘Real Blues’?

Real Deal Blues not just made up for show but real life events and facts that make up a song put to groove that relates straight to heart, mind and Soul.

Which acquaintances have been the most important experiences for you? What has made you laugh and smile?

As explained in my Documentary, my initial experience with Elmore James introduced the blues to me, music that is both soulful, groove oriented and heartfelt. I relate my life experiences and influences to blues.

Do you remember anything funny from your studies behind Elmore James?

He says ”do you want to play guitar boy! I said “Yes sir!” so my five minute guitar lesson started and ended which changed me forever!

The second jam I have in Cleveland formed the nucleus of my first band; “KM Williams and the Blues Train” back at the end of 1996! Outside of the Israel and European tours; My Band played the 2010 Chicago blues fest and Main staged the 2012 Chicago blues festival! "The old Blues of Blind Lemon and Lightnin Hopkins come directly out of the ground and connect to the soul of a man in the simplest way; through the heart and soul via a heartfelt voice backed by utterly raw guitar groove and notes."

Just be real on stage and communicate real feelings!

In 2004; My band “Trainreck” recorded at the historic WROX studios in Clarksdale, MS (now a museum) where Elvis Presley, Ike Turner and Robert Nighthawk sang on the Radio in the nineteen fifties! The CD was “The Train keeps A’ Rollin”.  A DVD   called “One Day in Clarksdale” was also produced from that session!

From the musical point of view what are the differences between: a solo acoustic artist and electric band?

What do you miss most nowadays from the old day of Blues?

Originality in the bands and artists! Most modern bands today are just copycats!

What are your hopes and fears for the future of Blues music and culture?

As long as there are people, there will be blues music in some form.

Which memory from the late great Robert Lockwood Jr and Little Milton makes you smile?

I asked Robert Lockwood about Robert Johnson; He replied to me” Can you play “Kind-hearted Woman?” I said yes, so he said ”you will be alright”. Little Milton was a consummate professional on stage and off, and very nice! That is what I remember about him. 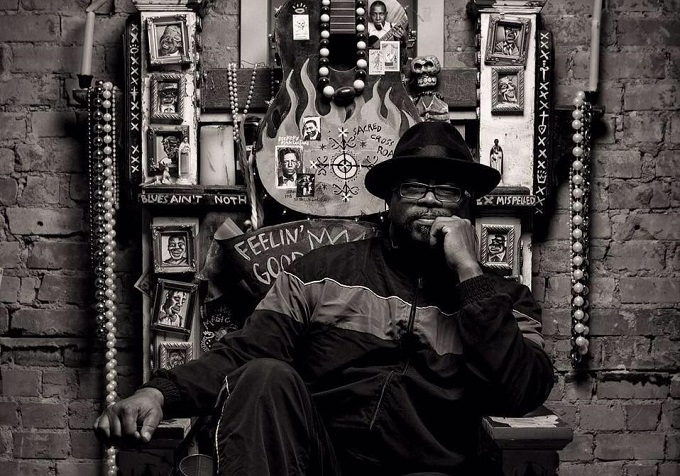 "The Diddley Bow is the ancestor of the cigarbox guitar. It came over to America from Africa during the slave trade. The resophonic comes from the Hawaiian lap steel guitar which is also used buy a lot of country music musicians."

Blues is the roots; everything else is fruits!

Yes! Lots of great, good blues coming out of North Mississippi ; plus a new movement called “Deep Blues” which primarily comes out of the deep Blues festivals that started around 2007 feature young artists who are influenced by great North Mississippi artists RL Burnside, Junior Kimbrough; and Delta artists like T-model Ford!

Get rid of all fake, unsoulful, computer driven beats and songs in music! Real Music comes from the heart, mind and Soul!

What are the lines that connect the legacy of Blues from Lightnin’ Hopkins & Blind Lemon Jefferson to KM Williams?

The old Blues of Blind Lemon and Lightnin Hopkins come directly out of the ground and connect to the soul of a man in the simplest way; through the heart and soul via a heartfelt voice backed by utterly raw guitar groove and notes. Rev KM Williams is a direct musical lineage to these great musicians! I grew up the same way as these Men.

What touched (emotionally) you from the history and sound of Diddley Bow?

Refer to Cleopatra blues Documentary "the Real Deal Blues", I explain in debt about the Diddley bow! It's a very simple instrument that can only be played heartfelt. "I really don't know what the social and cultural impact of the blues is, it just expresses the truth about LIFE; good, bad or indifferent."

Do you know why the cigar box and resophonic guitar is connected to Blues and what are the secrets of?

The Diddley Bow is the ancestor of the cigarbox guitar. It came over to America from Africa during the slave trade. The resophonic comes from the Hawaiian lap steel guitar which is also used buy a lot of country music musicians.

You have traveling all around the world (Israel) and USA. What are your conclusions about local scenes?

They are all very active, I think. I enjoy them all where blues scenes are active.

I really don't know what the social and cultural impact of the blues is, it just expresses the truth about LIFE; good, bad or indifferent.

Blind Willie Johnson, my hero! Would love to meet him and listen to him play and sing! Thank you and God Bless! 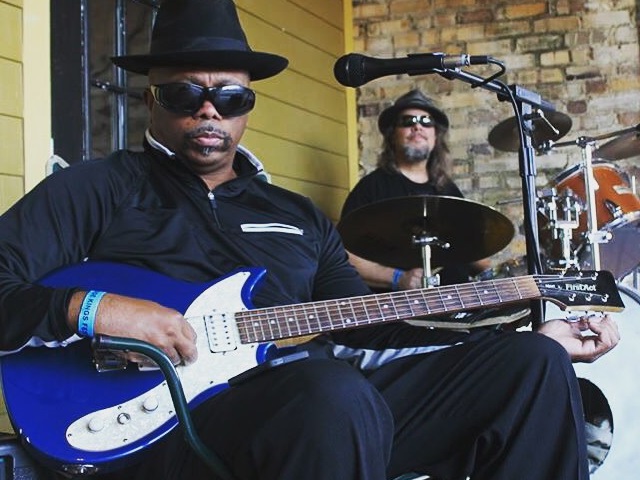