"The music lifted our spirits and gave us a soundtrack for living."

The laughing Buddha of Compassion and Peace

Wavy Gravy is an American entertainer and activist for peace, best known for his hippie appearance, personality and beliefs. Wavy (born Hugh Nanton Romney)  founded and co-founded several organizations, including Camp Winnarainbow, the Seva Foundation and the Hog Farm, an activist commune. He was also the official clown of the Grateful Dead and has two radio shows on Sirius Satellite Radio's Jam On station. A major film documentary on Wavy Gravy's life, Saint Misbehavin': The Wavy Gravy Story, was released in late 2010 by Ripple Effect Films. The film, directed by Michelle Esrick, received excellent reviews. 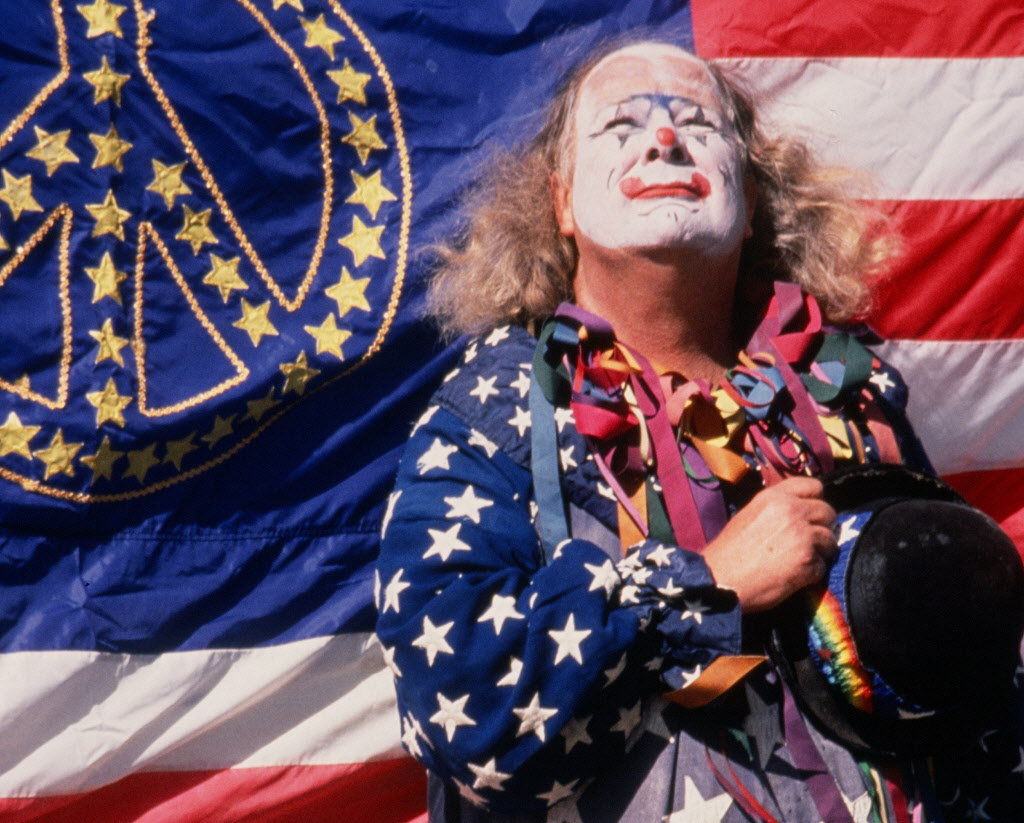 Romney was born in East Greenbush, New York on May 15, 1936. He attended William Hall High School in West Hartford, Connecticut. In 1954, Romney volunteered for the military draft and was honorably discharged after 22 months in the U.S. Army. Under the GI Bill, Romney entered Boston University Theater Department in 1957, then attended the Neighborhood Playhouse for the Theater in New York City. He worked at The Gaslight Cafe at night as poetry and entertainment director. His early career was managed by Lenny Bruce. For a time he shared an apartment with singer-songwriter Tom Paxton in Greenwich Village, and Romney was one of Bob Dylan's earliest friends in New York City. Manager Lenny Bruce brought Romney to California in 1962 where Romney did a live recording of Hugh Romney, Third Street Humor as the opening act for Thelonious Monk at Club Renaissance in Los Angeles.

The Hog Farm Collective was established through a chain of events beginning with Ken Babbs hijacking the Merry Pranksters' bus, Further, to Mexico, which stranded the Merry Pranksters in Los Angeles. Romney was evicted from his one-bedroom cabin in Sunland, a northern suburb of Los Angeles, after the landlord found out that a large group of assorted Pranksters and musicians were staying there. Two hours later, a neighbor informed Romney that a nearby hog farm, owned by Claude Doty, needed caretakers. Romney accepted the offer and worked the farm in exchange for rent. Local people, musicians, artists, and folks from other communes began staying at the mountain-top farm. In his book Something Good for a Change, Gravy described this early period as a "bizarre communal experiment" where the "people began to outnumber the pigs.

By 1966, the Hog Farm had coalesced into an entertainment organization providing light shows at the Shrine Exposition Hall in Los Angeles for music artists like the Grateful Dead, Cream, and Jimi Hendrix. Beginning in 1967, the collective began traveling across the country in converted school buses purchased with money earned as extras in Otto Preminger's feature film Skidoo (1968). The Hog Farm relocated to Black Oak Ranch in northern California in the early 1990s. 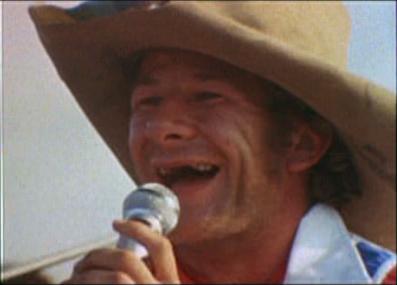 Gravy called his group the "Please Force," a reference to their non-intrusive tactics at keeping order (e.g., "Please don't do that, please do this instead"). When asked by the press — who were the first to inform him that he and the rest of the Hog Farm were handling security — what kind of tools he intended to use to maintain order at the event, his response was "Cream pies and seltzer bottles"(both being traditional clown props; he may have been referring to the silent film era Keystone Kops in particular). In Gravy's words: "They all wrote it down and I thought, 'the power of manipulating the media', ah ha!" Gravy has been the MC, and the only person to appear on the bill of all three Woodstock Festivals.

On the morning of the 20th Anniversary of the Woodstock Festival, he was interviewed — along with Ken Kesey — live on Good Morning America at the Bethel concert site, where he discussed his experience as the MC of the event.

Gravy's first appearance at an event in the Neo-Pagan community was at the WinterStar Symposium in 1998 with Paul Krassner.  He appeared there again in 2000 with Phyllis Curott, where he joined Rev. Ivan Stang in a joint ritual of the Church of the SubGenius and his Church of the Cosmic Giggle.

At the Rock and Roll Hall of Fame and Museum's psychedelic tribute to the 1960s "I Want To Take You Higher", Gravy's sleeping bag and tie-dyed false teeth were displayed.

At the 1969 Texas International Pop Festival Romney was lying onstage, exhausted after spending hours trying to get festival-goers to put their clothes back on, when it was announced that B.B. King was going to play. Romney began to get up; a hand appeared on his shoulder. It was B.B. King, who asked, "Are you wavy gravy?" to which Romney replied "Yes." "It's OK; I can work around you," said B.B. King, and he and Johnny Winter proceeded to jam for hours after that. Romney said he considered this a mystical event, and assumed Wavy Gravy as his legal name. Gravy is also the co-founder, with his wife, of the circus and performing arts camp Camp Winnarainbow, in Laytonville, California, near The Hog Farm.

Gravy established the store Nobody's Business across the road from the Hog Farm,reminiscent of his "Nobody for President" campaign — as in: "Who's in Washington right now working to make the world a safer place? Nobody!"; "Nobody's Perfect"; "Nobody Keeps All Promises"; "Nobody Should Have That Much Power"; etc. The joke had previously been used in the 1932 short film Betty Boop for President.

The "Nobody for President" campaign held a rally across from the White House on November 4, 1980 that included Yippies and a few anarchists to promote the option of "none of the above" choice on the ballot.

In your opinion what was the events that made 60s to be the center of the political and social conquests
Genoside and rock and roll.  Also, the new age spiritual movement.  And vegetables. 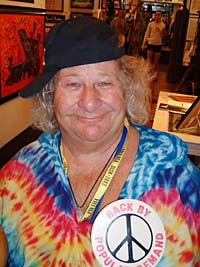 Do you believe that nowdays there’re things to change in any level?
Yes.

What do you believe that it is the turning point of our civilization?
The Maya suggest the great conscious shift of the year 2012.

How dream can be carried out and not fall into a dreamcatccher?
William Butler Yates suggests in dreams begin responsibility. Catch me if you can.

What MOTTO of yours you would like to stay forever?
Kissing builds up your mouth.  And, eternity now.

What characterize the philosophy of the Seva foundation?
Compassion in action. 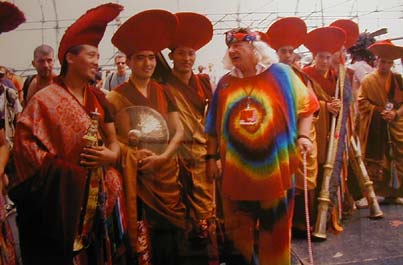 How you would spend a day with Avalotikesvara?
Whatever he wants to do is cool with me.

What would you like to ask Buddha Sakyamouni?
Can I rub your belly for luck.

What would you say to Albert Einstein?
You smell nice.

What advice would you give to the future President of USA?
Practice resurrection.

Do you feel betrayed or satisfied of your generation?
No and yes.  And no.  And maybe.

In which things can hope be based on?
Peace and carrots.

What experiences in your life make you a GOOD people, how do you want to be remembered?
My life with Seva and Camp Winnarainbow.  He put his good where it will do the most. 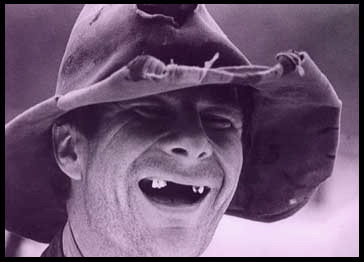 Which memory from Woodstock makes you smile?
Breakfast in bed for 400,000.

Are there any memories with Timothy Leary, which you’d like to share with us?
We lectured together at Humboldt State and he is a party animal and kept me up all night.  He also had a smile like a searchlight.

What are some of the most memorable tales with Grateful Dead?
On the plane ride back from the first Seva meeting, I was seated cosmically with the Grateful Dead and persuaded them to perform a benefit for Seva.  Always begin with the drummers.   Jerry always says yes.  And Bob Weir is  an honorary lifetime board member.   And Ram Dass is too.

Did Hippies played an important role to the youth today?
Yes.

What is the “think” you miss most from the Hog Farm “family”?
We’re still there. 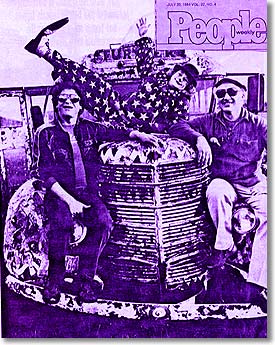 Do you remember anything funny or interesting from the Merry Pranksters?
No.  My chromosomes have amnesia.

Which is the most interesting period in your life and why?
I have nostalgia for the future.

From whom have you have learned the most secrets about the arts?
The Buddha and the blues.  I.e. Siddhartha and Stevie Ray Van.

What was the relation between music and activism?
The music lifted our spirits and gave us a soundtrack for living.

Of all the people you’ve meeting with, who do you admire the most?
My wife Jahanara, she is my protector. 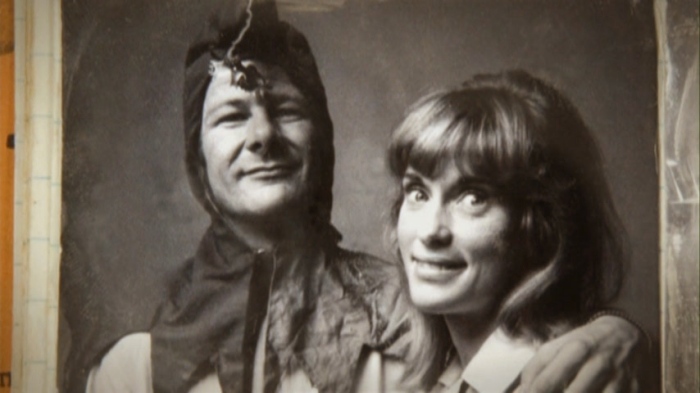 What mistakes of your generation would you want to correct?
More peas less carrots.

What are the things that you miss most from your generation?
Plenty of nothing. i.e. The sign above the door of the Merry Prankster bus read “Nothing Lasts”.

You have been traveling all around the world. What are your conclusions?
My conclusions can be summed up in a quote by Kurt Vonnegut, “history is a list of surprises.”

When did you last laughing (and cry) and why? 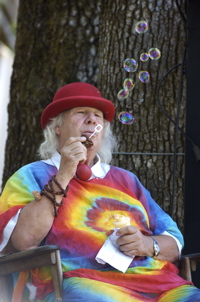 The demise of my good friend Burt Shneider who produced Easy Rider and Hearts of Minds, made me both laugh and cry, although not necessarily in that order.

To which person would you like to send some of your Bubbles?
Barak Obama.  I’d tell him to blow up bubbles not bombs.