"Blues motivated me to be someone and to aspire to be something different.It’s important to me as is other genres of music. Well music has affected everything about my life."

Oli Brown: Here I Am

Late 2002 saw Oli pick up a guitar for the first time. Two and a half years later at age of 15 he was invited to America as the guest of American Blues band Blinddog Smokin’. This first trip saw Oli on the same stage as Buddy Guy and Taj Mahal. In 2008 Oli was signed to the German Blues label, Ruf Records. Thomas Ruf  flew into the UK to see Oli perform and signed him on the spot. Oli’s debut album, OPEN ROAD, was recorded and released in 2008 and received great reviews across the UK and Europe. 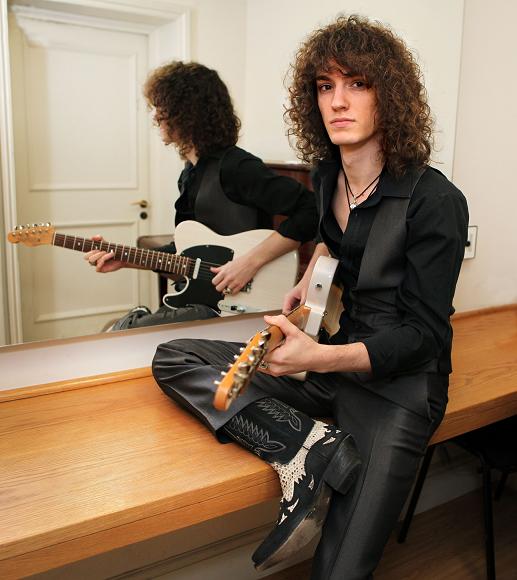 The Oli Brown Band was the only UK act to be selected for the 2008 International Blues Convention in Memphis. While in Memphis Oli was asked by John Fry (the owner of Ardent Studios) to go in and record a live session for them - this session received 1.3 million hits in three weeks.   Vanquish Guitars became an endorsee of Oli and now produce the Oli Brown Signature guitar (made to the specific requirements that he wants on stage). Hofner, Blackstar, Kustom, Ernie Ball, Whirlwind, T-Rex and Shure all now support and endorse Oli Brown.

2010 saw Oli return to the studio with the legendary producer, Mike Vernon (Fleetwood Mac, Eric Clapton, John Mayall, Freddie King, etc).  Mike came out of self imposed retirement to work with Oli after seeing and hearing him on various You Tube videos. The Mike Vernon produced album, HEADS I WIN TAILS YOU LOSE, was released April 2010. Some year, saw Oli touring in the UK,  Europe, New Zealand, Canada and America. October and November 2011 saw The Oli Brown Band on a major 25 date UK tour with the legendary John Mayall and at the end of the tour John Mayall invited Oli to be the lead guitarist in his band for the December 2011 Jakarta Blues Festival.

Oli's third album, “Here I Am”  which is planned for release this April.

Oli, when was your first desire to become involved in the blues & from whom have you have learned the most secrets about blues music?

When I was 12 I started playing guitar and really just appreciated blues for the fact I could solo over it. I never gave it much thought. I had a lucky chance when I was 15 to tour with an American Band called Blinddog Smokin’. They told me all about the music, told me to sing and to make my own band. A lot of what I know is because of them. I started writing songs and I’ve never really gone with an intention of writing Blues songs, I’ve taken more of an approach of using it as a base influence as that’s the music that I’ve grown with. 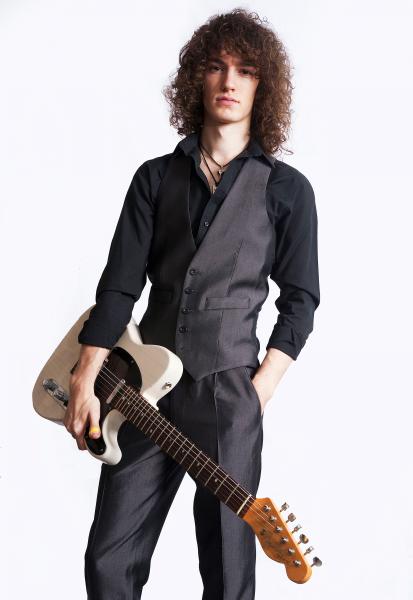 What does the BLUES mean to you? How has music changed your life?

Blues motivated me to be someone and to aspire to be something different. It’s important to me as is other genres of music. Well music has affected everything about my life. Without music I wouldn’t be touring or inspired to do much. It’s my creative outlet. Just listening to it is a Remedy itself. I hate silence, everywhere I go it’s played whether I’m travelling or at home.

That America trip with that band as it really did make me believe I could do something more with my music. I wouldn’t even be singing if it wasn’t for them. It really did inspire me and helped me develop my own craft to be the player that I am now. As for worst moments, ha. I don’t know... Bad things happen of course but I don’t really dwell on it, there’s no point. Usually there’s something to learn from it and it takes another form. There’s one moment when I was supporting a guy and my saddles on an old guitar I had came off. The strings became unplayable and I lost the screw as it fell out so I couldn’t play it. Luckily the headline gave me their guitar to finish the show on. That was 4 years ago... I have a spare with me most times now.

What do you learn about yourself from the music? What experiences in your life make you a GOOD musician?

I gain perspectives when I write. I only write what I feel or what I have felt and experienced. I don’t pretend to write things I don’t understand. When I’m alone writing lyrics it gives me time to think about myself. I work a lot at being a better musician. I guess that’s my experience. I’m always trying to open my eyes to more influences and more musicians to inspire my creativity. 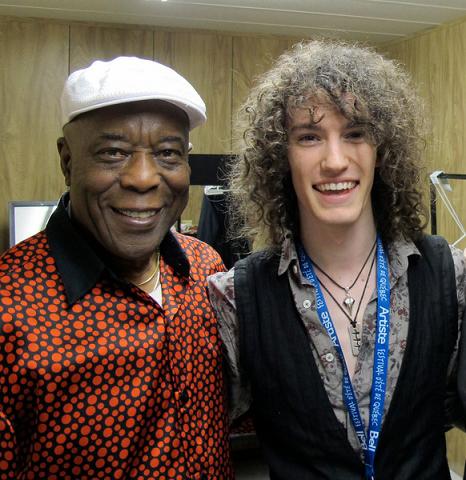 You have played with many bluesmen (Buddy, Taj, Mayall, Ford, Trout), which are mentioned to be a legend. It must be hard, but would you try to give top 3, which gigs have been the biggest experiences for you? And why?

My hometown show at Norwich in a venue called the “Waterfont” is a fun gig because we get a nice big crowd and my friends and family get together too and we get around several hundred people together. It’s like a little family there. There are a lot of fun shows. I can’t really say one takes priority over another. They all have so much importance to me and mean something. We did some great shows in America last year where the band felt tighter than it ever had.

He watched so many of our shows and would always make a point on commenting on songs and giving good feedback and stage ideas. He’s got a vibe, It was good being around him. A very humble performer and person.

I wonder if you could tell me a few things about your work with Mike Vernon, any comments about your experiences with him?

He is a great man. I had a lot of fun working with him and he really did inspire the sound of the album. I think Mike has a staple sound that I’m glad he put onto the record. He helped write some of the songs and gave me some guidance too. We met up before recording and spent a few days together to work on the album but we’d always end the night just talking till the early hours. We had a lot to talk about and I had a lot to ask him. It was a pleasure working with someone as inspiring as him. 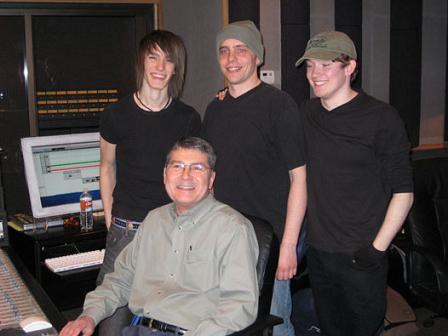 How did you get hooked up with  John Fry, would you mind telling me your most vivid memory from Ardent Studios?

We were going to Memphis and a someone who represents Memphis in England put a video of my work forward to him. From the YouTube video he contacted me to invite me to record a couple of tracks with him. He also took the whole band to Stax Museum and gave us a guided tour which was amazing.

Was quite a few years ago now. That whole trip was 5 days and we had a full day everyday performing and meeting people. It was absolutely crazy. We tried to do too much in too little time and never had a chance to stop and think! Haha We couldn’t keep up with ourselves. It great trip. But I can barely remember a thing about it as it all happened so much and so fast!

Hendrix without a doubt. There’s been no one like him ever since. 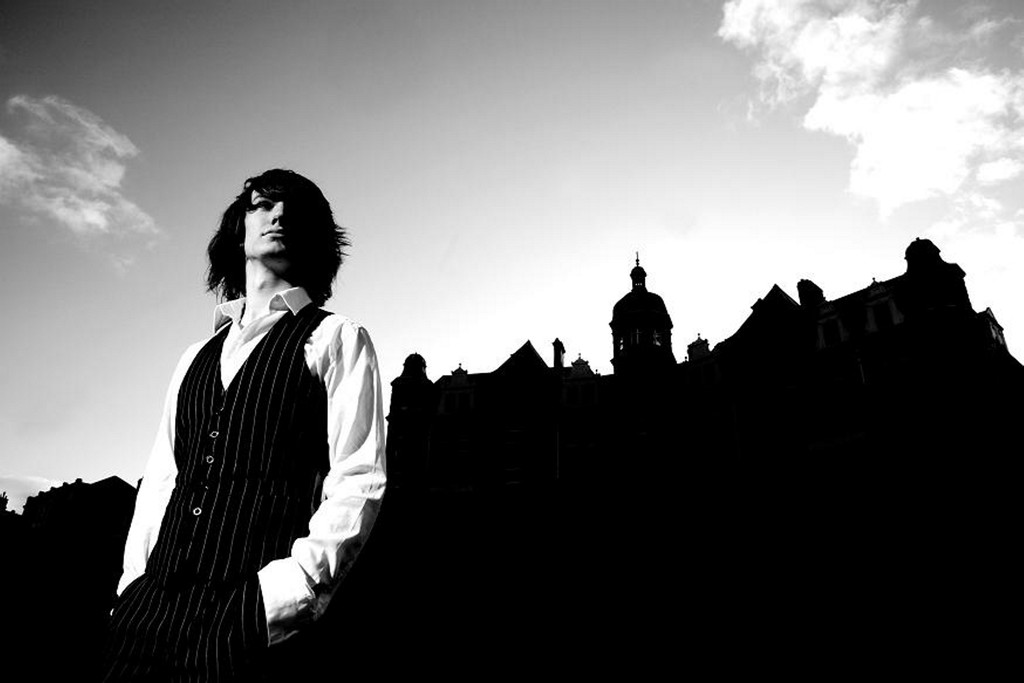