JW - Jones has one of the most energetic and exciting live shows on the scene. It is no surprise that this young man has played throughout the world and some of the biggest names in blues today, including The Fabulous Thunderbirds, Little Charlie & The Nightcats, Rod Piazza, Anson Funderburgh with Sam Myers, The Mannish Boys and the legendary Hubert Sumlin have invited him to join them on stage.
During a special appearance with the band, Hollywood celebrity and fan, Dan Aykroyd said, "this is an amazing blues band, and I've played with the best!" Mr. Aykroyd wrote the liner notes for the 2008 release ‘Bluelisted’. 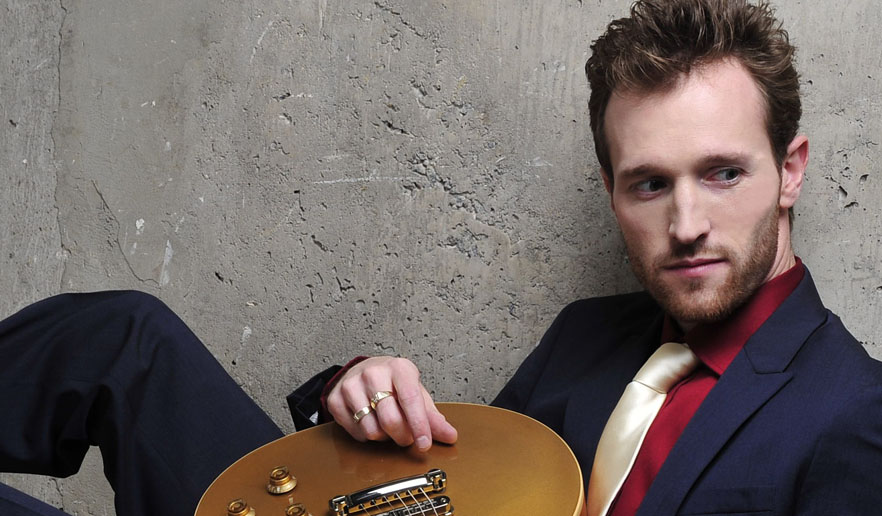 Their music has garnered radio-play worldwide, including heavy rotation on commercial radio stations, and features on shows such as the internationally syndicated House of Blues Radio Hour.
In 2009, Guitar World Magazine featured a CD called ‘Guitar Masters Vol. 2’ that put Jones alongside guitar stars B.B. King, Jimmy Page, Jeff Beck, Carlos Santana and more.
The buzz this band has created over the last decade has earned them a national award - the Maple Blues Award for Electric Act of the Year, and rave reviews throughout the globe. Jones endorses Gibson guitars, has been featured in Blues Revue Magazine and can be found in the books All Music Guide to Blues and Penguin Guide to Blues Recordings. Musicians that tour with Jones, Jeff Asselin (drums) and the heavy grooves of Jesse Whiteley (organ) always add a powerful energy to the stage.
Canada's Top Touring Blues Act, Jones and his band are born entertainers, and with their unique sound, they continue to set the world on fire one country at a time!

JW, what made you fall in love with the blues music?

Friends introduced me to Zepplin, Hendrix, and then blues artists like B.B., Stevie, Fabulous Thunderbirds, etc... 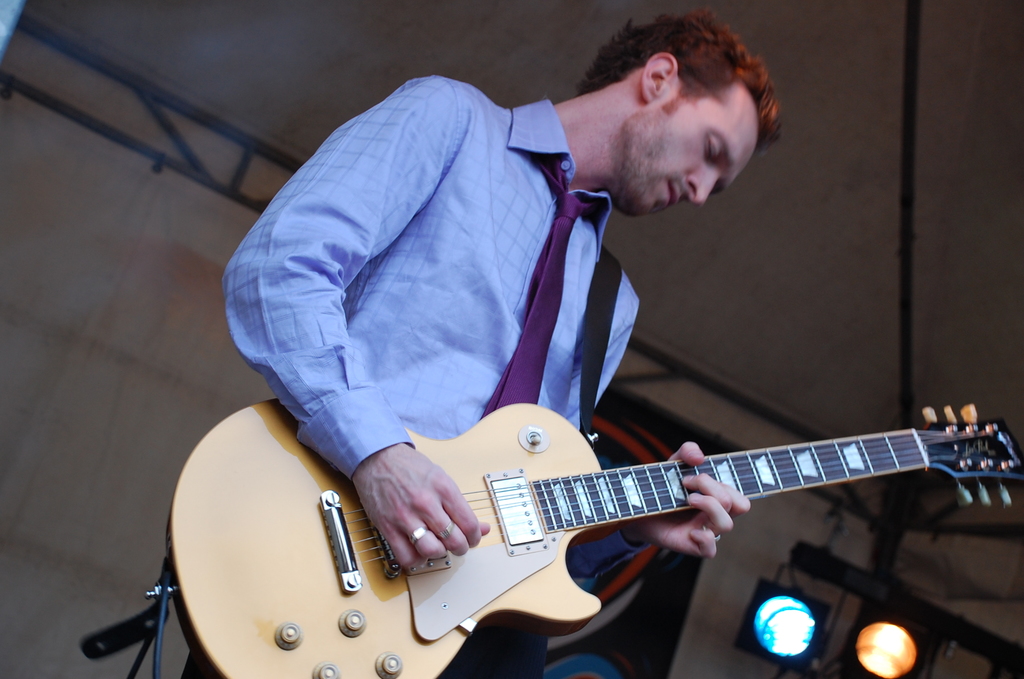 "I am not sure that music helps me learn about myself, but rather is the soundtrack to my life, and my songs are often true stories that are real experiences."

Who are some of your musical influences?

I've been so luck to meet or record with most of my biggest influences; B.B. King, Kim Wilson, Jimmie Vaughan, Fabulous Thunderbirds, Little Charlie and the Nightcats, David Fathead Newman (from Ray Charles).  Charlie Musselwhite and Hubert Sumlin are on our newest release, Midnight Memphis Sun.

I am not sure that music helps me learn about myself, but rather is the soundtrack to my life, and my songs are often true stories that are real experiences.

What characterize the sound of Gibson guitar? What are the secrets of Gibson?

Gibson interviewed me about a year ago, and I explained that one thing that really helps me get the tone I want is by rolling down the treble tone pot so that it's not too treble-y, and gets beefed up with thickness - yet still providing the cutting sound to get through. 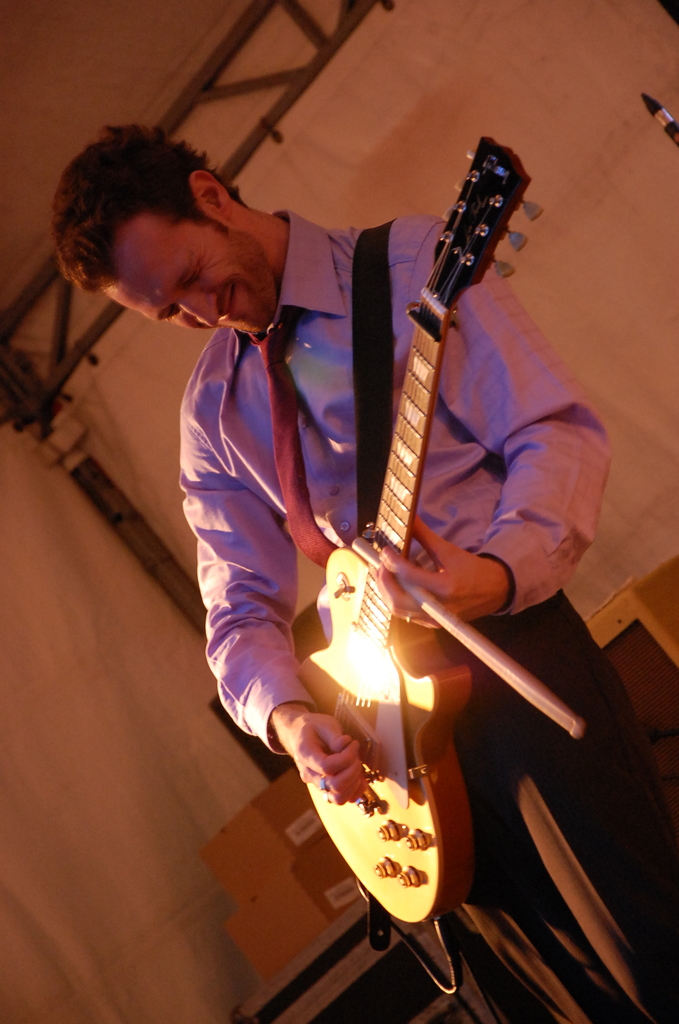 "JW Jones has one of the most energetic and exciting live shows on the scene. It is no surprise that this young man has played throughout the world and some of the biggest names in blues today, including Fabulous T-birds, Anson Funderburgh with Sam Myers, Mannish Boys and Hubert Sumlin have invited him to join them on stage."

Do you remember anything funny or interesting from the recording time with Charlie Musselwhite?

Actually our schedules didn't line up enough to allow me to be in the studio with him, so he recorded his parts in California.

How did you first meet Dan Aykroyd, three words to describe him? What advice has given to you?

I met him outside a club we were playing in Kingston, Ontario, where he has a house. He was planning to come see us perform that night, and he did!  My three words for Mr. Aykroyd would be - Generous, Fun, Talented.  I'd say he's given me inspiration more than advice, as he has been very supportive over the years, playing us and interviewing me on the House of Blues Radio Hour, hiring my band for parties, and he wrote the liner notes on our CD Bluelisted.

Would you mind telling me your most vivid memory from Kim Wilson?

I can't say I have just one, though I will never forget the day he called to say he'd like to "help" us out by being a guest on Bogarts Bounce.  He said he didn't even want to get paid, he was just happy that we were doing it right. 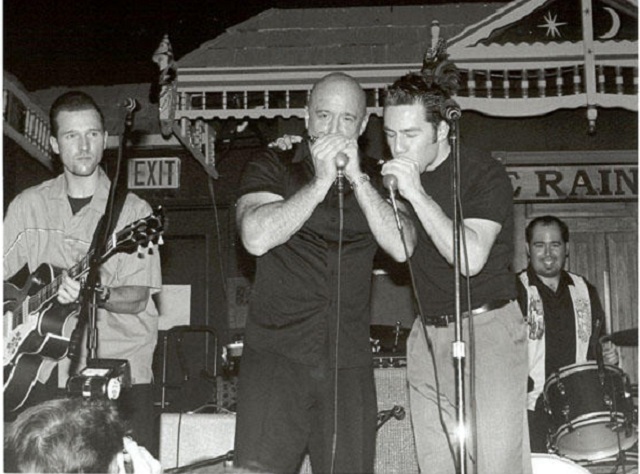 We just want to put on a great show and connect with people to make them smile and have a great time. We're usually pretty good at accomplishing that!" (Photo: JW Jones and Kim Wilson)

Each performer has their own lesson, some subtle, some more direct.  I'd say Kim Wilson and Little Charlie Baty have been my biggest musical influences.

When it comes to the business, Charlie Musselwhite has been very helpful as well.

Tell me a few things about your meet & work with David ‘Fathead’ Newman, what kind of a guy was “Fathead”?

We recorded him near his home in upstate New York.  He was so good and efficient that his first takes were perfect, but we decided to get him to take a second run on the songs just so that we could listen and enjoy his phrasing and warm tone.  He was very quiet but kind and patient with us young bucks! 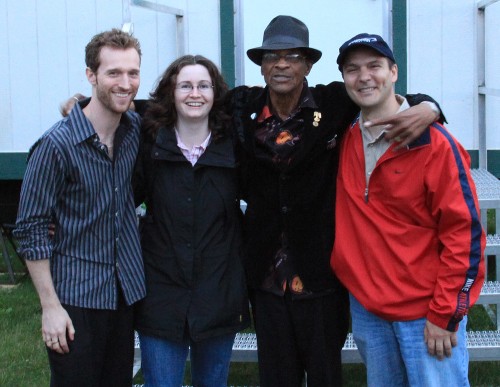 Hubert was the most smiley blues-man I have ever met.  Kind-hearted and warm, he was always laughing and telling stories about his days with Wolf, Muddy, and his amazing life.  In the studio he was quick and easy to work with, and just the ultimate gentleman.  I can't say enough about how kind he was. After the session, I was putting my guitar away and as I looked up, it was Hubert walking towards me with open arms to give me a hug and say thank you.  I felt that it was a little bit backwards, but this is a great example of what kind of man he was.  I will miss him...

In terms of legendary guitarists... Hubert Sumlin is at the top.  He influenced so many guitarists that are now better known, such as Clapton, Stevie Ray Vaughan, Keith Richards, but he is the source for their inspiration.  Otherwise, Little Charlie Baty and Junior Watson are also at the top of the list.  Luckily I have recorded with all of them, and feel very blessed to have had the opportunity to work with them.  The gigs that are the most significant for me are some of the shows I have done with my own band that featured guests like Kim Wilson and Little Charlie Baty. There are also highlights such as playing in front of 40,000 at the Waterfront Blues Festival in Portland, or recently, 16,826 people at an Ottawa Senators (NHL hockey) game.  I like playing for non-blues audiences that allow us to convert people and introduce them to sounds they may have never heard before.

We just want to put on a great show and connect with people to make them smile and have a great time.  We're usually pretty good at accomplishing that! Would you mind telling me your most vivid memory from Europe?

The big change was that we played two completely different places in 2011 from the previous year.  One was a festival called the Dark Season Blues Festival in Svalbard, Norway.  That is the top of Norway, actually it's the arctic.  3000 polar bears and 2500 people.  The light was absolutely stunning, as it was getting close to the time of year where it's dark for months.  It was a very special place and so many amazing people that became like family after only a few days there.  After Svalbard, we played on JT Lauritsen's Blues Cruise from Oslo to Kiel, Germany.  Many of the same bands that were in Svalbard were on the cruise, such as Bryan Lee, Mike Zito, and Mike Andersen.  All amazing musicians and completely different styles, but the best part is that I can now call them all friends.  I'd say it was one of the most fulfilling tours I've ever had because of the amazing personal connections I was able to make with these new friends.  Plus, we all played together in many different forms during our time together.

Dog training and spending time with my samoyed, Dallas. He is a beautiful dog, now 5 years old, and I've trained him to get me a drink from the fridge.  He's on YouTube ("Dallas gets a drink from the fridge") with more views than any of my band videos!  I also enjoy watching hockey in the winter, and mostly - hanging out and laughing with friends! 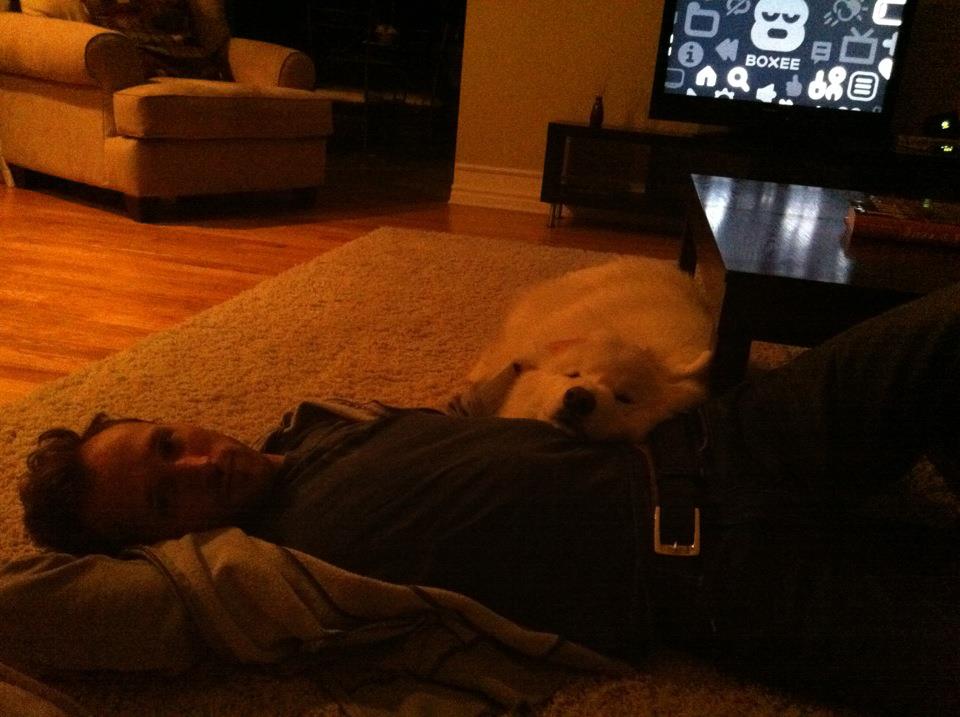